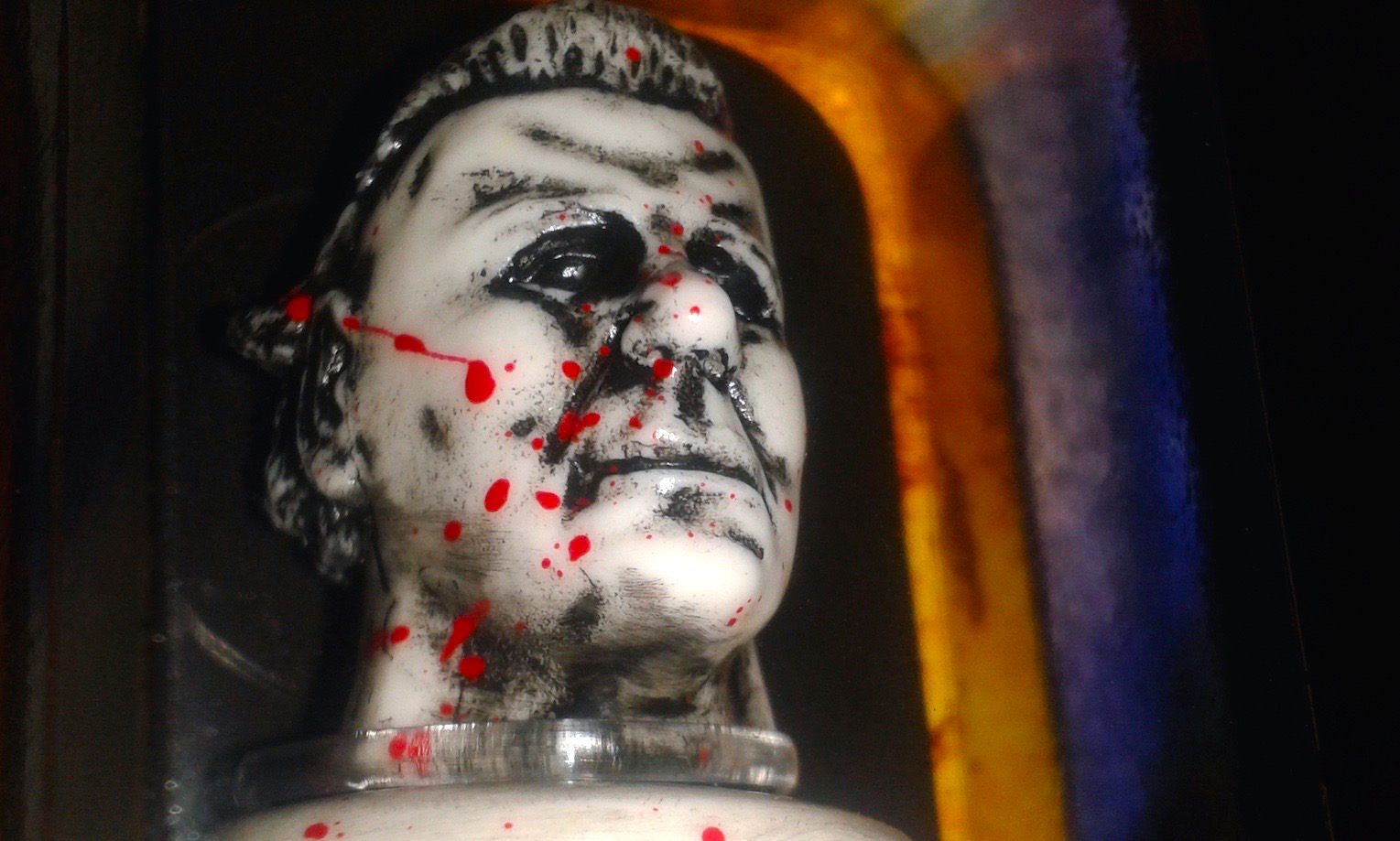 The Challenge: Find seven unique and hand-crafted horror collectables to present as gifts to my good friends when we all meet up for our once a year weekend of reminiscing, talking, movie watching and beer drinking. Previous gatherings had seen some incredible items being handed out, and this year it was my turn to deliver a little magic. The pressure was on me BIG TIME, and I was determined to come up with something painfully special!

The Solution: Reach out to the home of Horror Pop Weirdness – Jack’s Attic. A combination of good timing, shared passions and a desire to make ultra cool resin toys resulted in a collaboration with Jack, and a plan to create seven special ‘Kill People’ peg figures that would hopefully have the power to make adult horror fans cry with joy!

If you’ve been following these articles over the last couple of weeks you’ll probably have noticed that each figure was designed to specifically appeal to one of my friends and the horror movies or horror characters they love the most. Stabface was presented to a massive Scream fan. Krueger went to live with an Elm Street obsessive, and last week you got to meet Crystal Blue, a ghostly vision of Jason living at the bottom of Crystal Lake, which was created for a lifelong Friday The 13th nut!

Today we’re taking a closer look at a figure I named “Blackest Eyes“, which is obviously taken from the CLASSIC line of dialogue that Donald Pleasence so perfectly delivered in the original Halloween movie.

“I met him, fifteen years ago. I was told there was nothing left, no reason, no conscience, no understanding, and even the most rudimentary sense of life or death, of good or evil, right or wrong. I met this six-year-old child, with this blank, pale, emotionless face, and the blackest eyes … the devil’s eyes. I spent eight years trying to reach him, and then another seven trying to keep him locked up because I realized that what was living behind that boy’s eyes was purely and simply … evil.” 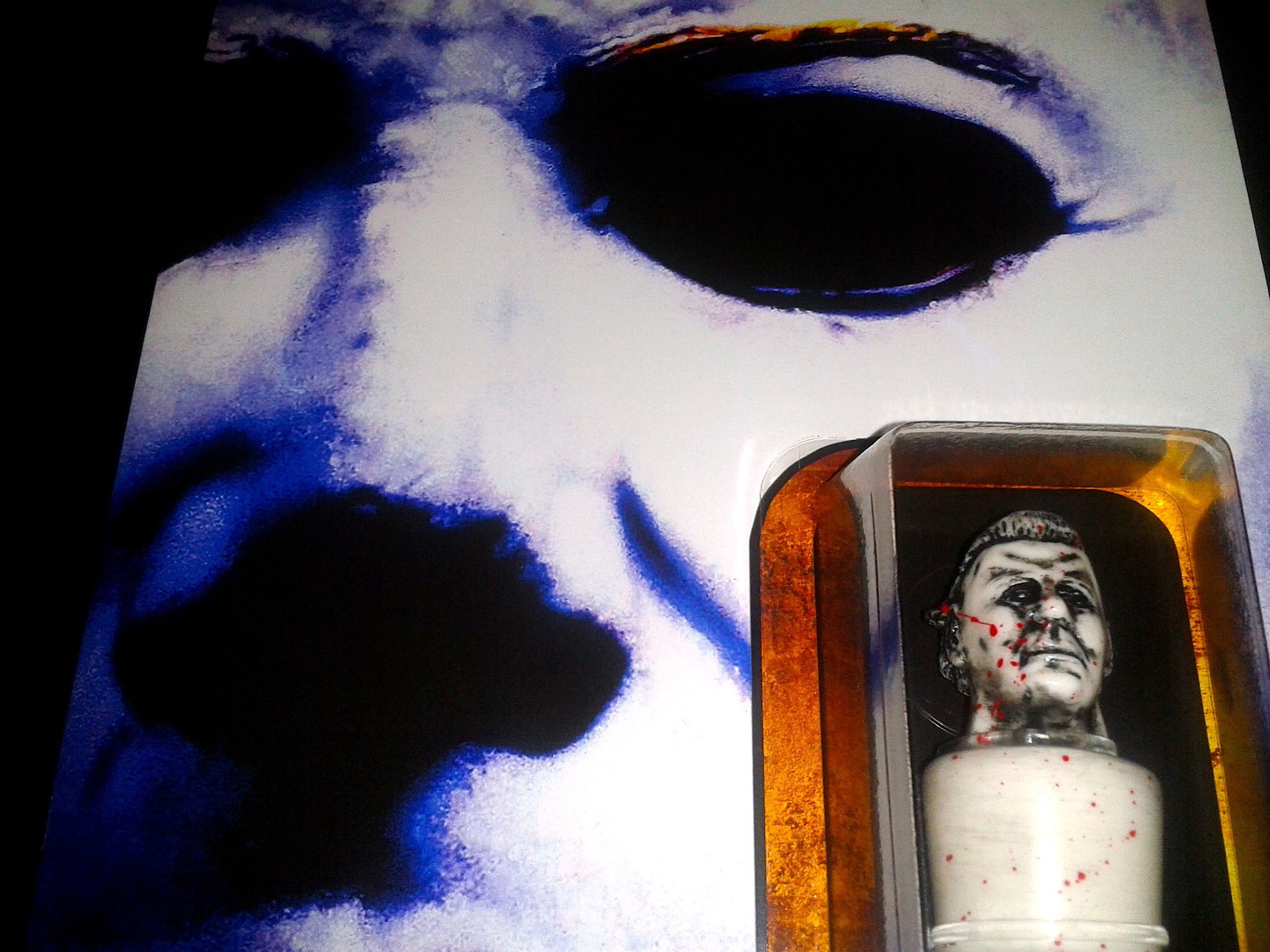 The friend this was destined for is a huge collector of Halloween memorabilia, especially the masks, so I quickly decided that my mission for the figure was to make it the ultimate tribute to Michael’s iconic face. I wanted something striking and simple, but I was also wary of ending up with a finished piece that might look a bit boring alongside the other more vivid and intense figures that were going to be part of the crew we were creating.

When Jack released his second wave of Kill People figures that were based on Michael, he had created a variant he called “From The Shadows” which glowed in the dark. This figure had been given some brushed detailing on the mask to highlight the features, and it just looked incredible. I decided a similar finish would be perfect for what I was hoping to achieve and asked Jack to put together a figure that was bone white from top to bottom and just add the black highlights to the face. A no-nonsense design that would draw your attention to the mask and nothing else. The finishing touch was a request to add some VERY fine blood splatter to the figure, but it needed to be seriously subtle, almost a mist, a reminder of what the mask represents and why Michael wears it.

I zapped the idea over to Jack and this figure was on the road to becoming a reality. 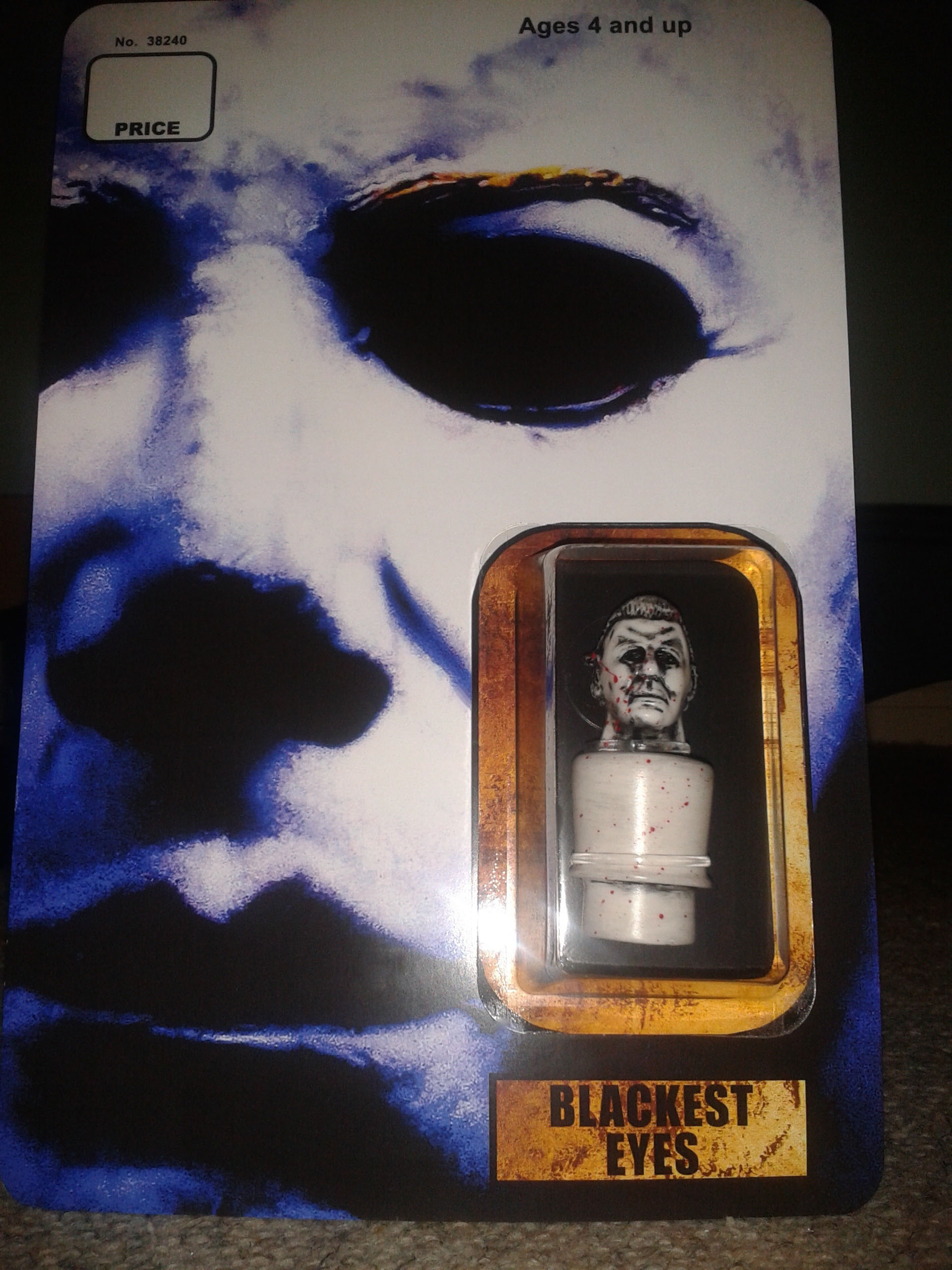 The backing card design was a very quick and easy decision to make. Nothing comes close to the impact you get from the now widely used close-up of the mask that has been featured on multiple movie posters over the years. We played with the contrast a little to make it brighter, which in turn made the eye holes darker, and that was that. A PERFECT image to complement this haunting piece, and I think the way it covers the entire card looks pretty good.

During the time Jack was working on these figures it was Blackest Eyes I was anticipating seeing finished the least. Not because I doubted it would look great, but simply because it was a simple and subtle concept. I knew what it would look like, so didn’t give it much thought. BUT, when I saw it for the first time … I can honestly say it was probably the figure that initially surprised and impressed me the most.

As he tends to do, Jack had taken my idea and pushed it to the next level. Instead of making it just a bone white color, he had carefully given it a dark wash, which resulted in a piece that looked like a pencil sketch. It gave it more presence, a scruffy visual boost that really brought it to life. The blood splatter was applied with incredible skill and the whole thing looked SO good attached to that card.

So did we succeed in making a tribute to the Myers mask as I intended? I like to think so. It’s everything I hoped for and much more, plus the person it was presented to screamed with delight when he opened it. 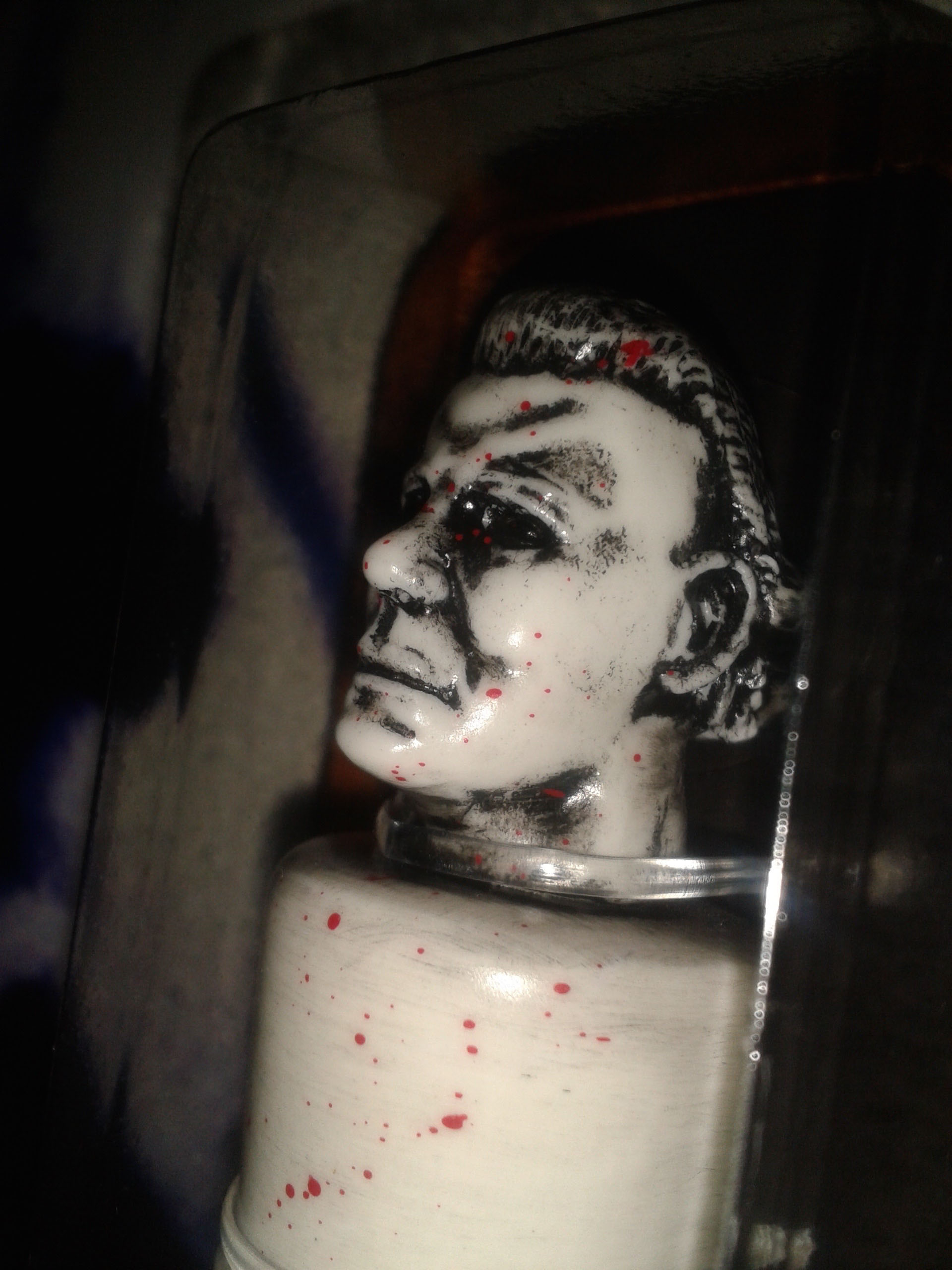