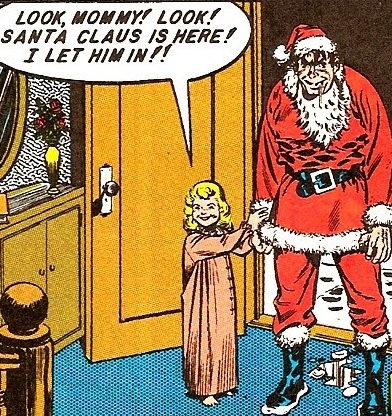 Earlier this year I started a series of posts about my favorite episodes of HBO’s Tales from the Crypt, which I kicked off with Season 2’s Cryptkeeper origin story, ‘Lower Berth.’ We continue the series today by shining the spotlight on a timely episode of the show, which brought a little horror to the holiday season…

We’ve talked extensively about Christmas horror films here on HL, mostly focusing on the efforts from the 80s. I always find it interesting to note that Silent Night, Deadly Night was far from the first horror film to depict Santa as a killer, being beaten to the punch by movies like To All a Goodnight and Christmas Evil – and yet, it was SNDN that took all the heat for the controversial concept.

But the very first horror film to feature a killer dressed in a Santa suit was 1972’s Tales from the Crypt, a British anthology that came out well over a decade prior to the HBO series. ‘And All Through the House’ was the first of five tales told in the film, the story being based on one that EC Comics printed long before anyone else thought to turn the world’s most beloved character into a slasher villain.

In many ways, the EC Comics brand was a true pioneer of the horror genre, and there are few better examples of that than the story ‘And All Through the House.’ The tale was introduced in Vault of Horror #35, which hit newsstands in the early portions of 1954. Yes, EC depicted Santa as a killer a full 30 years prior to Silent Night, Deadly Night being pulled from theaters for doing just that, which just goes to show how ahead of their time the company was.

To put this even more into perspective, it’s worth noting that it wasn’t until six years later that Psycho shocked audiences by showing a toilet being flushed for the very first time on film, which should give you an idea of where we were as a culture, at the time EC Comics was pushing the boundaries and pioneering the holiday horror sub-genre! 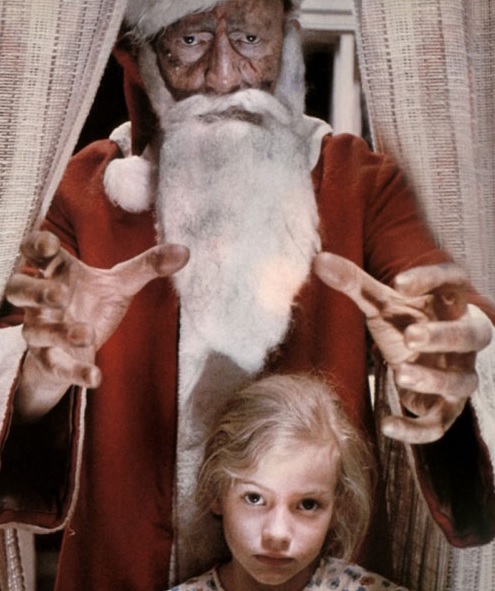 ‘And All Through the House’ is a simple little story, and the three different iterations of it are much the same. In the tale, a woman (Joan Collins, in the 1972 film) kills her husband with a fire poker on Christmas Eve, though her plan to dispose of the body and collect on his insurance goes haywire when a news report warns her that a deranged killer has gotten loose from a mental institution, dressed in a Santa suit and on the prowl.

When the sadistic Santa Claus comes knocking on her door, the woman is unable to phone for help given the fact that she’s just killed her husband, and in classic EC style the story ends with an unexpected twist. The woman’s young daughter, sleeping upstairs, awakens from her slumber and lets ‘Santa’ into the house, believing that the killer is in fact the real Santa Claus.

It was Monster Squad/Night of the Creeps writer and director Fred Dekker who wrote the HBO series’ version of ‘And All Through the House,’ and Robert Zemeckis (Back to the Future, Forrest Gump) who sat in the director’s chair. Introduced by a Santa suit-wearing Cryptkeeper (a real sight to behold), ‘And All Through the House’ aired on June 10th of 1989, only the second episode of the Tales from the Crypt television series.

Taking over the role of the killer Santa was Larry Drake, most known for his role in Dark Night of the Scarecrow. Whereas Oliver MacGreevy’s killer Santa was barely seen in the Amicus anthology, Drake’s Santa is center stage in the TV episode and quite frankly becomes a bonafide slasher icon, looking much more like the Santa drawn in the comic – though MacGreevy’s depiction of Santa is noteworthy for being one of the downright creepiest in horror history. 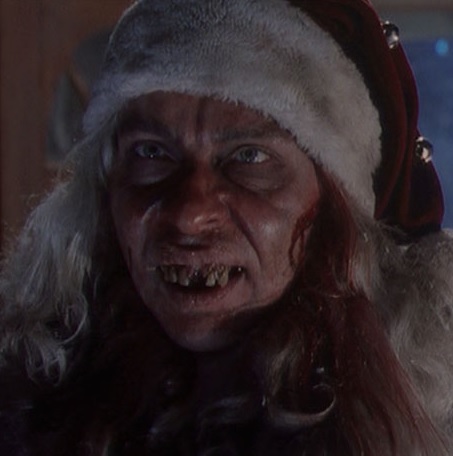 Different than the movie’s telling of the story, the woman (played by a deliciously evil Mary Ellen Trainor) and ‘Santa’ actually engage in a couple of battles, while the levels of gore, humor and intensity are all turned up. A handful of other slight changes were made from the film-to-TV transition, reflecting the shift in horror cinema from the 70s to 80s. The woman, for example, bludgeons her already-dead husband with an axe, hoping to frame the Santa killer for the deed.

Despite some clever expansions on the story that served to pad out the runtime and bring the story up to date with the times, ‘And All Through the House’ is all around much more faithful to the original story than other TV adaptations of the anthology’s segments – both ‘Blind Alleys’ and ‘Wish You Were Here’ were considerably changed, to the point that they were given new titles.

There’s no denying that 1989’s version of ‘And All Through the House’ is the most entertaining, the episode being the absolute personification of holiday horror fun. For me, it simply doesn’t feel like Christmas until I’ve watched it, and it ranks right up there with Silent Night, Deadly Night, Christmas Evil and Black Christmas as one of my favorite fusions of horror and the holiday season.

If you don’t have Vault of Horror’s 35th issue, you can find a read-along video over on YouTube. Both Tales from the Crypt: Season 1 and the 1972 Tales from the Crypt anthology can be found on DVD – the latter of which was recently put onto Blu-ray for the very first time, courtesy of Scream Factory.

Keep your eyes peeled for more of my favorite Tales from the Crypt episodes, in the months to come here on Halloween Love!