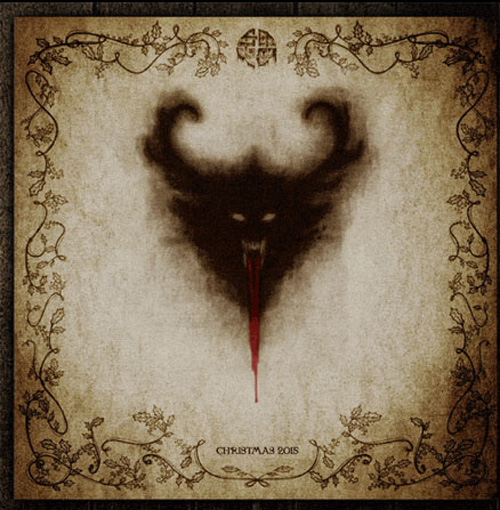 I tweeted earlier today that I don’t want to be friends with anyone who’s not shitting their pants with excitement about Michael Dougherty’s upcoming film Krampus, and I meant every word of that tweet. Dougherty is of course the writer/director of Trick ‘r Treat, and he’s set to do for Christmas what he did for Halloween with next year’s film, centered on the titular holiday beast from Alpine folklore. If that’s not a dream project for us fans, I simply don’t know what is. This teaser image was released today, along with three virtual greeting cards that you can find over on Dread Central. 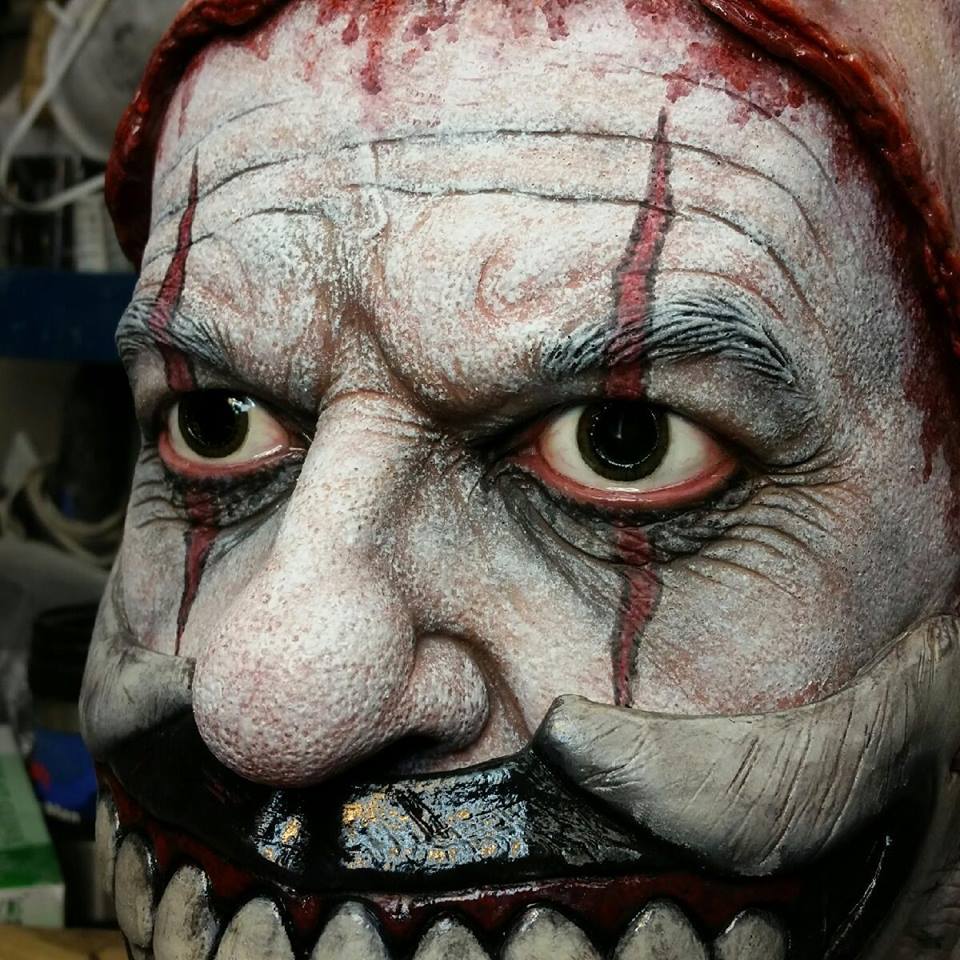 We jump from Christmas back to Halloween, as mask-makers Trick or Treat Studios have already begun showing off sneak peeks of their 2015 products. This week, they shared the above tease of an upcoming Twisty the Clown mask, of course from American Horror Story: Freak Show. A lot of people dressed up as Twisty this year and I can only imagine those numbers are going to grow exponentially next year, largely thanks to the availability of this mask. Twisty has become a bonafide horror icon, to say the very least. 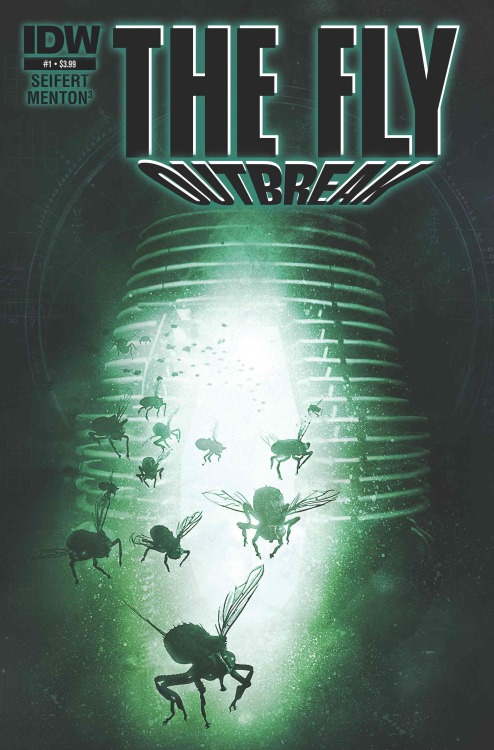 IDW Publishing made a fairly surprising announcement this week, revealing that they’re getting set to put out a five-issue comic series that will continue the story told in David Cronenberg’s The Fly and its subsequent sequel. Titled The Fly: Outbreak, the mini-series centers on Seth Brundle’s son Martin, and it looks like MANY characters in it are going to undergo the horrifying transformation seen in both films. Look for the first issue in March of next year. 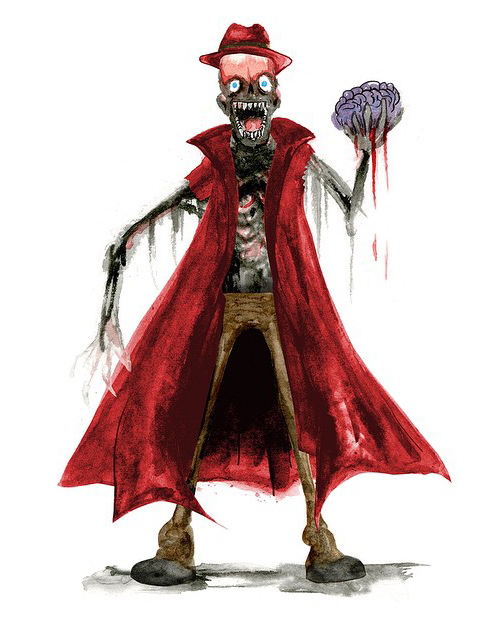 There’s no artist who’s more on display in my home than Alex Pardee, whose colorful art I simply cannot get enough of. One of Pardee’s most popular projects is his ‘Doppelgangers’ series, wherein he draws up horror icons in his own unique style, and I recently came across this whacky addition to the series. Yes, that is indeed Return of the Living Dead‘s Tarman dressed as educational villainess Carmen Sandiego, Pardee naming the mash-up character ‘Tarman Sandiego.’ So yea. This is kinda why I love him. 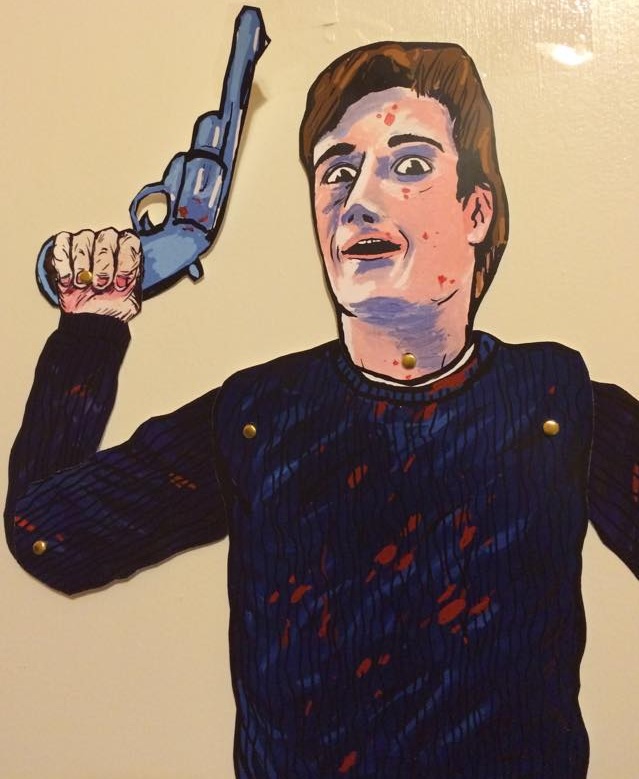 Excuse me for a second, while I throw some shameless self promotion into this post. In celebration of the holiday season, yours truly worked with artist Trevor Henderson on this holiday horror decoration, of course inspired by the wonderfully awful Silent Night, Deadly Night: Part 2. The jointed decoration is available for just $20 in the Freddy In Space shop, and will be going away forever at 10am EST on Saturday, December 20th. So act quick, if you want to infuse a little GARBAGE DAY into your holiday season! 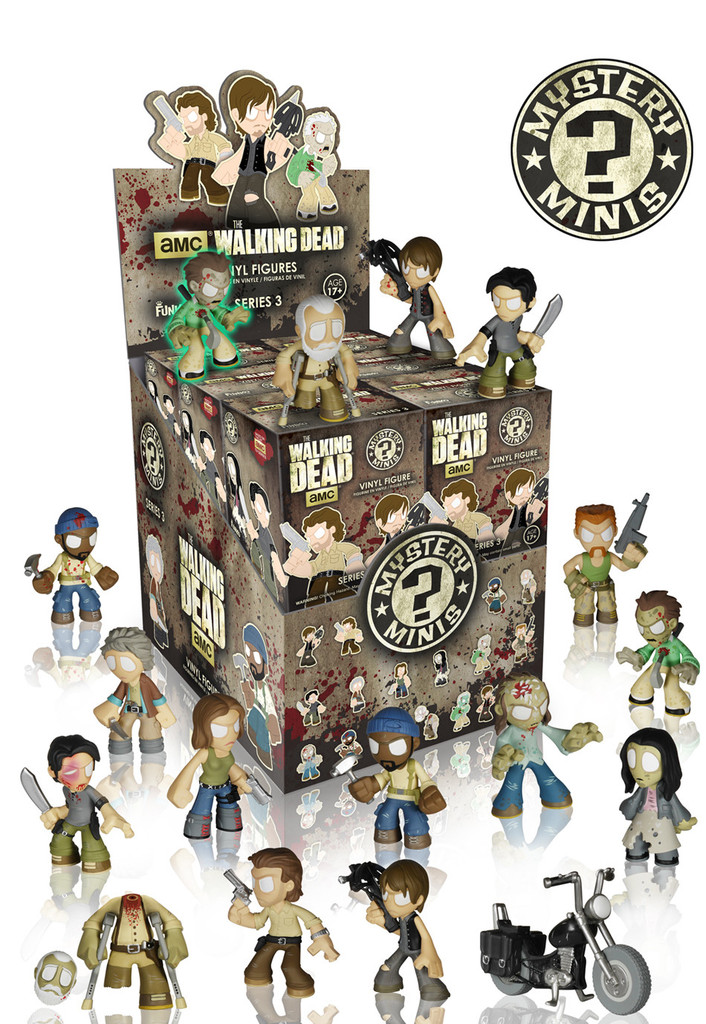 Funko unveiled the upcoming third series of their Walking Dead ‘mystery mini’ vinyl figures the other day, depicting characters from the current season of the show as well as the previous one. Common figures include Maggie, Glenn, Daryl and Rick, while characters such as Carol, Abraham and a head-less Hershel are a bit more rare. Expect to find these in stores February 2015, in the usual blind-box packaging. 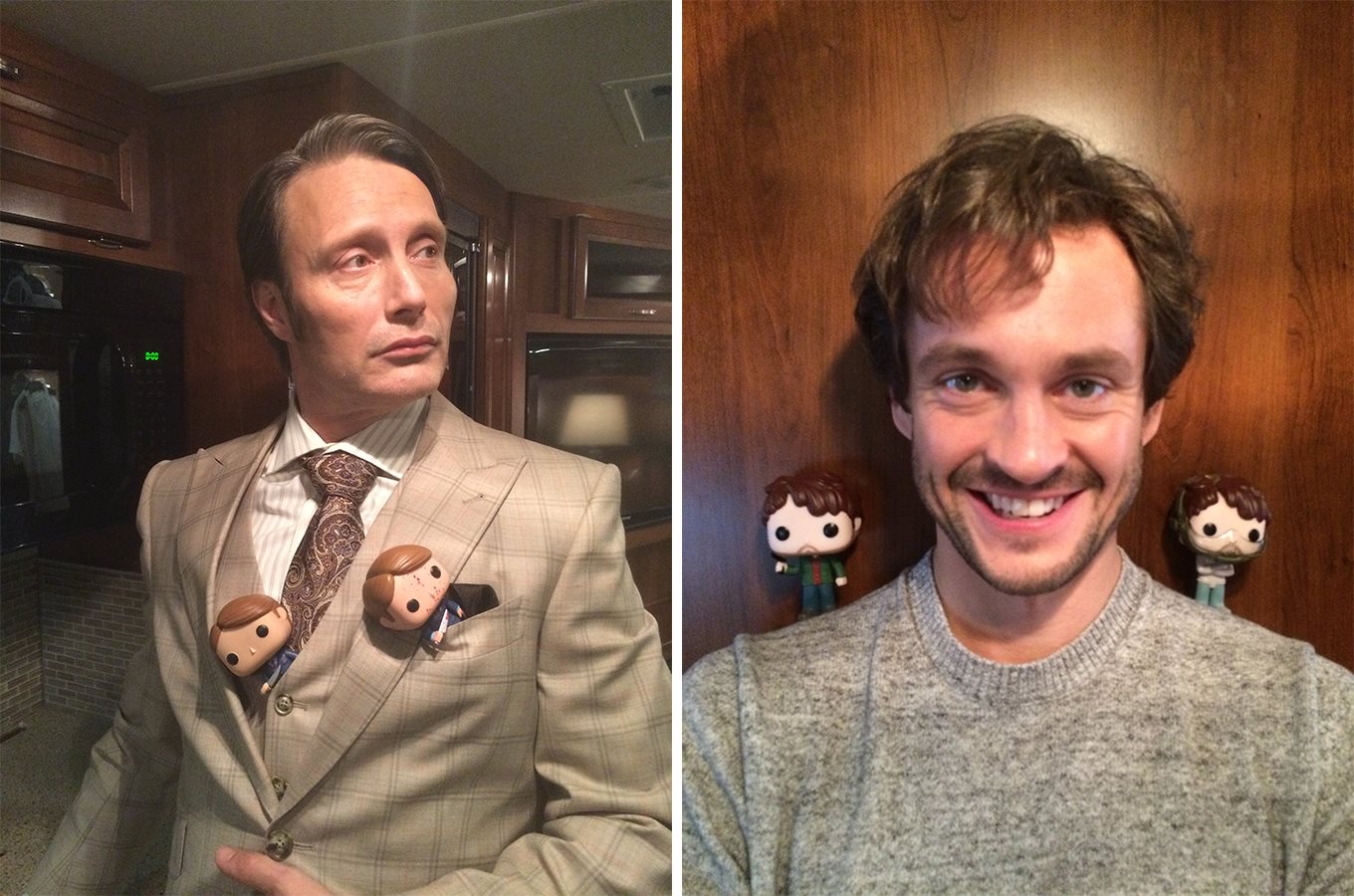 Speaking of Funko, they also shared this photo of stars Mads Mikkelsen and Hugh Dancy playing around with the upcoming Hannibal vinyl toys, which unfortunately aren’t due out until right after Christmas. Shame, because I was hoping Santa would drop at least one in my stocking. And yes, I’m still totally outraged that Hannibal wasn’t nominated for A SINGLE Golden Globe this year – or any other year, for that matter. Season 3 can’t come soon enough. 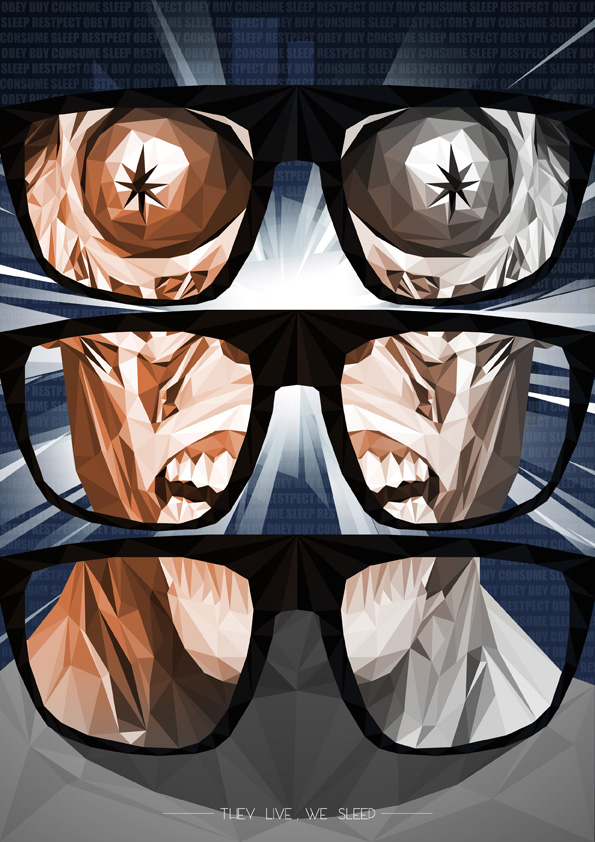 French artist Simon Delart was recently commissioned to do a five-print series based on the films of John Carpenter, and he showed off his handiwork this week. The series includes posters for The Thing, Prince of Darkness, Escape from NY, Escape from LA and They Live, the latter of course pictured above. You can see the others over on Simon’s website, if you dig this one as much as I do.