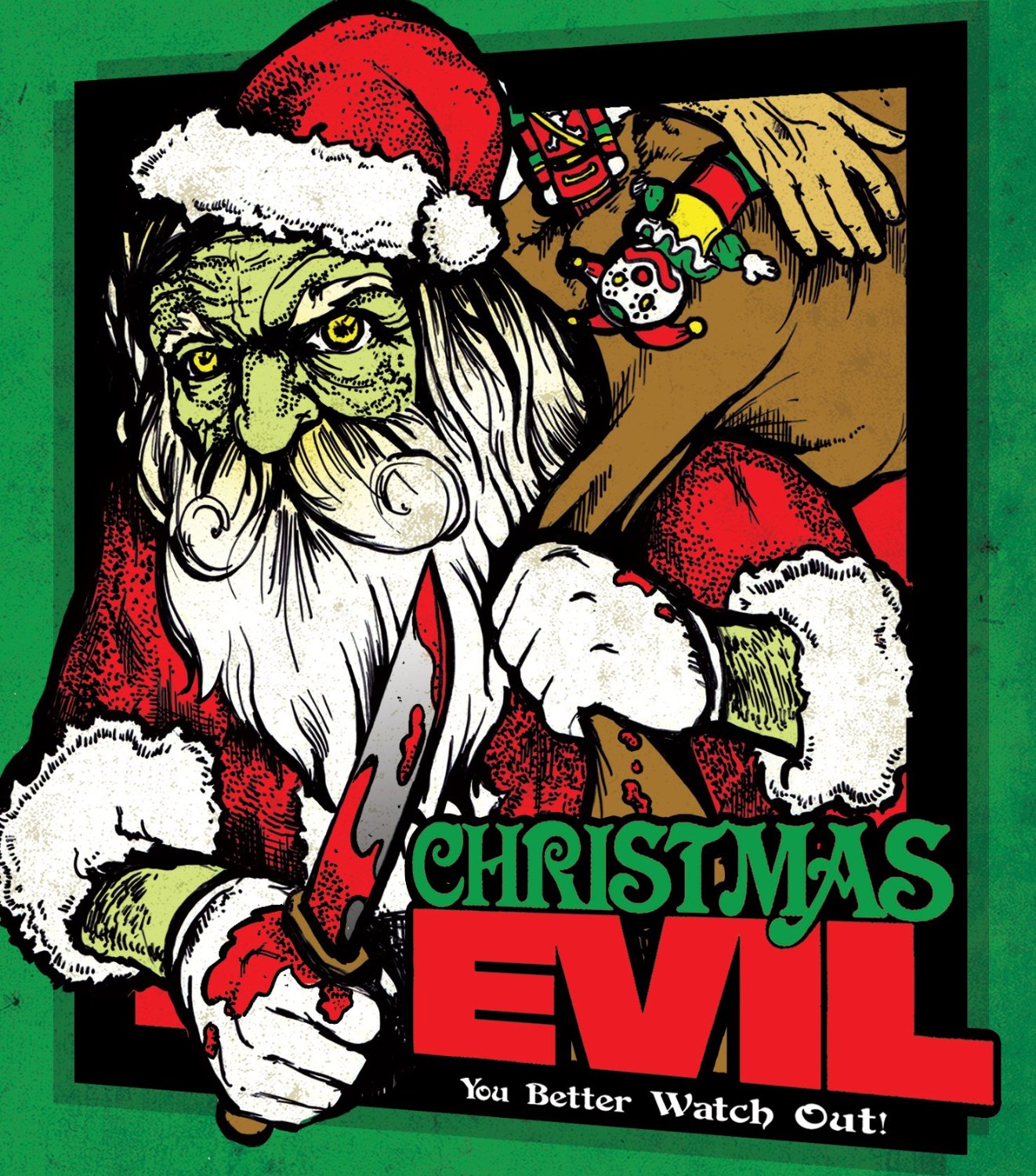 As a tie-in with their recent Blu-ray release, Vinegar Syndrome brought Christmas Evil to the Alamo Drafthouse’s New York location this past Friday night, allowing me to cross a big time goal off my holiday bucket list. And boy was it a treat.

Directed by Lewis Jackson, Christmas Evil (originally released as You Better Watch Out) beat Silent Night, Deadly Night to the punch when it comes to Santa Slashers, predating Billy Chapman’s reign of holiday terror by four years. Unfortunately, it fell into relative obscurity almost immediately, which would explain why it didn’t spawn the outrage that Silent Night, Deadly Night went on to conjure up.

A misunderstood gem from the very beginning, Christmas Evil was largely panned by critics for its slow pace, and the fact that it was billed as a slasher film but quite frankly was anything but – hell, it’s barely even a horror film. By 1980, the slasher formula was already well established, and Lewis Jackson’s attempt to break the mold did little to please those looking for another body count flick.

Like many films, it’s what audiences didn’t like about Christmas Evil that ironically makes it stand out as such a gem, to this day, and many have recently come to embrace this highly unique installment in the slasher sub-genre. Much credit for that must be given to filmmaker John Waters, whose praise of the film surely resulted in many eyes being drawn to it.

Waters famously dubbed Christmas Evil “the greatest Christmas movie ever made,” and though it’s certainly got some stiff competition, I’m not sure I entirely disagree with the so-called ‘Pope of Trash.’ In the world of Christmas horror there are many films that I deeply love, though if I had to pick just one to marry and spend the rest of my life with, it’d probably be Christmas Evil.

It’s impossible not to compare Christmas Evil to Silent Night, Deadly Night, as both films center on a killer with a traumatic childhood past, tied to Christmas. Both eventually don Santa suits and go on murder sprees, just as they both confront those childhood traumas before taking their final breaths. And rather than being traditional slasher films, they also both dig deep into the psyches of those killers, making them the real stars of the show.

Yes, on paper the two films are quite similar, though they couldn’t possibly be more different when it comes to execution. Christmas Evil and Silent Night, Deadly Night are companion films much more than they are similar experiences, the latter being more of a slasher film while the former is a fascinating portrait of a man who truly, deep in his heart, believes he is Santa Claus.

Characters in horror films don’t get much more fascinating than Harry Stadling, played by veteran actor (and father of Fiona Apple) Brandon Maggart. As a child, Harry saw Santa Claus in his living room and then subsequently realized that ‘Santa’ was actually his dad, which broke not only his heart but also his mind. As an adult, Harry vows to make Santa real by literally becoming him, his descent into madness and murder paved with the most pure and innocent of intentions.

And that right there is the brilliance of the character: unlike Michael Myers, Freddy Krueger or most other horror icons, Harry doesn’t really have any desire to kill anyone. He simply wants to give meaning to his life by becoming the most beloved figure in the world, and it’s only because his intentions are misunderstood that he eventually leaves a few dead bodies in his wake. In many ways, Christmas Evil is a sort of Frankenstein for the holiday season, with Harry unwittingly becoming something that he never intended on becoming: a monster.

The body count is small and there’s very little blood in Christmas Evil, but anyone who’s complaining about either of those things has unfortunately missed the point of the film. Above all else, this particular ‘slasher film’ is a character study, and it’s a surprisingly beautiful look into the mind of a man who has no idea why it’s creepy to spy on the neighborhood kids and log them in his homemade ‘Naughty’ and ‘Nice’ books – after all, that’s just what Santa does.

One scene in particular has always stood out to me as being the perfect representation of Harry’s mental innocence. After stealing a bunch of toys from the shop he works at, Harry drives them to a children’s hospital, and while outside he practices his jolly Santa voice. As if on cue, it begins snowing just as Harry perfects it, and you get the sense that he feels every bit as magical as Claus, in that moment. It’s quite touching, and you can’t help but wish that Harry could forever remain in that special moment.

Sealing the deal on Christmas Evil being a madly magical and utterly sympathetic experience is the final scene, wherein a torch-wielding mob chases after Harry – Frankenstein’s monster, anyone? Driving away from the mob in his white van, which he has painted a sleigh onto the side of, Harry eventually drives right off a cliff, though Lewis Jackson instead decides to show us a much happier ending, through Harry’s eyes.

While we faintly hear the sounds of the van crashing and exploding, what we see is Harry driving right up into the night sky, his van essentially becoming the sleigh that he envisioned it as. Like Santa on Christmas night, Harry imagines that he’s flying right past the moon, his transformation into Santa Claus finally complete – if only in his fractured mind. It’s a genuinely beautiful ending, and one of the most downright heartwarming – yet heartbreaking – in horror history.

There is no holiday horror film that’s packed with more Christmas spirit than Christmas Evil, and it’s a truly special treat that’s one of the most unique and fascinating films in the entire history of the genre. If you haven’t yet seen it, I implore you to discover Christmas Evil this month. Just don’t go in expecting Silent Night, Deadly Night, because it’s not that kind of movie.

Want to mention that Vinegar Syndrome’s Christmas Evil Blu-ray includes all the special features from the previously released Special Edition DVD (John Waters commentary!), and boasts a brand new 4K restoration. The new art doesn’t quite do the film justice (not at all, actually), but the disc is nevertheless a must-own for all fans. So go ahead and treat yourself, this holiday season!