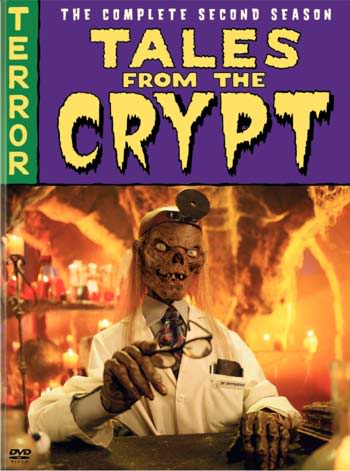 Though I have a whole lot of fondness for the 1980s, as most horror fans do, the truth of the matter is that I wasn’t born until midway through 1986, and so my childhood memories are largely centered around the 1990s.

While I played with many 80s toys as a kid – thanks to the fact that they were lying around the house, since my brother was a few years older than me – I mostly look back on the 80s with a fondness that comes from realizing how awesome of a decade it was, rather than with the memory of having lived through it for myself.

And so, when I look back on my childhood, and my days as a budding horror fan, it’s mostly two exports of the 90s that I credit with holding my hand, and ushering me into a lifelong love for all things horrific, monstrous and macabre; R.L. Stine’s Goosebumps books and the Tales from the Crypt television series.

Tales from the Crypt of course started in print back in the 1950s, as a comic series from the legendary EC Comics, but it was in 1989 that the stories were turned into 30-minute television episodes, which aired on HBO throughout the majority of the 90s.

I have for many years been meaning to revisit the show’s seven seasons, and had originally planned on doing so over on my former blog Freddy In Space, and writing up reviews of each and every one. Unfortunately, it was one of those projects that was interrupted by life, and I never did get around to writing those reviews, or even revisiting the episodes.

Here on Halloween Love, I intend to right that wrong. But while I do plan on watching every episode of the series throughout the course of the next year – or however long it takes – I’ve instead chosen to shine the spotlight on my favorite episodes, rather than review them all. A project I’ll be much more likely to complete, that’s for damn sure.

Since I don’t feel much of a need to go in chronological order here, we’re going to kick things off with episode 14 of the show’s second season, which originally aired on July 3rd of 1990 – mere days after I turned the ripe old age of five years old. Of course, I never saw this episode when it originally aired, since I was a bit too young, but that’s neither here nor there.

Looking back, Tales from the Crypt can in many ways be seen as a predecessor to Showtime’s Master of Horror series, because many episodes were indeed written and/or directed by horror masters. ‘Lower Berth’ is no exception, written by Monster Squad/Night of the Creeps writer/director Fred Dekker – one of five episodes he wrote, in total – and directed by Kevin Yagher, the makeup effects artist who designed killer doll Chucky, and many other iconic characters.

While Yagher directed all of the wrap-around segments in every single Tales from the Crypt episode, ‘Lower Berth’ was one of only two actual episodes that he sat in the director’s chair for, and it was quite a fitting one for him to tackle, considering it told the origin story of the wise-cracking Cryptkeeper – who of course was the star of those wrap-around segments Yagher directed. 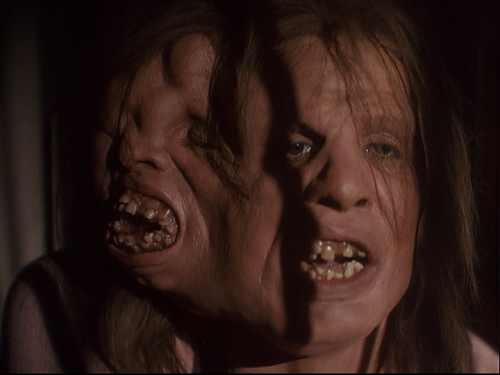 Based on Issue #33 of the Tales from the Crypt comics, ‘Lower Berth’ was one of the only stories to actually feature the beloved horror host in it, with him introducing the story of his own birth. Quite reminiscent of Tobe Hooper’s Funhouse, released a decade prior, the episode takes place at a carnival/freakshow and centers on an abused two-headed mutant named Enoch, who is the star attraction of the show. Unfortunately, he’s dying.

After the two-faced boy’s handler realizes that he’s soon going to be out of a job, he’s approached by a man who tells him he won an ancient Egyptian coffin in a game of poker, which houses a female mummy. He offers the handler the new meal ticket, which he says will be profitable for all parties involved. Desperate, he takes the deal, with the ‘Egyptian Slave Girl’ becoming the carnival’s newest attraction.

As it turns out, the mummy is both stolen and cursed, with anyone who tries to steal her necklace meeting a brutal demise. After the handler finds this out, he kills the man who brought her into his life, and then tries to pin the crime on Enoch. After stealing the mummy’s necklace, he indeed does find himself on the wrong end of a pair of garden shears, being wielded by his former meal ticket.

Following his death, the action cuts to one year later, where we find out the two-faced boy and ancient mummy have fallen in love, and that their love-child is none other than the Cryptkeeper himself. “I guess you figured out by now where I get my good looks,” he says, in the closing segment of the episode. 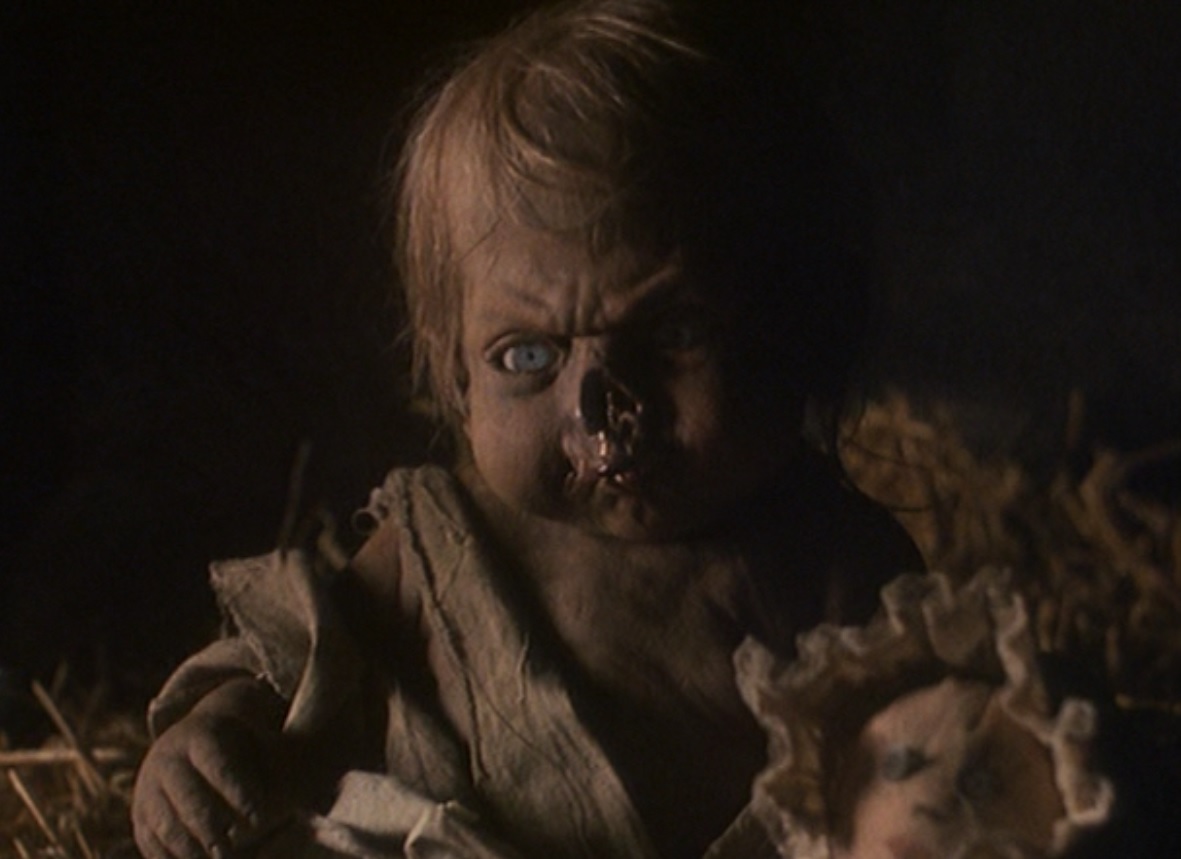 With an effectively atmospheric carnival setting (ANYTHING that’s set at a carnival is totally up my alley), solid performances, fun twists and turns and awesome makeup effects, ‘Lower Berth’ has always been one of my favorite episodes of Tales from the Crypt, and I just love the idea that they devoted an episode to telling the origin story of the show’s host. Since I’m admittedly not all that familiar with the comics, I had no idea this episode was indeed a Cryptkeeper origin story the first time I watched it, so you can imagine my surprise when a baby Cryptkeeper popped up at the end; a sight that in and of itself makes this episode worth a watch.

The only downside of the episode? It leaves you wanting to see more of baby Cryptkeeper, and I must admit that I’m still kind of bummed that his origin story didn’t continue, in subsequent episodes.

Of course, I’m also bummed that we never got to see his sideshow parents get it on, but that’s probably just my twisted curiosity rearing its ugly head…

Keep your eyes peeled for more of my favorite Tales from the Crypt episodes, in the weeks and months to come here on Halloween Love!