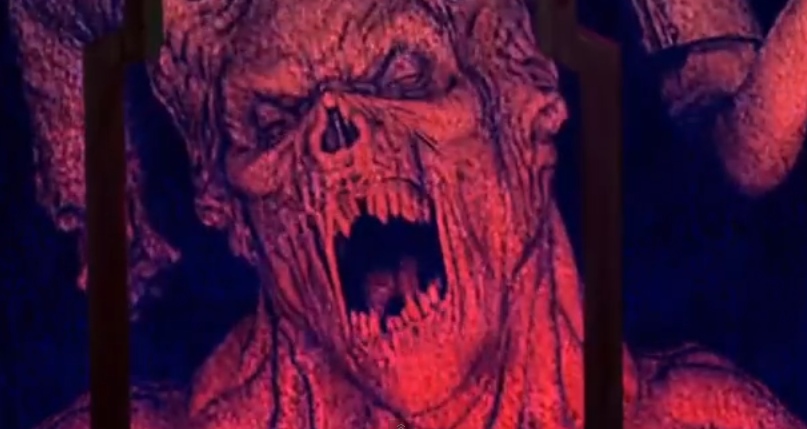 It’s time to reveal the top 5 spookiest, creepiest, frightening and most horror-filled episodes of Doctor Who since it returned in 2005.

Part 1 of the list can be found here containing numbers 10-6, but now let’s find out what made the top positions … 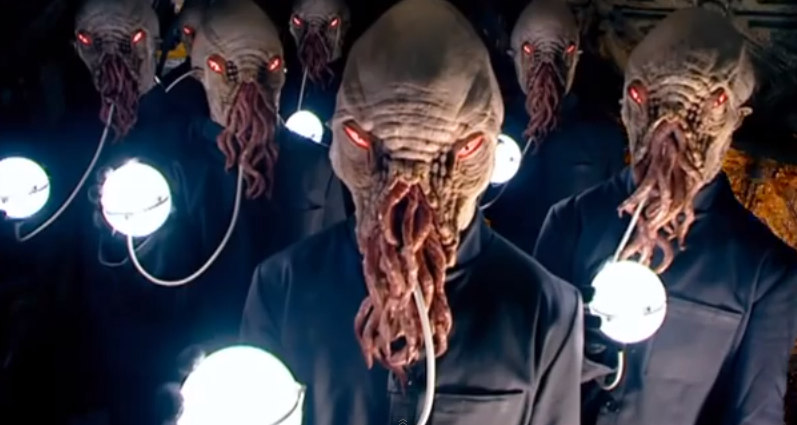 The conclusion of a two part story that started the week before with The Impossible Planet … Notable for introducing the empathic race of aliens known as the Ood, who would become recurring characters in the years ahead.

The Doctor and Rose arrive on a planet that is somehow able to hold its position in space despite close proximity to a black hole. When they come into contact with the human crew who are working there they are informed that the planets stability is being provided by a ‘gravity funnel’ located 10 miles beneath the planets surface which they drilling down to, hoping to unlock its secrets.

As the story unfolds the Doctor discovers the planet is actually a prison for an ancient evil we are all very familiar with.

These episodes were an early example of modern Doctor Who attempting to tell an exciting, epic story on a level that would have been impossible in the past. The budget didn’t QUITE stretch as far as they might have hoped for but the end result was 90 minutes of excitement you would normally only find in a movie.

The ‘possessed’ Ood are genuinely creepy, as is the character of Toby who also falls under the control of the ‘Beast’ and screams brilliant dialogue such as;

“I am the rage and the vile and the voracity. I am the Prince and the Fallen. I am the Enemy, I am the Sin and the fear and darkness. I shall never die. The thought of me is forever; in the bleeding hearts of men, in their vanity and obsecrate and lust. Nothing shall ever destroy me. Nothing!”

Try explaining THAT to the kids before bedtime! 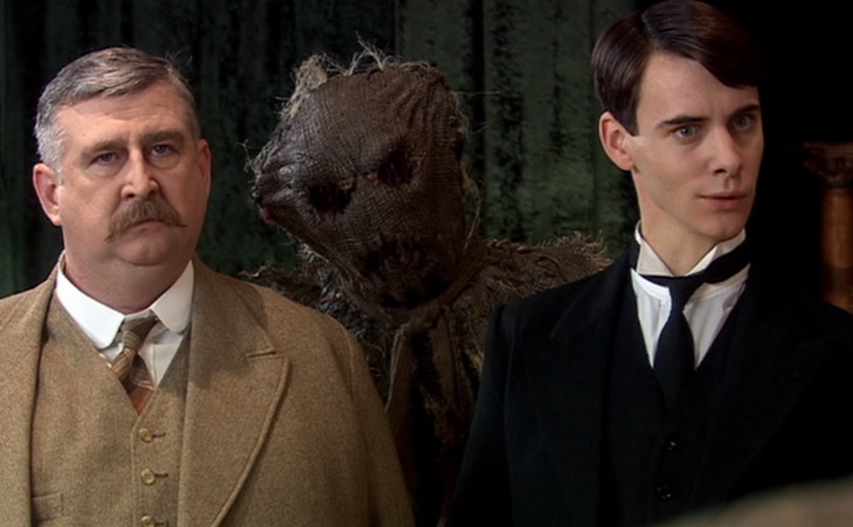 The first of another two part story that arguably features David Tennant’s finest performance as the Doctor.

In an attempt to evade mysterious creatures known as ‘The Family of Blood’, the Doctor tells Martha he is going to rewrite his own DNA and temporarily become human. This will mean the Family cannot detect him thus keeping them both safe until the creatures die out (They want to consume his Time Lord life force) … He completes the procedure and with no memory of his past life the Doctor is taken by the Tardis to England in 1913, where he becomes an English teacher at an upper class boys school and adopts the name John Smith.

Of course the bad guys aren’t far behind and it’s their arrival that sees things get truly spooky in this wonderful episode.

The Family need bodies to exist in so they possess several local humans, severely altering their personalities and giving them disturbing facial expressions, and let’s not forget the army of terrifying Scarecrows they create to help them track down the Doctor! 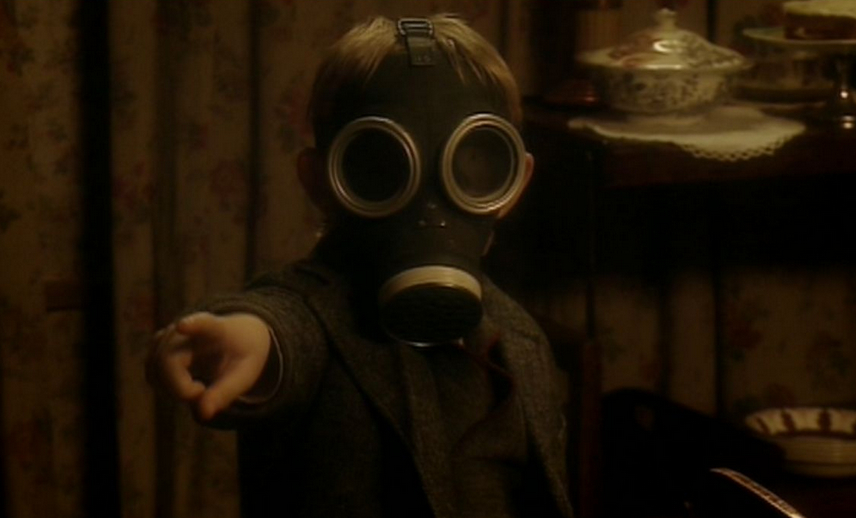 When Doctor Who returned to our screens in 2005 I was personally sceptical that it could connect to a new generation of viewers. Dalek was the episode that got me excited again but it wasn’t until The Empty Child / The Doctor Dances that I knew for certain that the show was back in a big way. Christopher Eccleston gives his best performance in this very intense story set in 1941 London during the blitz.

The main characters are relentlessly pursued by a terrifying small boy wearing a gas mask who repeatedly asks for his “Mummy” and when combined with the dark atmospheric streets of World War 2 London the end result is classic, creepy Who. 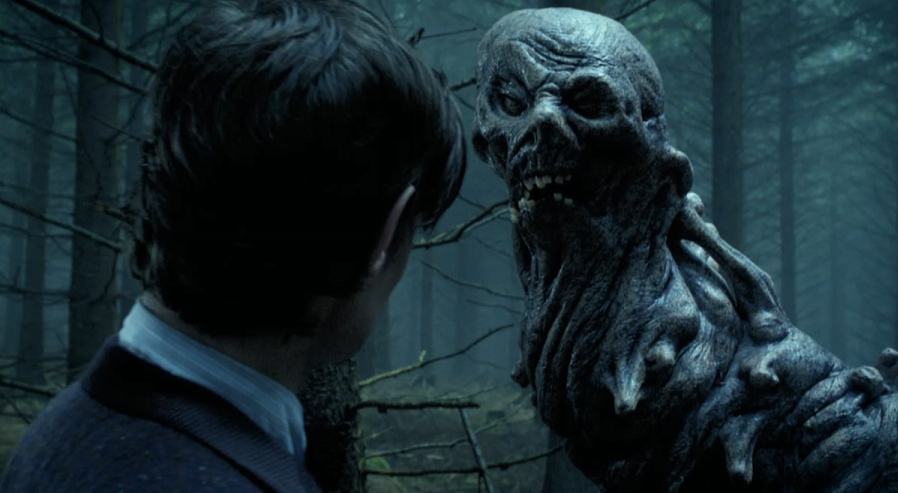 The Doctor and Clara travel to 1970s England where they team up with a Professor and his assistant to try and solve the mystery of some increasing paranormal activity in the area.

Hide starts as a good old fashioned ghost story, complete with spooky mansion then eventually becomes a full-on monster episode with the arrival of just about the most disturbing creature Doctor Who has ever put on screen. Named ‘Crooked Man’, this creation is GENUINELY unsettling … you don’t get to see it much thanks to quick cuts and dark lighting but it wouldn’t look out of place in John Carpenter’s The Thing!

When you eventually discover the truth behind the ghost sightings and the motives of the Crooked Man the story does falter slightly, but that’s right at the end and everything that comes before is nothing less than brilliant.

Any episode that features the line “I am the Doctor and I am afraid” is guaranteed to scare viewers of all ages! 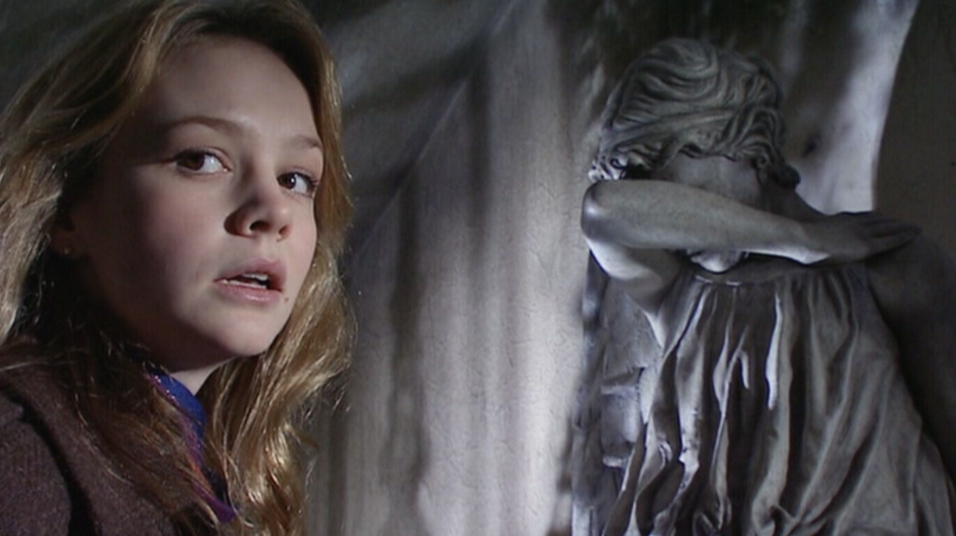 There can only be one episode since 2005 that deserves the number one spot and that is of course Blink.

Multi award winning and showered with almost universal praise since it first aired, you could be forgiven for becoming a little weary of talking about how good this episode was, but the truth is that it deserves every drop of love it gets.

The Doctor and Martha only appear briefly and dealing with the terrifying threat of the Weeping Angels is left to a young woman named Sally Sparrow … portrayed wonderfully by Carey Mulligan just before Hollywood discovered her and she was swept away into the movie business.

The story is insanely clever and the whole episode oozes fear and tension from the first minute until the last. It’s been frustrating to see the Angels become overused and confusing characters in the years since Blink but that shouldn’t detract from their impact and brilliance here. They became iconic and deservedly so.

Blink is not only the spookiest episode of modern Doctor Who … it is also the BEST episode overall since our favourite time traveler returned to protect us.