I’ve said it before and I intend on saying it over and over again, in an effort to convince as many people as I possibly can to start watching; NBC’s Hannibal is the best thing on television right now, and a must-watch for anyone who loves… well… good TV.

To be honest, I’ve always been more into movies than things like books and TV shows, which probably has a little something to do with my short attention span. I’m not typically all that into the idea of devoting so much time to watching a story unfold, and quite frankly I just plain don’t have the time to devote to more than a single show at any given time.

It’s for this reason that I’m kinda sorta looking for reasons to not become invested in new shows that come along, which makes it pretty damn difficult for any given show to find its way onto my weekly viewing schedule. If I’m not thoroughly engrossed and craving the next episode after watching the first couple, I tend to just stop watching altogether, and this is the case nowadays more than ever, when there are so many horror-themed shows airing on both TV and the internet.

When it comes to Hannibal, however, I cannot get enough, and I’ve made it a point to be home every Friday night, so that I never miss episode premieres. Though Friday night used to be a night where my wife and I unwound from our respective work weeks, and went out to grab dinner and drinks, it’s become Hannibal night in our household, and it’s a night I eagerly anticipate every single week.

Of all the television I’ve watched in my lifetime, Hannibal is the most impressive show I’ve ever come across, both from a story standpoint and a visual one. Not only is the story consistently engrossing and captivating but the visuals in every single episode are absolutely breathtaking and beautiful (… typically in a horrifying way), to the point that every frame of every episode plays out like a masterful work of moving art. It’s something that’s hard to describe to anyone who hasn’t seen the show, but if you are an avid watcher, you’ll surely know what I mean when I say that.

In addition to the incredible directing and cinematography, the writing is also top notch, and perhaps the most impressive thing about the show is the way that the writers keep it so engaging, despite the fact that we know all the answers to most of the big questions. Going into the show, we of course know Hannibal is a killer, and a cannibal, and this season we know that Will Graham is not the murderer everyone thinks he is – and yet, despite knowing these answers, the questions and reveals somehow manage to be as interesting as if we went into the show knowing nothing at all.

In that sense, Hannibal is a show that is almost immune from spoilers, because it’s not about big reveals and twists, but rather about simply watching an incredible story unfold. It doesn’t really matter what we know or don’t know, it’s about what the characters know and don’t know, and that’s such a brilliant way to go with a prequel to such a well-known story. Prequels tend to be boring, because we know everything that comes next, but Hannibal is so brilliantly presented that it’s never anything less than captivating. 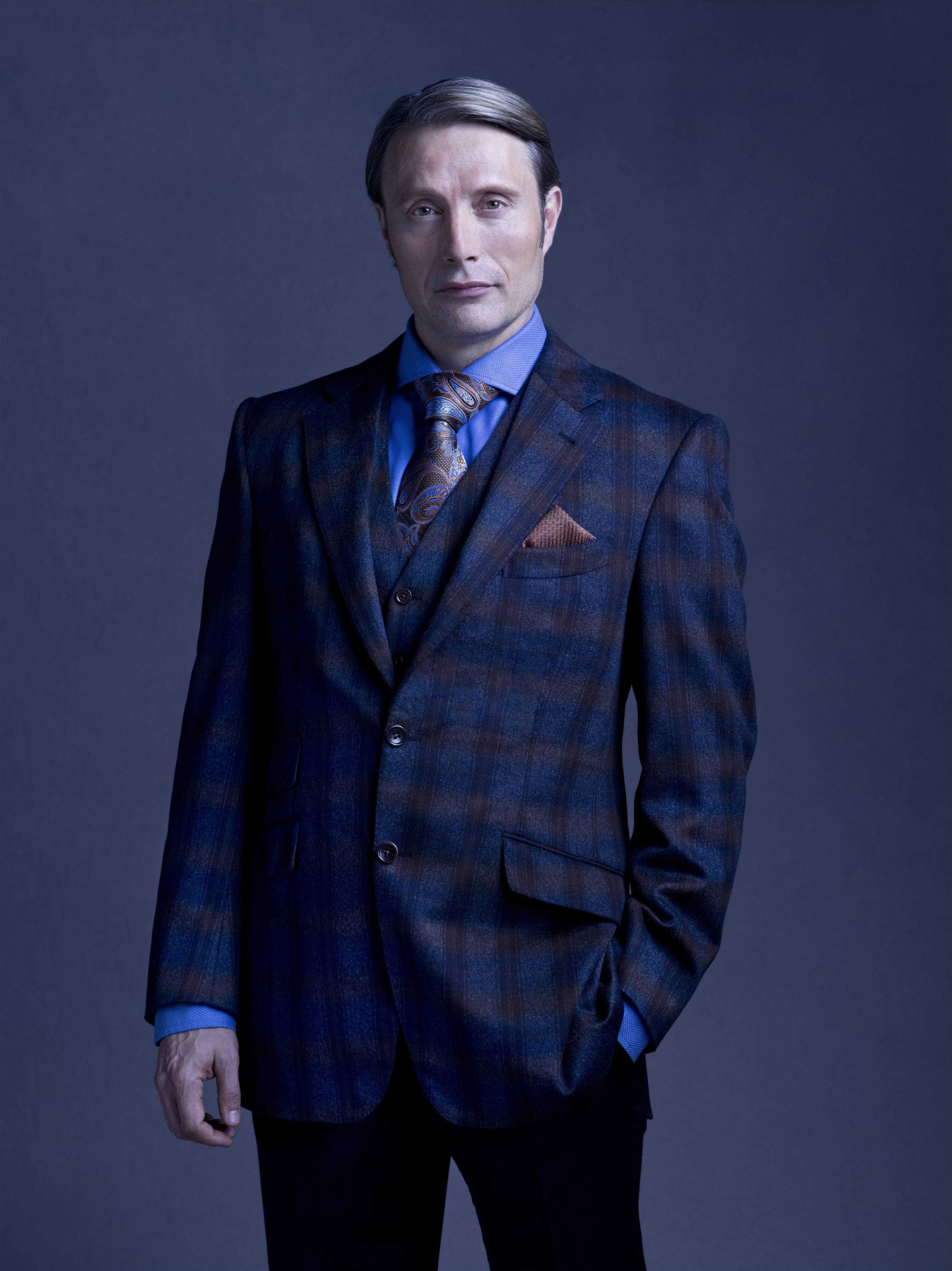 As far as the acting is concerned, my god does Mads Mikkelsen absolutely nail the role of Hannibal Lecter. While you’d expect that it’d be impossible for any actor to rise about Anthony Hopkins’ performance, and be able to craft a version of the character that doesn’t make you wish Hopkins was playing him, Mikkelsen does just that, and I must say that there hasn’t been a single time during the show’s 1 1/2 seasons where I even thought of Hopkins’ version of Hannibal, while watching Mads’.

As I stated in the bold, orange letters up above, the show truly keeps getting better and better, with each passing week. Last Friday night’s episode was perhaps the best we’ve seen so far, and things are really starting to heat up, as Jack Crawford is finally onto Hannibal and his cannibalistic ways, and Will Graham is getting closer and closer to finding his way on the other side of the metal bars.

So if it’s so damn good, then why don’t all that many horror fans seem to be watching? Well, that’s a question that I don’t have an answer to. And it’s one that boggles my mind on an almost daily basis.

While my social media accounts blow up when new episodes of The Walking Dead air, I find little to no discussion on my feeds about new episodes of Hannibal, and the ratings for the show have led many to question if it will even be renewed for a third season. The show was also on the potential chopping block after Season 1, due to low ratings, and though the audience does seem to be slowly building, I can’t help but wonder why it hasn’t caught on with the masses, the way shows like Walking Dead and True Detective have.

Not only is it one of the smartest shows in the history of television, but it’s also one of the most downright gruesome and grotesque, and I can’t think of a single reason why any given horror fan would not be as head over heels in love with it as I am. Again, it’s the best thing on TV right now, and by not watching you’re doing as much of a disservice to yourself as you are the creators.

So if you haven’t yet delved into the world of NBC’s Hannibal, I implore you to dive down the rabbit hole. If you have, I’d love for you to comment with your thoughts, so we can continue this discussion down below!