I can think of no better way to kick off the fun than with this image of a faux Human Centipede-inspired LEGO set, which is so wrong, and yet so very right. Ass to mouth LEGO people… can’t say I ever thought I’d see the day! Speaking of toys, I got a real kick out of this image I saw on Tumblr, which draws parallels between Toy Story and Child’s Play. Both films of course center on a kid named Andy, who has a toy for a best friend, though that friendship of course worked out a whole lot better for one of them than it did the other! I have no idea who started the trend of swapping faces in Photoshop, or why, but I’ve never seen a creepier example of the bizarre trend than this one, which swaps the genders of Jack and Wendy Torrance. Good luck getting this out of your head, when you’re trying to sleep tonight. I’ve always hated backpacks, because they remind me of high school, but this one is doing a pretty damn good job at making me want to go back to school. Okay, so not really, but how awesome is this thing?! The world’s coolest backpack is the handiwork of Jose Manansala, who appears to be a tattoo artist. You’re too cool for school, Jose. Way too cool. If the Predator backpack made you want to go back to school than this incredible creation is sure to make you want to go back in time, and re-live your infant years. A man by the name of ‘Tabres’ made this Ecto-1 baby mobile for his newborn nephew, using a Little Tikes Cozy Coupe as a starting point. God damn, these things really need to be mass-produced, because this is such a cool idea! It’s possible that I’m appealing only to myself with this picture, but if you’re an old school WWF fan like I am, then you know how absolutely amazing this here Throwback Thursday image is. For those who aren’t familiar with wrestling, the Undertaker is basically the horror villain of the wrestling world, an undead monster whose finishing move is fittingly dubbed the Tombstone Piledriver. Nothing I saw this week brought more of a smile to my face than this picture did, so I had to include it. Every year, Lay’s runs their ‘Do Us a Flavor’ challenge, where fans submit their own flavor concepts, for the chance to win $1 million. In addition, the winning flavor is produced and released into stores. This Silence of the Lambs-inspired submission is pretty damn brilliant, and I’m not sure I’d be able to resist trying the flavor, even though I’m a vegetarian. Always kinda wondered what census takers taste like… 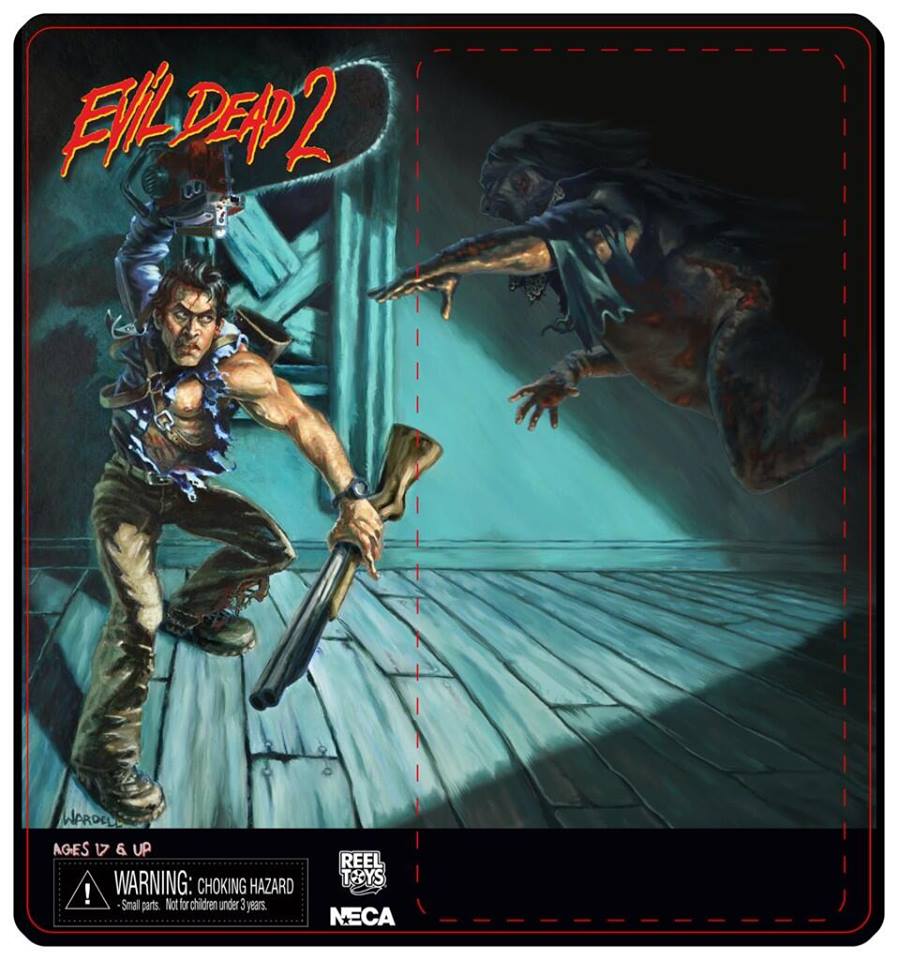 We wrap things up with a tease of the packaging art for NECA’s retro-style Ash figure, which they showed off earlier this year at Toy Fair; click the link, to check out our spotlight on the horror highlights of the event. A must-own figure this one is, for sure.