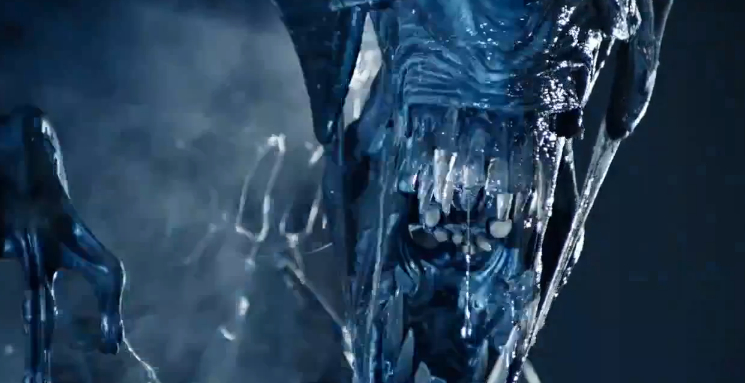 Today marks the 69th year my dear old Mum has been on this Earth … Born and raised on the mean streets of Glasgow she has been a tiny little bundle of energy and opinions her entire life. Over the years many people have found her a little intimidating and my brothers and I still fear her wrath even as adults but get past that tough Scottish outer layer and there is a sweet and loving little old lady inside. It’s all about fighting first impressions, you can’t judge a book by the cover, you actually have to read it!

This got me thinking, horror movies have a rich history of less than pleasant Mums and Moms but what if we have got them all wrong!? … Do they deserve closer scrutiny? 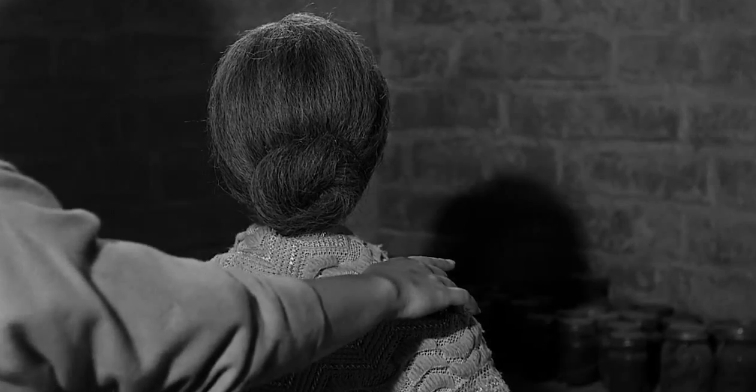 Come on! … she left Norman a decent business to run providing a steady cash flow and that house is HUGE, he could rent that out if he really wanted to for a second income then live in the motel … property and a secure job, that’s not to be sniffed at.

Sure, it sounds like his upbringing was a little ‘unusual’ but you take the rough with the smooth AND, her old clothes fit him, that’s useful when everything is in the wash. 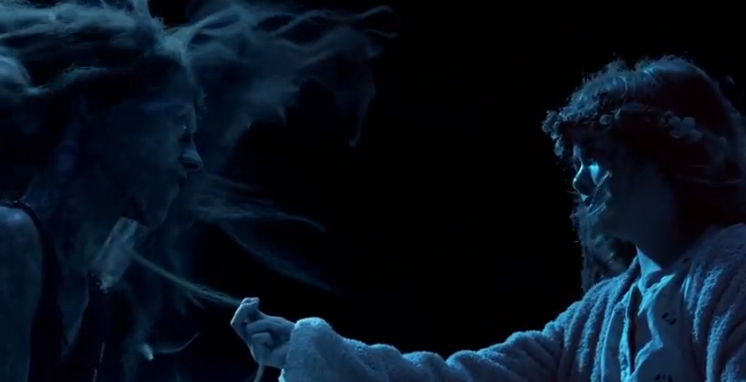 Not seeing the problem here either. Taking on two kids who aren’t your own for FIVE years, clothing them, feeding them, that’s a big damn commitment. They got to grow up in a rural area with plenty of fresh air and wildlife to chase or whatever …

The whole being a monstrous, deformed ghost thing is a little distracting I agree, but you have to look past that … or through it! 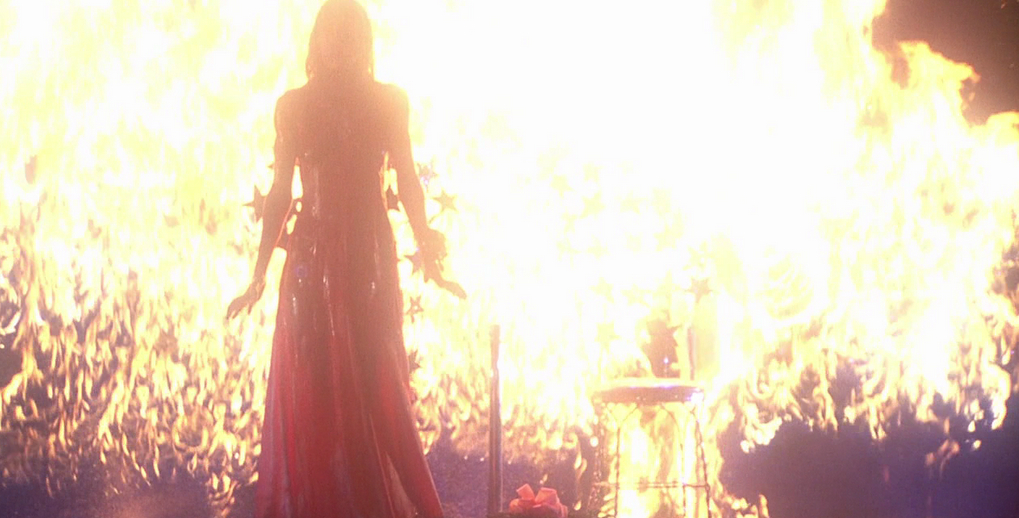 Let’s be honest, she did tell Carrie not to go to the prom … She said they would laugh at her, said they would mock her, and they did. If Carrie had just stayed at home and played Monopoly with Margaret followed by a bible study while enjoying milk and cookies, then the whole unpleasant incident at the school could have been avoided.

That’s the trouble with kids, they never want to just stay in and relax anymore, there’s always a party to get to! 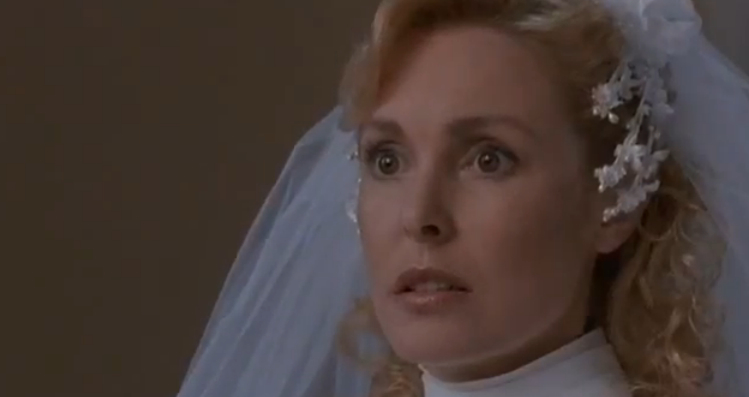 A tricky situation but to me it seems like Corrine was simply trying to secure her own financial future which in turn would mean the kids can have the latest clothes, go on holiday, buy an iPhone, the usual stuff they demand.

The poison cookies were regrettable but when you are a busy modern Woman AND you bake at home then accidents can happen, you reach for the flour in the top cupboard and without looking grab the arsenic instead … I’m sure we’ve all been there! 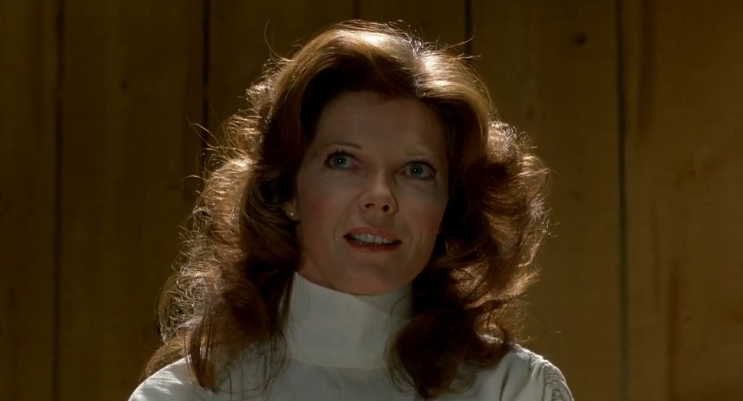 Some kids are just closer to their parents than others, nothing wrong with that. They pick up little personality traits like being laid back or happy or uncontrollable rage!

As for the ‘pyschoplasmically-induced external womb’ … if you don’t like it, don’t look at it!

Mrs. Loomis had been through a seriously tough few years, husband gone, serial killer son dead. Then she discovers that Sidney’s mother slept with her husband before he left AND Sidney killed her little boy, that’s just grief piled on top of more grief.

I think she dealt with the whole situation very well all things considered, look at the picture above, she’s still making an effort to look nice and not just sulk around the house. Love was needed here, not a bullet to the head. 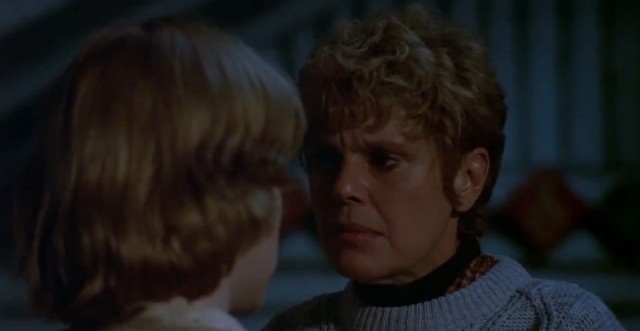 Nothing to see here!

Her son dies at Summer camp due to staff incompetence and then they try to reopen this poorly run establishment?? I’d be ticked off as well.

I’m sure before all the ALLEGED killing incidents took place she tried writing a strongly worded letter and maybe even set up a petition or two. Smells like a corporate spin job to me! 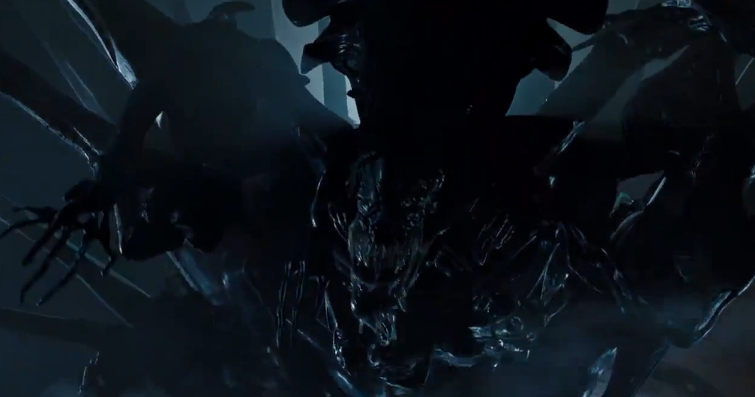 Well this one is just silly, the Alien Queen simply had her ‘nesting instinct’ kick in. Have you seen the weather they have on LV-426?!!

She finds a nice dry, warm and cosy place to have her babies that still has enough room for the older kids to run around and next thing you know some Marines turn up shooting holes in stuff and setting fire to things. It was a total lack of consideration and just plain rude.

So there you have it, I think I’ve proved my point succinctly … Now if you will excuse me I must go and remove this wedding dress, it’s too small and making me itch … plus Mum will notice it’s missing soon and she gets real mad when I mess with her stuff!