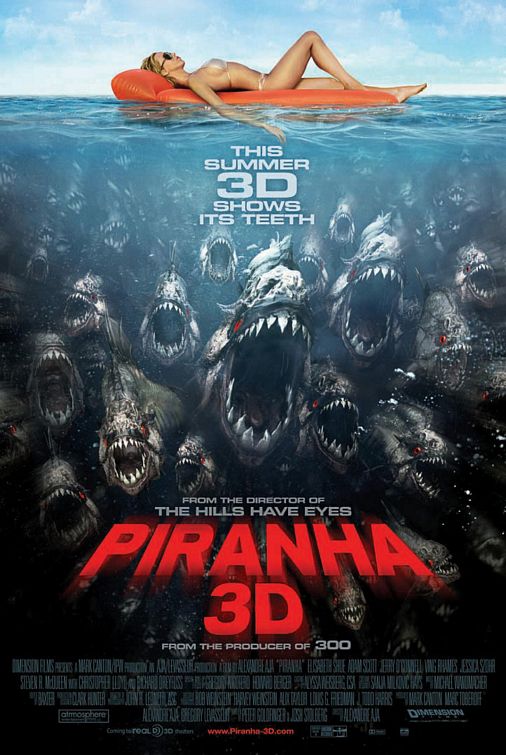 Few things inspire more heated discussion than the topic of horror movie remakes, with the mere mention of that dreaded word striking fear into the hearts of so many fans. Though remakes are of course nothing new, they’ve gotten pretty out of hand in recent years, and it seems that no fan-favorite classic is safe from the grasp of money-hungry Hollywood.

Of course, there have been good remakes and bad ones, just as there have been great ones and awful ones. Upgrades like Carpenter’s The Thing and Cronenberg’s The Fly serve as proof that remakes can be a good thing, while recent reboots like Poltergeist and Carrie make one wonder what the point even is. And then there’s modern crap like The Fog and Day of the Dead, which we’d rather not talk about.

It’s certainly not uncommon for horror fans with keyboards to rank the best and worst horror remakes, though the internet’s most recent list came from somewhat of an unexpected place. Timed with the Poltergeist remake’s release, Rolling Stone just released their own list of the 13 best and worst modern horror remakes, and that’s precisely what we’re here to talk about today.

So let’s dig right in, shall we?

Before we get to the bad and the ugly, let’s start with the good. Rolling Stone’s writers deemed four of the remakes on their list worthy of a 7/10 or higher rating, with Piranha 3D ranking highest at 9/10. Released in 2010 and directed by Alexandre Aja, the remake of Joe Dante’s b-movie was quite frankly perfect, managing to be the sort of entertaining schlock that every Syfy movie only wishes it was.

By the way, I recently paid $500 to own Eli Roth’s corpse from Piranha 3D, which should give you an idea of how much love I have for that movie.

The other three high rankings that I completely agree with on their list are Evil Dead and The Hills Have Eyes at 8/10, and Dawn of the Dead at 7/10. I’ve already raved about Evil Dead here on HL, which was everything you could possibly want from an Evil Dead remake, and I trust I’m not alone in thinking that Aja’s gory, mutant-filled remake of The Hills Have Eyes was superior to Wes Craven’s original.

As for Zack Snyder’s Dawn of the Dead, I’d have to jack that score up to at least an 8/10. As Rolling Stone points out, Snyder made the smart choice of retaining the basic concept of George Romero’s original while building an entirely different movie within it, which is one of the big strengths of that movie. Whether fast zombies bother you or not, you simply can’t deny that it’s one of the best remakes we’ve seen.

Tied with 6/10 ratings are The Ring, The Last House on the Left and Rob Zombie’s Halloween. If this were my list, The Ring and Last House would have slightly higher ratings, while Halloween would be bumped down to a 5. It’s not that I completely hate Zombie’s vision of Haddonfield, as many do, but I do wish he didn’t delve so much into the backstory of Michael Myers, which sucked the terror out of the proceedings. 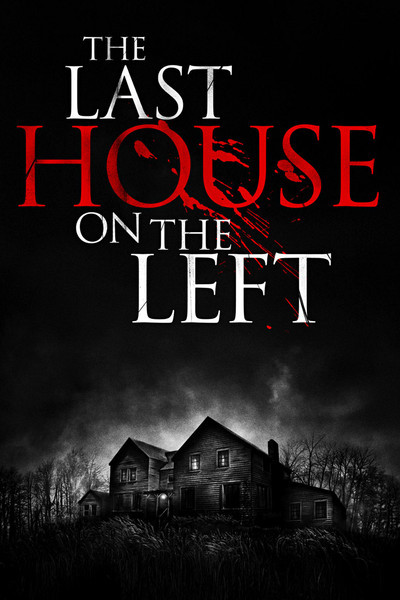 2002’s version of The Ring, while a bit less creepy than the original, was very effective, accomplishing its goal of bringing a terrifying Japanese film to American audiences. When it comes to 2009’s Last House on the Left, I agree with all of the sentiments Stephen King expressed in a recent foreword to his book Danse Macabre – wherein he heavily praised Dennis Iliadis for making such an uncompromising film.

Yes, Wes Craven’s 1972 original is disturbing in a way that few horror films have ever managed to be, but watching it back now, it’s also quite silly and dated. It was due for an upgrade and Iliadis knocked it out of the park, retaining all of the original’s sleazy, uncomfortable horror and not only modernizing it but also making it more realistic and perhaps even harder to watch.

“The Iliadis version is to the original what a mature artist’s painting is to the drawing of a child who shows some gleams of talent,” King said of the Last House remake. With all due respect to Wes Craven, whose original film is unquestionably a horror gem, I kind of can’t help but second that motion.

Two films that nabbed an average rating of 5/10, courtesy of Rolling Stone, are 2009’s Friday the 13th and 2011’s Fright Night. It’s admittedly been a few years since I’ve seen the Fright Night remake but I remember enjoying it, even if it doesn’t quite hold a candle to Tom Holland’s original. It’s entertaining and Colin Farrell does a good job as Jerry Dandrige, which I suppose is all you can really ask for.

I’ve become somewhat of a Friday the 13th remake apologist in recent years, as I’m honestly a big fan of what Marcus Nispel did with it. Derek Mears played a more vicious incarnation of Jason than perhaps ever before, and I felt the additions made to the character made total sense. Best of all, Friday ’09 felt like a film that belonged in the franchise, coming off more like a sequel than a straight up remake.

Tied with 4/10 ratings are Texas Chainsaw Massacre, also directed by Nispel, and A Nightmare on Elm Street. And here’s where I disagree wildly with this list. Putting the Chainsaw and Elm Street remakes on the same level is totally unfair to the former, as Nispel’s Chainsaw was a fittingly dour and brutal upgrade for the character of Leatherface – who was, in that movie, scarier than ever. 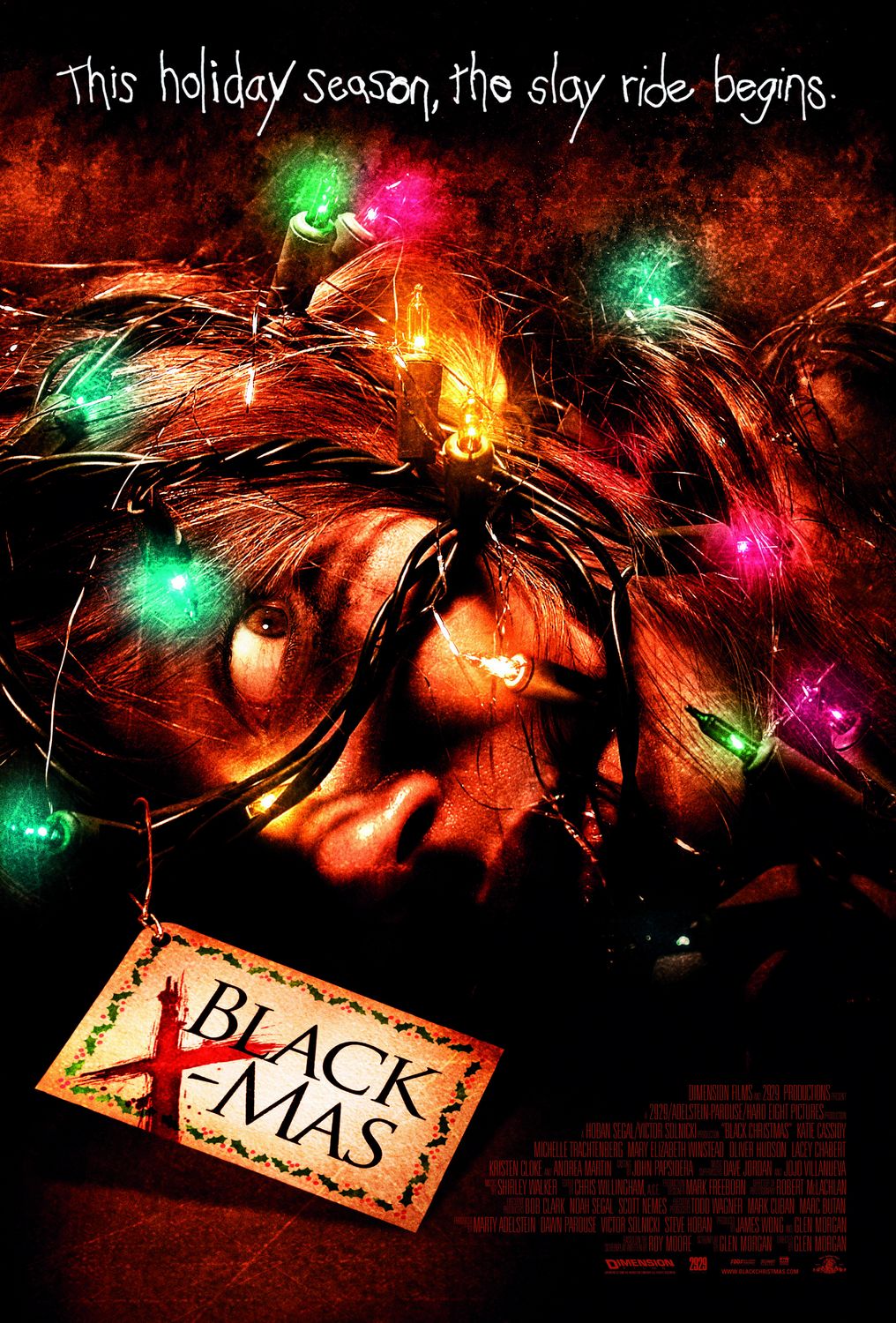 While Chainsaw is one of my favorite modern horror remakes, Samuel Bayer’s take on A Nightmare on Elm Street was absolutely atrocious – worthy of little more than a 2/10 rating. All he really did was poorly recreate iconic scenes from the original, and the real deal-breaker of that film for me is the awful job that was done in re-imagining Freddy himself – the makeup, in particular, was embarrassing.

But there are some things I dug about the Elm Street remake, despite the fact that I mostly hated it, which I highlighted on HL last year. Click the link if you’re interested in reading along as I desperately try and say positive things about a seriously negative experience.

Finally, the lowest-rated remakes on the Rolling Stone list are 2006’s Black X-Mas and 2011’s The Thing. While one could argue that The Thing was actually a prequel, as it was presented, the truth is that it was merely a remake disguised as something less offensive. Regardless, the movie was quite offensive, largely thanks to computer-generated effects that took a dump all over Carpenter’s film.

Last but not least, I can’t exactly say that I disagree with the 3/10 rating for Black X-Mas, though that doesn’t change the fact that I love the movie. It’s a complete bastardization of the masterpiece that is the original, totally missing the point of what made that movie so good, but as its own standalone slasher flick, it’s very entertaining. It may be a 3/10, but it’s a damn fun 3/10.

So. What are YOUR thoughts on Rolling Stone’s horror remake list? Which ratings do you agree/disagree with? Comment below and let us know!