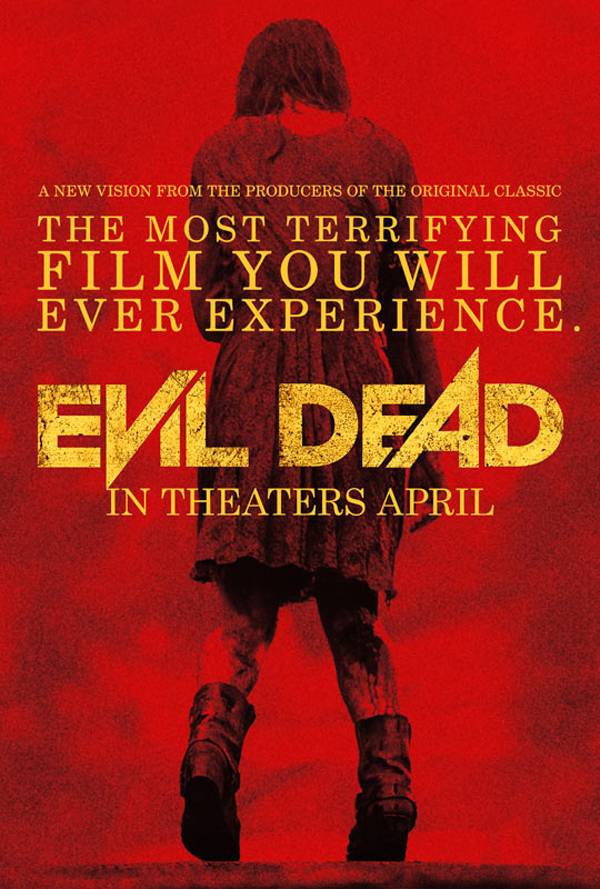 For the first time in 23 years, iconic horror hero Ash Williams returns this coming October in the Starz series Ash vs. Evil Dead, which will finally put Bruce Campbell’s stump back into a chainsaw. Pretty exciting for all fans of the franchise, as it’s kind of an impossible dream come true.

Of course, this isn’t the first Evil Dead project to come along in the past two decades, as a remake of the original film was released back in 2013. It was a divisive remake, as most are, but I still have a hard time accepting any fan of the original series not being totally in love with what Fede Alvarez brought to the table.

An unrelenting 90-minutes of pure brutality, Evil Dead 2013 was a blood-soaked gift to Evil Dead fans, chock full of all the gruesome carnage one could possibly hope for. The fact that the film was given not just an R rating but also a wide release is quite frankly proof that somebody upstairs is looking out for us gore-hounds.

Many fans were disappointed by the fact that Ash Williams was not in the remake, though if you’re asking me that’s one of the most brilliant choices the film makes. It would be impossible to watch anyone else in the role and not compare that person to Bruce Campbell, and so it’s often best for remakes to throw iconic characters like Ash right out the window and start fresh.

Which brings me to one of my favorite aspects of the remake. Though there is no character named Ash Williams, nor one that fully embodies all the qualities of that character, the character’s traits are very much present throughout, as the clever script has a whole lot of fun playing around with the idea of which character is the Ash character.

Let’s take a closer look at those characters, to illustrate my point…

If there’s any character in the remake that most feels like Ash it’s Shiloh Fernandez’s David, who immediately appears to be the film’s hero. With his short black hair and familiar-looking blue work shirt, David very much plays the Ash character throughout the majority of the film, as he’s the brother figure who seems most equipped to deal with the Deadite invasion.

A couple of David’s scenes even pay direct homage to Ash scenes from the original Evil Dead, such as him finding a chainsaw in the work-shed and performing a live burial. As you can see in the image above, a scene of David slicing somebody up with a chainsaw was featured in the trailer, though for whatever reason it did not end up in the film. 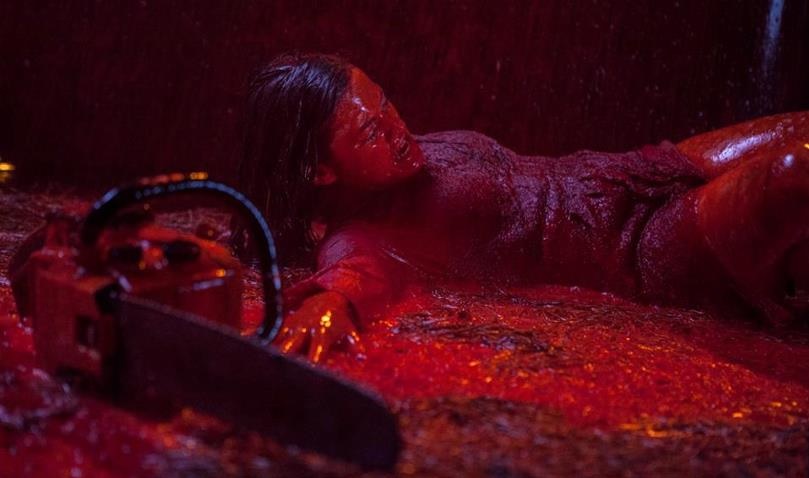 Whereas David is Ash throughout much of Evil Dead 2013, and Mia is essentially the film’s main villain, the tables take a surprising turn in the latter portions, with Mia assuming the role of Ash. With all the other characters dead, Mia reverts back to her human self and becomes the badass heroine, slaying the demonic creature known as ‘The Abomination.’

In a brilliant little twist, Mia loses her hand during the battle with the monster, when a car falls atop it and forces her to rip it off her body. It’s a moment that echoes the fact that she has become the remake’s pseudo Ash, and it’s no surprise that she uses a chainsaw to finish off the villainous beast – oh yea, and she totally delivers a corny one-liner before doing so.

There’s a brief blink-and-you’ll-miss-it moment during that climactic battle that I particularly love. After arming herself with the chainsaw, Mia inserts her bloody stump into the handle, almost making it look like the chainsaw has become an extension of her arm. It’s a nice little touch that further drives home the level of character homage that was paid to Ash, by Fede Alvarez.

By the end of the film, Mia has fully become a bonafide female Ash, and it’s surely no coincidence that both characters share a three-letter name. 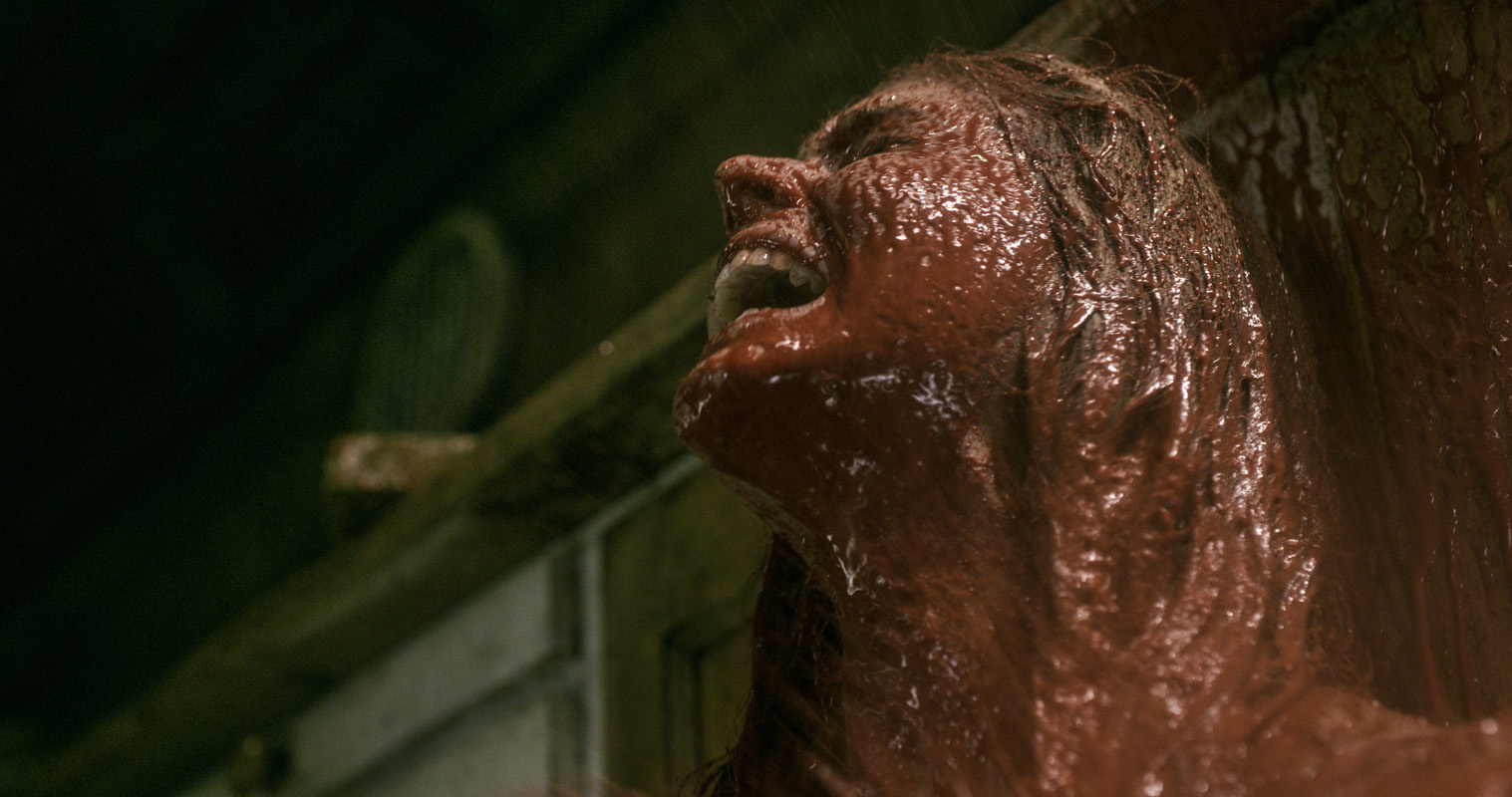 Though Ash is most represented in the characters of David and Mia, there’s also a fun little strand present in Natalie, whose hand becomes possessed by the evil force. Just like in Evil Dead 2, it’s a bite to the hand that spreads the infection, and just like Ash, Natalie resorts to cutting her own arm off – with an electric kitchen knife, rather than a chainsaw.

So you see, even though Ash himself isn’t in the film, his spirit very much resides within it, and that’s one of my favorite things about the Evil Dead remake. By infusing aspects of the character into the brand new cast of characters, the remake distances itself from comparison to the original, while at the same time paying proper tribute to it. And that’s pretty cool.

Of course, the real Ash does indeed stand up after the end credits, as Bruce Campbell pops up and spews one of his most iconic lines. It’s but the icing on what is one hell of a tasty cake. And by tasty, I mean really, really, really, really, REALLY gory. What more could you want, from an Evil Dead film?