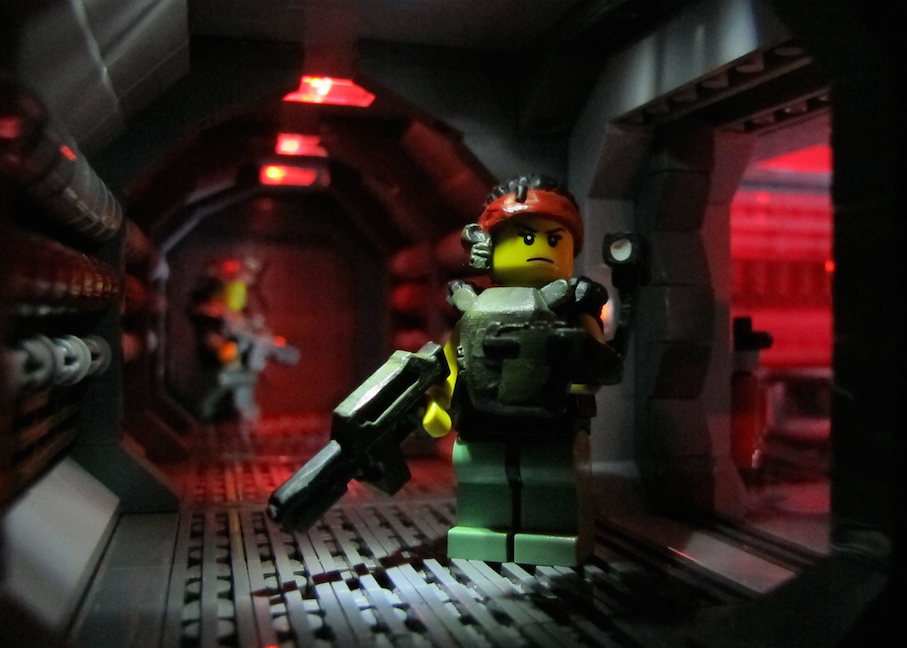 I’ve seen a LOT of custom Lego work over the years, online and at shows, but these Aliens movie scenes that were planned, built and photographed by Flickr resident ‘Missing Brick‘ are some of the best I have ever encountered, if not THE best!

I worship Aliens and have a fondness for Lego that stretches back to my earliest memories so combining the two at a standard like this is heaven for me. The magic is in the lighting and small details, there is so much to see and the pictures ‘pull’ you into the intricate sets making you feel part of that miniature movie world. 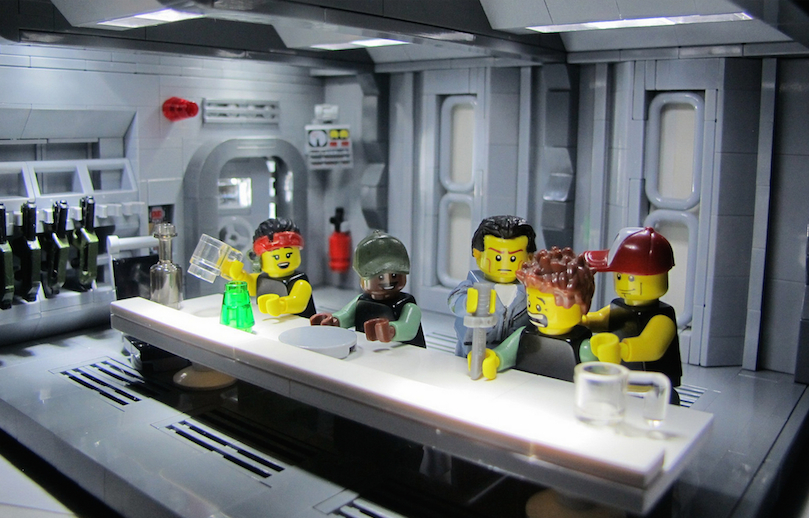 1. Can you tell me how long you have been working with Lego and how did this hobby start?

“I came out of my Lego Dark Ages back in 2011 having had my interest reawakened by Lego’s line of adult orientated ‘Modular Buildings’.”

“My interest in Aliens models started when I saw the work of two great Lego builders: Larry Lars’ brilliant Aliens APC and Power Loader models on Flickr. And a fantastic set of hand-sculpted Aliens minifigs made by Matthias aka Blacktron on the Eurobricks forum. My initial idea was to combine Matthias’ figs and Larry’s designs with some cool Aliens backdrops and lighting.”

2. The structures you build for the Aliens scenes are incredibly detailed … is there a lot of planning involved?

“Thanks, I don’t plan much. I just start with a rough idea of how to capture a particular scene – maybe a particular minifig pose – then I start building and modify as I go along based on what works best. I’m not one of these guys who plots it all out on computer first.” 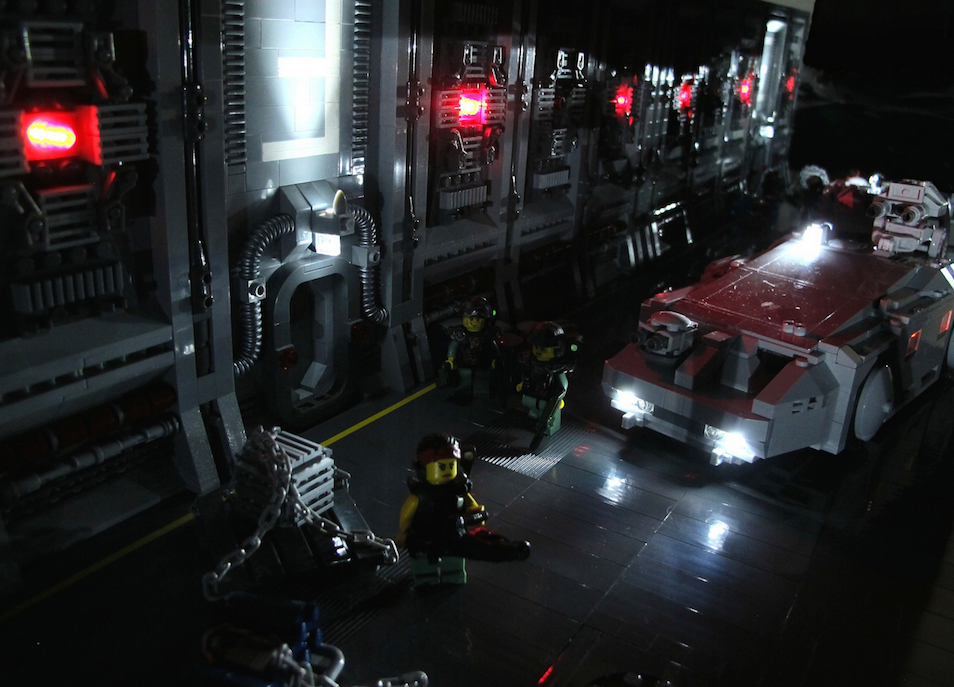 3. Can you tell me how you set up the lighting, it’s very atmospheric and really sets the tone for each picture.

“Thank you. Typically I use LED torches sat on the roof of the model. Wherever I need some light I make a window in the roof using ‘trans-clear’ bricks. These come in a variety of colours – useful for matching the red and blue hues used in the movie. Wherever possible it’s always good to have a light source in the scene itself too. eg. Hick’s welding gun in the Newt Rescue scene and the big blue table-top touchscreen in the Operations Room scene. For those I use Lego ‘power-functions’ LED lights.” 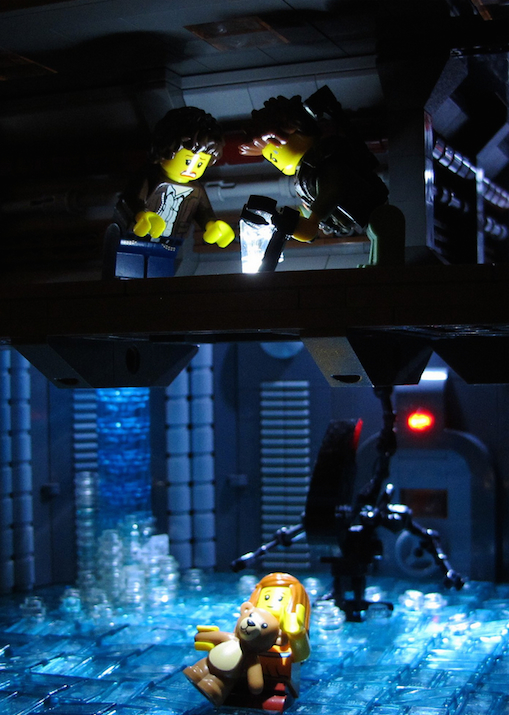 4. Which scene was most difficult to recreate?

“The Sulaco Hanger was the biggest scene I’ve attempted so far but the most difficult to shoot was ‘Bishop to the Rescue’ : I hung the drop-ship model (which weighs over 2kg) on nylon threads from a broomstick propped between 2 clothes airers in front of a 60″ TV displaying the background explosion … I probably should have used photoshop instead!” 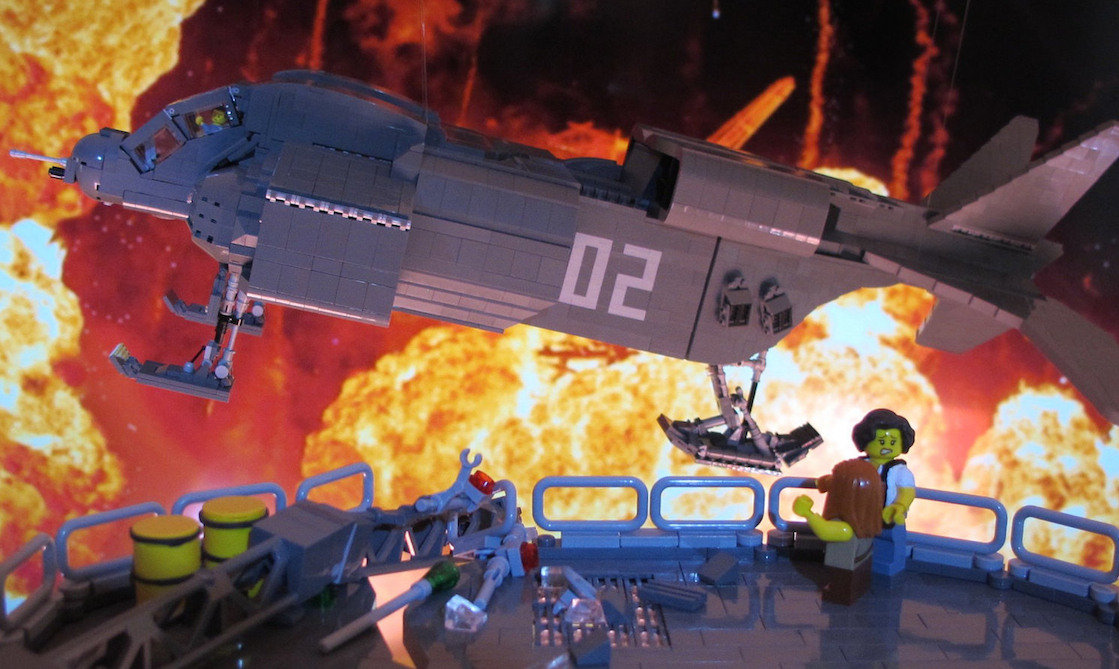 5. What is the most rewarding aspect of this hobby?

“Being able to share your work via the internet, take inspiration from fellow builders and, in turn, hopefully inspire other builders.”

6. Are there any other movies or scenes you would like to recreate in the future?

“There are still loads of Aliens scenes to build : Hadley’s Hope, Medilab, the Alien Hive – just about every scene in the movie is memorable and visually interesting – so please stay tuned to my Flickr account for more Aliens creations!”

I want to say a huge thank you to Missing Brick for taking some time to get involved and allowing me to share this amazing work. I’ve only scratched the surface in terms of available photos so after you have scrolled down to feast your eyes on a few more head over to Flickr where the complete (for now) collection can be found. 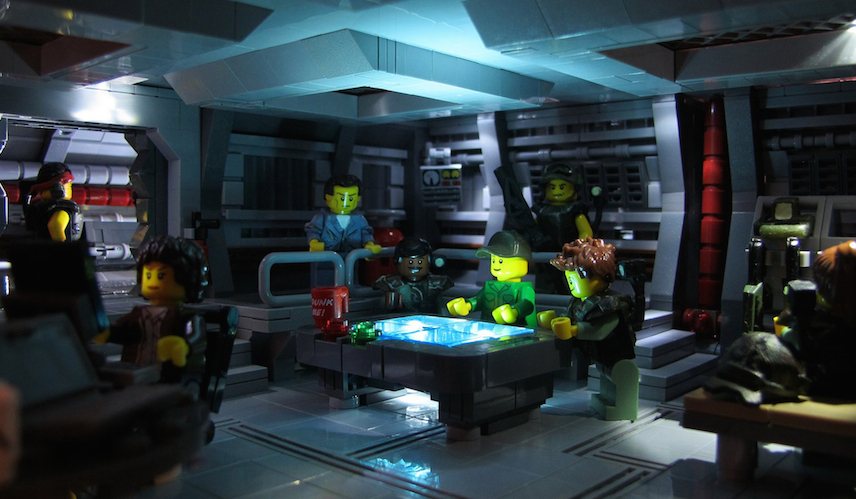 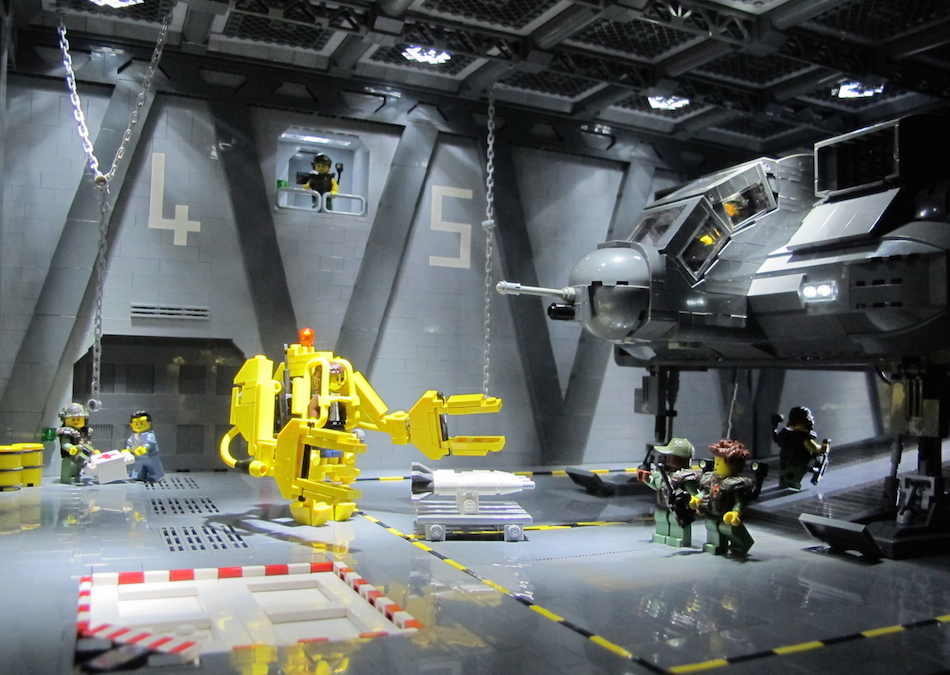 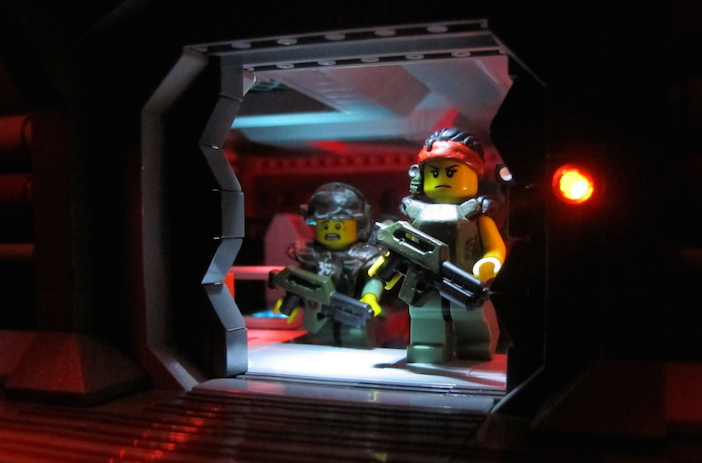