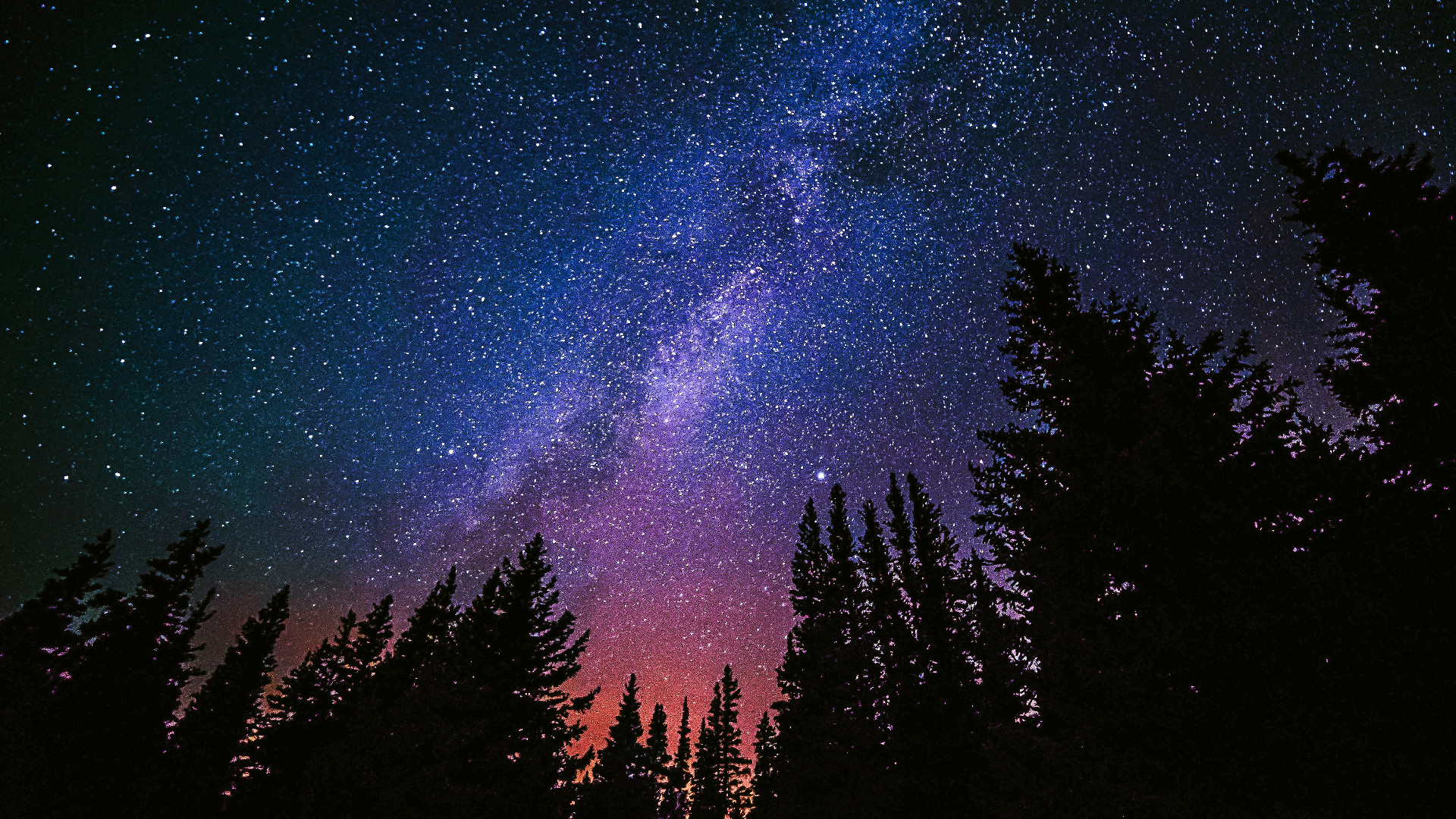 Since September is my birth month and 2020 has been a strange year I thought I would dedicate my articles this month to the strangeness that has occurred to me in my life. The first story I would like to tell is of the time I’m pretty sure I saw an alien craft.

I was maybe in first or second grade, 7 years old or so, and was spending the night with my friend on her father’s land an hour outside of the city. We decided since it was warm, but not yet hot, it would be a good time to “camp.” We laid out blankets in the bed of her father’s truck to make a kind of pallet.

We’re already up past our bedtime looking at the stars which we couldn’t usually see from where we lived in the inner city. Light pollution hides a lot of the night sky’s natural beauty. After an hour or so of star-gazing and making each other giggle, I saw an unusually colorful star, it was a bluish-purple, almost a neon violet in color. 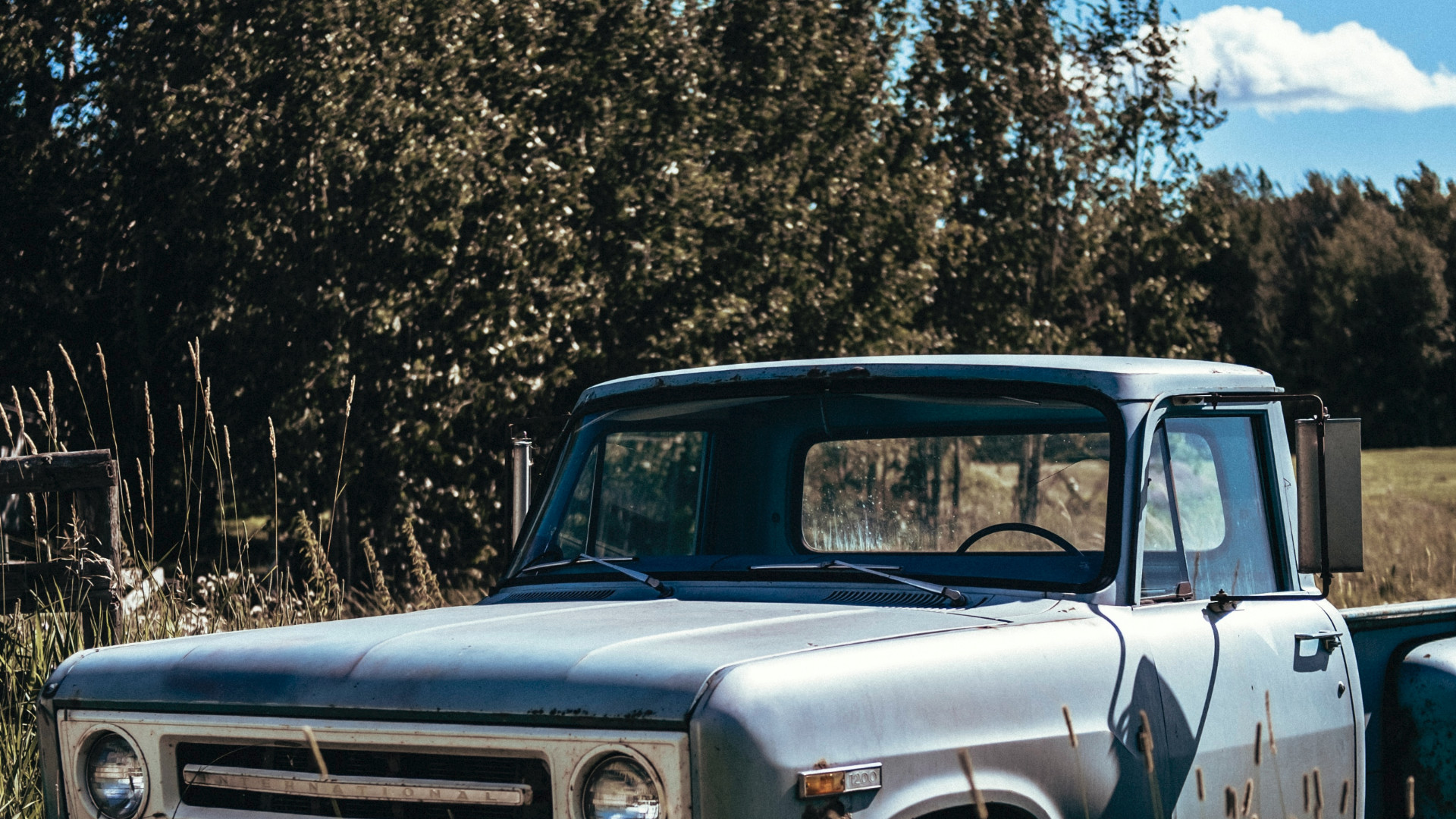 I pointed it out to my friend who said something like “Oh, that’s pretty…” No sooner had she remarked on the strange beauty of the star that it elongated into an oval, almost like a gel cap pill shape, and then split, and became three lights in the sky. It was almost like watching the cell division animation that I’ve seen in movies, although at the time I did not make that correlation.

All three lights started as that neon violet color from the split, then one shifted, like a LED on color cycle mode, to a vibrant true green, the other new light shifted to more of a yellow-orange, think the color of the amber in Jurassic Park atop John Hammond’s cane, and the one in the middle, the original one that the other three had split from, started pulsing. From white to neon purple, white to neon purple, it was pulsing to the rhythm of a low bassy mechanical whir.

I wasn’t sure if the sound was my imagination, or the sound of my blood pressure rising while starting to feel frightened out in the silence of the Texas country, or the sound of a distant powerline pole that I had always been hearing, but only now became aware of due to my heightened alertness, or if this thing in the sky was making the noise.

I said “What is that?! Is it a plane… or a helicopter or something?” with what I imagine was obvious freaked-outness in my voice. My friend replied “No, I don’t think so. We don’t get planes out here.” and she became frightened too. She sat up and yelled, “Daddy, come look!” Their family dog started barking from inside. I could see the dog across the yard through the sliding glass door in the back of their house, it looked very anxious to get out to us, especially with my friend screaming for help. 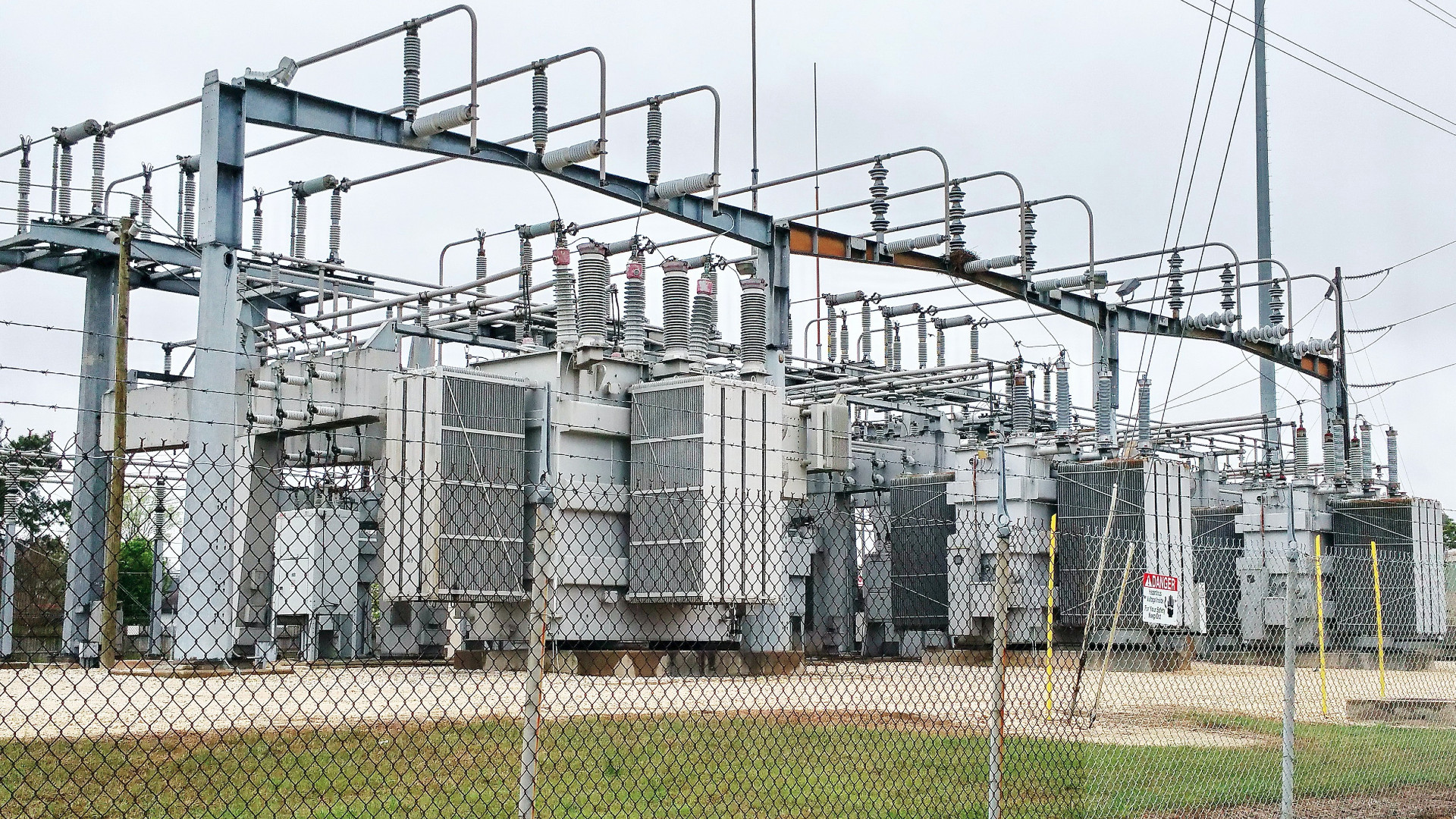 At this time the whir, what I can only describe now as a deep electrical humming that you hear when you’re close to one of those power substations that they put in neighborhoods or a large transformer box on the street, became very loud in my head. Her father came out of the house with their dog who was still barking, now it was a wild bark like he was alerting us of an intruder, or fighting.

I was scared, but didn’t want to say anything because my friend was scared. Her father got to the truck where we were in the backyard and said “What is it?! What’s wrong with you guys, why are you hollerin’?!” My friend pointed up in the direction of the lights and said “Daddy there’s something in the sky.” He looked up, his eyes searched for a moment for what she was talking about. As he was searching the skies I refocused my own eyes onto the phenomenon.

The middle light, still strobing from neon violet to white, grew. It went from the size of when you can see one of the planets to the size of a full moon when you can still see it early in the morning after the sun is already out. Not as big as the moon gets during supermoon times, but way bigger than any star or other planet I have seen with my naked eye. 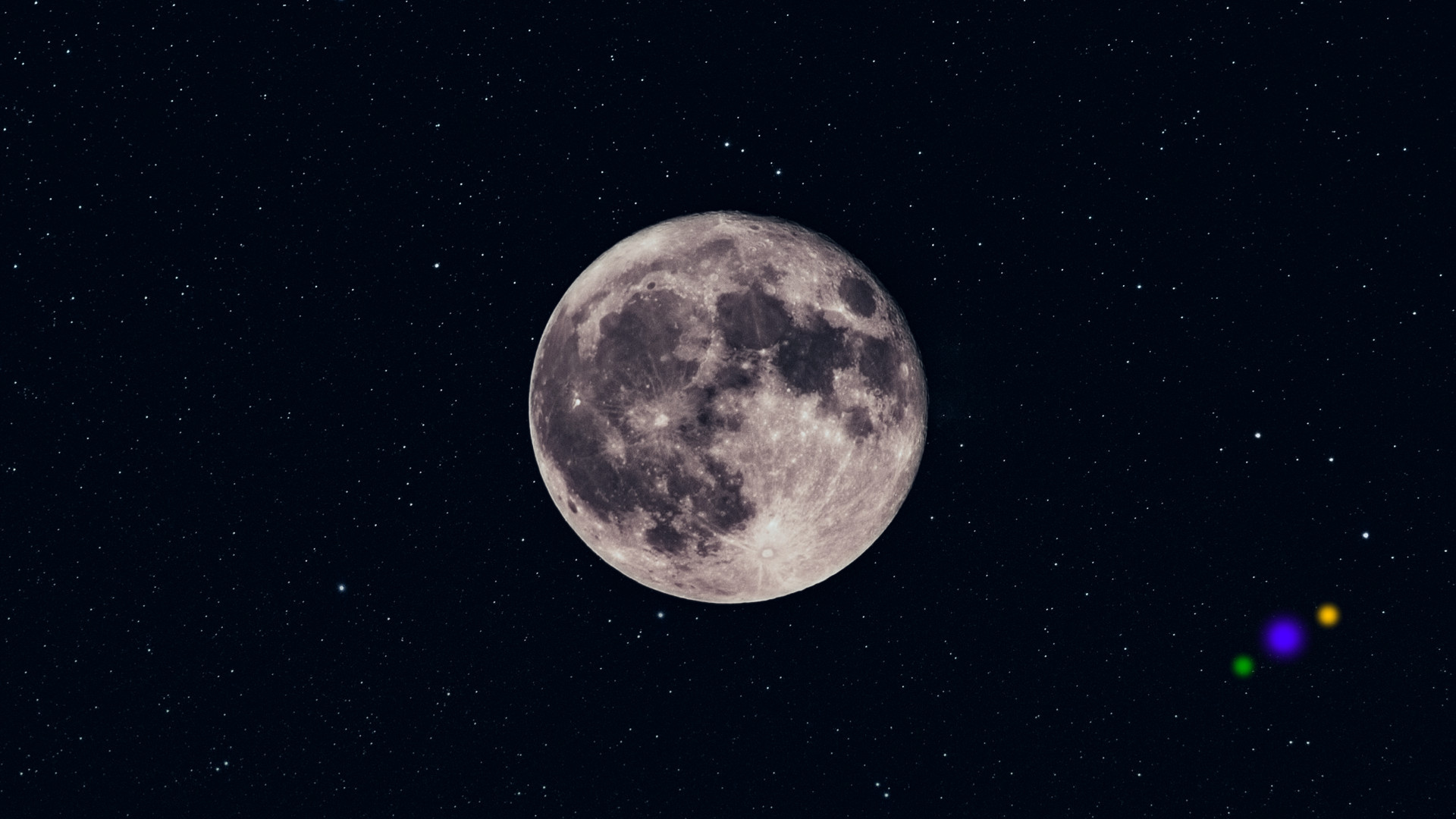 Her father gasped, obviously with a light pulsing color in the sky and growing, it was now impossible for him to miss what we were so scared by. He said “What the hell is that?!” and began tugging at the dog whose barking had become chaotic and almost ravenous.

The whirring, which I had blocked out for a second while everything else was going on, became almost deafening, like the noise mid-flight of an airplane. You hear it constantly and you have to talk louder to be heard, but you at the same time can push the constant noise to the back of your mind. I realized I was terrified, fear started to grip me, and I began to cry.

Through my tears, I saw the three lights surge in brightness to a brilliant white, like the kind of white you see right after having a photoflash go off for school portrait day or when the sun reflects off the car in front of you.

Then, they disappeared completely out of the sky.

Other than the shifting from one light to three, the phenomena didn’t move, it just grew larger, changed color, and then ceased to exist. The electrical whir humming stopped either a split-second before, or the very moment of the lights disappearing. The dog stopped barking and growling as soon as the humming stopped. 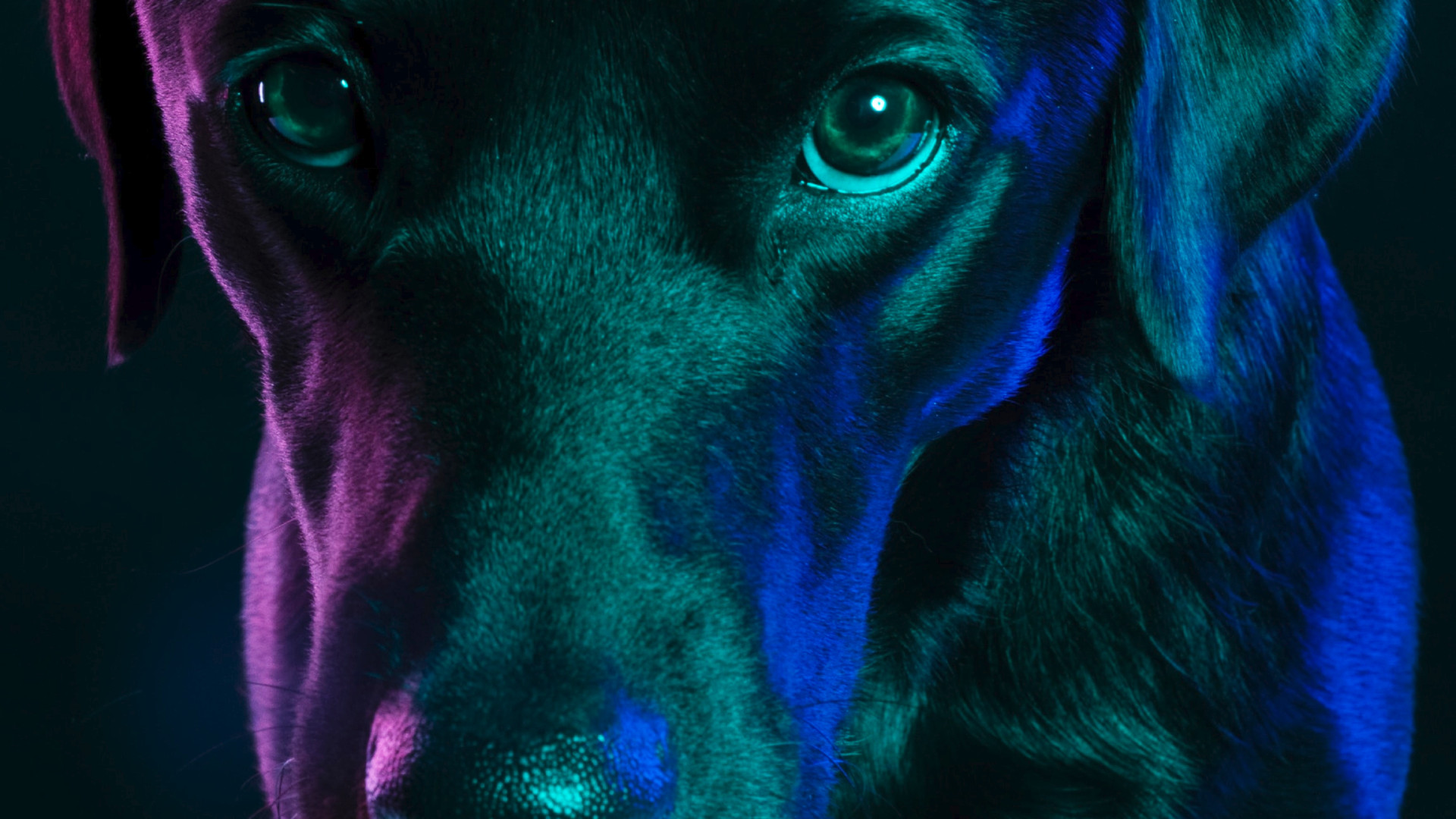 My friend’s father picked her up out of the bed of the truck in one quick swoop and said “Marilynn grab your sleeping bag, I think y’all’re too young yet to be spending the night outside.” I gathered my things and followed them inside. We walked the stretch of the yard back to the house in complete silence, I remember the dog seemed to make it a point to be the last one in the house, like it was making sure we all made it in safe.

We hunkered down in my friend’s room that night, her father kissed her and my forehead in silence still. I don’t think he said a word until after breakfast the next day. My friend and I stayed up talking about what we had seen. Asking questions and forming theories about what we thought it could have been, questioning things like are other life forms in the universe, are we so unique as humans, if aliens found us would they be mean, would we have the means to communicate, what do they look like, what do they eat?

We talked until the sun was rising, our throats were dry and our eyelids too heavy to keep open. I think the entire house maybe got three hours of sleep. 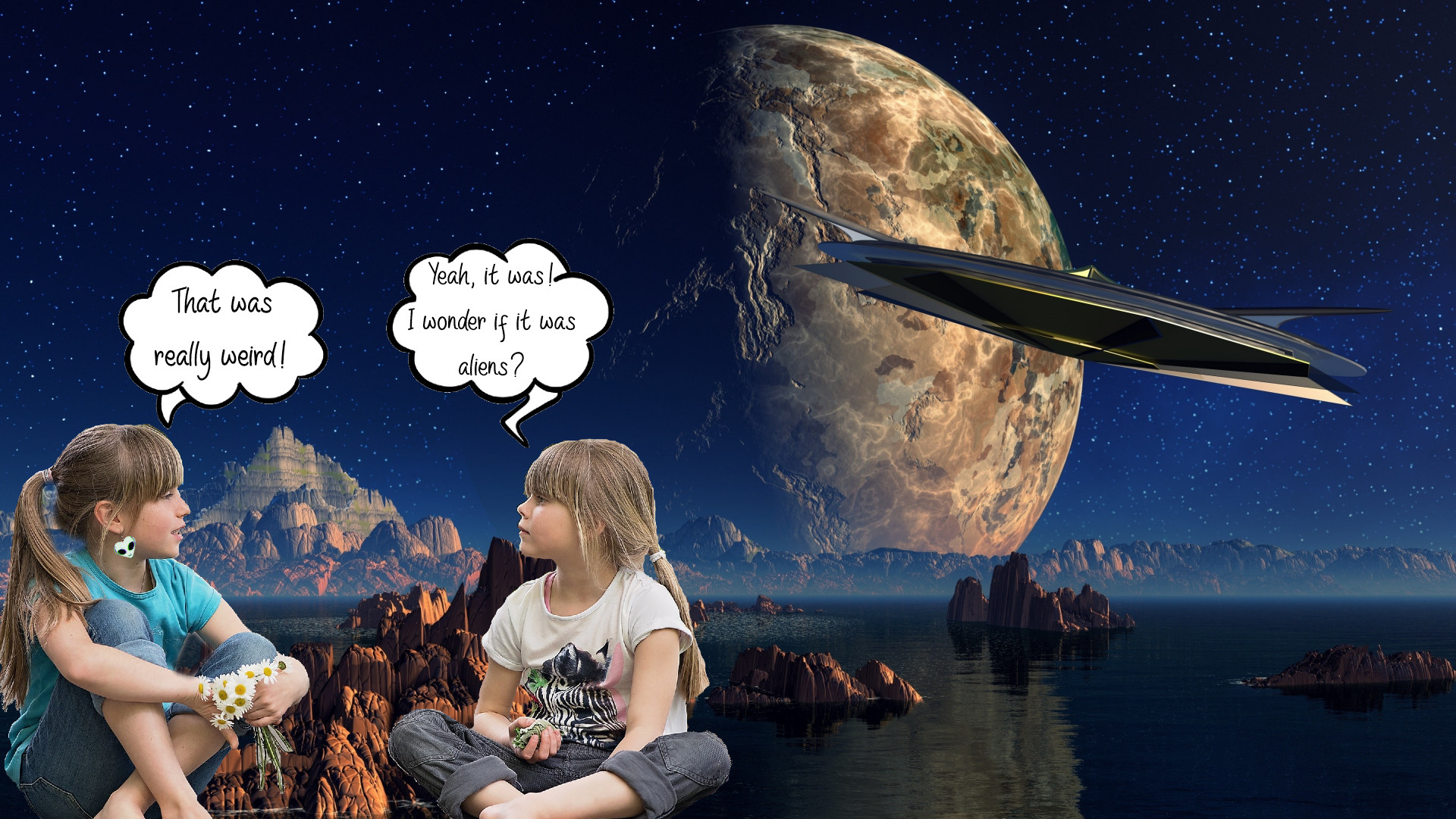 The events of that night and questions we came up with afterward to try to understand have never left me. Sometimes, right before I fall asleep, even now over 20 years later, I can still see the three lights behind my eyelids and hear that strange hum as I drift off to sleep. I want to believe.

As always, Dear Reader, I want to hear your thoughts and stories. What do you think about the existence of aliens? Do you have any experiences of your own with lights in the sky? Hit me up on Twitter and let me know!