We kick things off with an incredible piece of fan art, depicting the trusty weapons of horror’s most iconic slasher villains. I hate sharing art without giving credit to the artist, but in situations like this one, I simply have no way of knowing who that artist is. So if anyone knows, please drop a comment below so I can give him/her the credit that is deserved. And if you find out where I can snag a print, that’d also be much appreciated! 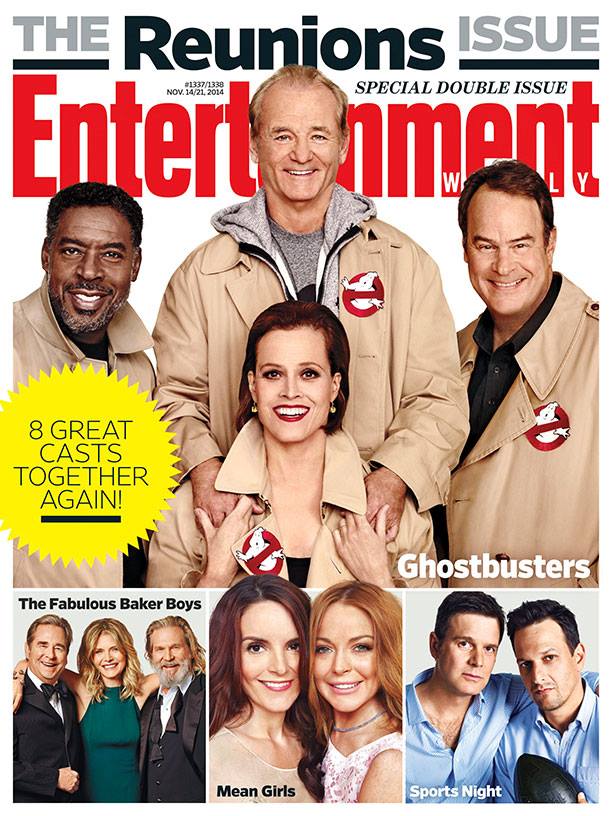 Though it seems the original Ghostbusters will never reunite on film, as most fans have for years been hoping they would, at least some level of happiness simply must be derived from this week’s issue of Entertainment Weekly, which managed to bring the gang back together for the film’s 30th anniversary. The issue is a must for all fans, and it features interviews with Bill Murray, Sigourney Weaver, Dan Aykroyd and Ernie Hudson. Don’t miss it! 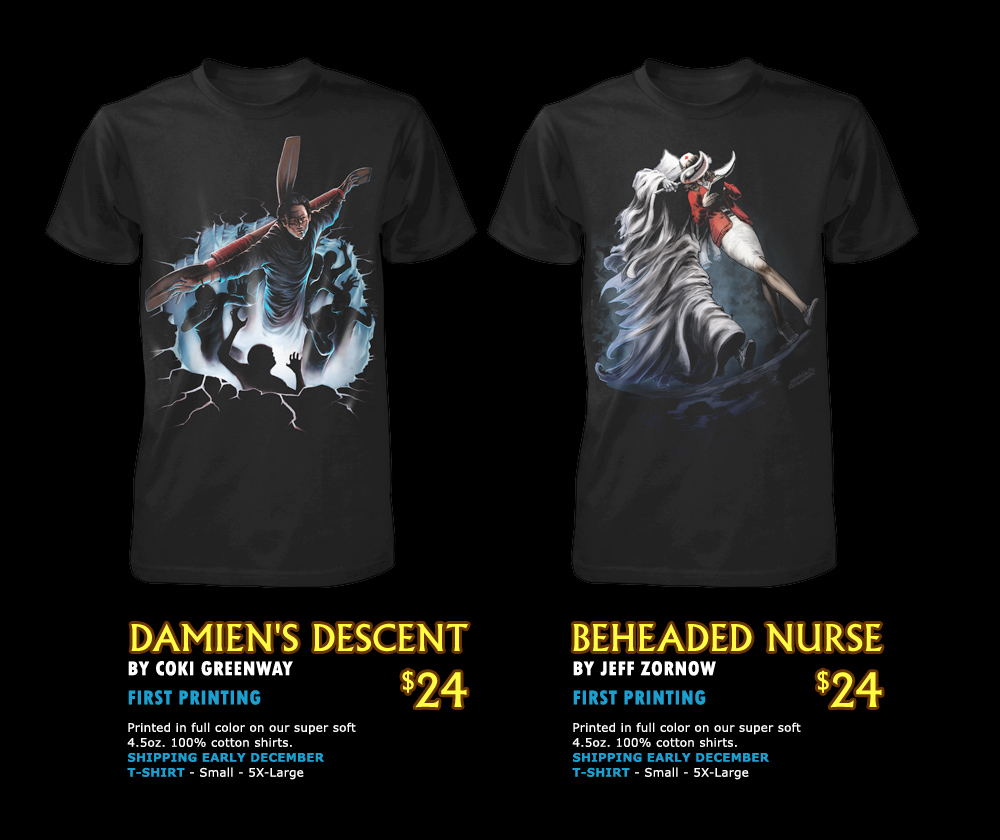 There are a handful of horror sequels that are only appreciated by a very small group of fans, and The Exorcist 3 is certainly one of them. Catering to that fanbase, Fright Rags unveiled a full collection of t-shirts inspired by the film this week, all of them going on sale next Wednesday. Head over to their website to learn more and see all four shirts! 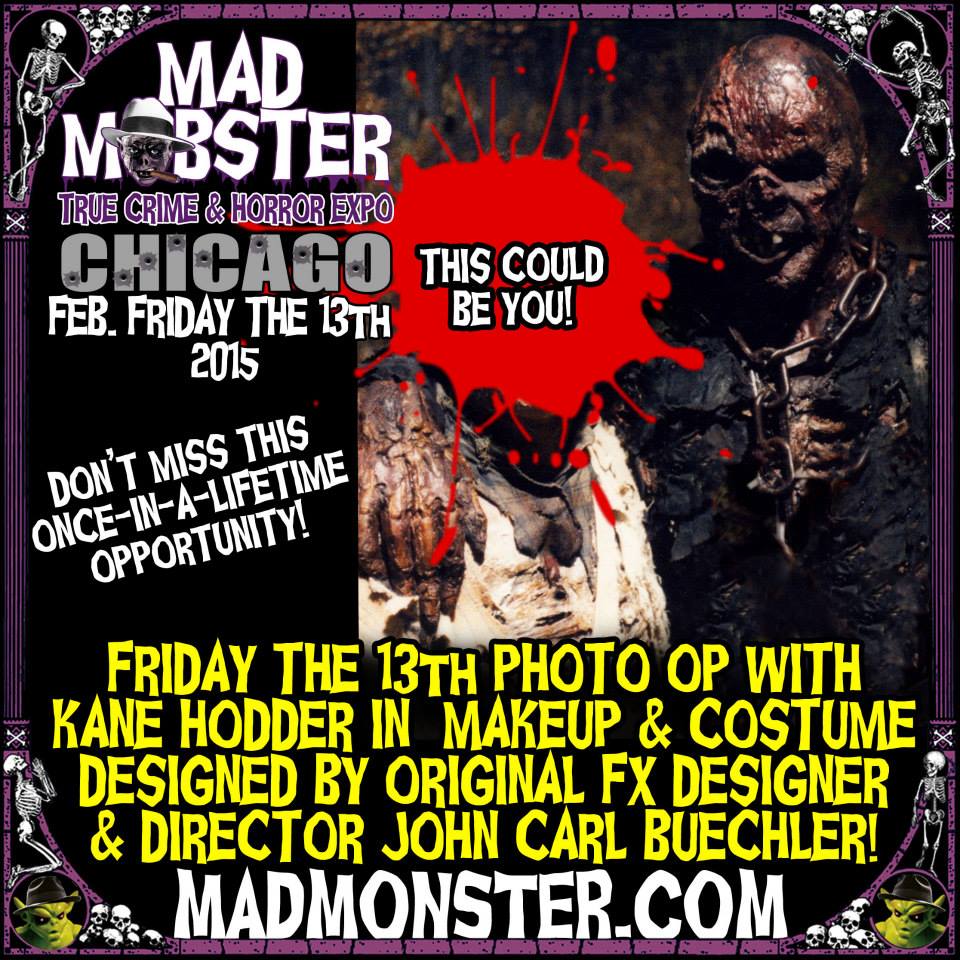 Following in the footsteps of Robert Englund, who played Freddy for a special convention earlier this year, Kane Hodder will be donning the Jason mask and costume one more time next February, for the horror/true crime convention Mad Mobster Party. Though Kane has been a regular on the convention scene for decades, this is the first time he’s ever appeared as Jason, and it’s also likely the last time. Worth a road trip? You bet your ass it is! 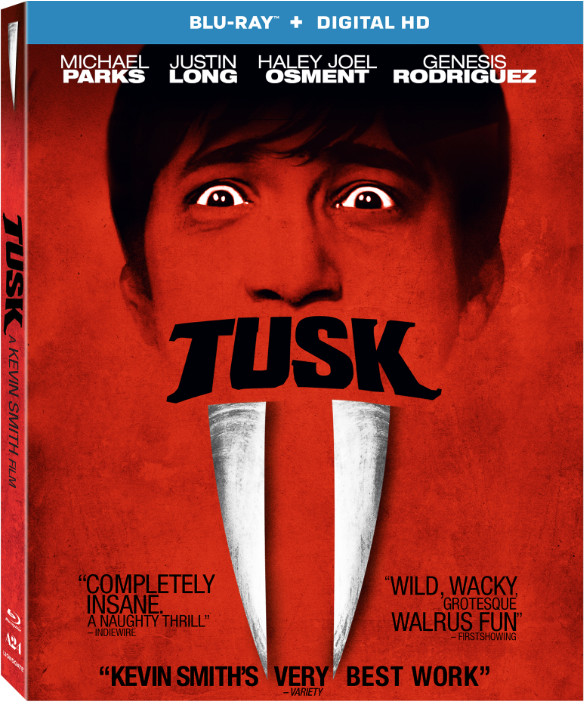 I’m still bummed that so few supported Kevin Smith’s Tusk during its brief theatrical run a couple months back, though the good news is that the poor box office performance has resulted in a rapid home video release. Shortly after hitting theaters, Tusk is coming home on December 30th, and the disc will include deleted scenes, multiple making of featurettes, a career retrospective on Kevin Smith, an audio commentary with Smith and the original podcast that inspired the film. One of my favorites of the year, though it’s certainly not for everyone! 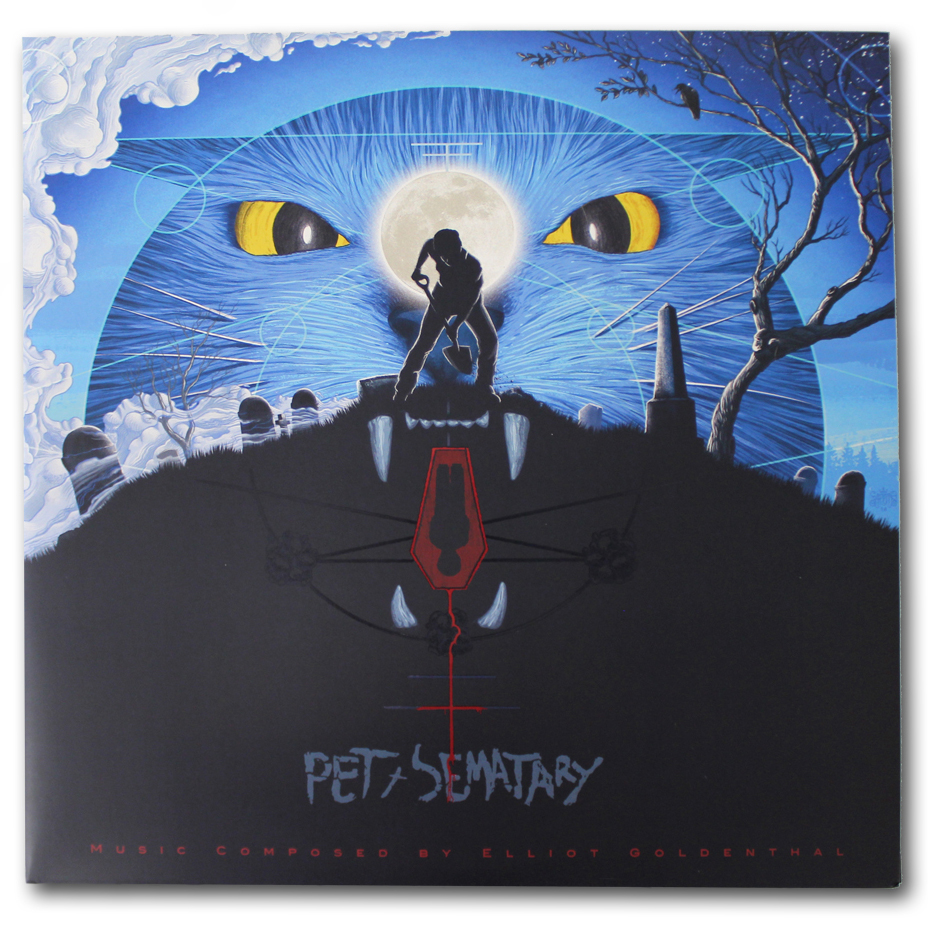 If you love listening to horror soundtracks on vinyl then I hope you’ve been thoroughly enjoying the fact that we’re currently living in a golden age for such treats, with art boutique Mondo being one of the leaders of the vinyl resurgence. On Halloween, they released a 25th anniversary Pet Sematary record with this gorgeous art by Mike Saputo. Unfortunately, they’re all sold out, but you can probably snag one over on eBay if you poke around. 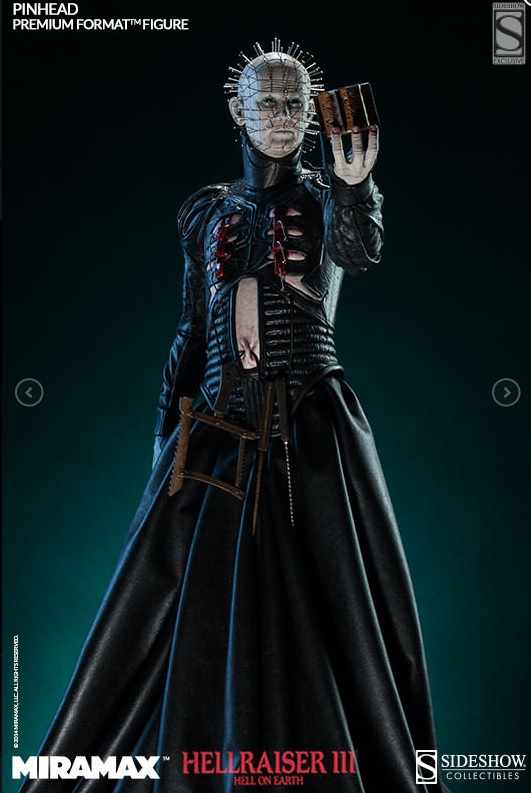 Putting damn near all other Hellraiser collectibles to shame, Sideshow Collectibles just put up for grabs this ‘Premium Format’ Pinhead figure, which measures nearly two feet tall. Crafted from premium grade polystone, the statue is based on Pinhead’s look in Hellraiser 3, and it’s selling for $449. For now, all you can do is place a pre-order, and the figures are expected to ship out in time for next Halloween. Pricey, for sure, but for the hardcore Hellraiser fan, this is the ultimate collectible! 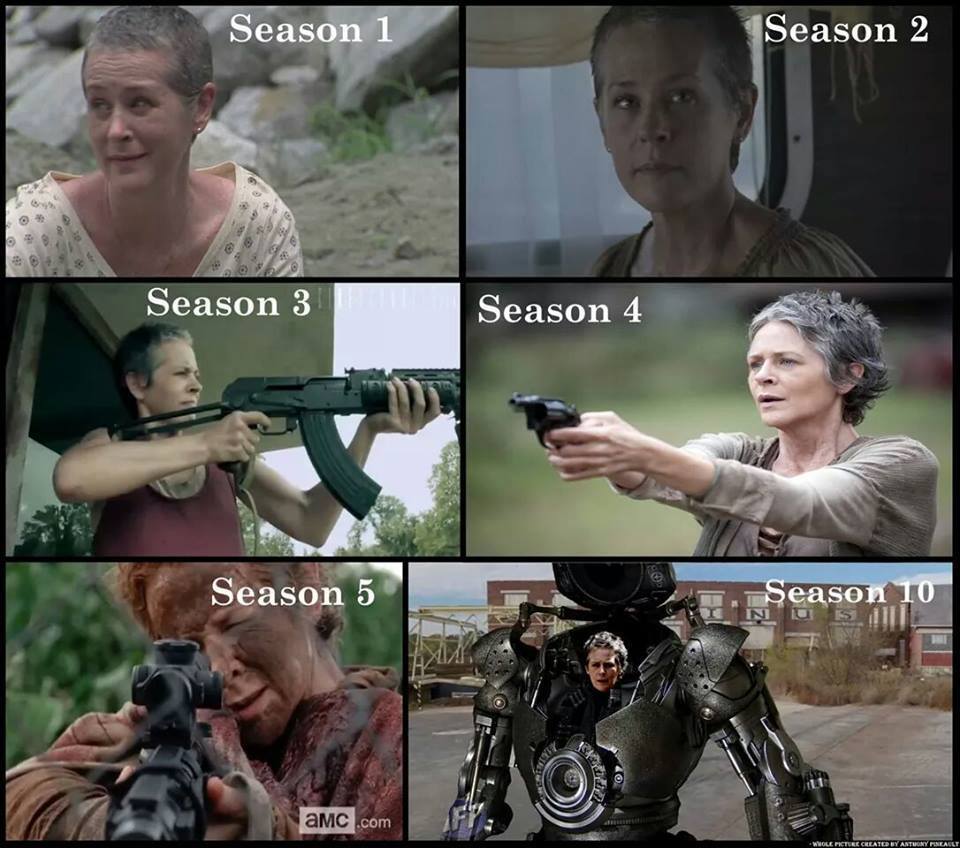 Though all characters on The Walking Dead have gone through some big time changes throughout the show, none has undergone more of a transformation than Carol Peletier. From an abused wife to a gun-toting hero, Carol has ended up being one of the most interesting and downright badass characters on the series, which is certainly not something I expected. This fun little image chronicles that evolution, and makes a pretty humorous prediction for the future. Yes please.

Have a great weekend, friends!