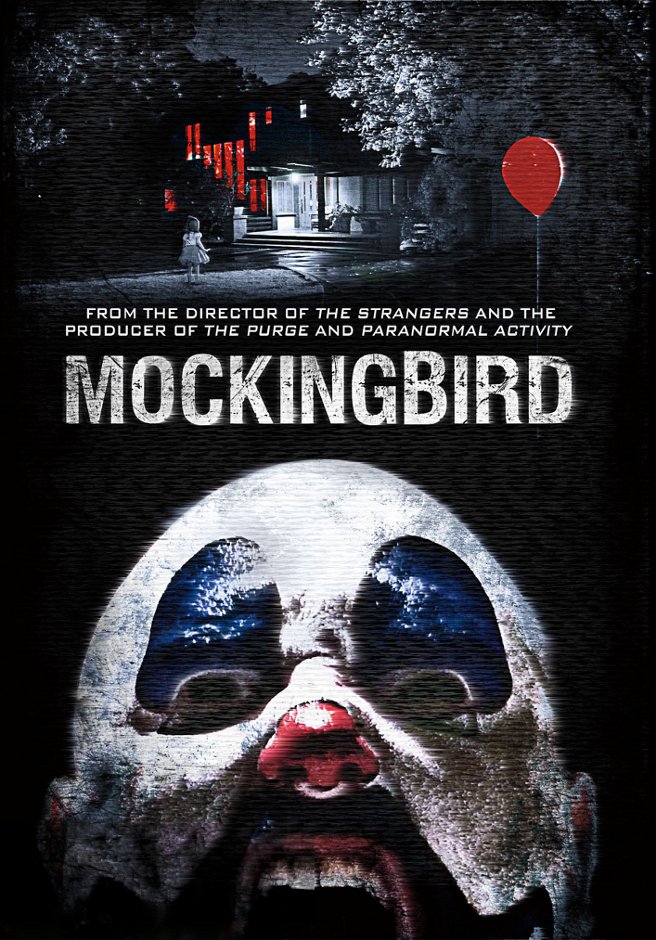 After bursting onto the scene with writing/directorial debut The Strangers, it seemed a sure thing that the name Bryan Bertino would become one that we’d see attached to big screen horror films for many years to come.

Six years later, Bertino’s long-awaited follow-up has finally arrived, though it’s likely that you haven’t even heard of it. After hitting VOD last month, along with a Walmart exclusive DVD release, the film has been quietly dumped onto Netflix, its low user rating suggesting that Bertino is perhaps a one-hit-wonder.

As a big fan of The Strangers, I ignored the outpouring of negativity and hit the play button on Netflix earlier tonight, hoping that perhaps others were simply being overly-critical of the film. Should you do the same? Well, that’s the question I’m here to answer tonight.

In Mockingbird, both a husband/wife couple and a single woman receive a mysterious camera on their doorstep, urging them to ‘keep filming.’ Convinced it must be some sort of contest, they all agree to do just that, at first not thinking much of it. It soon becomes clear that they’re all unwilling participants in the same sinister game, which they’re forced to play or die.

As you’ve probably surmised by now, Mockingbird is indeed a found footage film, told entirely from the POV of those mysterious cameras. And it’s actually somewhat of a unique concept within the sub-genre, right off the bat answering two questions that these sorts of movies oftentimes don’t provide adequate answers to: Why are the characters filming everything, and why don’t they stop, when shit starts to hit the fan?

In Mockingbird, not only are the cameras unable to be turned off but they’re also an active participant in the story, so it actually makes sense why they stay on and why the characters rarely put them down. Sure, there are still those moments where any logical person would either destroy the camera or at least stop wielding it, but it’s nice to see the plot of a found footage movie revolve around the cameras for once, rather than simply feature characters carrying them.

Unfortunately, that initial concept isn’t intriguing for very long, as it quickly becomes clear that the interesting idea is merely masking yet another generic found footage movie. While the early portions of the film are intriguing enough that you feel like you’re watching something fresh and new, it’s not long before the sub-genre’s familiar tropes rear their ugly head, as the cameras get real shaky and loud noises become the film’s villain.

Even at just 80 minutes long, Mockingbird is excruciatingly drawn out, and by the end it’s crystal clear that the concept just wasn’t fleshed out the way it needed to be. It’s a shame, really, because there is the kernel of an amusing little idea there, but there’s just not enough meat on that idea’s bones to warrant a feature.

Ultimately, Bertino’s latest comes off like a short film that was stretched well beyond its limits, and the utterly predictable twist ending – though it would’ve been fun, in a 15-minute film – feels more like a slap in the face than anything else. You almost feel like you’re being laughed at, for sitting through the movie, which needless to say isn’t a good feeling.

If there is any highlight to the film it’s Barak Hardley, who plays Leonard. An overly-excited dude who lives with his mom, Leonard also receives a camera on his doorstep, though his instructions are different. He’s told to dress up as a clown and film himself doing crazy stunts, and every scene he’s in is far more entertaining than anything else. It’s as if he’s in his own movie for the majority of the runtime, and it’s a movie that I would’ve much rather watched 80 minutes of than this one.

With The Strangers, Bryan Bertino crafted an effective home invasion film out of a generic concept. With Mockingbird, he’s made a generic found footage movie out of an interesting concept. Go figure, eh?

To stream or not to stream? Gotta go with the latter, on this one.