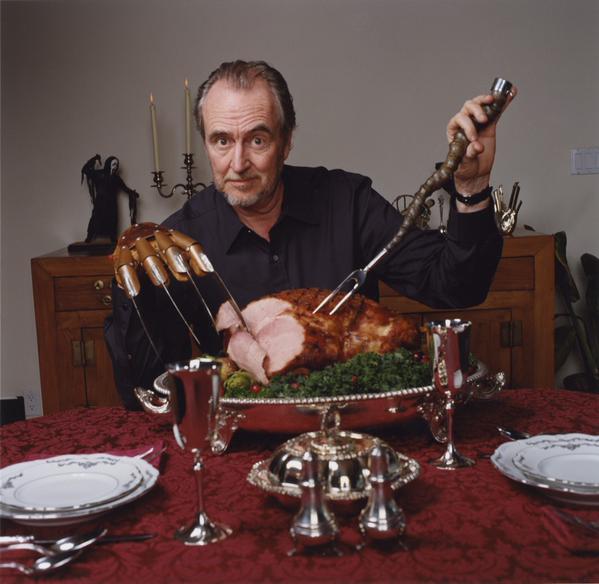 Wes Craven is one of those guys who totally ‘gets’ social media, and he has a lot of fun using his various platforms to interact with us fans and thank us for all the support. Craven’s Instagram is particularly amusing, and yesterday he invited us into his household with this epic Thanksgiving photo. Kim Kardashian’s ass is nice and all, but this is the image that should’ve broke the internet! 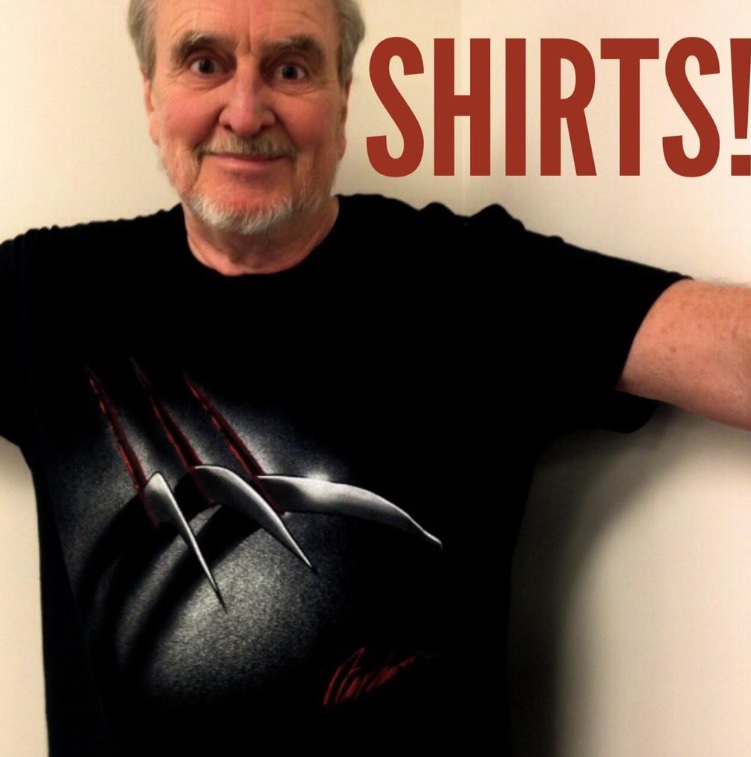 Speaking of Wes Craven, he also offered up another treat for fans this week, putting up for grabs four Nightmare on Elm Street t-shirts that he himself designed. Two different designs are each available on either black or gray shirts, both of them featuring the iconic imagery of Freddy’s glove. The shirts are $25 apiece, and his signature accompanies the art. Grab yours over on Craven’s website! 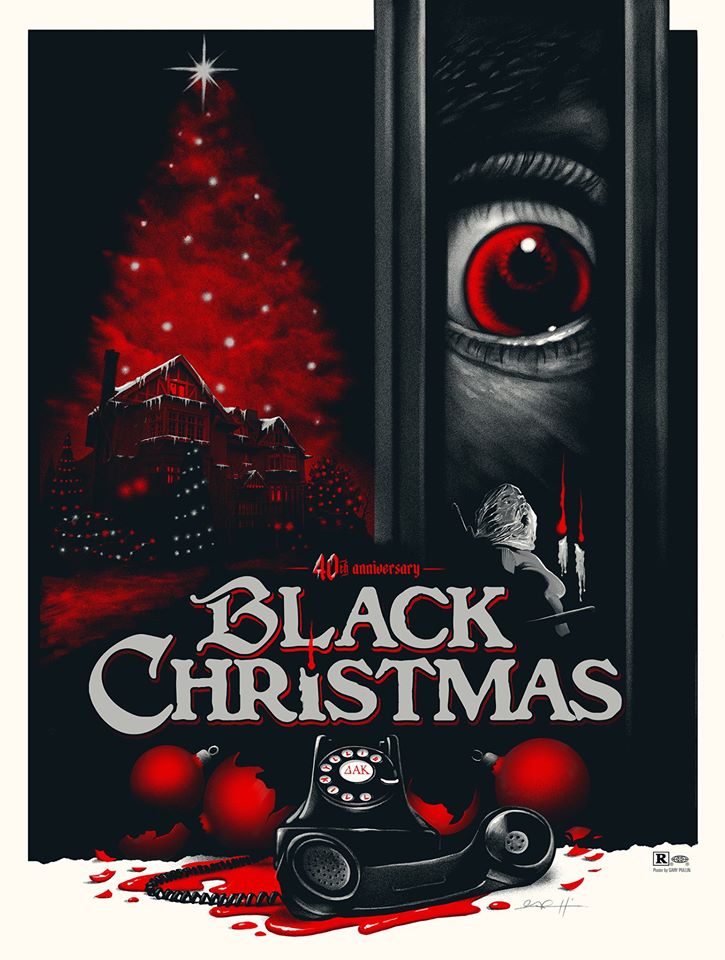 Now that Thanksgiving has passed, we can officially begin the countdown to Christmas, which is actually already underway here on HL. This year marks the 40th anniversary of Black Christmas and Rue Morgue is celebrating with a special screening of the classic film, up in Toronto. Today they unveiled the poster for the event, designed by “Ghoulish” Gary Pullin. Head over to the Rue Morgue Facebook page to learn more, and expect a 40th anniversary post round these parts real soon! 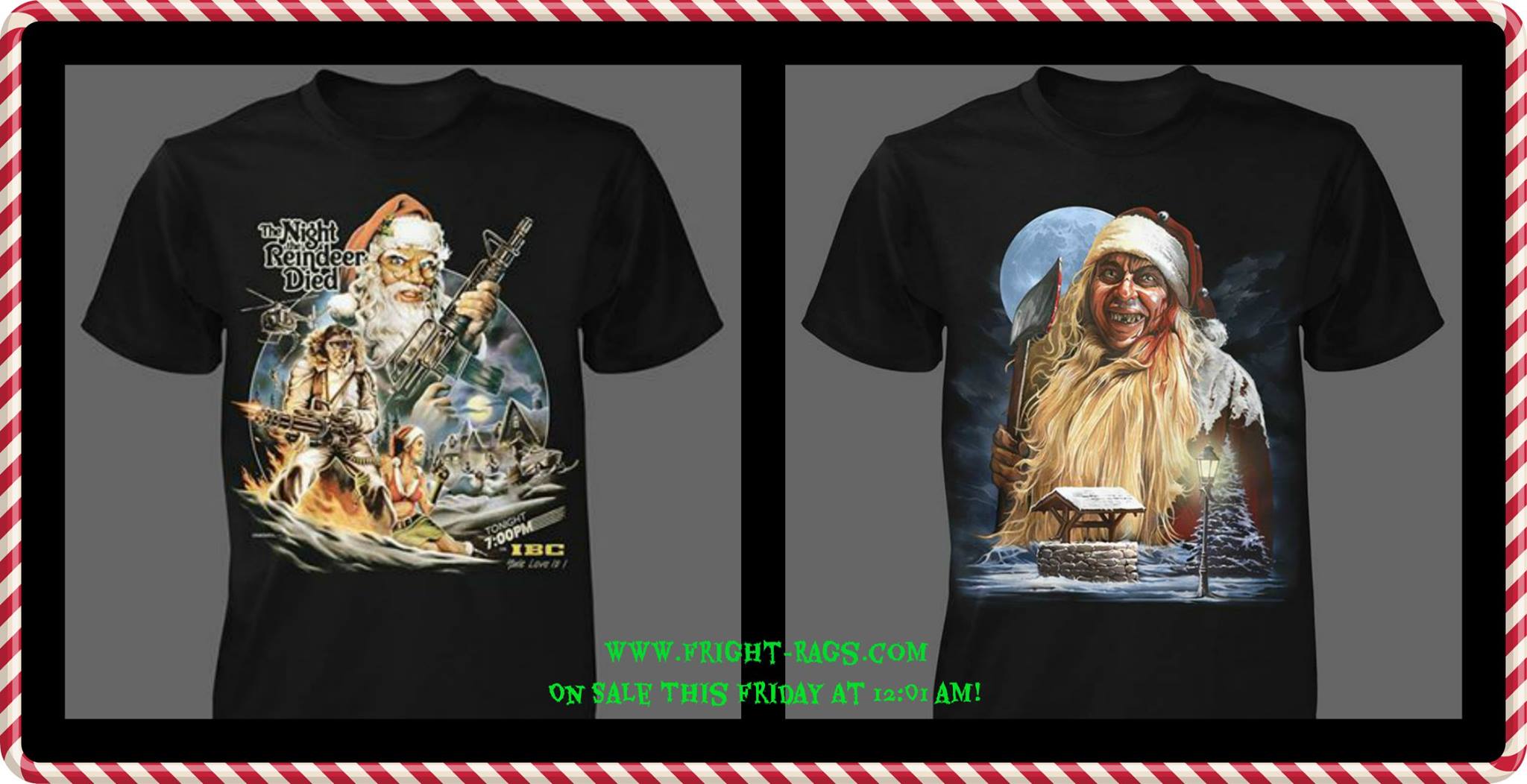 Fright Rags is celebrating Black Friday in style, offering up all sorts of tasty deals. Now through next Wednesday, over 75 shirts are 25%-35% off, hoodies are 35% off and 35% has also been slashed off all posters. In addition, these two new holiday-themed designs are available, based on a faux movie from Scrooged and the Tales from the Crypt episode ‘And All Through the House.’ Head over to Fright Rags to take advantage! 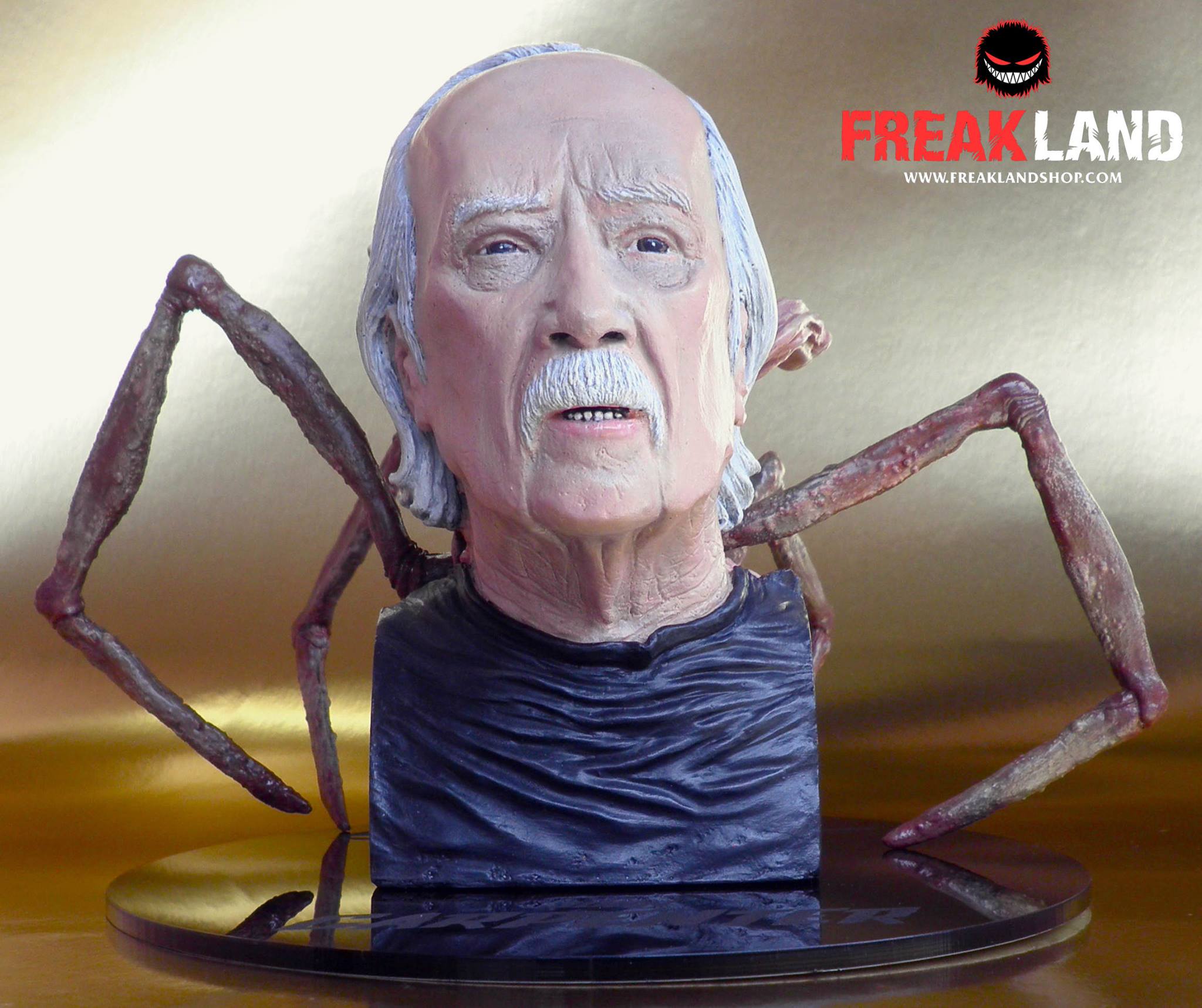 ‘What the fuck?!’ and ‘holy shit, that’s awesome!’ are two of the things that came to my mind upon seeing this utterly bizarre sculpture, which turns The Thing director John Carpenter into one of the monsters from the film. Limited to only 500 pieces, they’re available from online shop Freak Land, and at the time of writing this only three are left in stock. If that’s not the ultimate conversation piece for the horror fan home, I simply do not know what is. 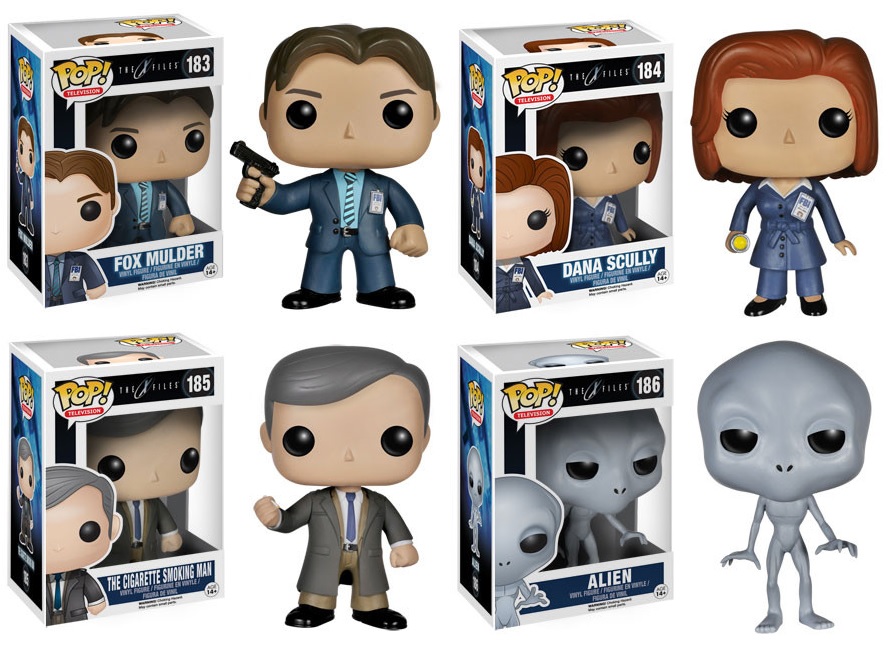 In case you haven’t noticed, toy company Funko is on a quest to turn every single character in pop culture history into an adorable little vinyl toy, and they’ve been doing a pretty damn good job at doing just that. Earlier in the week, they announced and unveiled a line of upcoming X-Files vinyl toys, consisting of Mulder, Scully, ‘The Cigarette Smoking Man’ and an alien. They’ll be available early next year, along with Mulder and Scully bobble-heads! 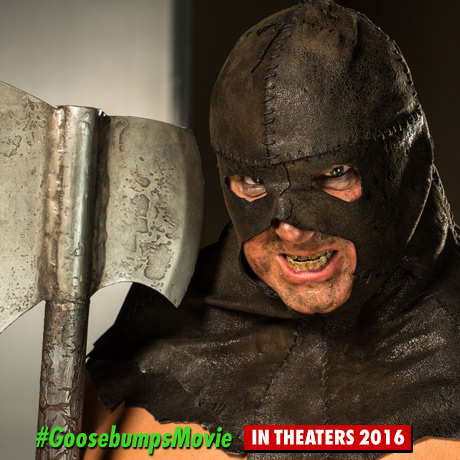 Last week we showed you the first image of a Jack-o’-Lantern monster from next year’s Goosebumps movie, and ALL monsters were revealed on the official website shortly thereafter. A zombie, a killer clown and a mummy are just a few of the characters that will be in the movie, along with the Executioner from ‘A Night in Terror Tower’ (above). The movie looks to be a real treat for fans of the books, and it hits theaters August 7th, 2015! 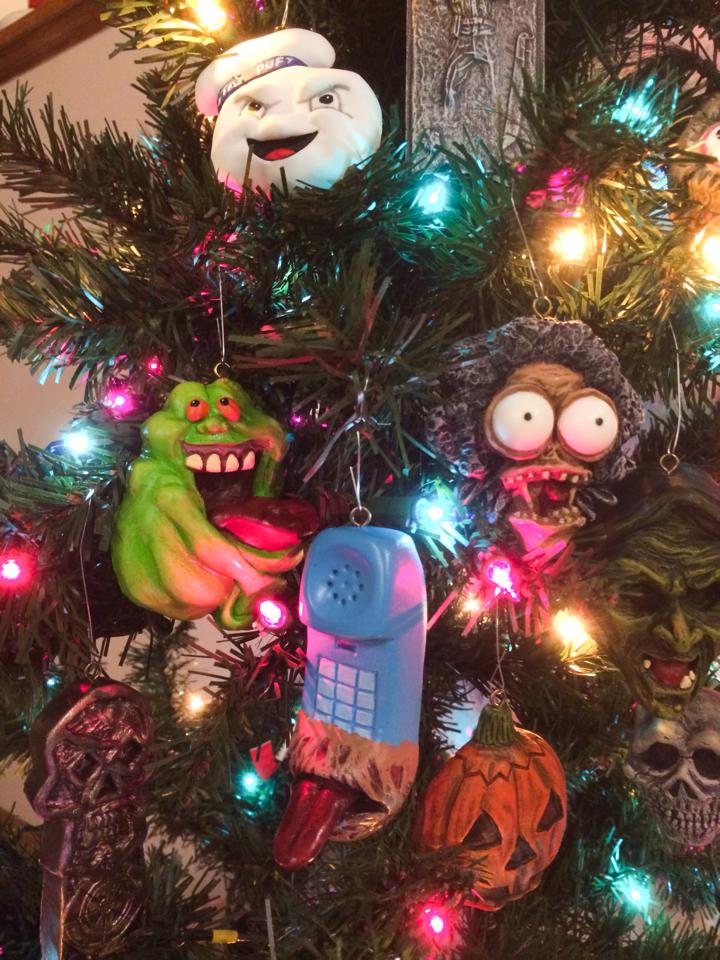 The end of Black Friday marks the beginning of Small Business Saturday, which is much more exciting for horror fans like ourselves. Homemade Horror, for example, is having a big time sale tomorrow, launching a slew of new sculptures that can either be purchased as magnets or ornaments. The collection includes all three masks from Halloween 3, the tongue phone from A Nightmare on Elm Street and Trick ‘r Treat‘s Sam. They’ll go up for sale tomorrow at 12pm EST, and will be available through December 1st.