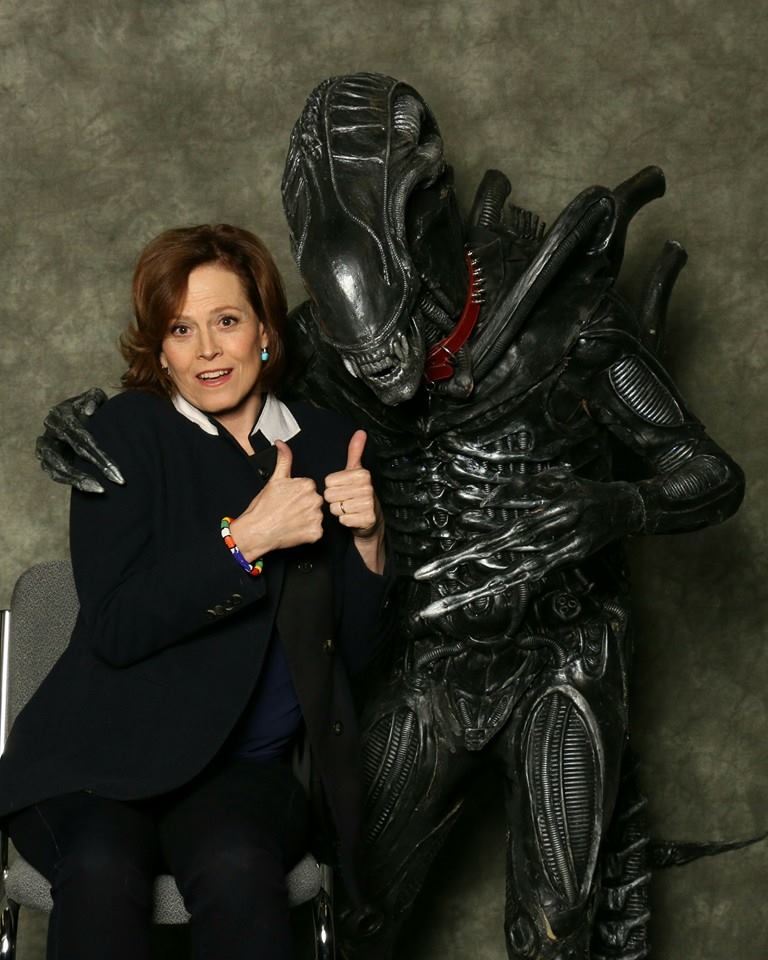 Last weekend, the Calgary Comic & Entertainment Expo played host to an Aliens reunion, which included Lance Henriksen and even Sigourney Weaver. After all these years, Ellen Ripley and her Xenomorph adversaries finally buried the hatchet at the show, as you can tell by this awesome photograph. I don’t know about you, but I’d pay good money to be the meat of a Weaver/Xenomorph sandwich! 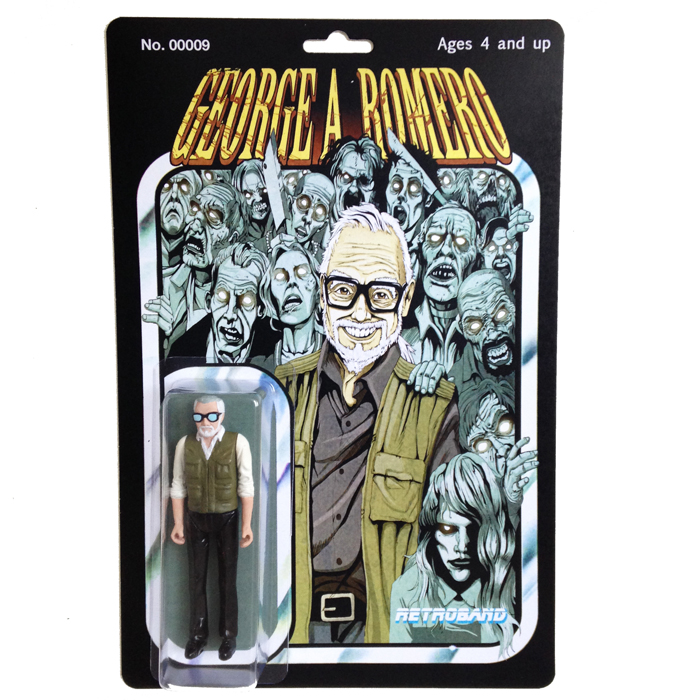 Texas-based art gallery Mondo teamed up with custom toymaker Retroband on this George A. Romero action figure, which was sold exclusively at a special Alamo Drafthouse screening of the original Dawn of the Dead, earlier this week. While it’s possible a few of these will pop up on eBay in the coming weeks, it’s likely they’ll be selling for hundreds of dollars, as is often the case with Retroband releases. I’ve made peace with the fact that I’ll never own one, but that doesn’t change the fact that I want one! 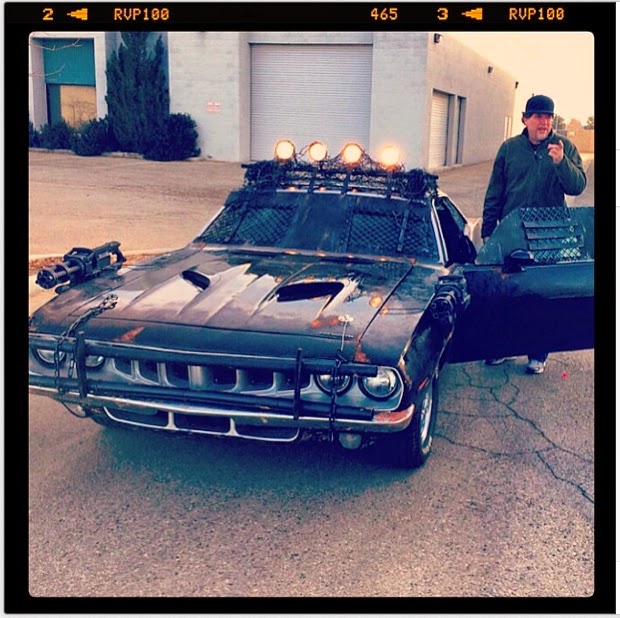 The folks over on The Phantasm Archives shared this behind the scenes image from the upcoming sequel Phantasm: Ravager, which is headed our way sometime this year. Pictured is the franchise’s iconic Plymouth Barracuda, armored up and ready for battle. Can’t wait to see that thing back in action, as it’s one of my favorite movie cars of all time!

By the way, the retrospective book Phantasm Exhumed is NOW AVAILABLE, and I highly recommend you pick up a copy, if you’re a fan of the series! 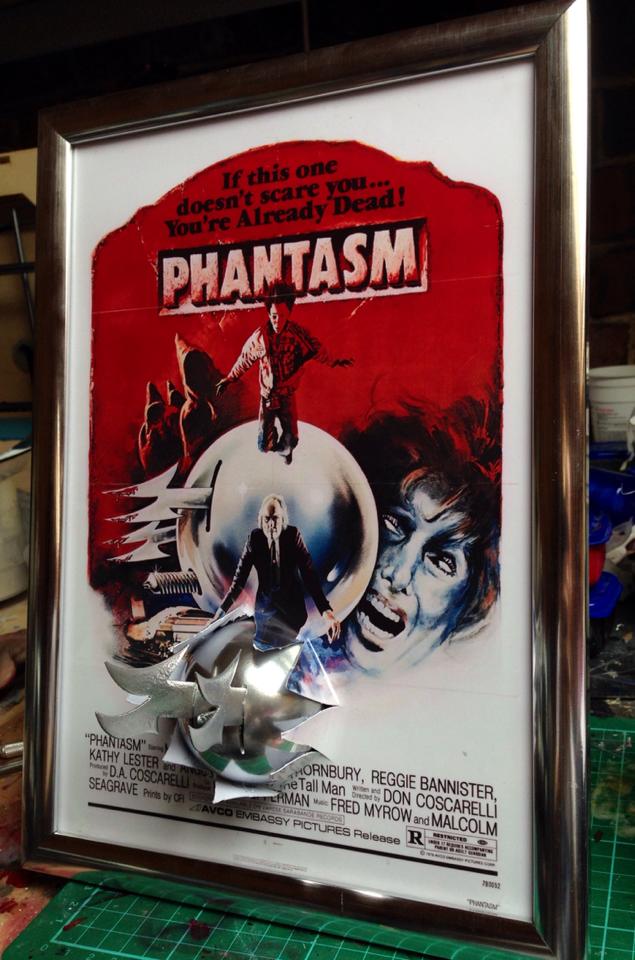 While we’re on the subject of Phantasm, this awesome fan-modified poster popped up on my Facebook feed earlier in the week, created by super-Phan Stephen Snowdon. D.I.Y. 3D, gotta love it! 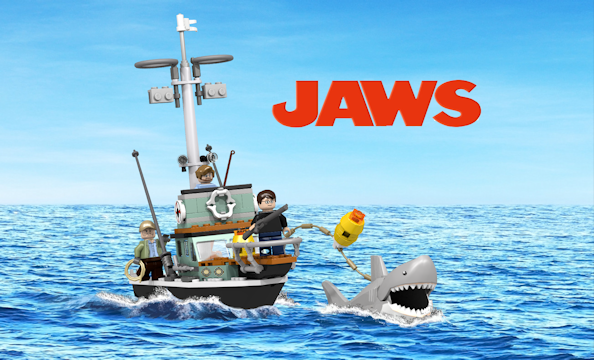 The Lego Group launched a website a few years back called the Lego Ideas Project, which allows fans to come up with their own Lego sets that have the potential to actually be made by the company, if they get enough votes from fellow fans. This Jaws-themed concept submission recently popped up on the site, and I encourage you to head over to Lego Ideas to vote on it, so we can all someday get our hands on this awesome set. Included are the Orca ship, as well as mini-figures of Brody, Quint, Hooper and of course, Bruce the man-eating shark! 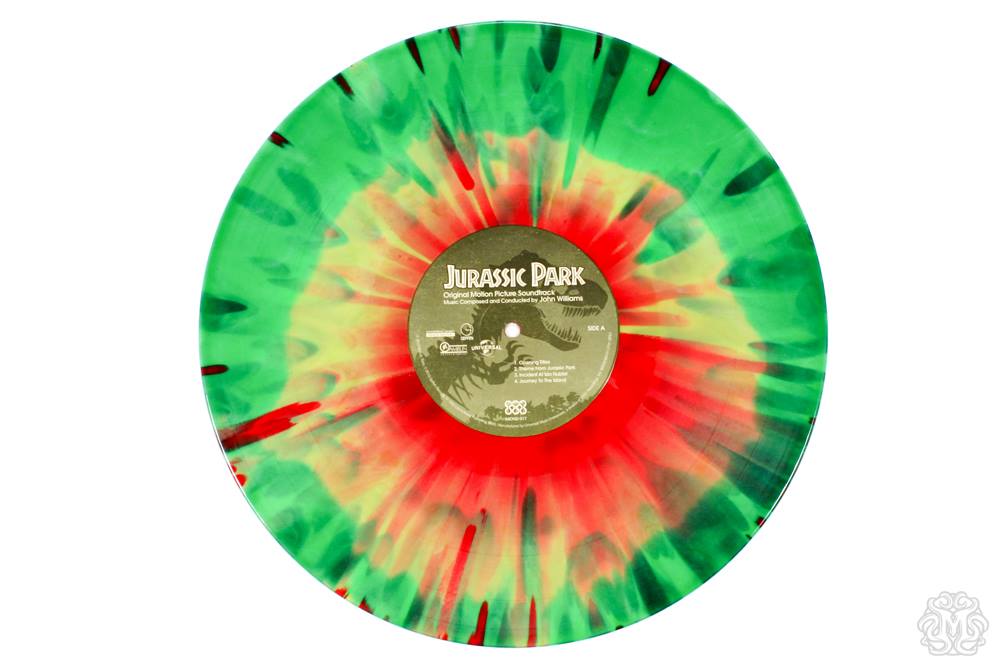 With the impending release of Jurassic World, it’s a good time to be a fan of angry dinosaurs, and specifically of the Jurassic Park franchise. Mondo makes it an even more exciting time with the June 11th release of the original film’s soundtrack, on vinyl, which they unveiled images of this week. Pictured above is just one of many visually stunning versions that will be available, and you can find all the release info over on Mondo’s website. Viva la vinyl! 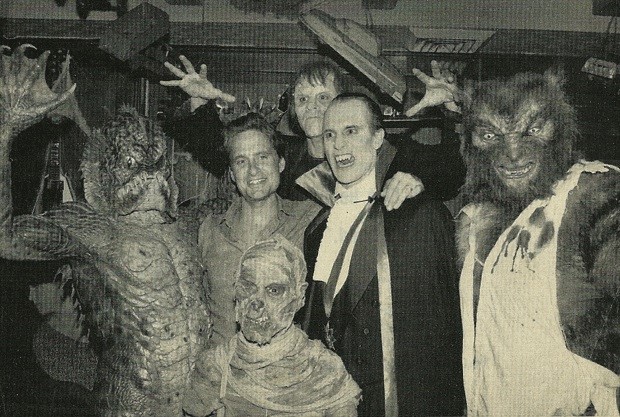 I bet you never thought you’d see a picture of Michael Douglas hanging out with the monsters from The Monster Squad… I know I sure as hell didn’t! Apparently, this was taken at a premiere party for the film back in 1987, which the monsters actually appeared at. I’m not a guy who’s all that into parties, but this is one invite I most definitely would not have turned down! 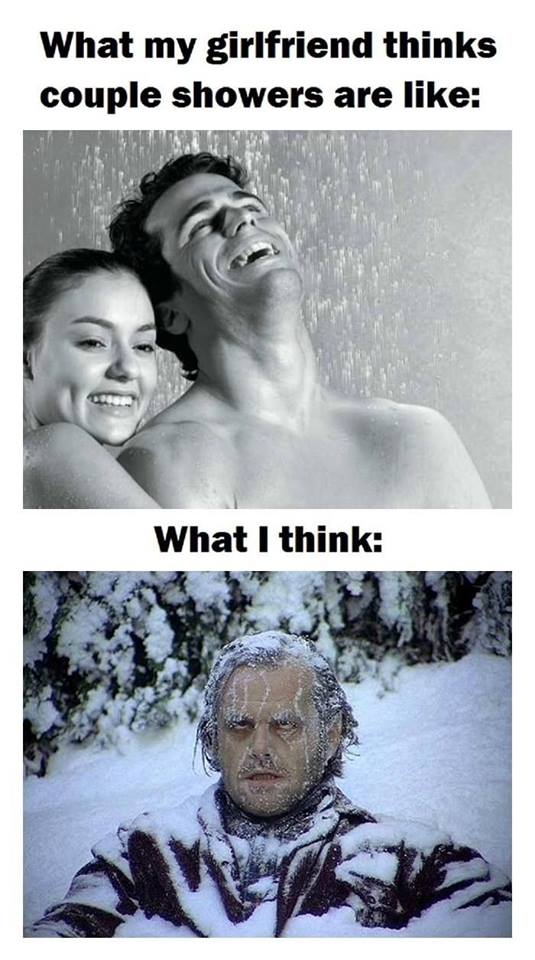 We wrap things up for this week as we oftentimes do; with a bit of silliness that I couldn’t help getting a kick out of. I can totally relate to this image, as showering with my wife always sounds like such a good idea… until I find myself left out in the cold, far out of the range of the hot water stream. I feel your pain, Jack. I really do!