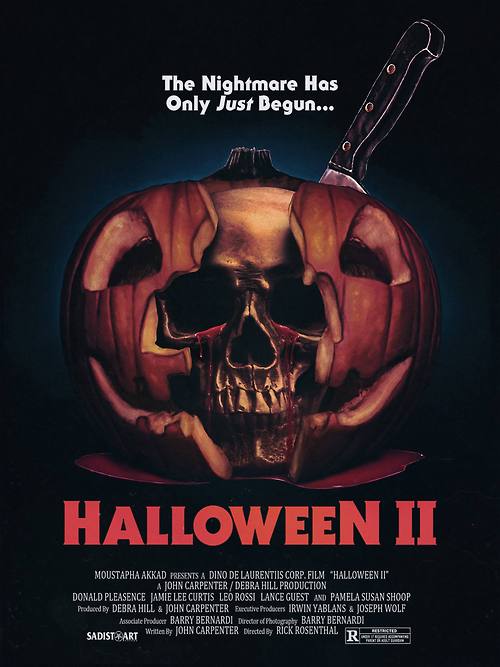 I recently wrote a post here on HL about the Halloween franchise’s opening title sequences, which were particularly awesome in the first four films. My hands down favorite are Halloween 2‘s, which saw a pumpkin splitting apart to reveal a human skull inside. Artist Marc Schoenbach paid tribute to that very moment with this new art, available through his company Sadist Art Designs. Limited prints were made, so act fast! 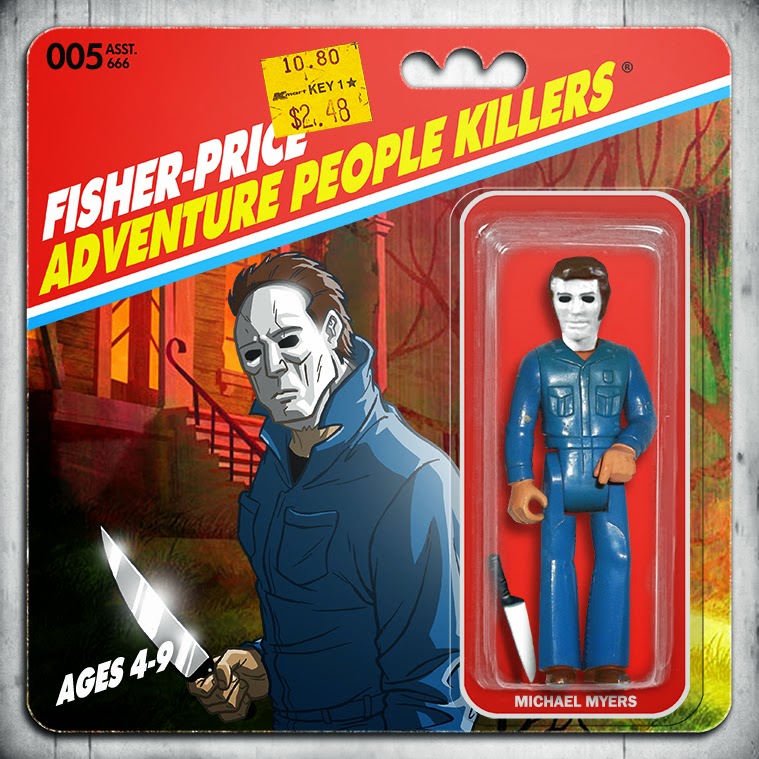 Continuing the Halloween theme of this week’s image roundup – hey, today is Halloween, ya know! – is this faux, fan-made toy, which imagines a world where Fisher Price brought the horror icons into their popular Adventure People line. Phil Postma from the blog Minion Factory is the brain-child of this brilliant concept, and he created a whole line of icons and even victims to go along with them. Be sure to head over there to see Jason, Freddy, Leatherface and others! 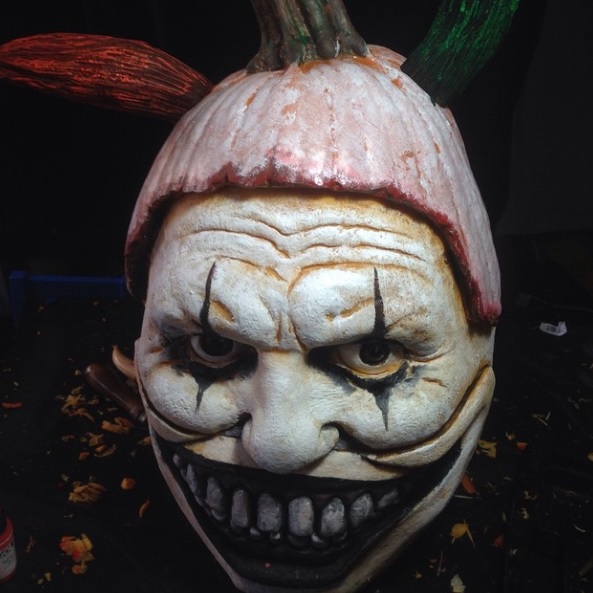 Characters from horror TV shows don’t get much more iconic than American Horror Story: Freak Show‘s Twisty the Clown, who has been terrifying people and pissing off real clowns for the last several weeks. Serving as a testament to his instant status as a horror icon is the fact that many fans carved Twisty pumpkins this Halloween season, with this creation from professional carver Jon Neill representing the cream of the crop. Put down your knives, folks. This bad boy just won Halloween. 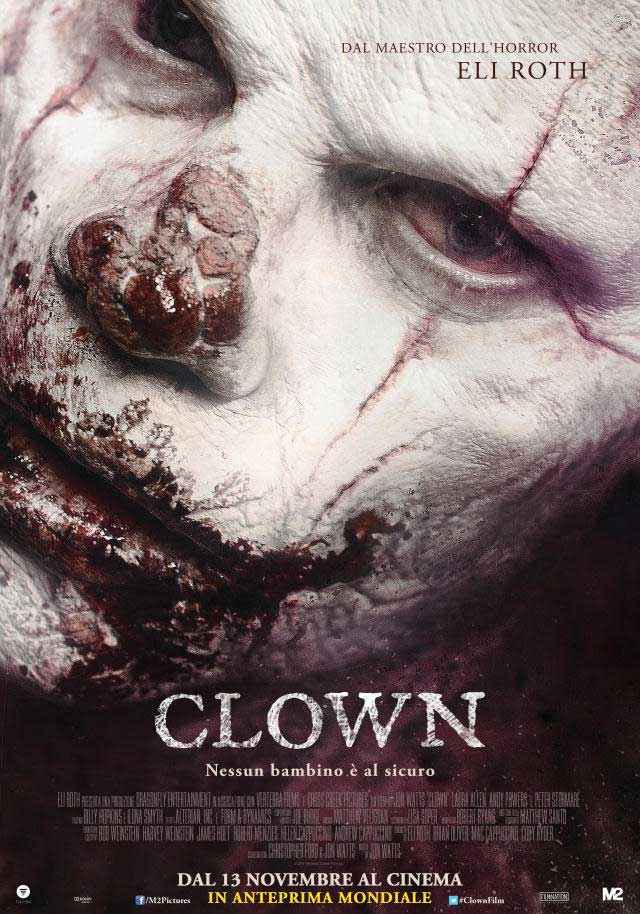 While we’re on the subject of scary clowns, the Eli Roth-produced Clown was just given this new poster over in Italy this week, along with a brand spankin’ new trailer. Long story short, Clown began its life as a faux trailer about a dude who transforms into a clown, and Roth dug it so much that he helped turn it into an actual film. No word yet on when it will be released in the states, but it’s headed to Italy next month. Check out the incredible international trailer over on Shock Till You Drop! 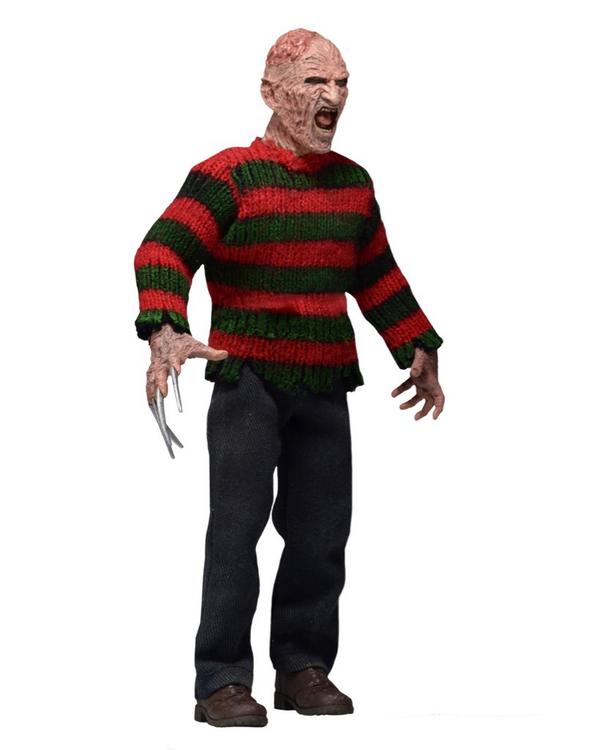 At a special screening of A Nightmare on Elm Street 2: Freddy’s Revenge this week, NECA unveiled their retro-style Part 2 Freddy figure, giving us our first look at the upcoming toy. Measuring 8″ tall, it’s set for release sometime next year, and it will be right at home alongside their previously released Part 1 Freddy and Super Freddy figures, done in the same retro style. Nice to see Freddy’s Revenge getting some love, isn’t it? 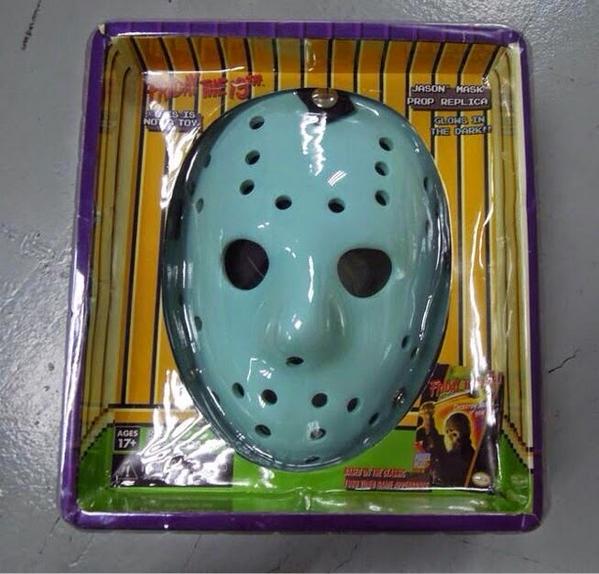 Another upcoming collectible from NECA is this full-size NES Jason Voorhees mask, a natural progression from their original 8-bit Jason toy that kick-started the whole resurgence of interest in Friday the 13th‘s Nintendo game. Unfortunately, the baby blue mask wasn’t able to come out in time for Halloween, though it’s supposed to be available sometime in the remainder of the year. Above is the first look at the packaging, shown off this week. 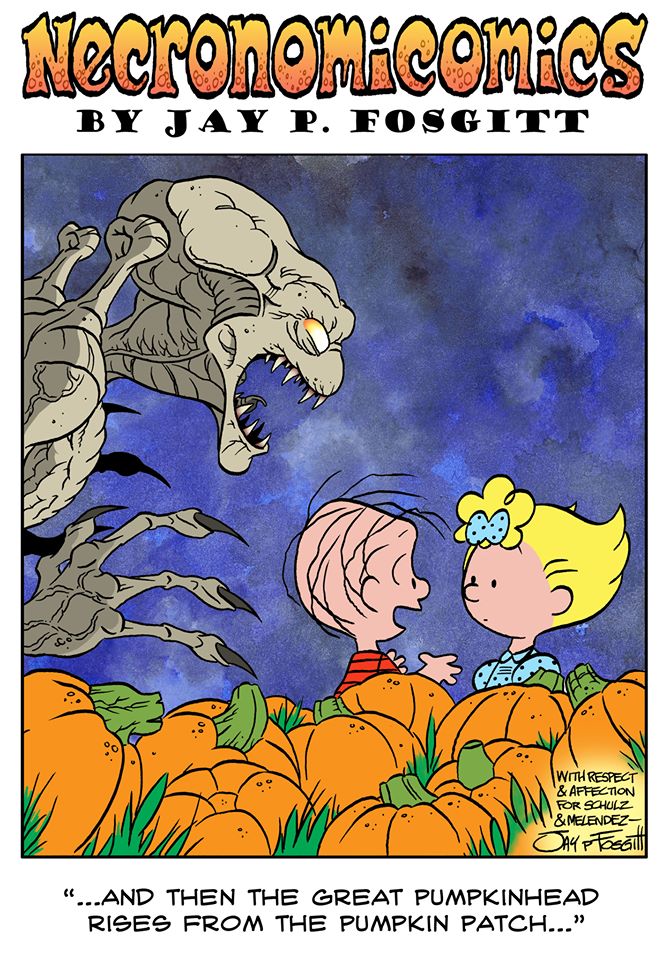 Halloween just isn’t Halloween until you’ve watched ‘It’s The Great Pumpkin, Charlie Brown,’ a holiday tradition for pretty much everyone. Putting a spin on the beloved cartoon, artist Jay P. Fosgitt infused a horror icon into the proceedings for this hilarious comic strip, and something tells me his version of events wouldn’t be quite as family-friendly. Can somebody please turn this into an animated special? Please?

From all of us here on Halloween Love, we wish you and yours a Happy Halloween. And remember: though Halloween is over tomorrow, we celebrate all year long here on HL, and we promise to keep your spirit alive and well through the winter and summer months!

Enjoy. Be safe. And have fun.