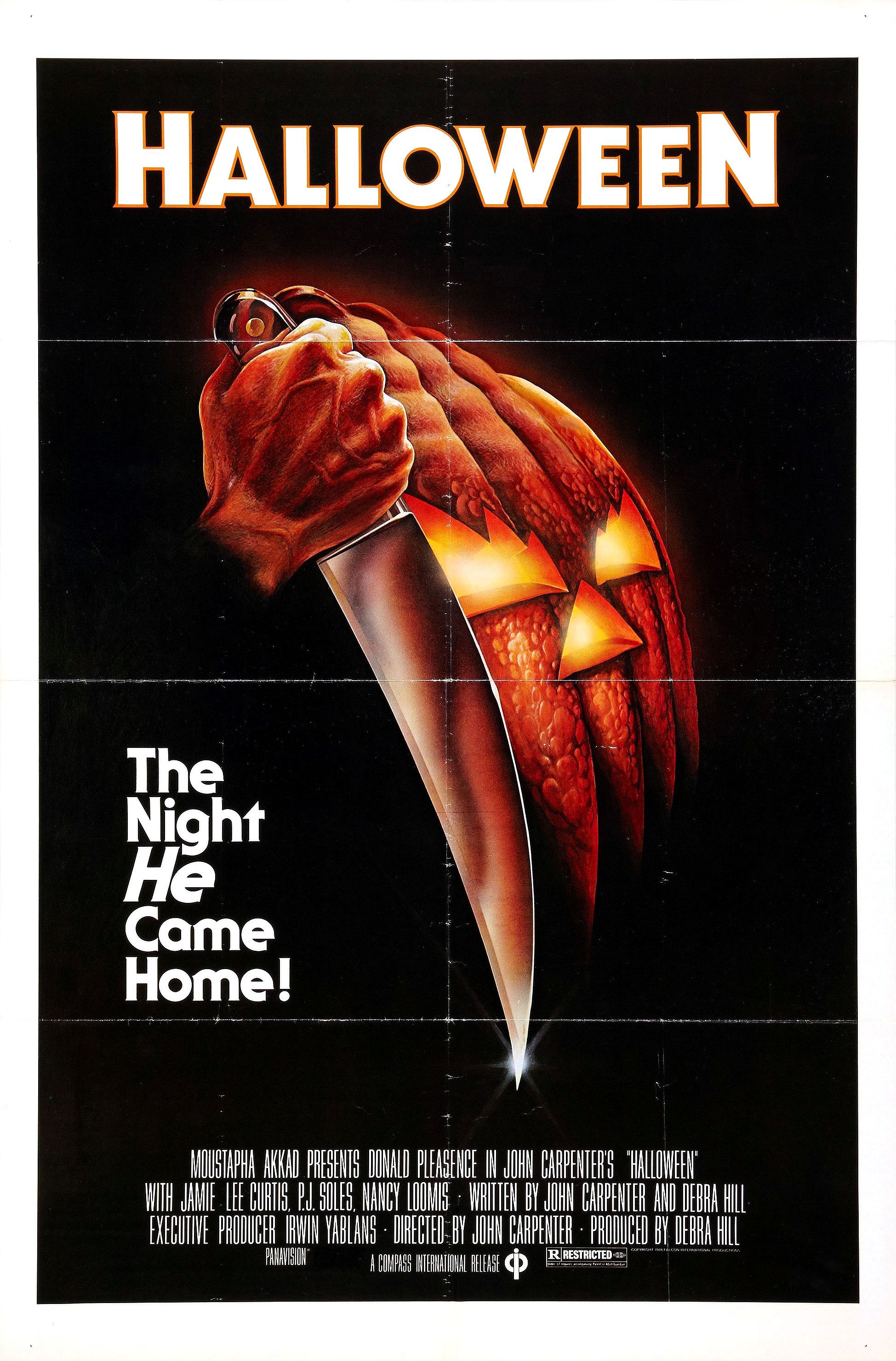 This past Tuesday marked the long-awaited home video release of Anchor Bay/Scream Factory’s Halloween Complete Collection set, for the very first time collecting together every single film in both the original and remake franchises, on Blu-ray.

Packed with bonus features and alternate cuts, including the never-before-released Halloween 6: Producer’s Cut, the collection is one that’s unequivocally a must-own for all fans.

(If you’re not yet sold on that, look no further than nearly every horror site on the net, as glowing reviews have been pouring in all week.)

I haven’t yet gotten around to picking up the set, as many expensive upcoming trips have pretty much ensured that buying things for myself is totally off the table, for at least the remainder of 2014. Don’t get me wrong, it’s well worth the price tag, but it’s just not the wisest purchase at this moment in time.

Though I can’t review the set like everyone else, I still wanted to get in on the Halloween fun this week, and celebrate the franchise that most horror fans have spent it celebrating. And I can’t think of any better way to do that than by lavishing love and praise onto an aspect of the series that all too often goes unloved; the opening credits sequences, of course.

There’s an art to title sequences, and if there’s any horror franchise that understands that it’s Halloween. Well, actually, it’s probably Friday the 13th, which consistently impressed in the opening titles department. But still. Halloween‘s were pretty awesome. So let’s pretend for a moment that Mrs. Voorhees’ severed head never shot 3D laser beams out of its eyeballs.

It all began in 1978, when a jack o’lantern lit up the screen and forever changed the course of horror history… 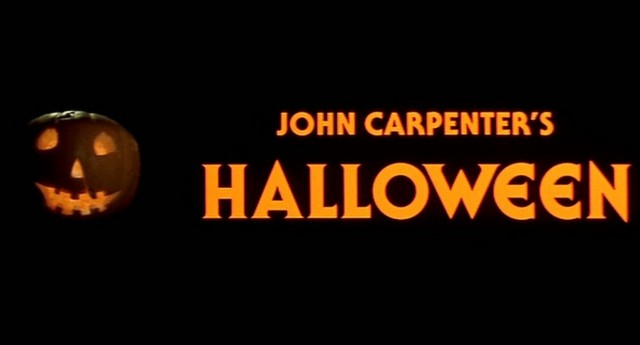 As iconic as any imagery in the actual film, Halloween‘s opening title sequence was simple and utterly effective, comprised of little more than a glowing jack o’lantern and bold orange font, and accompanied by the iconic piano melody that has become synonymous with Michael Myers. As the music gets more intense and the credits pop up on the screen, the camera pushes in closer on the pumpkin, revealing that its nose is cut in the shape of the killer’s weapon of choice.

As Carpenter notes in one of the film’s DVD commentaries, he had originally wanted to open Halloween with the reveal of the Michael Myers mask lying in a gutter, but he ultimately decided that the slow track-in on the glowing pumpkin better set the overall mood for the film. The pumpkin was lit from the inside by DP Dean Cundey, he also notes, using a flickering light.

Of course, the title sequence paves way for one of horror cinema’s most memorable opening scenes, but it was that eerie music and the lit jack o’lantern that served as our very first introduction to the Halloween franchise. And it’s hard to imagine being escorted into Haddonfield any other way. 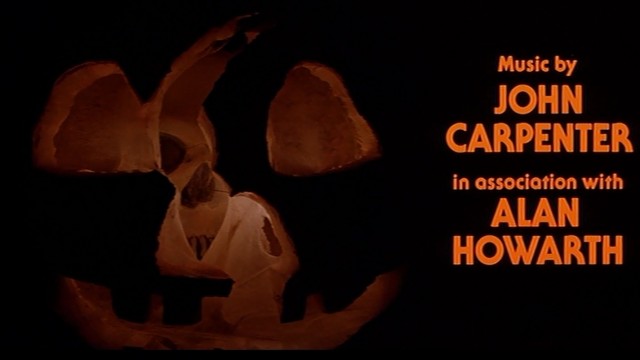 It’s often said that the goal of sequels is to one-up everything from the film that came before it, and at least in regards to the opening title sequence, Halloween 2 most definitely does just that.

After a brief intro that flashes back to the final moments of Halloween, the series’ first sequel begins in much the same fashion Carpenter’s film did, with a glowing jack o’lantern to the left of the screen and the orange-colored opening credits to the right. The idea was to immediately give the film the same visual style as the original, since it was a direct continuation of its events.

Right as John Carpenter’s ‘Music by’ credit popped up on the screen, however, the title sequence visually deviated from the original, just as the overall film in many ways did. The pumpkin, larger and quite a bit different than the ‘knife-nosed’ one, suddenly splits in half, revealing a cobweb-covered human skull on the inside.

The sequence brilliantly established that Halloween 2 was cut from the same cloth as Halloween and yet also its own film, and the imagery of the pumpkin splitting open to reveal a skull is one of the most evocative mood-setters in the history of the genre. Right up there with Mrs. Voorhees’ title-spewing eye sockets, says I. 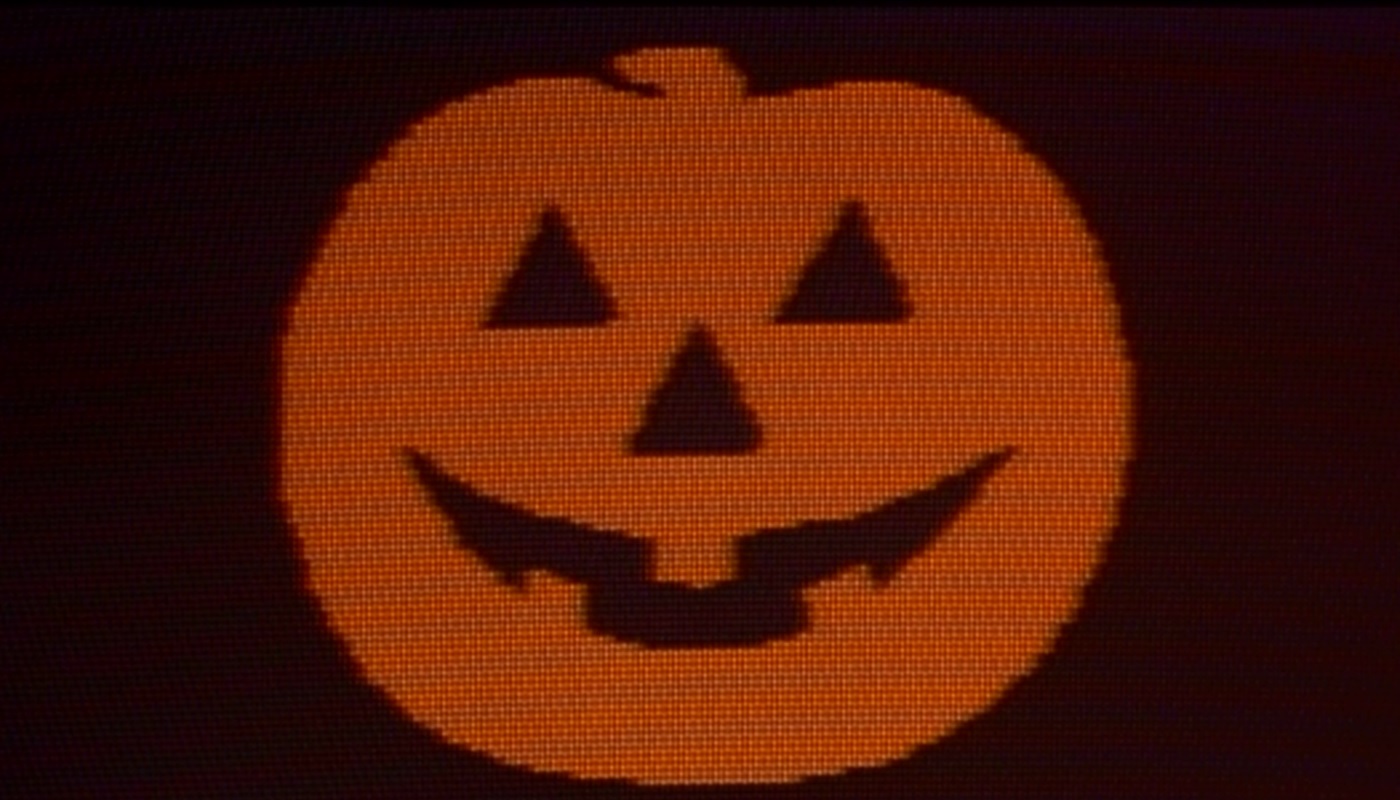 Halloween 3: Season of the Witch is of course an entirely different film than the first two installments, and so it only makes sense that the opening titles would abandon the previously established formula. Indeed they do, though it’s still the imagery of a jack o’lantern that ushers in the start of the film.

John Carpenter’s iconic score nowhere in sight, it was immediately clear right off the bat that Halloween 3 was a different beast, the start of a brand new franchise (at least, that was the plan…) kicking off with orange digital scan lines that soon formed the image of a carved pumpkin – the same happy-looking pumpkin that later flashes on TV screens and turns Halloween masks into death traps.

It was visual FX artist John Wash who developed the oddball sequel’s opening titles, and composer Alan Howarth who created the eerie piece of music that serves as the knife that essentially carves the digital jack o’lantern onto the screen.

“We wanted to get the feeling of watching the process of the design and building of this flashing pumpkin logo by someone as-yet-unknown, but who, eventually, we find out is quite a monstrous villain,” reflected Wash, in an interview with Art of the Title.

The sequence is altogether a wonderful marriage of imagery and music, like the Halloween franchise as a whole. 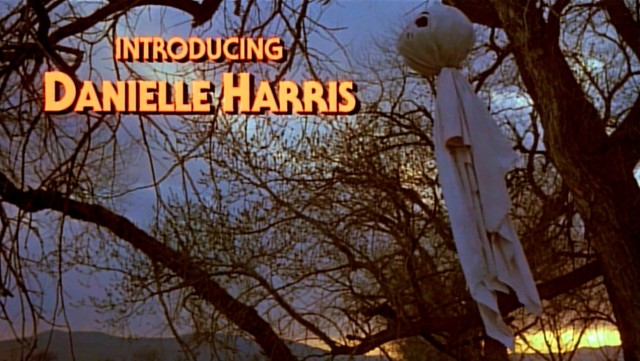 After realizing that fans weren’t happy about the direction the series began to take in the third installment, producer Moustapha Akkad went back to the basics with Halloween 4, bringing Michael Myers back to life and once again setting the film in the fictional town of Haddonfield, Illinois.

Directed by Dwight H. Little, Halloween 4‘s opening moments more than effectively convey the vibe of a small town Halloween and the feel of those glorious autumn months, as leaves blow past the screen and various different decorations and harvest-related items are seen.

In only a minute’s time, without a single word being spoken, it’s clear that we’re once again back in Haddonfield, and the intended atmosphere is very much felt – just as it is throughout the movie. 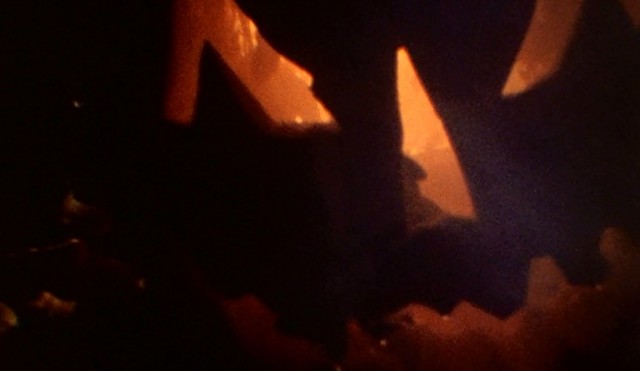 In contrast to the simple opening titles of the previous films, Halloween 5‘s are both stylish and incredibly vicious, with quick slashes and stabs of a large kitchen knife flashing across the screen, as the credits play. In a comical touch, it’s soon revealed that the knife has been cutting up a pumpkin, rather than a human.

The fifth installment of the franchise was directed by Swiss filmmaker Dominique Othenin-Girard, and it was he who came up with the idea for the title sequence. As he describes in the film’s DVD commentary, the idea was to convey how violent the film could be, while at the same time using the reveal of the pumpkin as an intentionally light-hearted touch.

I’ve never been a big fan of Halloween 5 but I love what Othenin-Girard did with the opening titles, which are probably my favorite thing about the entire movie. The sequence nicely tied in with the openers from the first two films, bringing a jack o’lantern back to the forefront and giving the family-friendly act of carving a pumpkin an impactful slasher twist.

Unfortunately, Halloween 5 marked the last time the franchise delivered anything noteworthy in the opening titles department. As the series crossed over into the 90s, the trademark opener was abandoned in favor of credits that simply played across opening scenes, robbing the franchise of one of its coolest aspects. But we’ll always have these five to look back on and enjoy, and that’s good enough for me.

What’s your favorite opening title sequence from the Halloween franchise? Comment below and let us know!