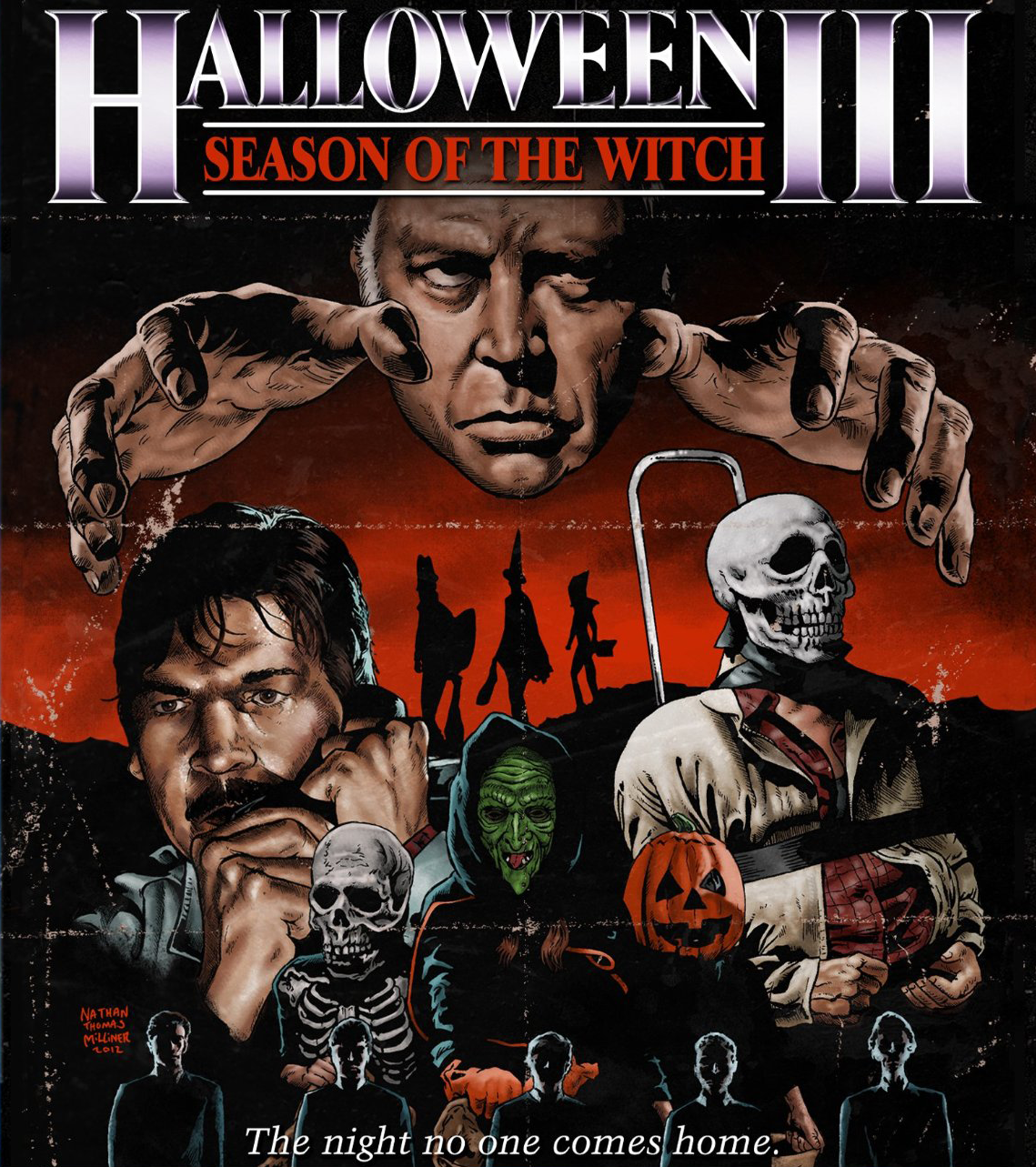 Earlier today, Bloody Disgusting broke the news out of the Cannes Film Festival that the brothers Weinstein are once again interested in making Halloween 3D a reality, which is of course an exciting tidbit of information for all fans of Michael Myers and his stalking & slashing ways.

At the same time though, this certainly isn’t the first time we’ve heard this very same news, as the project has been in development for the better part of five years now. And even if it does actually get off the ground this time, we have no idea what direction they’re planning on taking with the film, so it’s best to keep our collective excitement in check, at least for now.

Nevertheless, I suppose the impending return of a legendary horror icon is in and of itself cause for excitement, and I can’t deny that I still have and probably always will have a desire to see Michael Myers kick ass and take names, even if I haven’t thus far been a big fan of the rebooted franchise. Can’t help but feel the same way about all the big horror icons, as it’s always good to see them back up on the big screen.

That said, there’s a film I’d much rather see than Halloween 3D. And that’s a remake of Halloween 3: Season of the Witch; the criminally underrated third installment in the original franchise, which traded in Michael Myers for an evil Irishman and his deadly Halloween masks. Complain all you want about the big guy not being in it, but H3 is far better than the majority of the sequels he is in, so get over it.

Last week, The Huffington Post published an interview with Bryan Fuller, the creator of NBC’s exceptional Hannibal TV series, and several of the questions asked of him pertained to Fuller’s taste in horror films. When they asked which franchise’s third installment he was more of a fan of, Friday the 13th or Halloween, Fuller sided with the latter – wise choice, sir – revealing a dream project that he’s itching to sink his teeth into.

“If I were to remake a movie, I’d love to remake Halloween 3: Season of the Witch,” he stated, “because even though it’s a very flawed film, at its core it’s a brilliant idea: An evil toymaker is set to kill all the children of the world on Halloween night – and I think that’s absolutely fantastic. So whoever has the rights can give me a call.”

Like Fuller, I too have always felt that the idea of Halloween 3 is a brilliant one, as it’s essentially the absolute perfect Halloween horror story. Though my intense love for the film dictates that I disagree with him about it being flawed, I certainly see where he’s coming from in saying that, and I can’t deny that the under-appreciated 80s gem is ripe for a modern day upgrade. If you’re asking me, Halloween 3 deserved better than being lumped into a franchise that it didn’t belong in, and a remake would kind of be the perfect way to finally give that brilliant concept a chance to shine, entirely on its own.

As a huge fan of both Halloween 3 and Bryan Fuller’s style, the mere suggestion of this idea has glorious visions of snake-infested masks dancing in my head, and I’m not sure I’ll be able to die a happy man until this actually happens. It’s a long shot, for sure, but I see no reason why Fuller shouldn’t be given the freedom to put his own spin on the film. Knock off the Halloween title, call it Season of the Witch, and let Fuller have his way with it. I have no doubt in my mind that pure Halloween horror gold would be the result.

Is my judgement being clouded due to my fondness for what Fuller has done with Hannibal or do you agree that his take on Halloween 3 is something that absolutely needs to happen? And would you rather see the return of Michael Myers or the return of the killer skull, witch and pumpkin masks? Sound off in the comments section below!

By the way, if you haven’t yet picked up Scream Factory’s Blu-ray release of Halloween 3, be sure to do so, as the transfer looks fantastic and it’s loaded with bonus features – including a Tom Atkins commentary. You haven’t lived until you’ve watched Halloween 3 with Tom Atkins, I can promise you that!