It’s time once again to take a look at the coolest horror images I’ve stumbled across on the internet in the past week. You didn’t come here for words but rather for photos, so let’s get right to it! 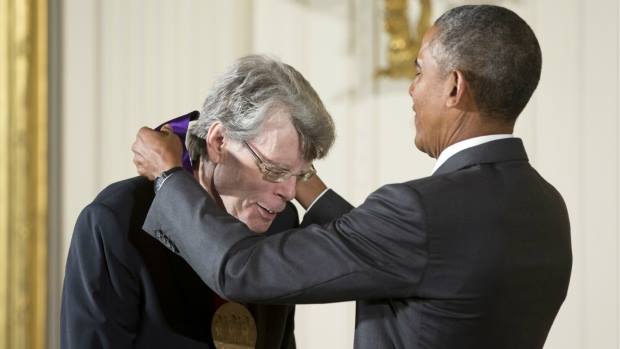 Earlier this week, President Obama awarded 21 individuals and organizations for their enduring contributions to the arts, and Stephen King was one of the recipients. The National Medal of Arts was bestowed upon King at the White House on Thursday. “One of the most popular and prolific writers of our time, Mr. King combines his remarkable storytelling with his sharp analysis of human nature,” Obama read. “For decades, his works of horror, suspense, science fiction, and fantasy have terrified and delighted audiences around the world.”

Fright Rags unloaded a MASSIVE collection of Halloween t-shirts this week, inspired specifically by Halloween 2 and Halloween 3: Season of the Witch. Eleven different designs comprise the line, including a whopping five based on the franchise’s oddball second sequel – one of my personal favorite horror movies of all time. It’s pretty incredible to see how far that movie has come in terms of fan acceptance in recent years, and these new shirts reflect just how popular it has become. Wasn’t long ago that you could only dream of wearing a Halloween 3 shirt! 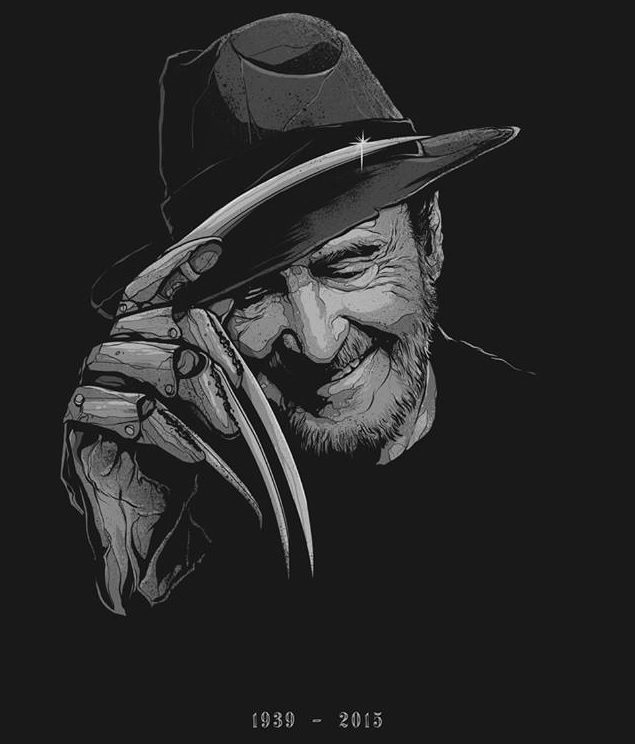 It’s still hard to accept that Wes Craven is no longer with us, but the pain has been eased by the horror community’s continued efforts to pay loving tribute to the man who gave us so much entertainment over the years. Artist Matt Ryan whipped up this incredible piece in tribute to Craven, which was unveiled at the HorrorHound convention this weekend. Raffle tickets were sold at the event for both signed (by Elm Street cast members) and unsigned prints of the art, and all proceeds are being donated to the Cancer Research Institute, in Craven’s name. 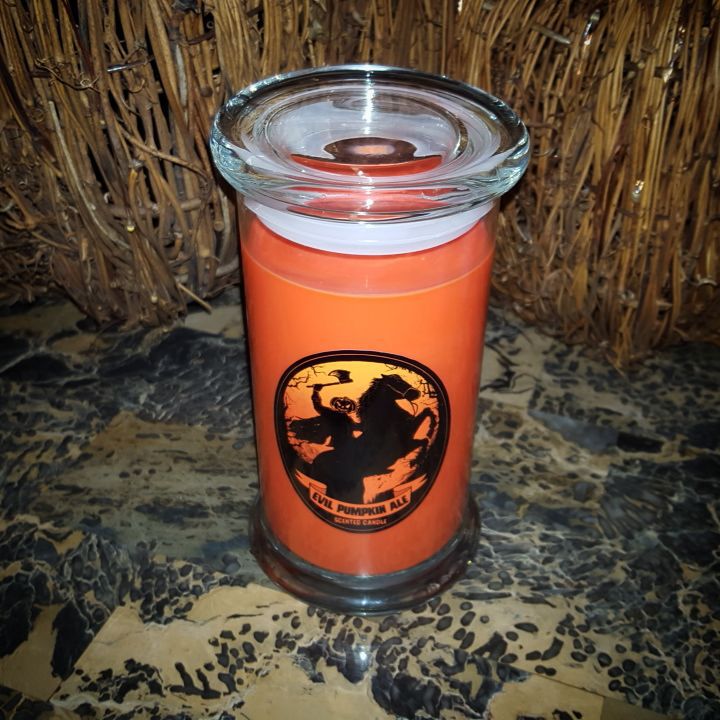 The popularity of pumpkin beer has come a long way in the days since it was considered somewhat of an oddity, and there are very few breweries in the country that don’t whip up their own festive brew in the Halloween months. The most wonderful time of the year is upon us, and the tidal wave of pumpkin beer that comes along with it is one of my favorite aspects of the season. On Monday, Horror Decor unleashes the world’s first (to my knowledge) Killer Pumpkin Ale candle, which will reportedly smell like a glass of ice cold pumpkin beer. 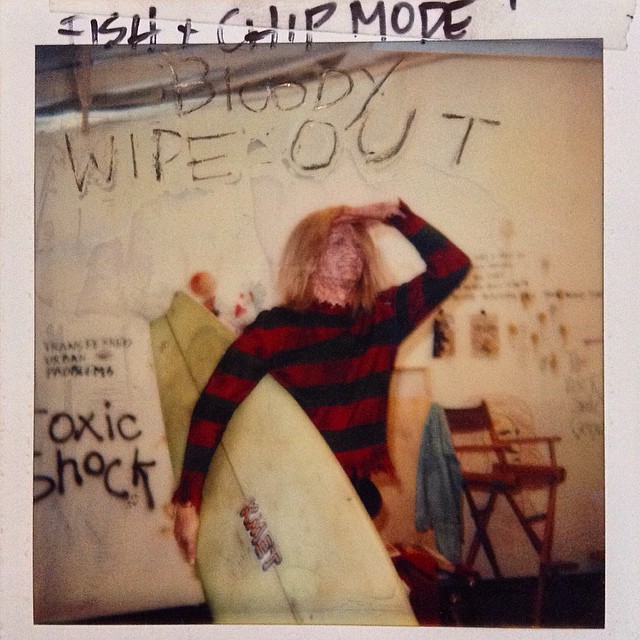 Rodney Eastman, who recently starred in the I Spit On Your Grave remake, is most known for his role as Joey in Nightmare on Elm Street 3: Dream Warriors, and over on Facebook he recently shared this previously unseen Polaroid from the set of the film. Taken in the makeup room back in 1986, that is indeed Robert Englund, in full Freddy Krueger makeup, rocking a blonde surfer wig. Not sure what the story is behind this one, but it’s the sort of photo that puts a huge smile on my face. 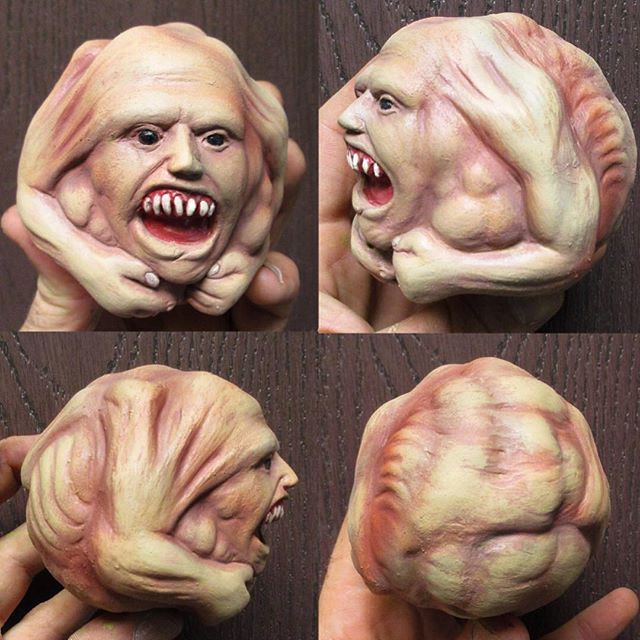 There are few things I love more than 80s toys Madballs, a staple of my childhood that I still cherish to this day. Fans in recent years have had a lot of fun creating Madballs of their very own, and Chris Grondin is the latest to do so with the Belial Ball: a Madballs-style creation based on the 1982 cult classic Basket Case. In scale with the original Madballs, the Belial Ball was hand-sculpted by the artist, and only 10 of the foam balls will be available. Follow Grondin on Instagram for more information. 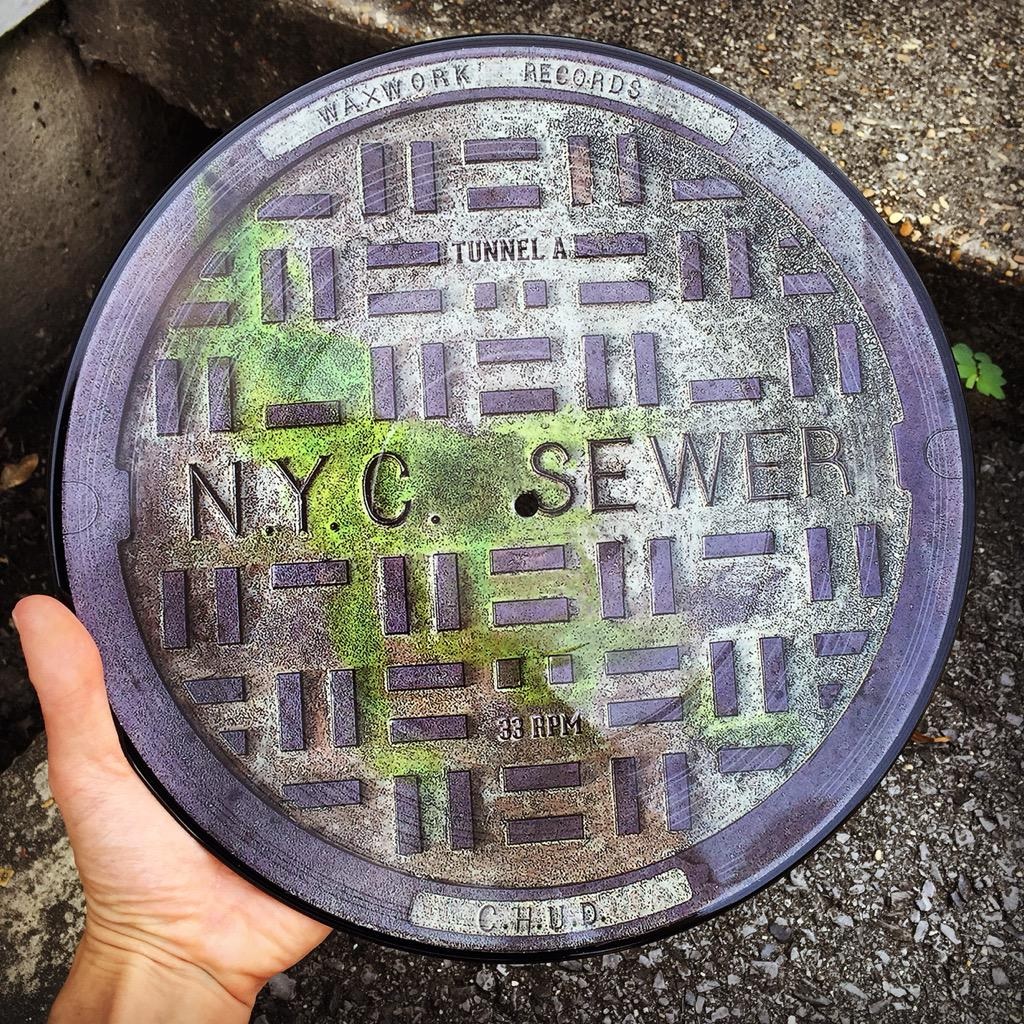 Speaking of 1980s fan favorites, Waxwork Records is releasing the soundtrack to 1984’s C.H.U.D. on October 3rd, and pre-orders for the vinyl record are now available. Two different variants are up for grabs, one dubbed ‘Toxic Waste Puddle’ and the other ‘Flesh with Blood Splatter,’ and this third (and coolest) variant is exclusive to Waxwork subscribers. All three versions include liner notes, an interview with the director, and of course, the film’s re-mastered score. 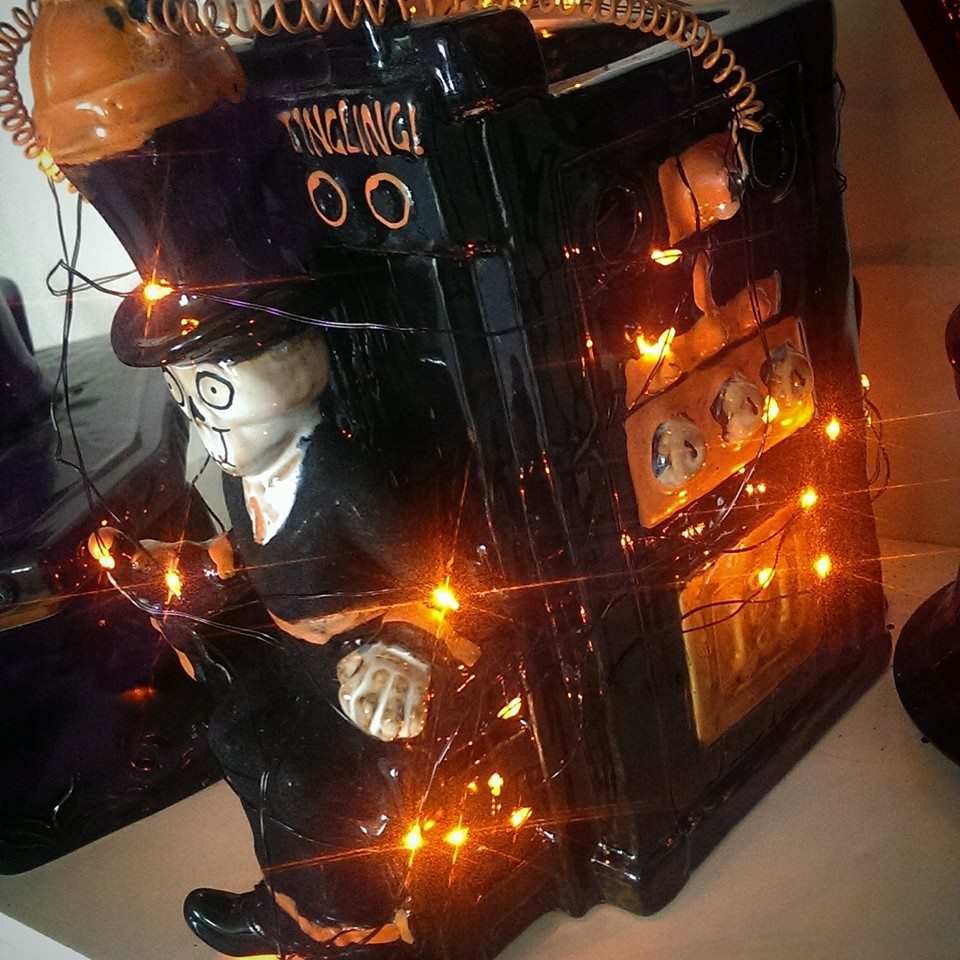 Yankee Candle recently unveiled this year’s Boney Bunch collection, now available in stores and online. Comprised of warmers and candle holders, the annual collection is one I look forward to every year, and 2015’s highlight is unquestionably the “Spine Tingling” wax melts warmer (seen above). Exclusive to the company’s online store, the warmer is made to look like an electric chair, and it lights up when in use. You can grab yours for $39.99, while supplies last.