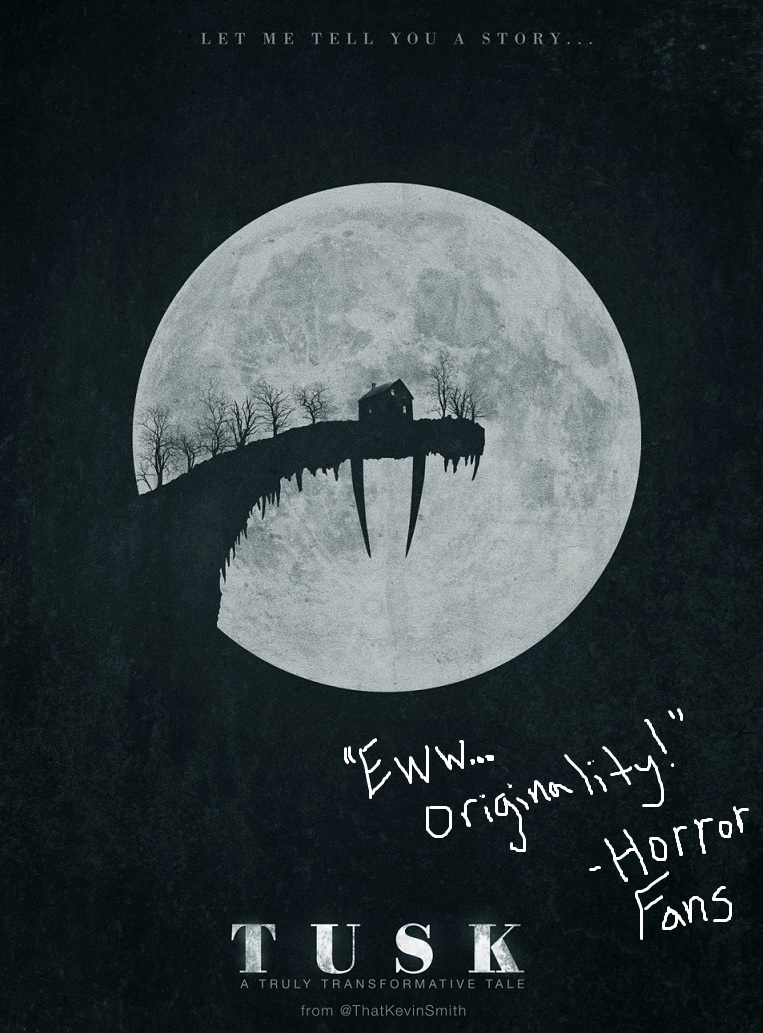 If you ask any given horror fan what they dislike most about the genre, the answer you’re likely going to hear back is in regards to the inherent lack of originality that has in many ways come to define the landscape of modern horror cinema.

Remakes, sequels and rehashed ideas are pretty much the only things that we see up on the big screen in this day and age, and horror fans are pissed off about it. Horror fans, more than anything else, want originality, and they’re not going to be happy until they get it.

At least, that’s what they claim to want. Because on a day like today, I can’t help but feel that horror fans are confused about what it is they really want.

This past weekend saw the theatrical release of Kevin Smith’s Tusk, a boldly original slice of cinema that opened in 602 theaters across the country. A film that shattered horror movie conventions and blazed its own whacky path of mayhem, Tusk pulled in an estimated $846,000 over the weekend, essentially making it a bomb of epic proportions.

In addition to the poor box office results, Tusk was also poorly received by the few who paid to see it, as both critics and fans alike trashed Kevin Smith and found little merit in his latest directorial outing. That Tusk was the most brazenly original horror film of the year mattered little to the horror fans who took to social media to crucify it… and therein lies the problem.

As I mentioned in my review here on HL, Tusk was essentially Kevin Smith’s ‘fuck you’ to Hollywood and the studio system, as the lifeless corporate machine had sucked the fun and independent spirit out of his soul, in recent years. His crazy ‘man-turns-man-into-walrus’ flick was a direct response to that, and goddamn was it refreshing to see an established filmmaker throw the rule book out the window and just have fun.

Unlike 99.9% percent of theatrically released horror films in the past several years, Tusk was an original vision that could’ve only been made by one person on this planet, to the point that it’s a minor miracle that the film was even unleashed upon mass audiences. I felt the same way about Rob Zombie’s Lords of Salem last year, which was very much cut from that same cloth of independent originality. 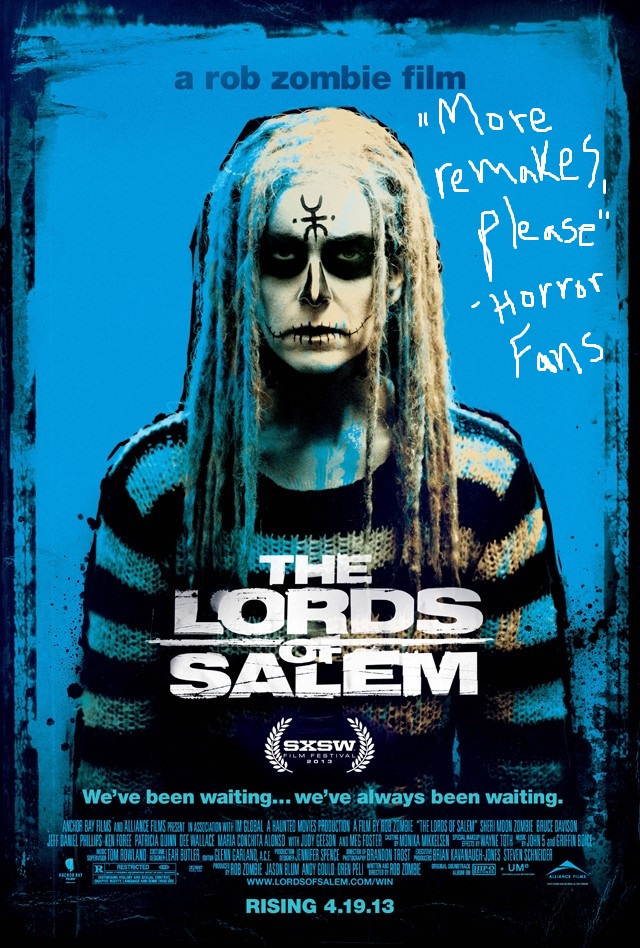 Like Tusk, Lords of Salem before it performed poorly at the box office and was lambasted by critics and horror fans alike. Rather than celebrating the originality that they’re always begging for, fans angrily trashed Sheri Moon’s performance and criticized Zombie for taking the chances he took, overlooking the fact that they had finally been handed the original slice of horror they had been craving.

And then you have those who just plain didn’t bother to see Lords of Salem. Just over $600,000 was made opening weekend, in 354 theaters, which says to me that many horror fans didn’t even buy a ticket to 2013’s most original theatrically released horror film – nor did they buy one for 2014’s, this past weekend.

Why is there such a lack of originality in the horror genre? Well, for starters, it’s because those who pay to see horror movies are a whole hell of a lot more likely to support unoriginal horror than they are original horror. And yes, that includes us diehard fans, who constantly take our chances to support, applaud and celebrate original horror and instead ignore, criticize and hate on it.

We’re not all guilty of this, mind you, but the community backlash toward films like Lords of Salem and Tusk, coupled with their box office failures, says to me that horror fans don’t quite want what they think they want. And that same message is sent to the studios, who respond with unoriginal dreck that’s almost guaranteed to pull in a ton of money – because we will all support it, no matter how much we claim to be sick of it.

Now it may come off like I’m suggesting that anyone who didn’t like the aforementioned films is a bad horror fan, or in some way has misguided opinions. This is not at all what I’m suggesting. Both Lords of Salem and Tusk are highly unusual to the point that I totally get why anyone wouldn’t care for them. They’re admittedly hard to digest, especially when we’re so used to movies that follow a certain set of rules.

The issue here is not that most didn’t like those movies, it’s that most failed to celebrate the one quality they share; their genre-defying originality.

Whether you liked Tusk or not, you, as a horror fan, should’ve taken to social media and your blog this past weekend not to criticize it and hate on the celebrity whose cameo dragged down the latter half, but rather to celebrate what Kevin Smith did and encourage others to get out there, buy a ticket and do the same.

You don’t have to like it, but to not applaud originality and creativity goes against everything we claim to stand for, here in the horror community. And if we continue to blow these chances to support original horror and show the studios that we want it, then all of our message board rants about the genre’s unoriginality mean absolutely nothing.

From where I stand, we’re sending mixed signals, claiming we want one thing and then continually proving that we actually want something else. If I was in charge of a major studio, the last thing I’d do in the wake of fan reaction to recent original horror films is give other filmmakers money to make original horror movies. I’d much sooner use that money to fund the next remake, and that’s precisely the logic that’s surely being exercised right at this very moment in time.

When remakes and unoriginal movies come out, horror fans bitch and moan. When truly original shit comes out, fans trash it and fail to support it. So take a good hard look in the mirror and ask yourself; what do you really want?

Furthermore, when you’re sitting in your local theater watching films like Annabelle, Jessabelle and Ouija later this year, try and remember that Tusk represented the antidote – an antidote that we all carelessly flushed down the proverbial toilet, as we always seem to do.