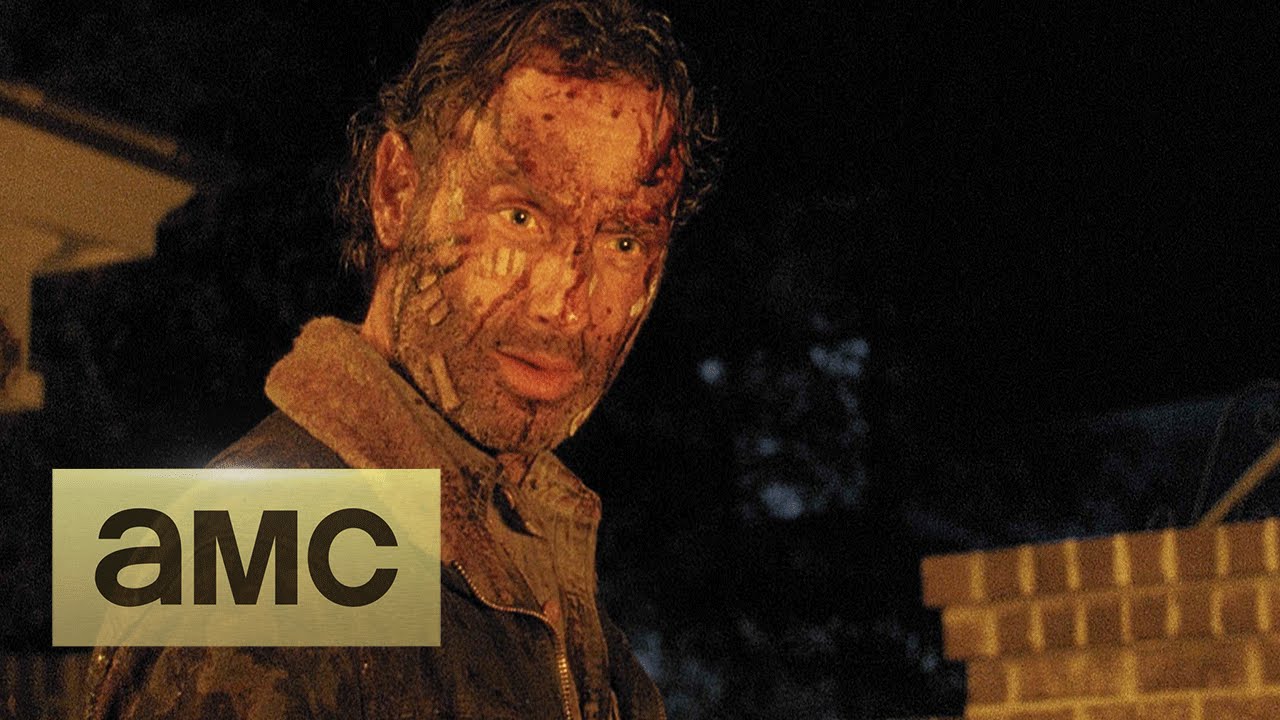 I’ve always made it a point to watch new episodes of The Walking Dead as they air, mostly for the purposes of avoiding the social media spoilers that are quite frankly unavoidable. But AMC made that incredibly hard in the fifth season’s second half, as episodes ran concurrent with everything from The Academy Awards to Saturday Night Live’s 40th anniversary special.

This past Sunday night’s season finale was no different, as it faced stiff competition in the form of WWE’s biggest event of the year, WrestleMania 31. As a lifelong wrestling fan, WrestleMania always takes precedence over pretty much everything short of a serious medical emergency, and it wasn’t until last night that I was finally able to sit down and enjoy the 90-minute finale.

I stress this point only as a way of explaining why I’m writing up my thoughts on Wednesday, so now that you understand why I’m so fashionably late to this particular party, I feel we may proceed.

There’s this tendency for Walking Dead fans to be disappointed in any finale that doesn’t end with a major character death, be it a mid-season finale or a full on season finale. Like Season 4, the show’s all around stellar fifth season wrapped up without any major characters biting the proverbial bullet or becoming undead walkers, and many have expressed their unhappiness with that fact.

It’s a shame, really, because Sunday night’s finale was everything a season finale should be, and it’s quite frankly impressive that the writers didn’t have to rely on the crutch of a shocking character death. Without anything major really happening, the episode paid off almost every storyline that had been built up in the previous several episodes, and it also set up a whole lot of exciting stuff for the future.

The major payoff of the finale was that Rick was finally able to convince the residents of Alexandria that he knows what the hell he is talking about, which seemed impossible after his mad ravings in the previous episode. Unfortunately it took the murder of Deanna’s husband for her to see how wrongly she had judged Rick, but at this point she is totally on board with his take-no-prisoners attitude.

The storyline with abusive husband Pete was also neatly wrapped up in a satisfying way, as he was the one who killed Deanna’s husband – leading her to give Rick the go-ahead to blow his brains out. And even before Pete was put out of his misery, Carol got to derive a moment of joy out of threatening his life, finally completing her arc as an empowered woman who has confronted all of her demons.

There was also some closure to the feud between Glenn and Nicholas, which took the two into the woods for a violent fight. After Nicholas failed to kill him, Glenn got the upper hand and pointed a gun directly at Nicholas’ head, though he decided to spare him. I can only hope that Nicholas gets what’s coming to him at the hands of new President of Badass Rick Grimes, who will surely settle the matter.

Even Father Gabriel’s story was given some attention, after being somewhat ignored throughout the majority of Season 5’s second half. After killing a zombie, a foolish Gabriel knowingly let walkers into the compound and then pissed Sasha off to the point that she almost killed him. Maggie made the save, and though I have no idea where they’re going with that storyline, at least they’re going somewhere with it – please kill Gabriel, Rick.

And then there’s Morgan, whose reunion with Rick has been teased for quite some time now. The episode opened with Morgan proving that he is now a super calm, ass-kicking machine, and after saving the lives of Daryl and Aaron, he and Rick finally came face to face. Pure chills in that moment, as Morgan walked into Alexandria right at the moment a bloody Rick was putting Pete down for the count.

The other big payoff this past Sunday night was the reveal of the villainous Wolves, who have been carving W’s into the heads of various walkers. The group has been hinted at throughout the season and though we still don’t yet know all that much about them, we learned that they essentially weaponize the monsters, luring survivors in with traps and then using the zombies to dispatch them.

As mentioned, the finale wasn’t just about payoff but also set up, with the reveal of the Wolves being a particular tease of what’s to come. At the end of the episode we saw that they’re soon going to be coming for Alexandria, and I’m sure they’ll be bringing their undead friends along with them. Should be one hell of a battle, especially considering how gung-ho Rick is right now to protect and serve.

Another aspect of Season 6 that is sure to be very interesting is the relationship between Rick and Morgan, who are right now complete opposites of one another. Whereas Rick has gone full badass, Morgan is more of a reserved badass, and I can’t help but wonder if they’ll clash or come together. We’ve all been waiting to see Rick and Morgan join forces, and Season 6 promises to deliver precisely that.

All in all, Season 5’s second half was home to some of the finest hours in The Walking Dead‘s history, and as I’ve pointed out in the past few weeks, I feel that Alexandria is one of the best things to ever happen to the show. Things have gotten infinitely more interesting since Rick and the gang arrived at Alexandria’s gate, and the season was overall a huge breath of fresh air.

Season finales don’t need to be shocking, action-packed or full of character deaths to be exceptional episodes, and ‘Conquer’ serves as proof of that. It was a fitting end-cap to what was a fantastic season of one of TV’s most consistently gripping programs, satisfyingly wrapping up storylines while at the very same time building up an interesting foundation for the near future.

I don’t know about you, but I call that a season finale done right.