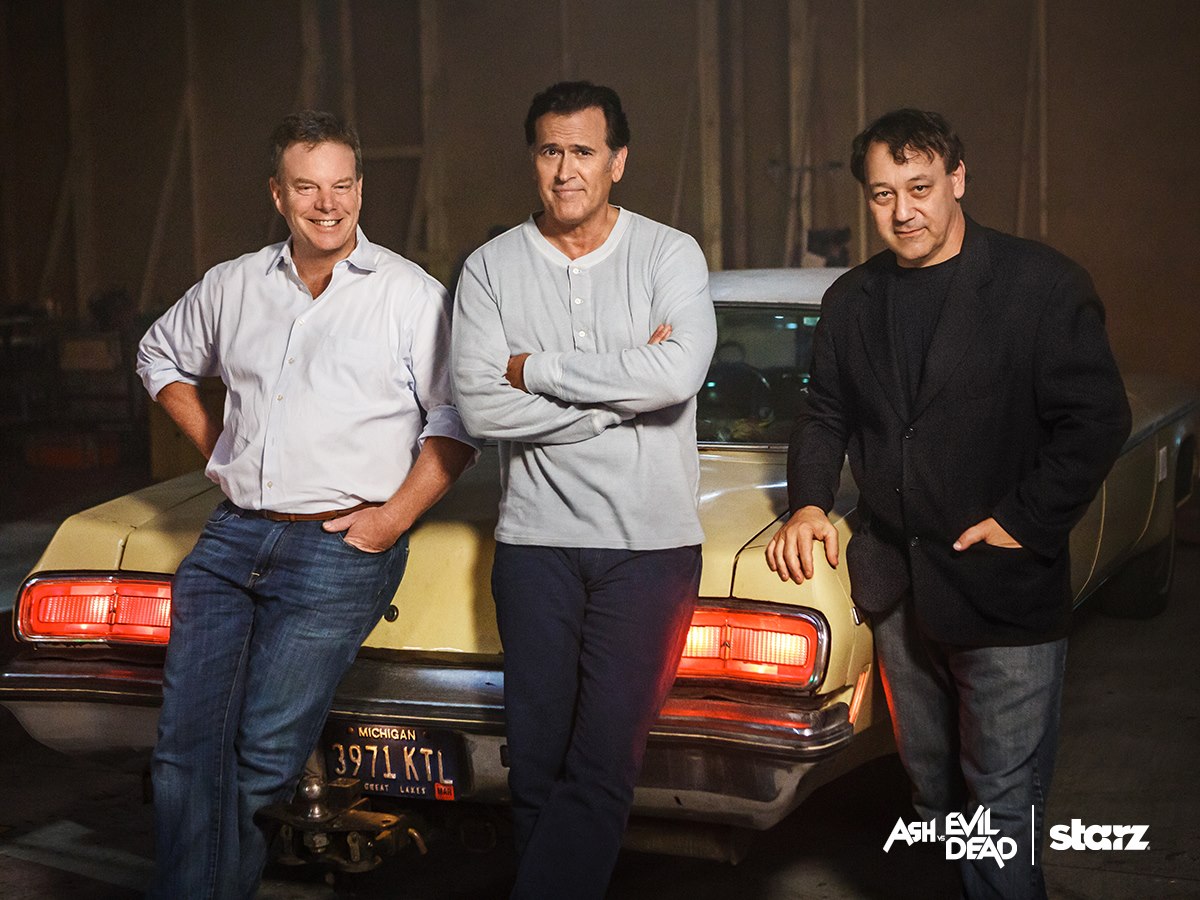 Production officially began this week on Starz’ upcoming series Ash vs. Evil Dead, which is set to debut on the network this coming October. In the series, Bruce Campbell finally reprises the role of Deadite-slayer Ash Williams, who will team up with a handful of new friends in an effort to rid the world of some more demons. This behind the scenes image from the series should bring a big ole smile to your face, showing the reunion of Rob Tapert, a slimmed down Campbell and Sam Raimi – oh yea, and the iconic Oldsmobile too! 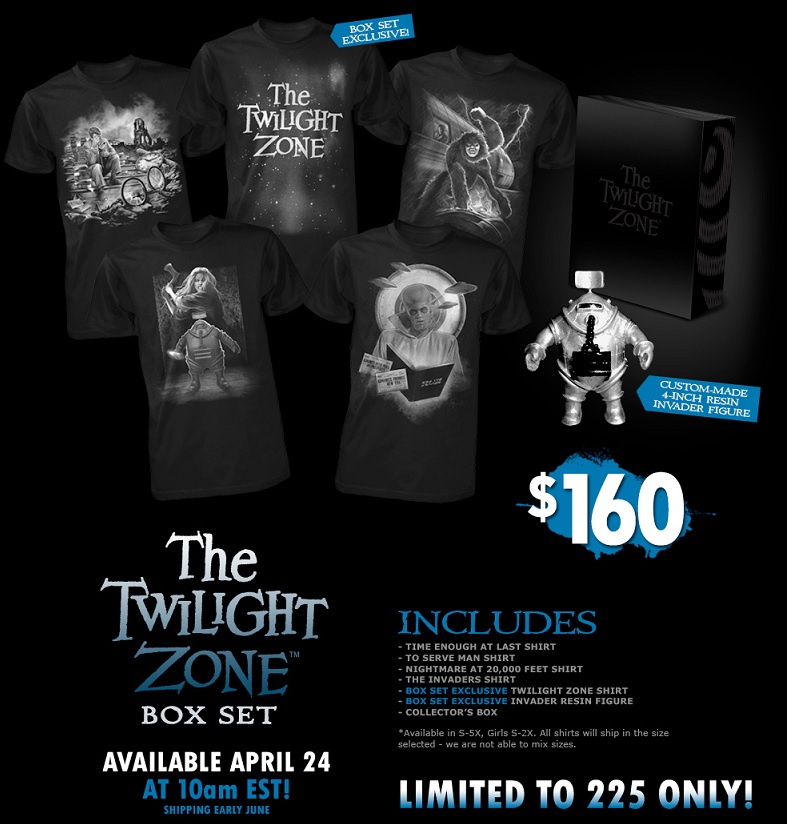 Fright Rags unveiled their massive Twilight Zone tribute collection today, which features four designs based on four iconic episodes – one of which is available on both black and navy tees. And then there’s the Limited Edition Box Set (seen above), packed with all four shirts, an additional logo tee and a 4″ Invader resin figure. It all comes housed in a collector’s box, and the set is limited to 225. 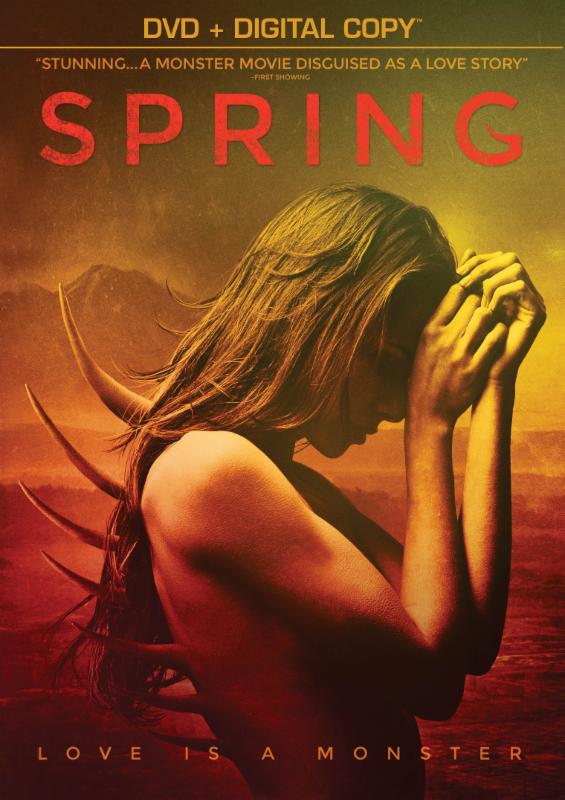 At the time of writing this, my favorite film of the year is Justin Benson and Aaron Moorehead’s Spring (read my review), which is part monster movie and part love story. It was just announced that the film will be hitting DVD and Blu-ray on June 2nd, with the latter only available at Best Buy stores – the widespread Blu-ray release isn’t until August 11th. Bonus content includes a commentary track and feature length documentary, as well as an alternate ending and deleted scenes.

Social media gives us unprecedented access to the lives of the people we’re fans of, and though that’s not always a good thing for them, it’s often a highly amusing thing for us. Bill Moseley shared this photo to his various accounts last night, documenting a dinner outing he just had with fellow horror icons Sid ‘Captain Spaulding’ Haig, Doug ‘Pinhead’ Bradley and Kane ‘Jason Voorhees’ Hodder. “Feeling fiesty at the bar at the Novi (MI) Sheraton on the eve of this weekend’s Motor City Nightmares horror convention,” he wrote. Oh to be a fly on that wall! 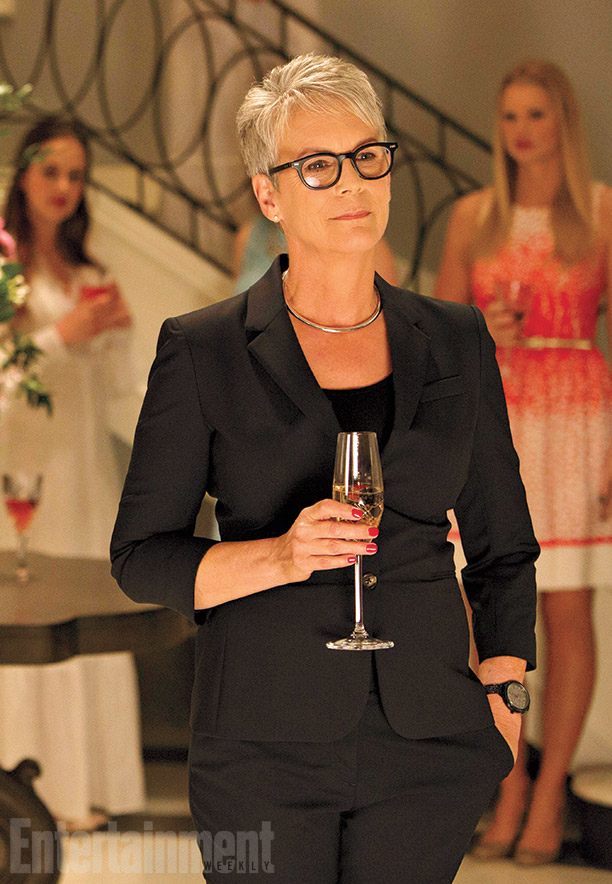 We’ve got a whole lot of horror TV shows headed our way, including American Horror Story creator Ryan Murphy’s Scream Queens. Hitting Fox in the fall, the show draws inspiration from 80s slasher films, set in a school wherein a masked murderer is slicing and dicing his way through the students. Jamie Lee Curtis stars as the dean of the school, and this first image from the show surfaced earlier in the week. Murphy says that each season will leave a ‘Final Girl’ at the end, who will advance to the subsequent season. Count me in. 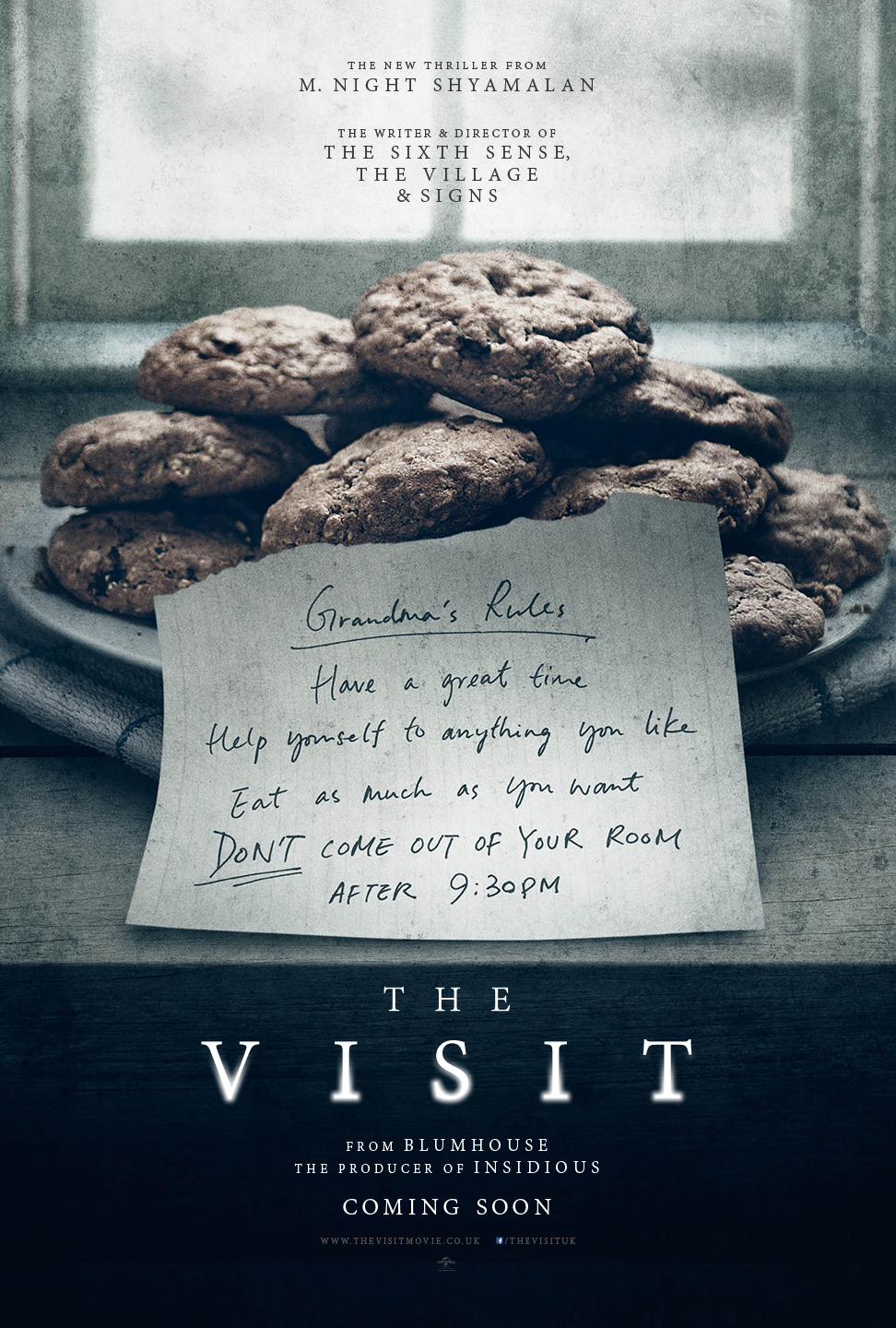 M. Night Shyamalan returns to his horror roots on September 11th with The Visit, which sees a mother sending her kids off to grandma’s house – wherein they discover that grandma and grandpa are up to some seriously disturbing shit. In addition to a couple of effective posters, the trailer for the film hit the net this week, and it looks to be in the same vein as recent gem The Taking of Deborah Logan. Could this be the film that revives Shyamalan’s career and puts him on our good side once more? Here’s to hoping. 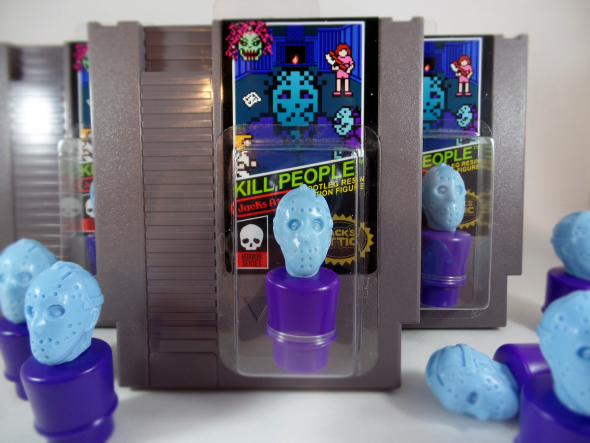 Handmade toy company Jack’s Attic tomorrow releases this NES-inspired 8-bit variant of their Jason Voorhees ‘Kill People’ toy, based on the classic Little People line from Fisher Price. This colorway is limited to only 20 pieces, with a gold variant that is limited to just one piece. Coolest of all, the purple/blue version is affixed to an actual NES cartridge, with custom graphics. Head over to Jack’s Attic to learn more and order yours. 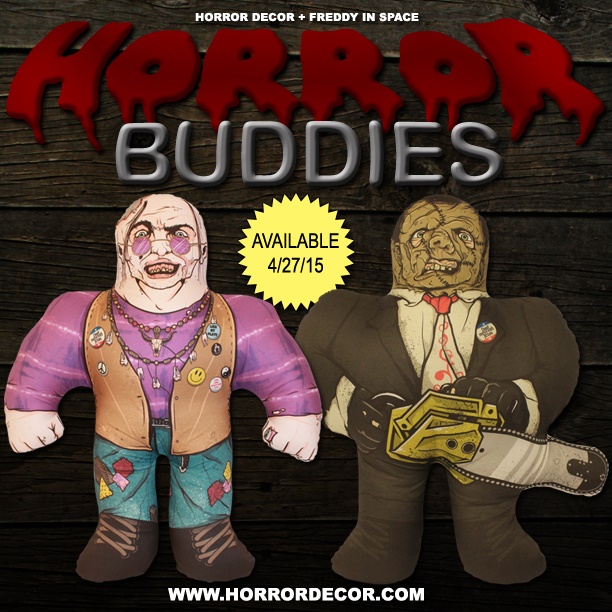 And last but certainly not least, myself and Horror Decor teamed up to create these two Texas Chainsaw Massacre 2 versions of our Horror Buddies, which will be on sale starting this Monday. Inspired by the old WWF Wrestling Buddies, Leatherface and Chop Top will be available in standard and mini sizes, and this teaser image is exclusively being shown off here on Halloween Love. They join our previously released Freddy and Jason Buddies.