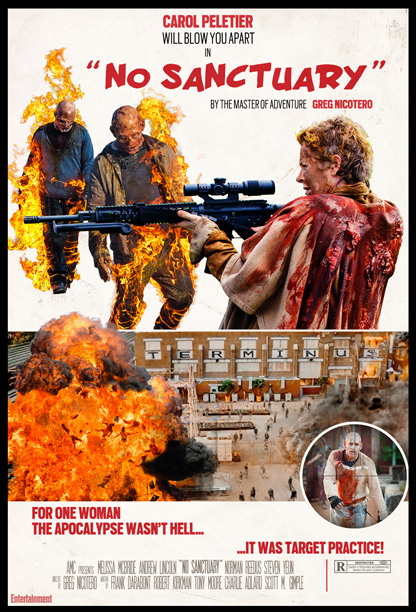 Entertainment Weekly came up with a pretty fun way of celebrating this past Sunday night’s mid-season finale of The Walking Dead, whipping up faux movie posters for each and every episode from the season’s first half. The posters totally nailed the vibe of each episode, such as this one for Season 5’s premiere, done up in the style of an exploitation flick. I’d totally watch an entire movie of Carol being a complete badass. Just saying. 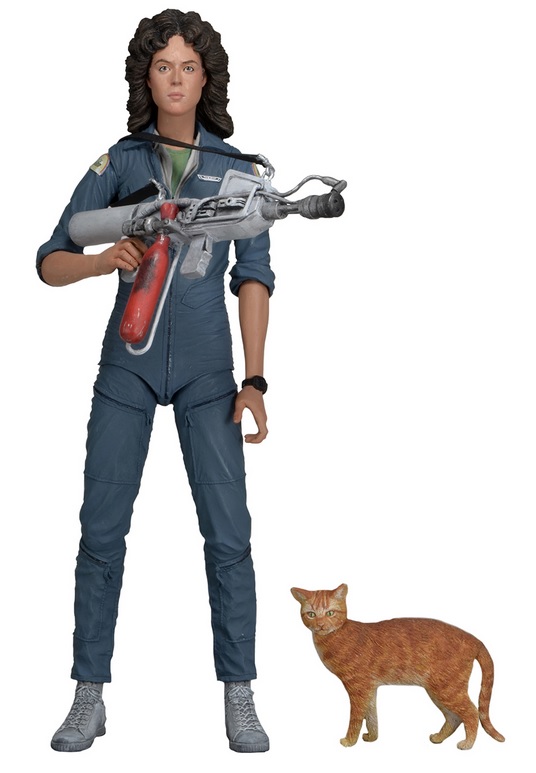 NECA’s next series of Alien toys is noteworthy for including two action figures of Ellen Ripley, which will be the first toys of the character to ever feature the likeness of Sigourney Weaver. As you’ve probably noticed, past Ripley figures look nothing like the actress, as she had previously never given the approval to use her likeness. Available in March of next year, Series 4 includes Ripley in spacesuit and jumpsuit, as well as Dallas in spacesuit. 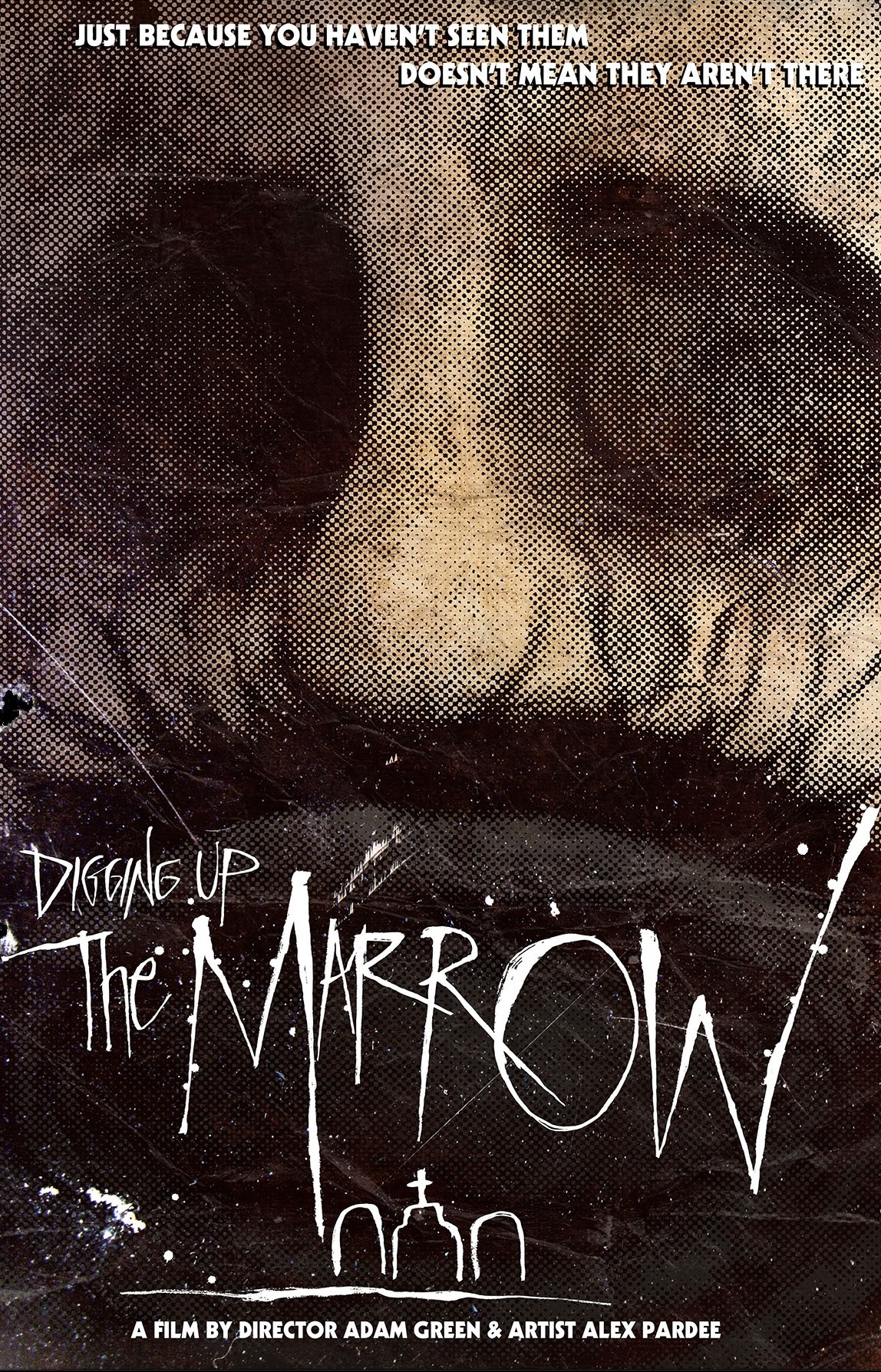 This week saw the unveiling of the latest poster for Digging Up the Marrow, which is one film I absolutely cannot wait to see. A fusion of two of my favorite things, filmmaker Adam Green and artist Alex Pardee, the faux documentary was based on Pardee’s artwork and directed by/stars Green, centering on Green receiving a package from a man who claims that he can prove the existence of monsters. It will soon hit theaters and VOD outlets, though no date has been announced. You can snag this poster over in Green’s shop. 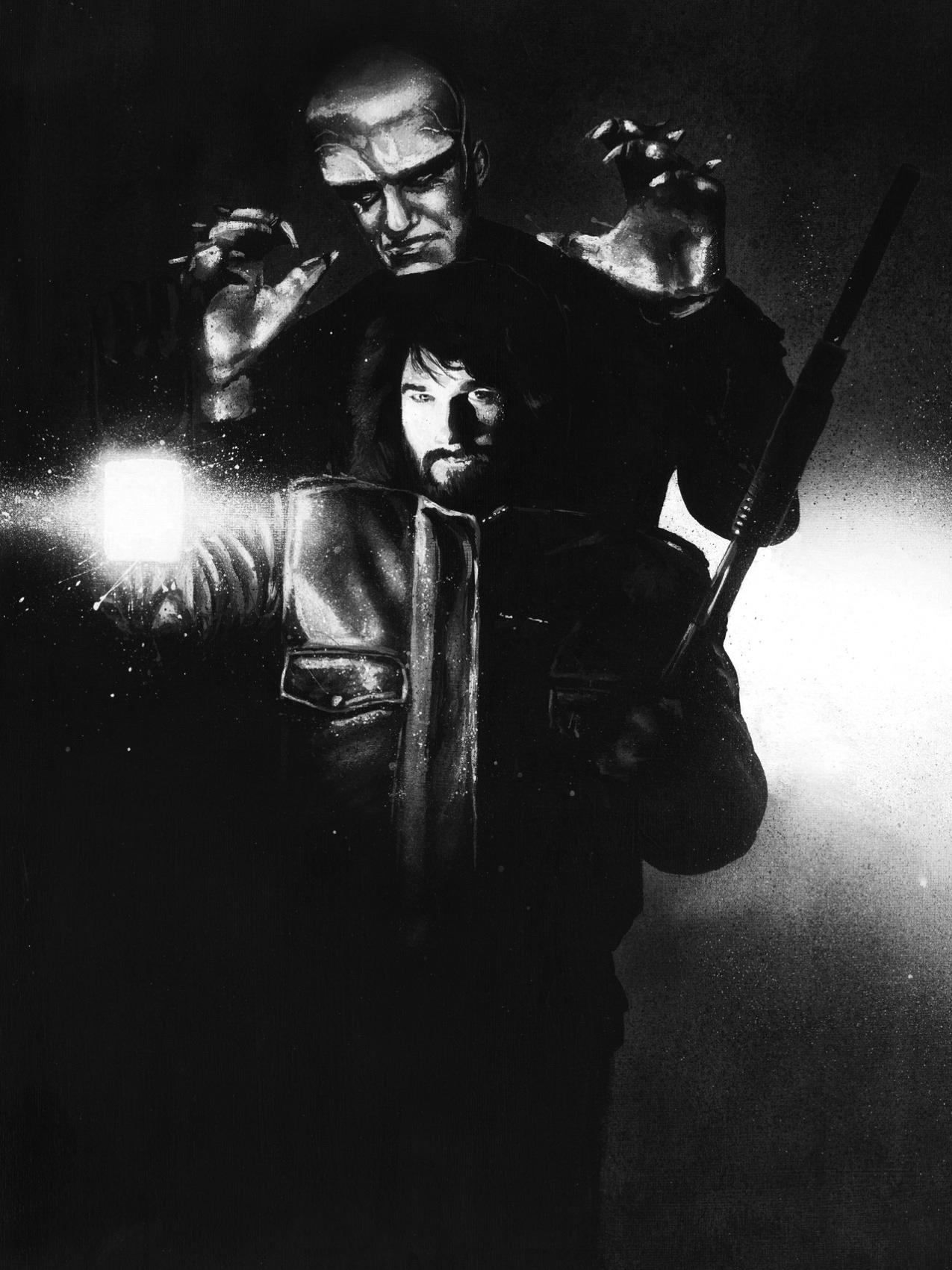 I always get a kick out of art that mashes horror films together with their remakes, and this particular painting from artist ‘Epic Tone Dogg’ is one I wish to hang in my office. That’s of course the monster from A Thing from Another World lurking behind MacReady from John Carpenter’s The Thing, which was a loose remake of the 1951 film. The Thing from Another World is still fantastic to this day, so do yourself a favor and check that out if you haven’t yet. 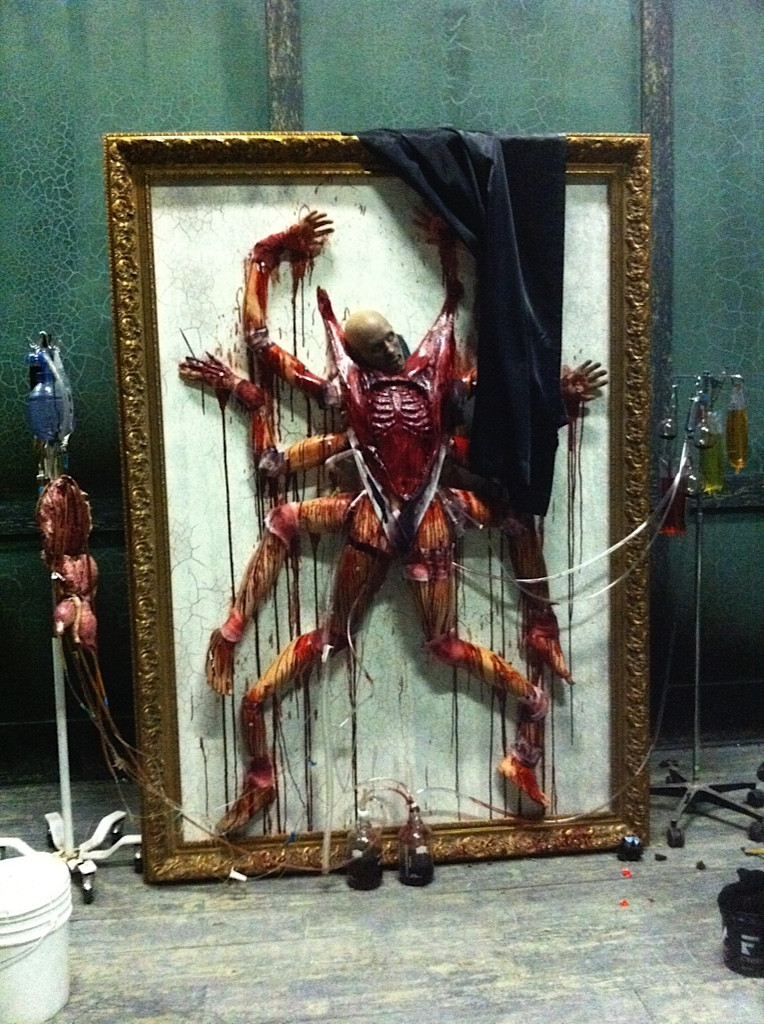 An insanely gory image gallery was uploaded to Imgur this week, showing all of the incredible props that were created for 2012 horror flick The Collection. Unfortunately, much of this stuff was barely seen on camera in the film, which is a damn shame considering all the hard work that went into it. Nevertheless, The Collection is totally badass and insanely fun, and I’m also a big fan of its predecessor. Let’s make it a trilogy, shall we? 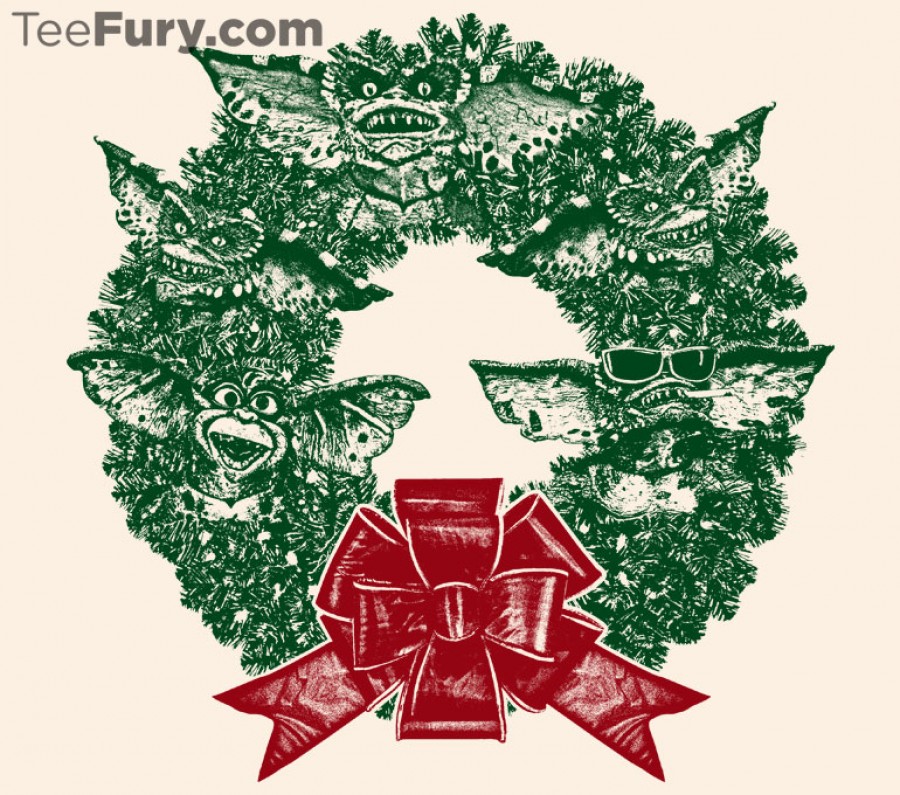 My buddy Chris Garofalo (Quiltface Studios) whipped up this 30th anniversary Gremlins art, which is currently being offered on t-shirts by Tee Fury. Titled ‘It’s Beginning to Look a Lot Like Gremlins,’ the design is available on cream-colored shirts for both men and women, all of which are selling for a mere $15. So if you’re looking for something to wear to all those nauseating holiday parties this month, head over there and snatch one up! 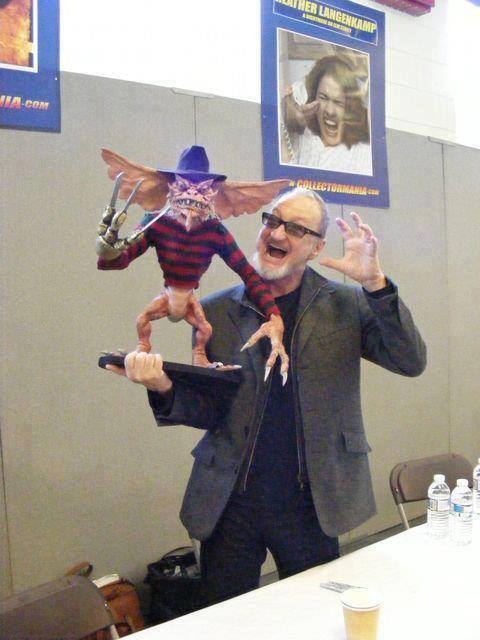 Speaking of Gremlins, I stumbled upon this image of Robert Englund from a recent horror convention, posing with a fan-made Freddy Krueger Gremlin. No idea who made the prop or who took the picture, though I’m thankful for both because everything about this is pretty epic. Hey NECA. You’ve got the Elm Street and Gremlins licenses. Just saying. 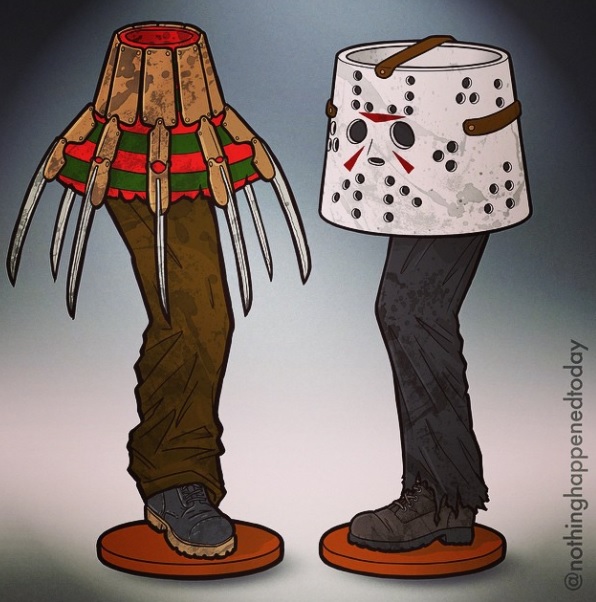 I recently signed up for Instagram (follow me!) and one of the pages I’ve really enjoyed getting updates from is artist Ed Harrington’s, titled Nothing Happened Today. The account is home to some seriously clever art, including these Christmas Story-inspired leg lamps. Now that’s my kind of Christmas decor.

Have a great weekend, friends!