Earlier this year we kicked off a fun feature here on Halloween Love devoted entirely to the various promotional items studios and distribution companies have whipped up for their films over the years. Volume One featured everything from an Amityville Horror snow globe to a Leprechaun bendy toy, and in Volume Two we covered oddities such as a Street Trash coffee mug and a Re-Animator paperweight.

Click the links to read those past installments, and head down below for Volume Three! 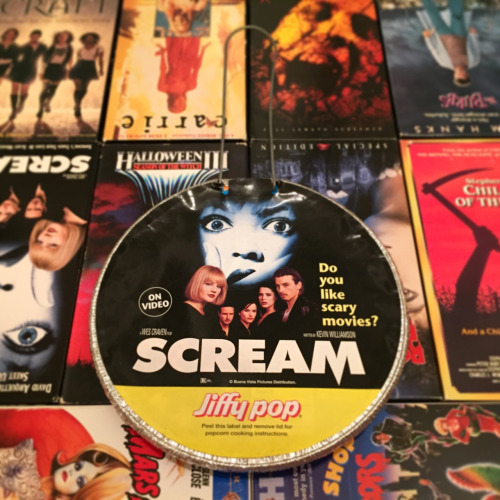 Opening sequences don’t get much more memorable than Drew Barrymore’s iconic evisceration in Scream, which began with Ghostface tormenting her over the phone. During the scene, Barrymore’s character (Casey Becker) is making popcorn on the stove prior to being gutted like a fish, and the Jiffy Pop cameo ensured that the brand would become a staple of Scream viewings for decades to come.

In a smart move, Dimension Films partnered with Jiffy Pop when it came time to release Wes Craven’s meta masterpiece on home video, and the result of that collaboration was a promotional popping pan featuring the movie’s poster art. These have become incredibly hard to track down, likely due to the fact that most who got their hands on them back in the ’90s ended up eating the contents and discarding the poppers. 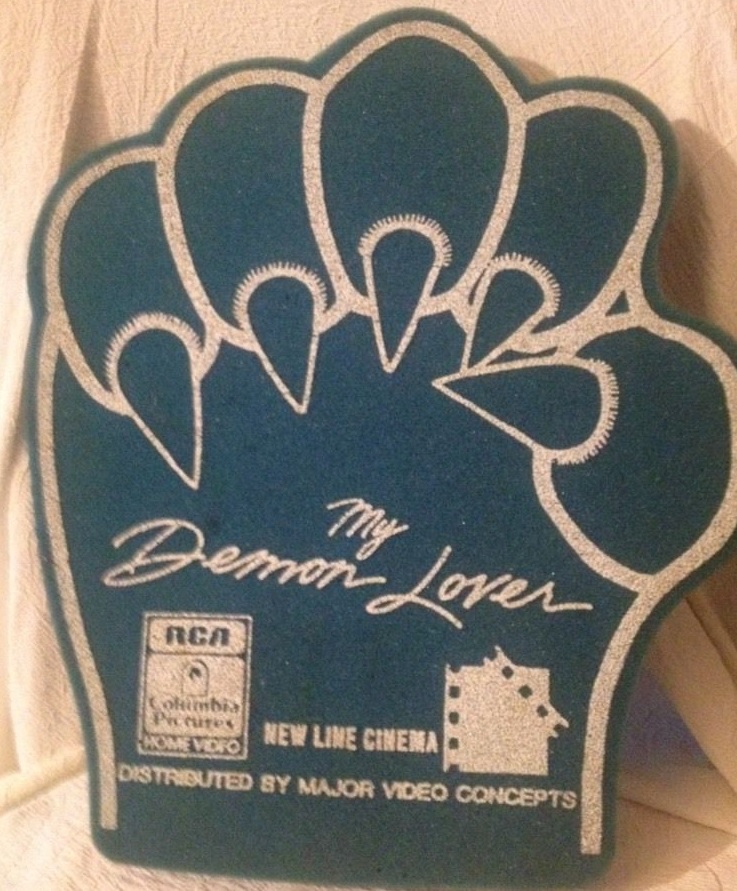 Not long after Freddy Krueger put New Line Cinema on the map in 1984, the studio introduced an entirely new sort of demon in 1987. The goofy premise of that year’s My Demon Lover was that a young woman, desperate for love, falls for a man who literally turns into a monster whenever he’s sexually aroused, and fun practical effects-heavy transformation sequences highlighted the oddball horror-comedy.

Back in the ’80s and early ’90s, foam fingers were all the rage, and they were a staple of sporting events like football games and professional wrestling shows. There are very few horror movies that got their own foam fingers, but My Demon Lover, oddly enough, was one of them. To promote the film’s home video release, this incredibly rare foam demon hand was unleashed upon the world. Because why not?! 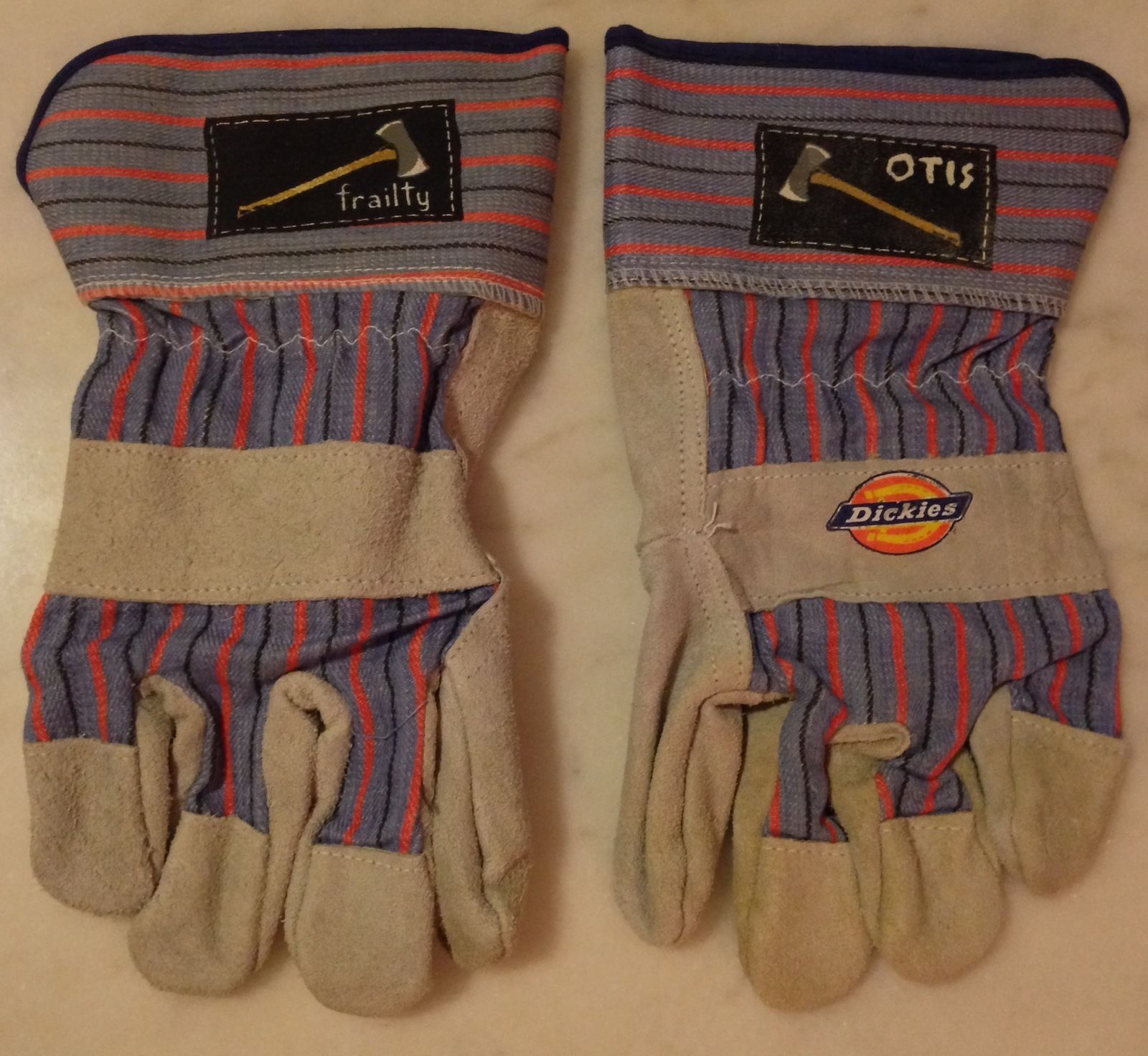 Back in 2002, actor Bill Paxton made his directorial debut with the psychological thriller Frailty, also starring in the film as a father who believes he’s been tasked by God to kill demons disguised as human beings. Matthew McConaughey co-stars as the now-grown son of Paxton’s character, who claims that his brother has taken up their father’s divine mission of being the so-called “God’s Hand” serial killer.

In the film, the killer’s murder weapon of choice is an axe, with the name Otis written on the handle, and his victims are buried in a rose garden. Since a pair of work gloves were featured in the story, they became a part of the clever marketing campaign, and limited numbers of these promotional gloves found their way onto the hands of lucky fans. One pair is currently listed on eBay, selling for just $18. 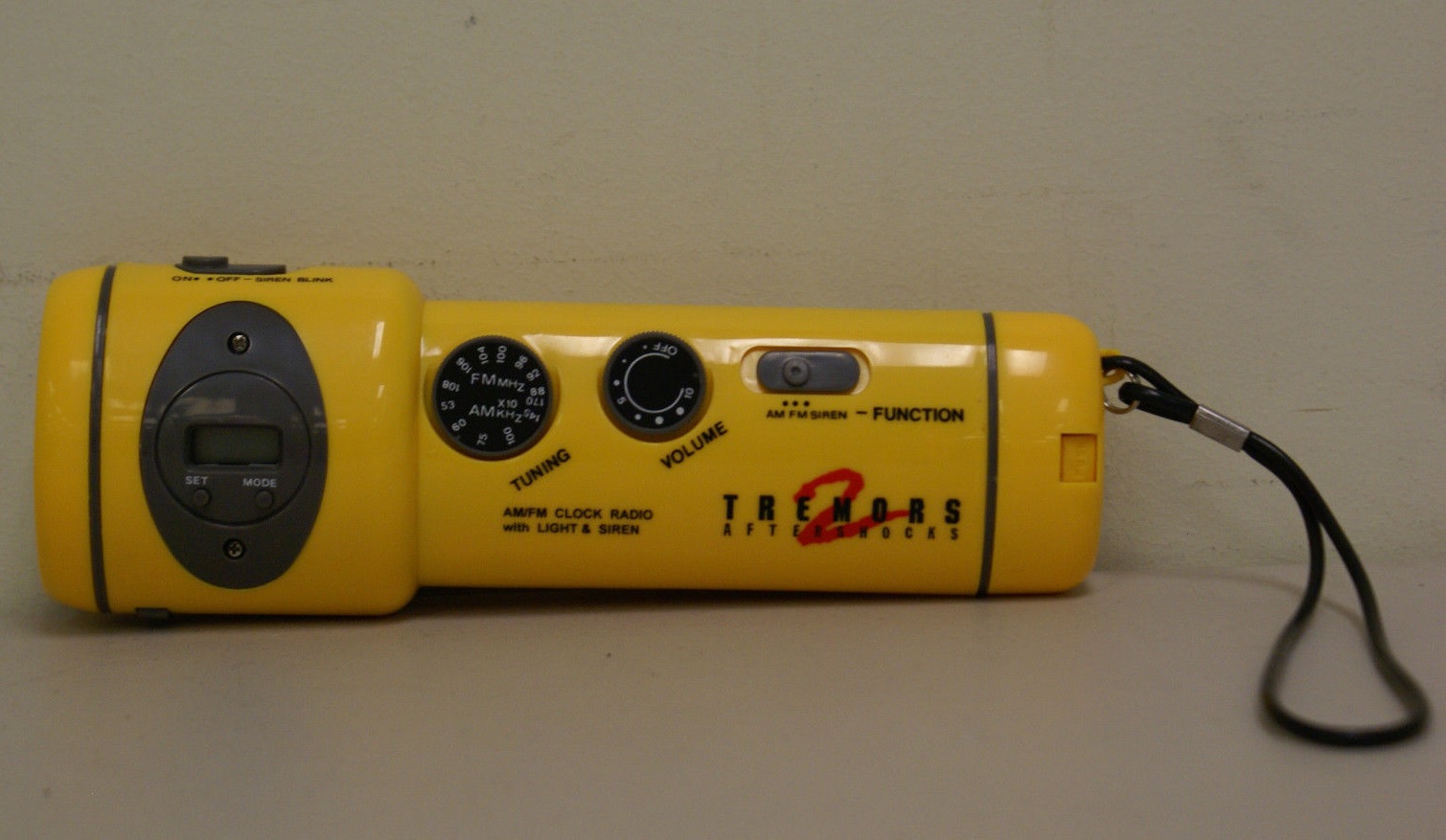 Released six years after the original, Tremors 2: Aftershocks is the first of a handful of Tremors sequels that went straight-to-video, but despite the lack of a theatrical release and serious budgetary constraints, it’s one of the better horror sequels out there. Fred Ward reprised the role of Earl Bassett and Michael Gross returned as Burt Gummer for the entertaining follow-up, which introduced a new breed of Graboid.

Like Tremors, the sequel was all about characters trying to survive in a location infested with hungry Graboids, and so it only made sense that the film’s promotional tie-in doubled as somewhat of an all-in-one survival kit. Branded with the Tremors 2: Aftershocks logo, this flashlight featured a built-in clock, siren, and AM/FM radio, perfect for those long nights spent waiting out a Graboid attack on top of your truck. 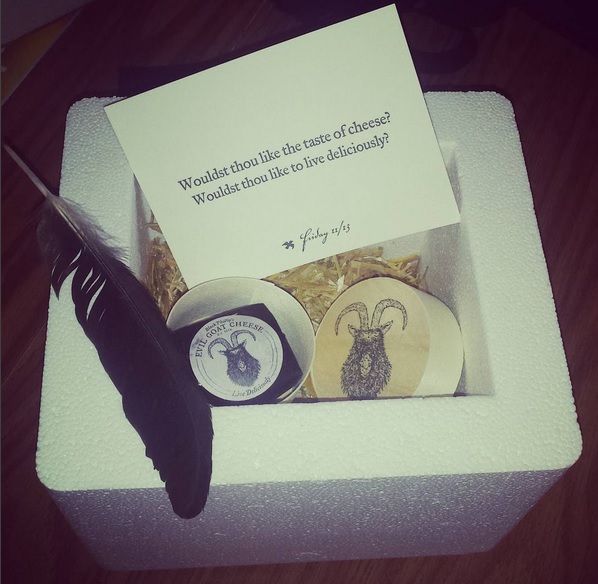 Promotional items aren’t limited to movies from the past, and it’s always great to see that distribution companies still care to put a little effort into their releases. One of the films that made a big splash at this year’s Sundance Film Festival was Robert Eggers’ The Witch, and A24 Films scooped up the horror movie for release on February 26th of 2016. While we wait, they’ve been doing a hell of a job building interest.

A couple weeks back, I received a strange package in the film which contained a black feather, a card that posed two ominous questions, and even a small hunk of “Evil Goat Cheese,” the latter being a reference to the fact that the movie prominently features an evil goat by the name of Black Phillip. In fact, the goat even has his own Twitter account, which goes to show how much effort A24 is putting in.