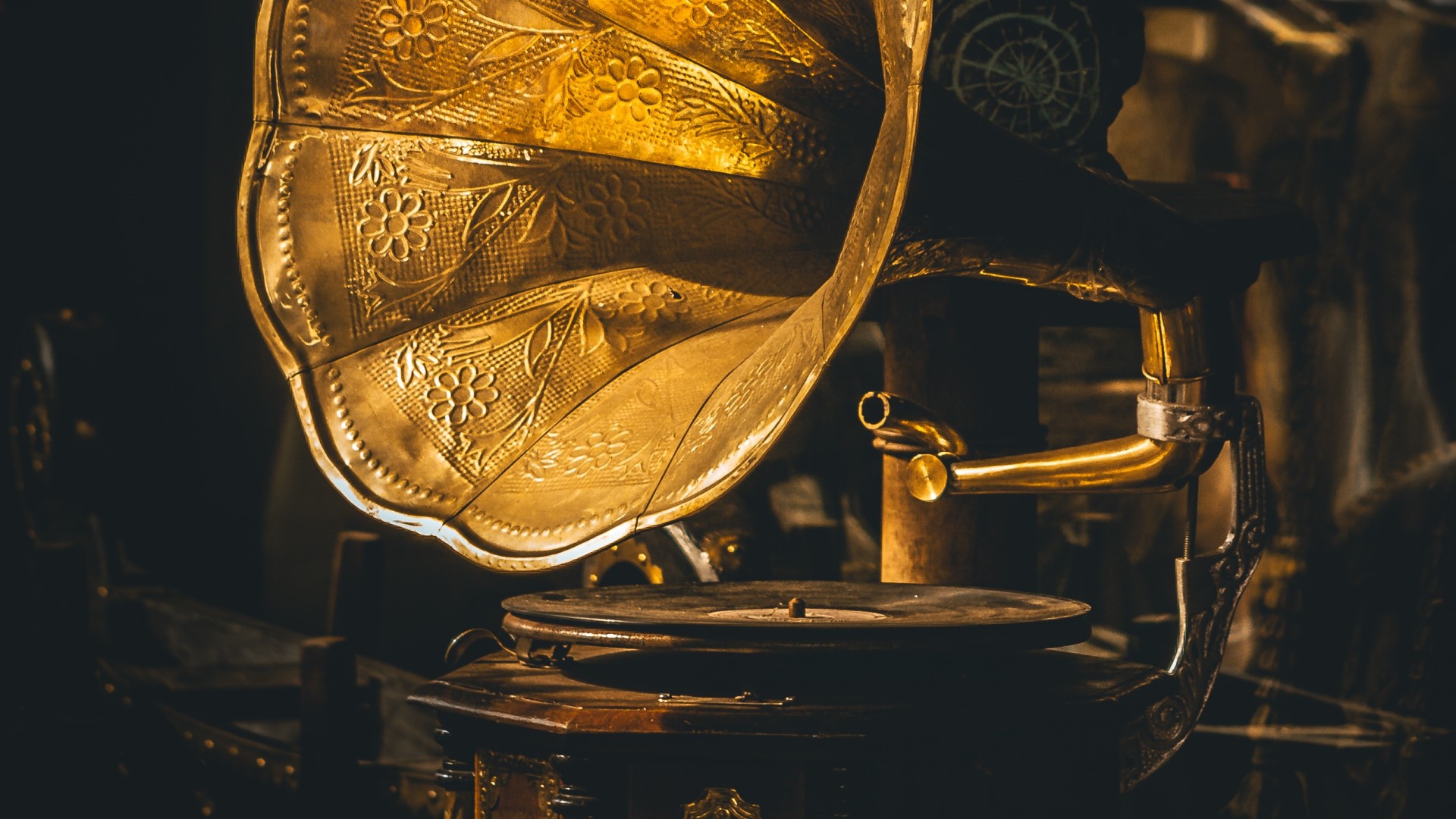 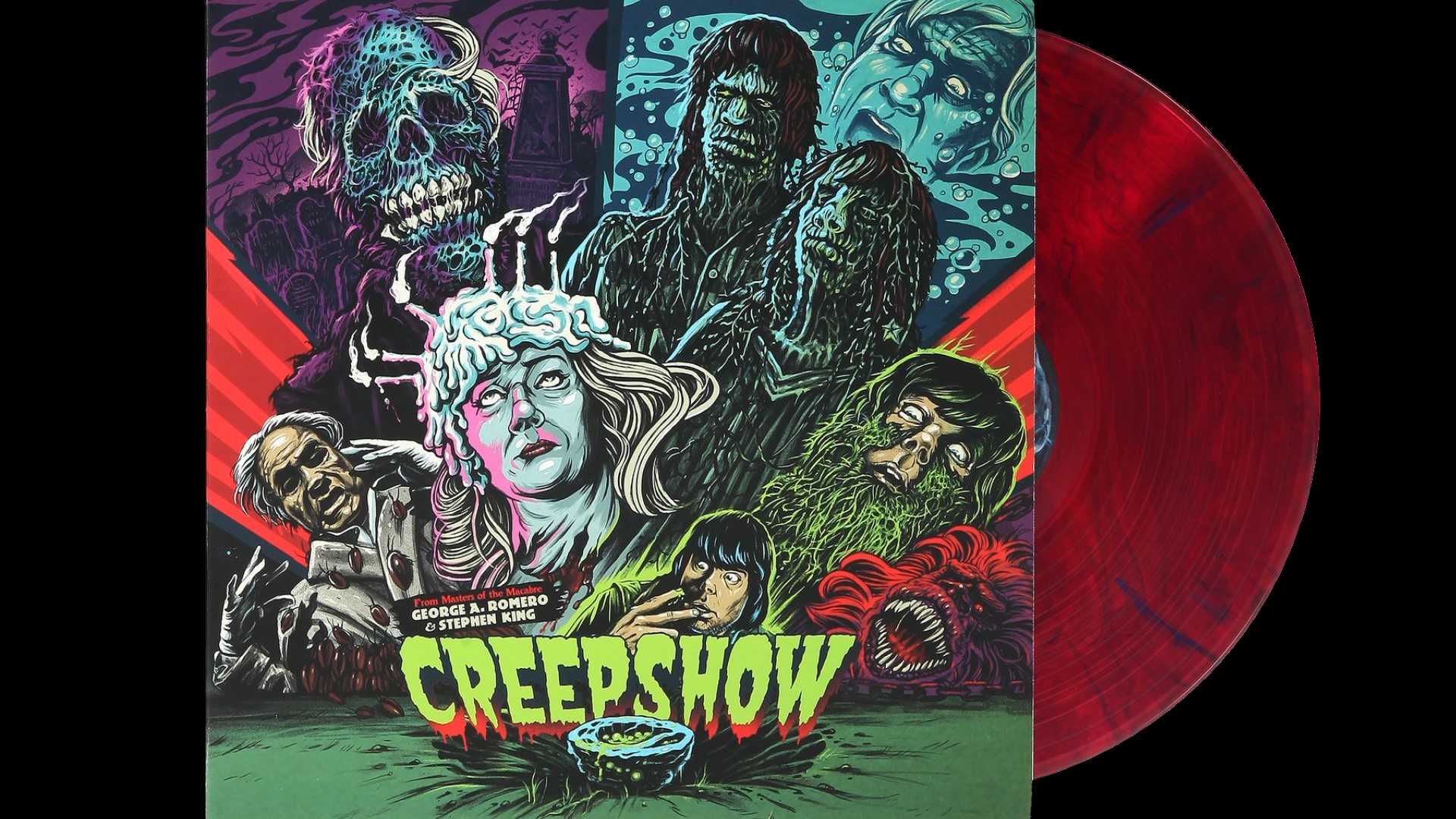 Recommended track for a Halloween Party: ANY!

Composed by John Harrison, this album means a lot to me as it’s the score for one of my favorite films, my father and I used to try to learn riffs together from it, it helps keep me pumped and focused when I am working, and it would be great to sample select tracks from for a Halloween party! 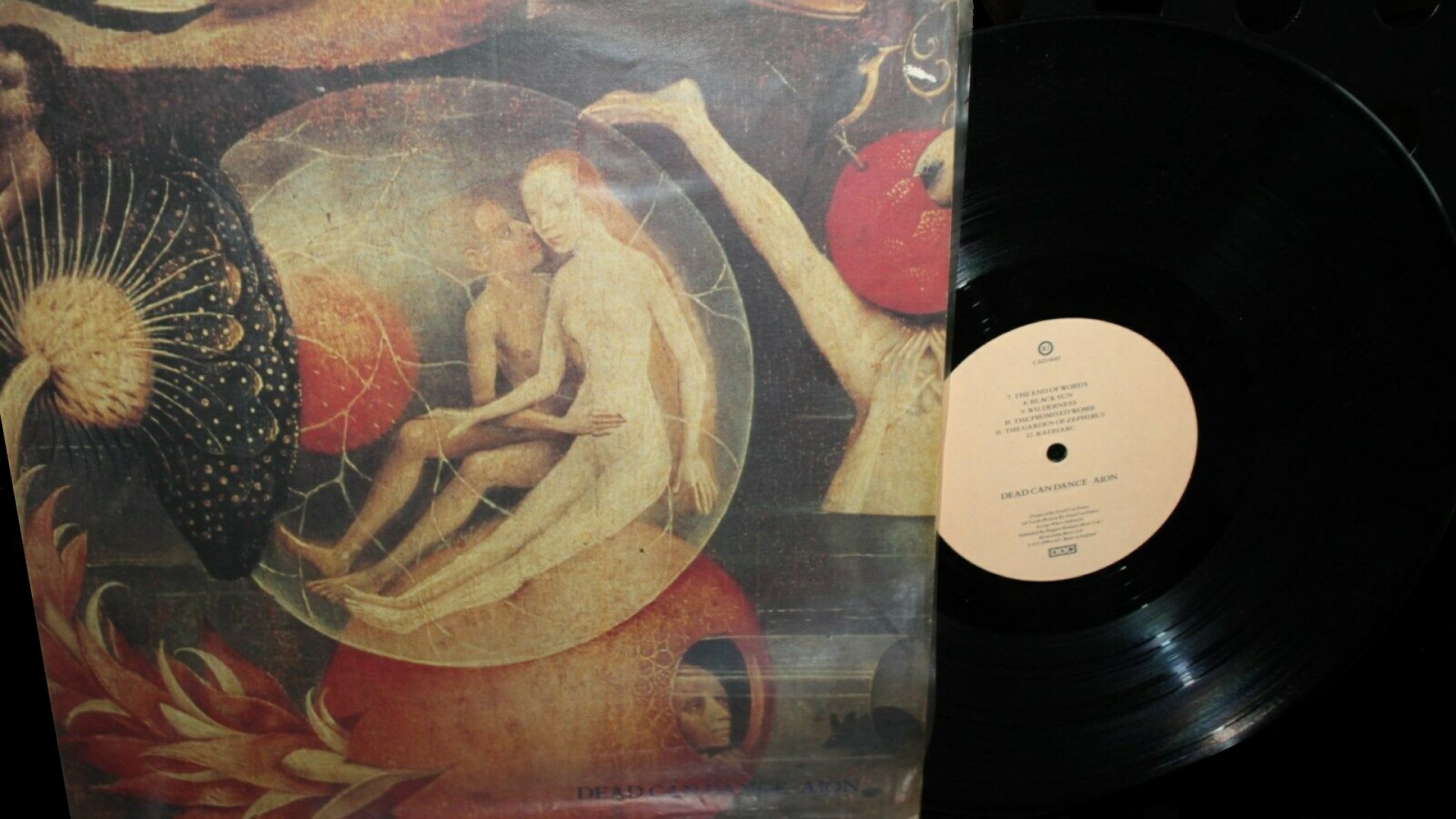 This album by Dead Can Dance is my favorite by the avant-garde darkwave music project. It includes “Saltarello,” which is their take on a song from the 1400s, as well as my all-time favorite jam by the couple, “Black Sun.” Some of the songs are a little on the slower and more funerary side, but it does have some bangers too. 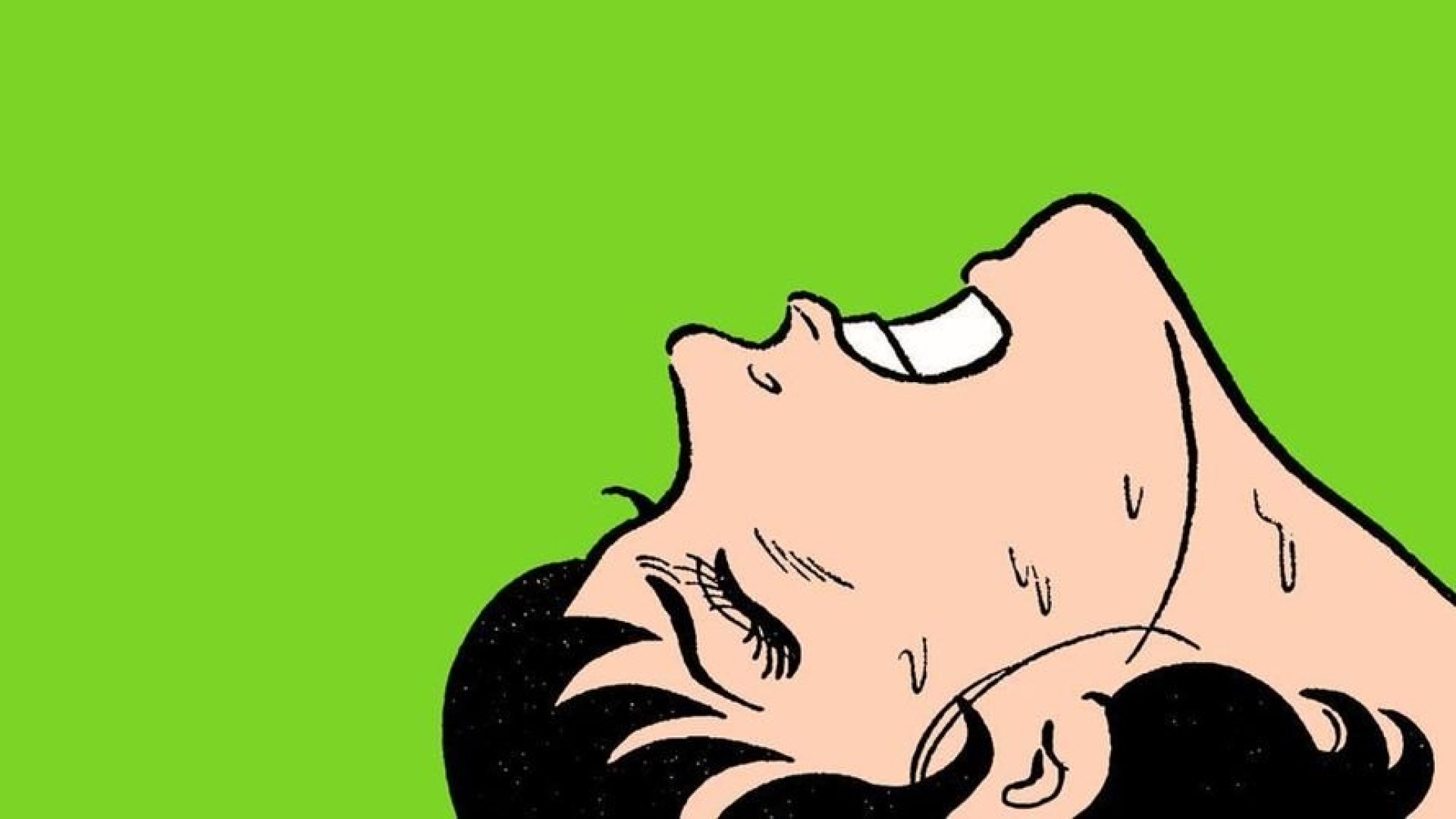 The album by post-punk sweethearts Big Black, of which Steven Albini is a member, isn’t necessarily typical Halloween by any means, but its tone, and staticky sounds, as well as darker themes, lends the album well to the feeling of the season, in my humble opinion. 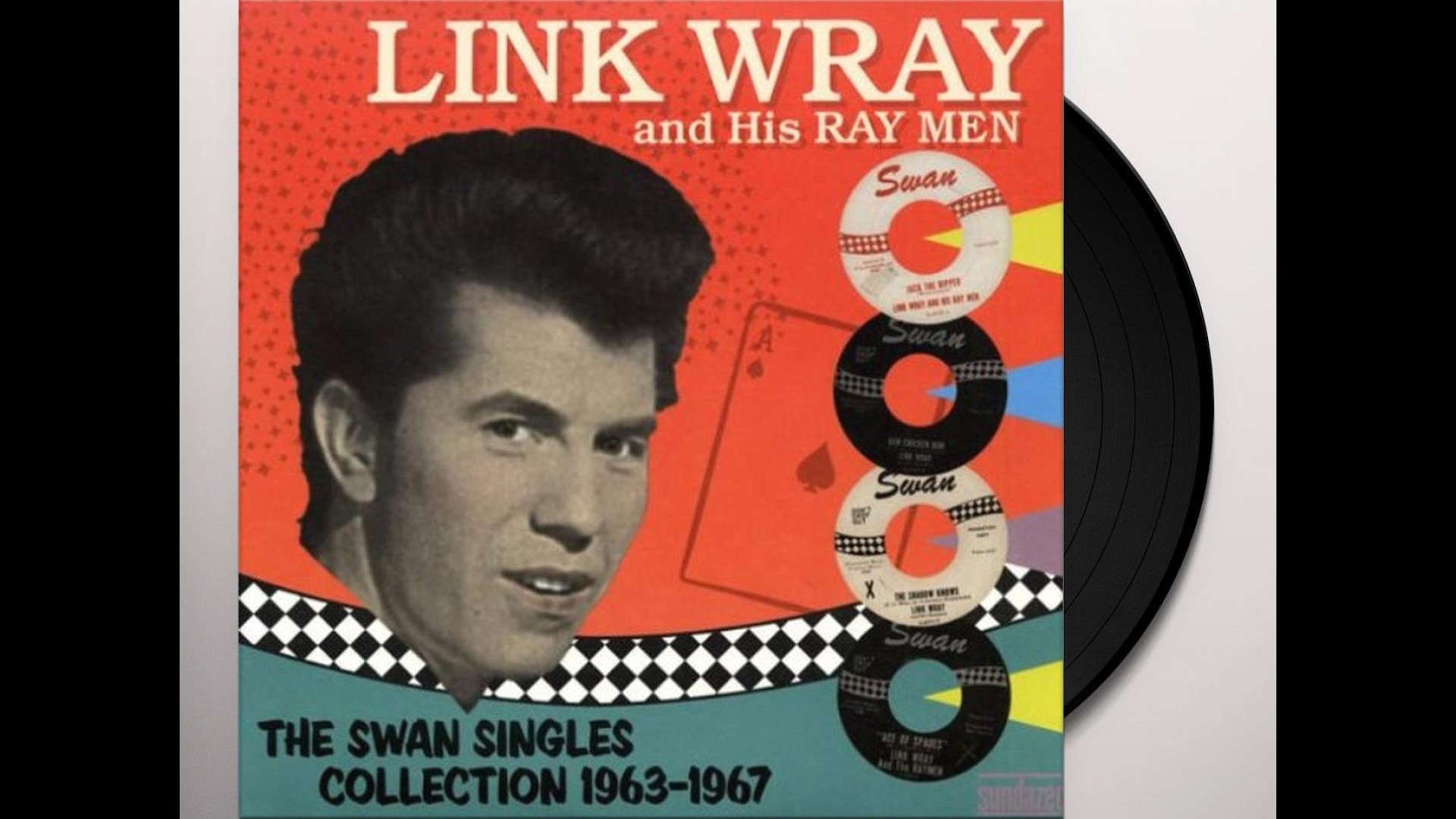 Recommended track for a Halloween Party: “Jack The Ripper“

Get your Friday night going or put some pep in that Halloween party step with this compilation album from the late, great Link Wray and his Wraymen. It’s instrumental surf-rock all based on sex, cars, and horror. 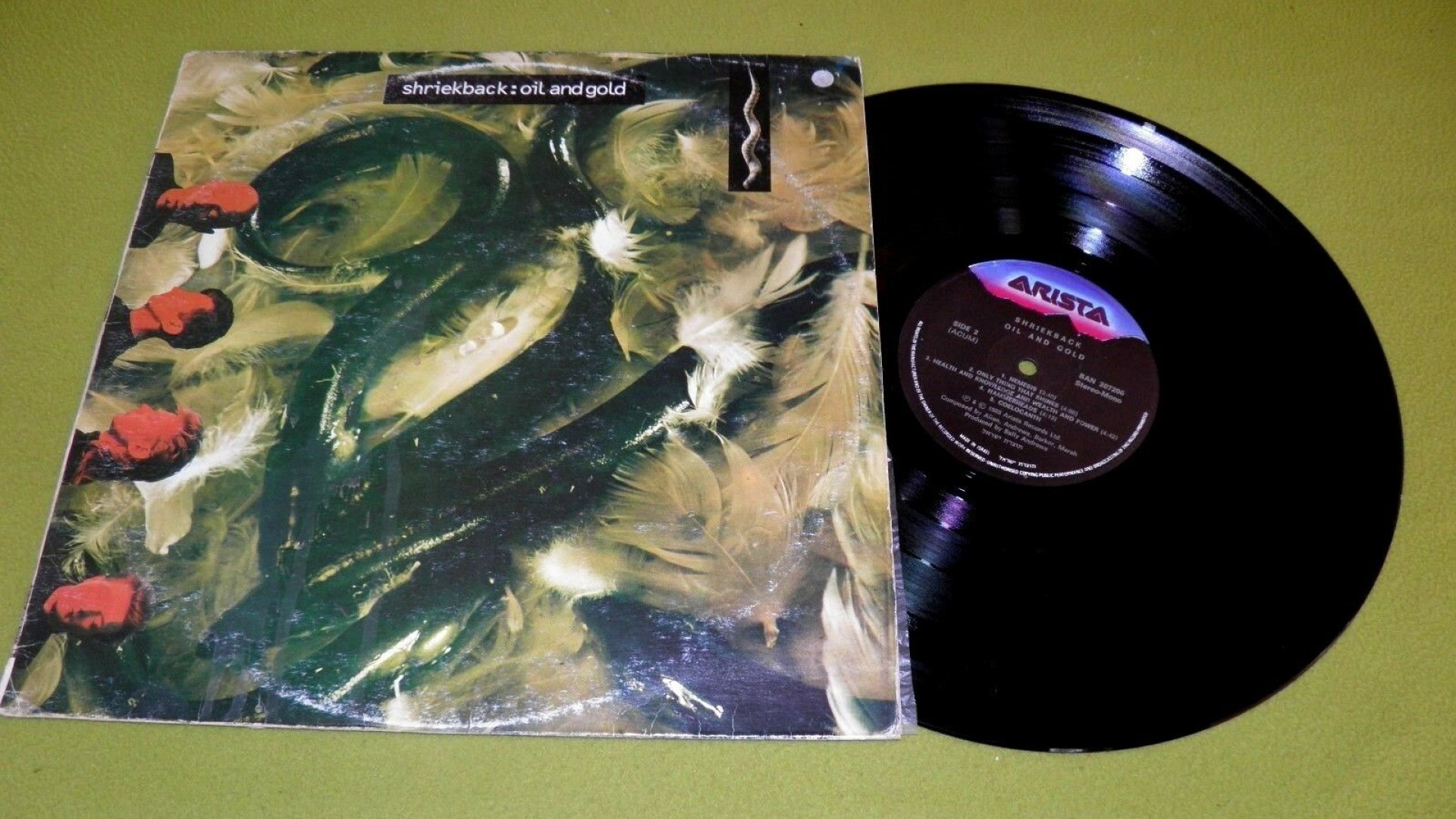 This under-appreciated album by goth-new-wave-eurodance-post-punk-rock band Shriekback brings the fun and funk to themes of pestilence, starvation, overindulgence, extinction and other various horrors of the human condition. This album also has my all-time favorite song by the group on it: “Nemesis,” which should be on every Halloween party playlist. If you find yourself at a party where it is not, you should promptly make a scene and leave (just a suggestion).

Recommended track for a Halloween Party: “The Devil’s Sweepstakes“

This album by Cradle of Thorns (as Videodrone) was on regular rotation for 12-year-old me until I was at least 19. It’s weird use of soundscapes mixed with more modern industrial goth rock overtones makes it a great album to mix into a Halloween party playlist or to listen through while making ghost-shaped cookies on a sunny Sunday afternoon. 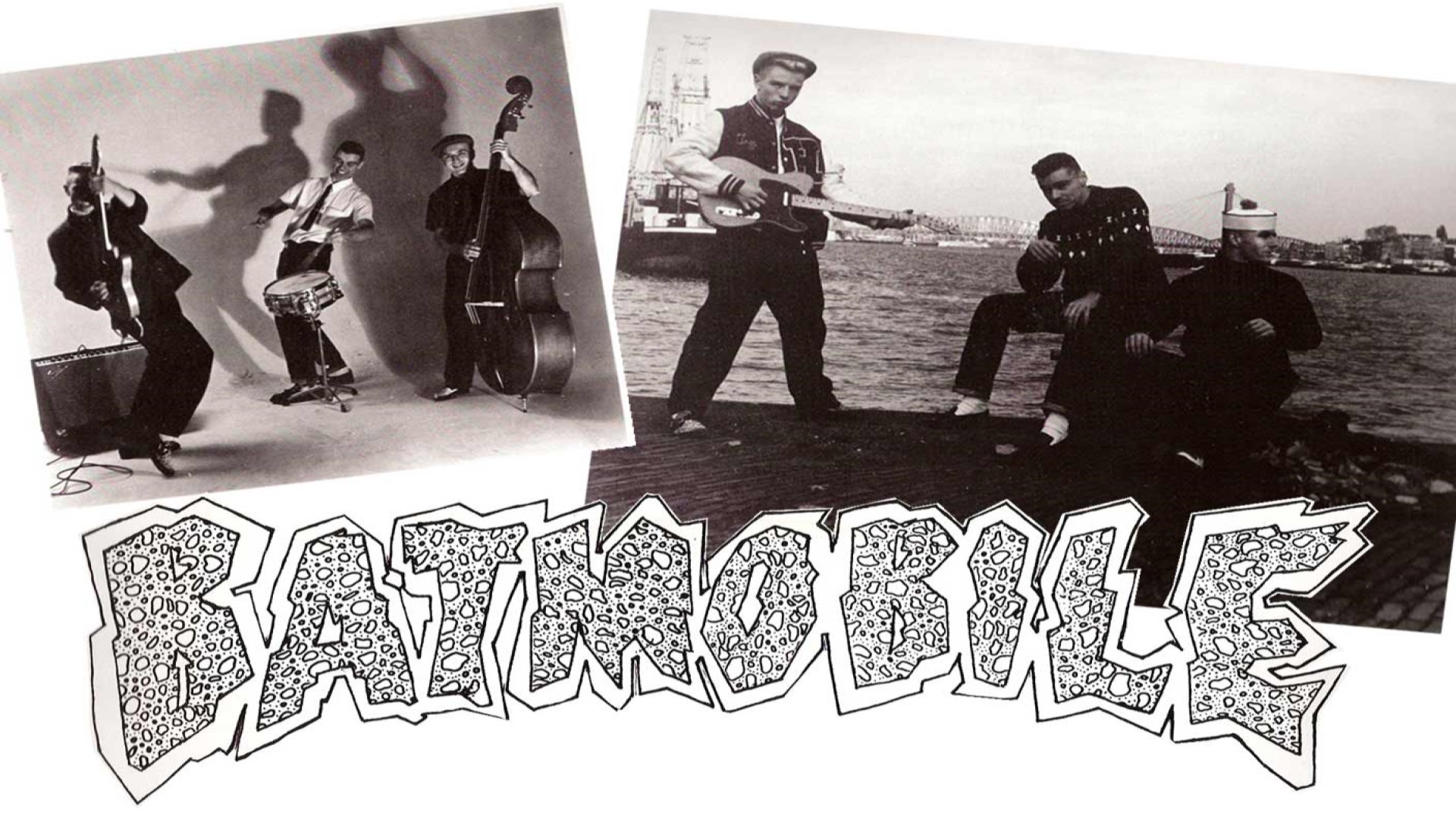 Oh Batmobile, the Dutch psychobilly band from Rotterdam. They have been consistently putting out listenable music for over 30 years, but this live album is my personal favorite when it comes to spooky vibe groovin’ music. 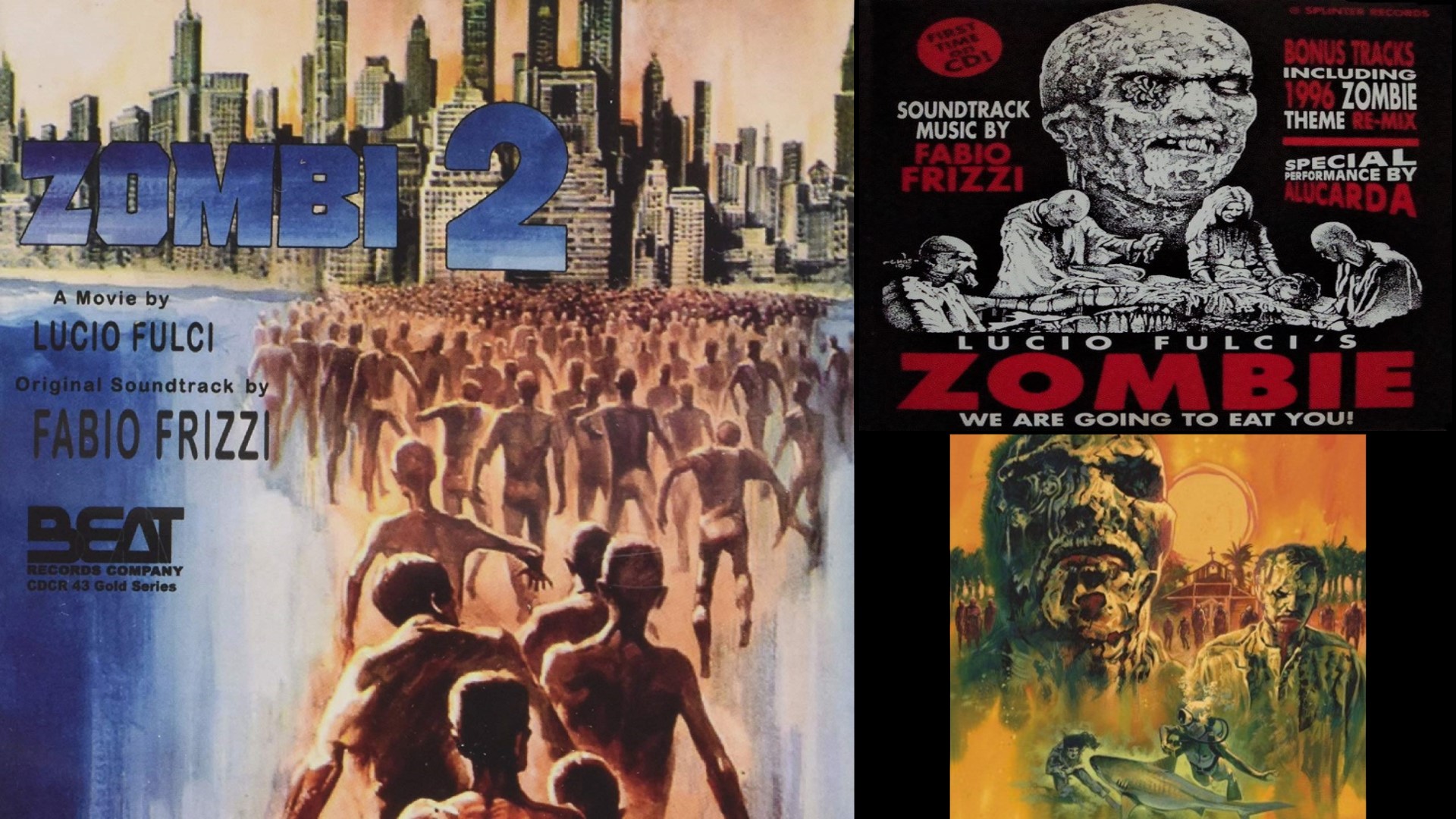 Composed by Fabio Frizzi, this score has a little bit of everything to offer. I have been rocking out to “The Cab Ride” song on this soundtrack since I downloaded it for free on Napster when I was a freshman in high school (really dating myself with that). 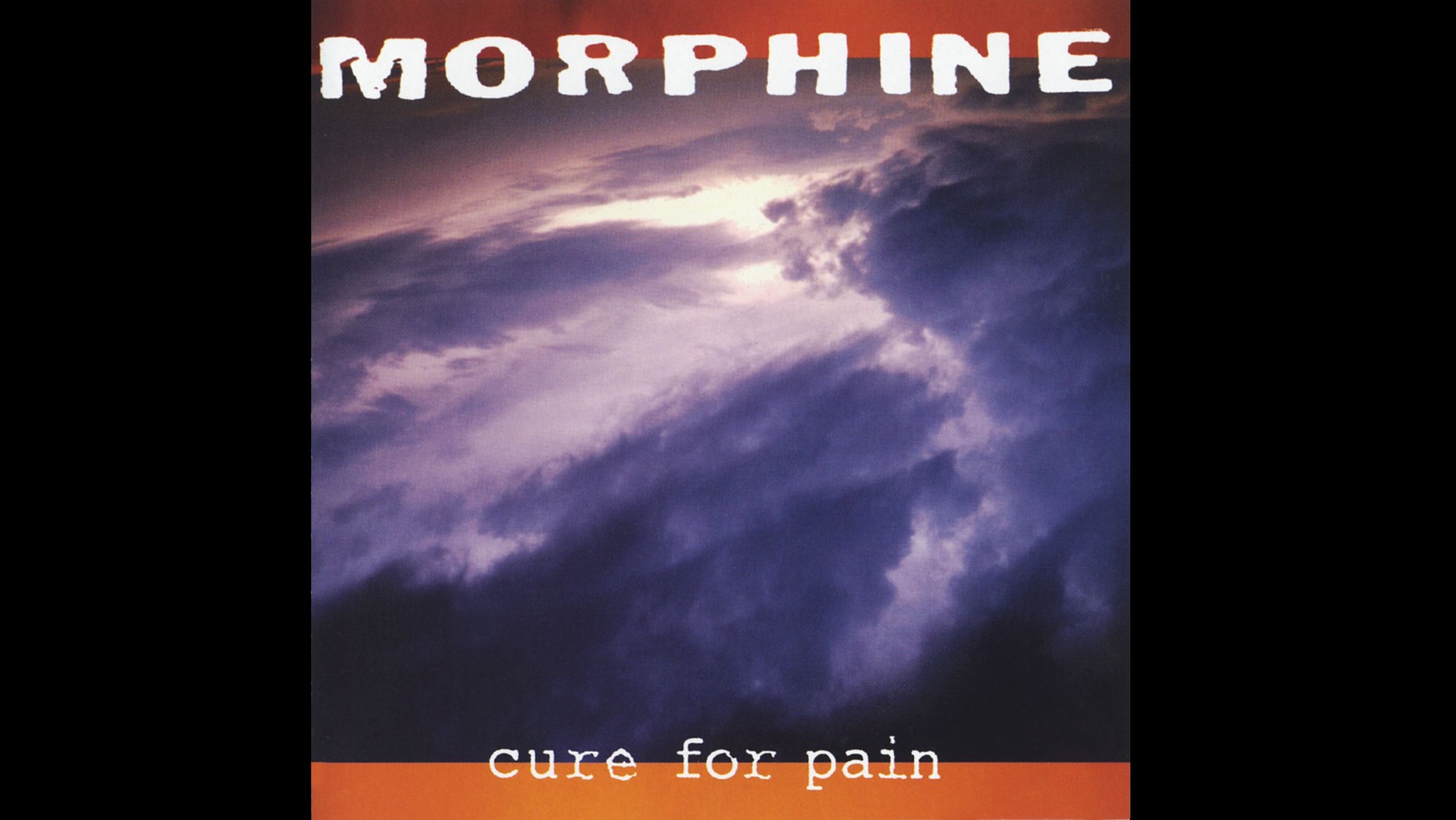 Recommended track for a Halloween Party: “A Head With Wings“

Although I think any of Morphine’s albums have songs that would go well on a Halloween playlist, this album has the most groovy-but-still-dark tracks that could be listened to, in mixed company, at a Halloween party. “A Head With Wings” comes to mind as one of those party-popper tracks. The lead vocalist / multi-talented instrumentalist Mark Sandman and I share a birthday along with Jim Henson. I love both of them so much, and miss them deeply. Recommended track for a Halloween Party: “Burn The Witch“

Select tracks from any Queens of the Stone Age album would be at home on a Halloween playlist. I think this album’s themes, especially with the tracks “Everybody Knows That You’re Insane,” “Burn The Witch,” “Someone’s In The Wolf,” “The Blood Is Love,” and “You’ve Got A Killer Scene There, Man…” lend the entire record to an early spot on this list. Even with this being the first album from the band without my favorite member, Nick Oliveri, it’s still a groovy and spooky scene. Recommended track for a Halloween Party: “I Put A Spell On You“

Screamin’ Jay Hawkins is known for being the recording artist behind the weird and wonderful early recording of the song “I Put A Spell On You.” This album contains that track along with several others that are eerie, but fun. There’s a mix of styles on here that will mix in well to a number of atmospheric vibes but most importantly, it’s got something to make anyone smile and want to do a little dance. It was really REALLY hard for me to choose which Bauhaus album I wanted to pick for this list. I decided to go with their first studio album because it’s a wonderful place to start if you’ve never listened to them before as well as it has the most party-able tracks on it. The pressing I have comes right out the gate and gets into your pale goth face with the song “Dark Entries.” One of my favorite songs from the band is on this album, “Stigmata Martyr,” and that bass line just makes me want to get up and shuffle my feet around every time! Tonight is a full moon! I’ll be sitting out back, running the inaugural fire in my new firepit, listening to Tom Petty! The likelihood of you thinking about this debut solo album from Tom Petty when you’re assembling your seasonal playlist is pretty low, so I wanted to bring it to your attention. “Running Down A Dream” and “Zombie Zoo” are two great tracks with unusual and Halloween-appropriate themes. Recommended track for a Halloween Party: “Day In The Life Of A Private Eye“

After a long Monday (which may have been a day off for some) it’s nice to just relax, but since it’s October, I am really feeling like I want to relax with a little bit of a mysterious vibe. This album from The Aqua Velvets is just the ticket. With songs ranging in mood from night surf, to solemn swing, to sentimental ballads, to music seemingly plucked from the game Myst. It’s a little on the slower side, but still great mood music. 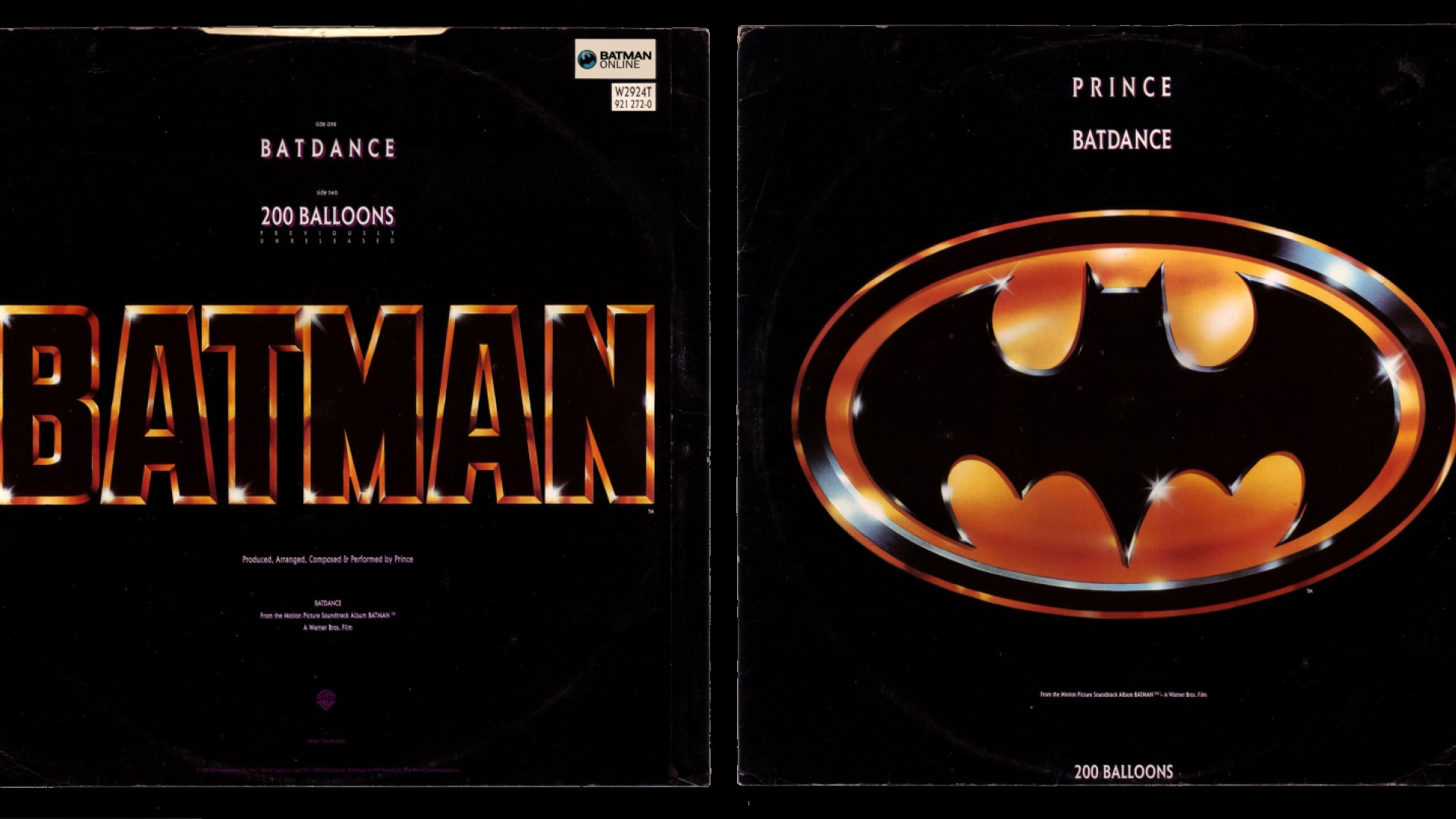 I love the score for this movie, Danny Elfman is my second favorite composer, but his place is later in this list (and in the season). Tonight I am eating mac n cheese, doing a little bit of writing, and listening to the Batman OST by Prince. Every single song on this album is danceable, has a message worth listening to, and gives me all the nostalgia.

This is the first vinyl record I owned, my grandmother got it for me as a Christmas gift when I was 5 or 6 because I was so obsessed with the film. I once tried to listen to it without my Mom’s Boyfriend’s help with the record player and scratched the entire thing all up. My vinyl privileges were revoked for like 5 years after that. All hail to the new king, “Partyman.”