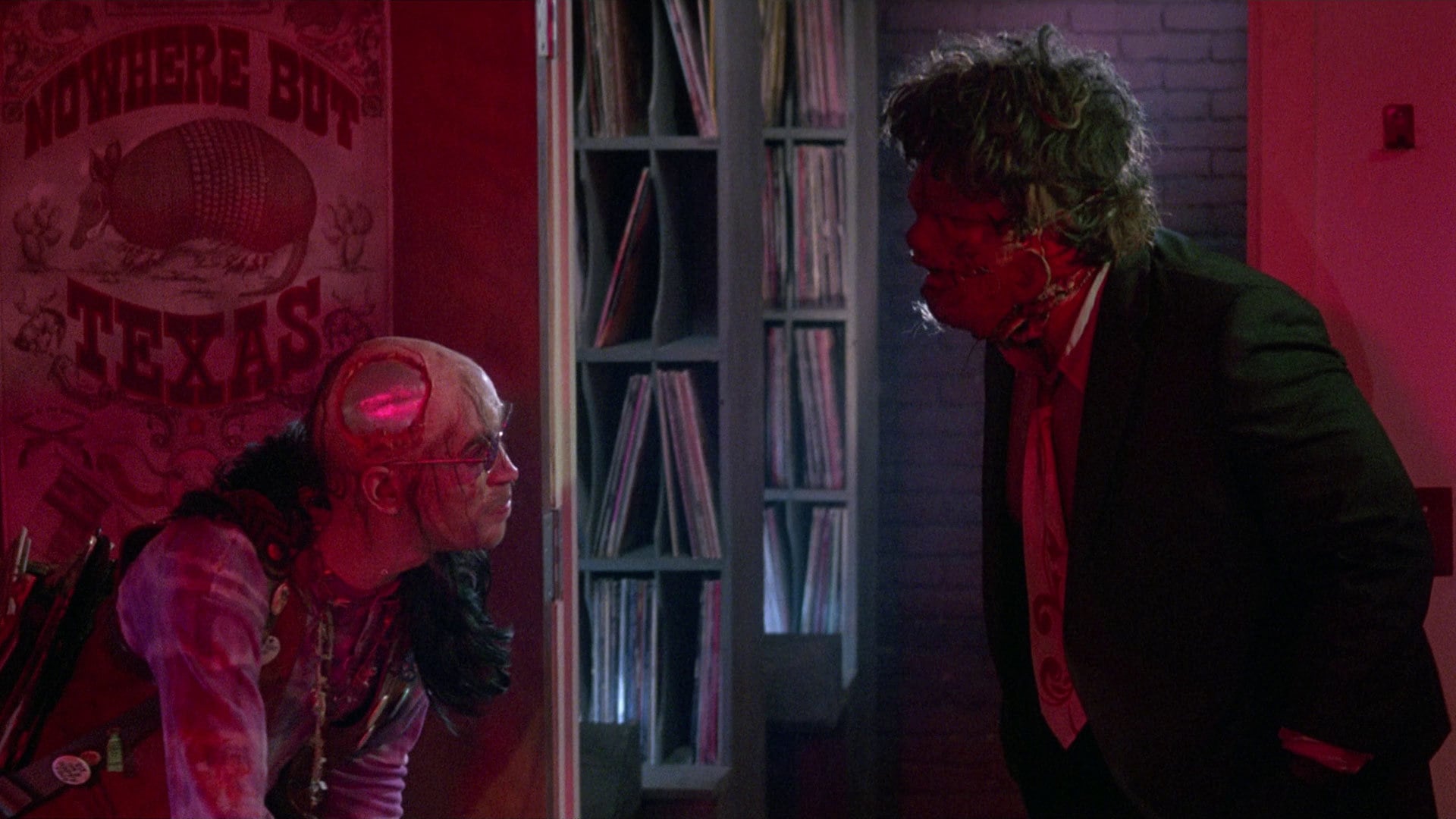 Watching the 1986 Texas Chainsaw Massacre 2 was not like watching the original for the first time. Gone was that sense of realism, and absolute terror was not the norm throughout the film. It was, however, its own special kind of beast, and it was one I thoroughly enjoyed.

The sequel had moments of terror. If you’ve seen it, you know what I mean. It was far more bloody than the first, as well, and it was meant to be. Director Tobe Hooper recognized that we were living in different times, and what worked in the early ’70s was not going to work in 1986. The human monsters the first film helped create in other films now crafted the second film, and audiences were probably better off for it. Then there was the tone.

While the first film had an overwhelming sense of nihilism, this film merely touched on that, replacing most of it with a Tom and Jerry atmosphere of cartoon chaos and violence. Heads weren’t chopped off, they were sliced in half. A face was peeled from the skull of a still living man and placed on a woman as a love offering. A straight razor induced a cringe like you would not believe.

This was the new face of what had now become a franchise, and it also influenced my writing. The humor that was in the film (and normally I hate humor in a horror film) fit. It fit because of the insanity being witnessed on screen. You believed these nutcases would talk like they did and have the arguments that were peppered throughout the film. That dark, wildly inappropriate humor found its way into many of my stories. To be very fair, I thought I would hate it in the sequel, but I found that instead of lightening up the tone, it actually made it worse. It was a brilliant move, and it is one I have copied ever since.

Of course, since the film did marginally well, another sequel was announced, and this was very good news. Or so I thought. Why was it good news? Because this time, my local theater was getting it. I was assured of this by one of its employees. Knowing what I know now, though, the theater had no real way of knowing that, but I believed the worker, and he was correct. My theater got it, and I was there opening night for 1990’s Leatherface: Texas Chainsaw Massacre III. By the time I left the theater, though, my whole had fallen apart.