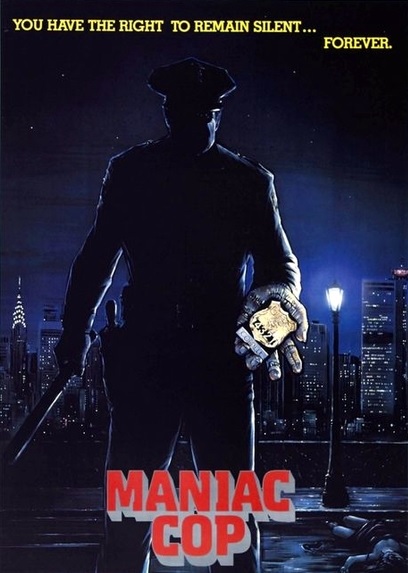 Given how many hoops any given movie must jump through before being made and released, it’s quite frankly a miracle that so many of them do reach completion, and see the light of day.

But for every handful of movies that do, one or two slip through the cracks, and either never get made, or just end up sitting on a shelf somewhere.

In this feature, we take a look at horror movies that have dropped off the face of the Earth over the years, either before production even started or after production was completed. Whatever happened to them? And when will we see them, if ever? These are the questions we hope to answer.

*If you missed Volume 1, where we talked about The Strangers 2 and Oren Peli’s Area 51, be sure to head back and give that a read!*

It was right around this time in 2012 that some of the most exciting news I’ve ever read came across my desk, which indicated that Drive director Nicolas Winding Refn was on board to produce a remake of 1988’s Maniac Cop. Though the original film’s director, William Lustig, noted that the project wasn’t 100% set in stone, the mere suggestion of someone like Refn being involved sent waves of excitement throughout the horror community, and it was a rare situation where news broke of a remake that fans didn’t respond to with anger and flaming torches.

Lustig described that the reboot would be more of a prequel than a true remake, and that Larry Cohen (who wrote all three of the original Maniac Cop films) was also going to be involved. “Nick (Winding Refn) has been talking to us about it for a while now, and I had an idea that would work so we’re going to do it,” Lustig told The Daily Grindhouse, in an exclusive interview. He went on to say that the reboot would have the comic book feel of the first three films in the franchise, only with a much bigger budget than had ever been available in the past.

After the initial news broke, the project exercised its right to remain silent, and it was another year before anything else was said about it.

In the summer of last year, Refn himself spoke about the film with Fangoria, revealing that the production of Only God Forgives (which he directed) delayed the project, but that it would be at the tippy top of his priority list, once everything was wrapped up with that film.

“I’m a huge lover of pop cinema and it was basically my relationship with Bill Lustig that led to rethinking the Maniac Cop franchise,” said Refn. “He owns it and we basically partnered up on it to give it a spin. I’ve always loved the original films, so it was a way to revisit part of my past, but also it’s one of the few franchises that has not outstayed their welcome.”

Refn noted that he wouldn’t be the one directing the film, saying that he was too close to the source material and has too much of an admiration for it. “Bill’s film is still so fresh in my mind that I wouldn’t be the right… I mean, I’ve been approached for other remakes of other genre movies and I’ve always declined,” he told Fangoria. “I’m too old, because they are a part of my identity. So, to get someone that is younger—meaning somebody that maybe doesn’t have the same sensibilities connected to it—somebody who can re-envision it from their perspective.”

It’s been nearly a year since that interview and once again, all parties involved have remained totally silent. At this time, we have no idea if the project is still in the works or if the plan has been abandoned altogether, though we can be sure of one thing; if a Refn-produced Maniac Cop reboot does indeed happen someday, it will be a true gift to horror fans. If you’ve seen Drive, then I’m willing to bet you’ll agree with me on that.

What are your thoughts on a Maniac Cop reboot/prequel, produced by Nicolas Winding Refn and with both William Lustig and Larry Cohen involved? Does that sound like the perfect recipe for a truly awesome remake, or do you feel that this property is better left locked up, and the key thrown away? Comment below and let us know!