Sunday, October 12th. 9pm EST. AMC. The Walking Dead returns, with a fifth season that’s promised to be OUT. OF. CONTROL.

Today, the very first trailer for the season was shown off at Comic Con, and it didn’t take long for AMC to upload it onto YouTube, for the whole world to see.

In a word, the trailer is totally BADASS, and it revealed some pretty interesting/awesome insight into what we can expect from Season 5.

So let’s take a closer look at some of the craziness on display, shall we? Here are five observations about the Comic Con trailer, all of which have me incredibly excited about what’s to come this October! 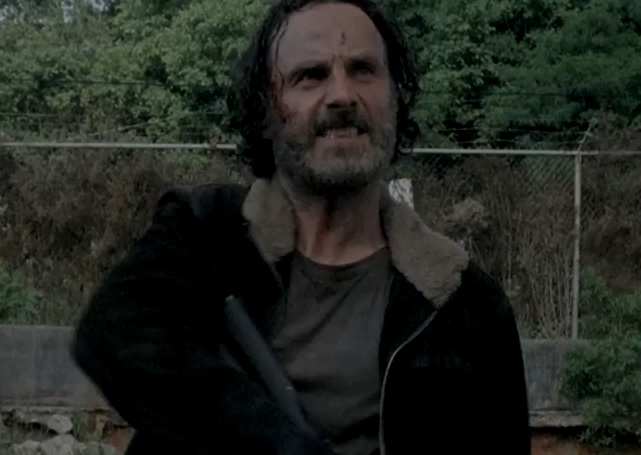 1) RICK GRIMES IS… THE PUNISHER

At the very end of Season 4, Rick Grimes assured his fellow group members that the cannibals at Terminus just picked a fight with the wrong people, and the badassery on display in this trailer assures me that he was totally right about that.

For the majority of last season, Grimes had become somewhat of a pushover, preferring to tend to his garden and think logically, rather than fully embrace the dark side that one needs to embrace in a zombie-infested world. That all changed, of course, when Carl was almost raped by those evil dudes, forcing Grimes to go full maniac on them.

In Season 5, it looks like Grimes is going to be more badass than ever, taking no shit from anyone and doing absolutely whatever he has to do to protect his friends and family. Now that’s the Rick I like to see. Bout time we were reminded that Rick’s the main character, not Daryl. 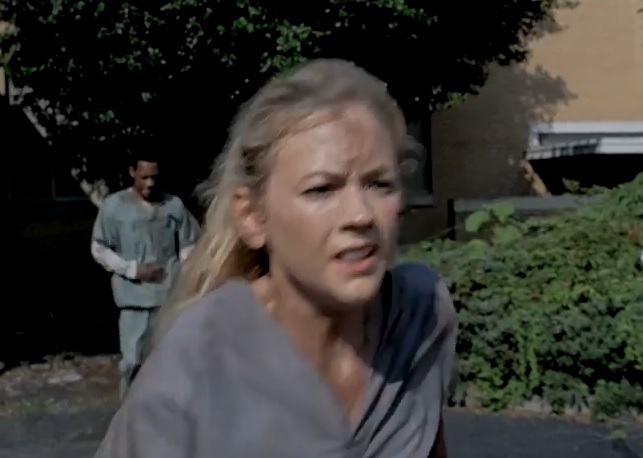 One of the many Season 4 cliffhangers was the fate of Beth, who was kidnapped by an unseen person/group, and then not seen or heard from again. Many had speculated that Beth was dead, cooked up and eaten by the cannibals at Terminus, and I figured it was only a matter of time before that was revealed.

In this trailer, however, Beth is quite clearly alive, and it looks like she’s found herself mixed up in some pretty crazy shit. Doesn’t look like she’s at Terminus, but rather some other dysfunctional compound. Got a feeling she’s not long for this world, though I hope to see Daryl swoop in and make the save. 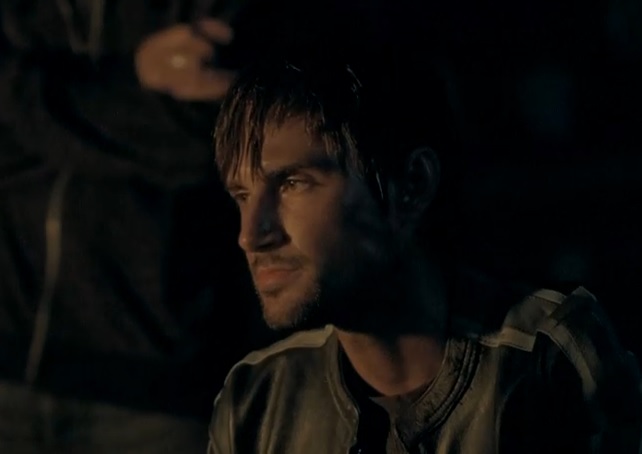 Another big reveal in the trailer is the general story of Season 5, which looks like it will center on Rick and his group co-existing with the Terminus cannibals. Can’t say I saw that coming, but the mixture of the two groups should definitely make for an interesting dynamic.

One of the things I’ve always found compelling about the show is that even the most evil-seeming villains are really just normal people who were forced to do bad shit to survive, with characters like Shane and The Governor showcasing who Rick and friends could someday become. While it’s hard not to look at the residents of Terminus as uber bad guys, it looks like they’re all going to be fleshed out this coming season, and their motivations revealed.

They may be cannibals, but as Carl points out, everyone in the world these characters inhabit has done bad shit. Must keep in mind that we only root for guys like Daryl and Rick because the story is presented from their points of view. We know them, and like them, and so we forgive and look past their evil deeds. Can’t help but wonder if we’ll grow to like the Terminus ‘villains,’ and I have a feeling we very well might.

Of course, it’s entirely possible that the trailer is intentionally deceiving us and Rick will just kill every single fucking resident of Terminus in Episode 1, which would be awesome too. 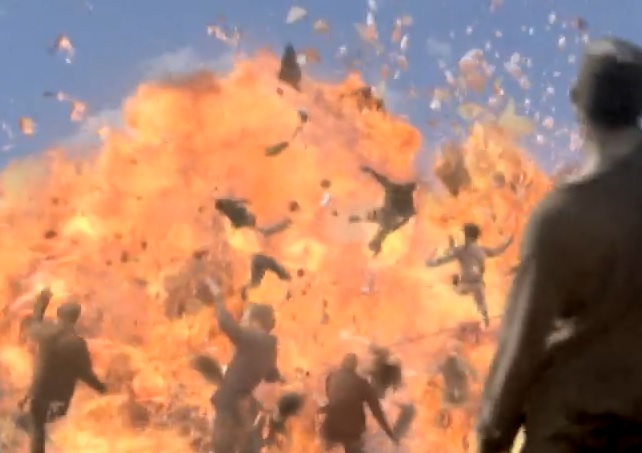 One of the main complaints about The Walking Dead is a lack of action, with many tuning out due to the strong focus on story and character development. Personally, I feel there’s plenty enough action on the show, and I also feel that what makes the show so great is that it’s story and character driven. But if this trailer is any indication, the writers have been listening to that criticism.

Of course, trailers always highlight the most exciting moments from a show/movie, but there’s so much wild and over the top action on display in here that I can only assume Season 5 will be the most action-packed set of episodes we’ve yet seen. 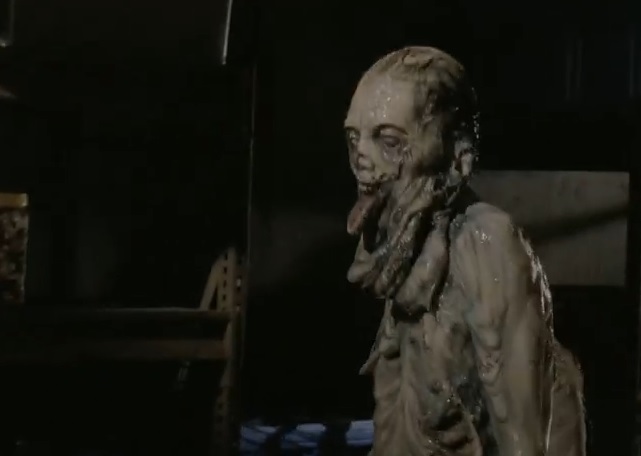 The last thing I took away from the trailer is that the zombies look crazier than ever this coming season. In addition to their heads being soft as baby shit – fire hose scene should be a BLAST (pun intended) to watch – they also look like some of the most menacing and evil walkers in zombie history, with some great makeup work on display from Greg Nicotero and his team.

Triple-chinned tongue zombie seen above is of course my favorite of the walkers on display in this footage, though special shout-outs must also be given to soggy-faced water zombie and bearded hobo zombie. I’ve always said that all men look better with beards, and latter dude proves that the same applies to zombies. Don’t ever shave, big guy. Just be you.