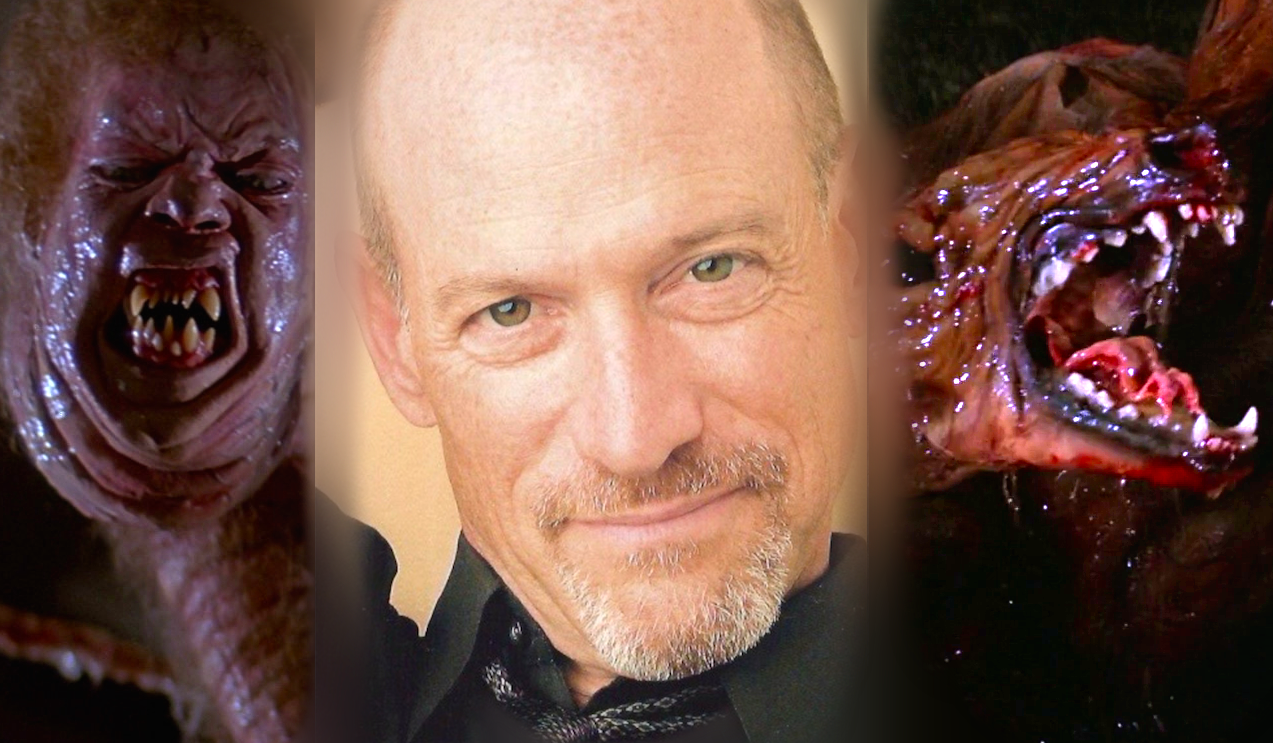 Welcome to the SECOND part of my exclusive interview with Joel Polis, who portrayed Fuchs in John Carpenter’s The Thing. If you missed the first part then click over to HERE, read it, then return to absorb these final few questions. Trust me, it’s worth it!

Today, Joel remembers a perilous journey toward the outdoor filming locations, gives his opinion on the prequel and a possible sequel, AND he ponders the mysterious fate of the man called Fuchs.

HL: Looking back 34 years later, is there one memory or moment from your time working on the movie that your remember most fondly?

JP: I have many fond memories from the making of The Thing. It was my first feature film and my life seemed heightened during those months because it was the culmination of much hard work from the decade before-university – a stint in the circus, drama school, starting a theater career in New York, etc – it was all new and oddly familiar. It was what I had imagined working on a film would be. Of course, sharing that time and that particular project with those actors, that director and the crew was, in itself, the highlight of the experience.

But, that said, I must say that the journey to the set in Alaska/British Columbia was particularly memorable because of some weather related incidents on the way. The cast was flown from the desert dryness of Los Angeles into Vancouver, and from there into the snow country of Prince Rupert, B.C. Due to the threat of bad weather, our short plane flight to Stewart, B.C, where we were to be housed during the shoot was cancelled, and we were bundled onto a greyhound type bus to begin a six hour ride up and over the mountains to Stewart.

Sans lighting and guard rails on a circuitous two lane blacktop, it began to snow, and snow, AND snow. In the darkened bus we had all fallen asleep, when suddenly, we were shocked into consciousness by a scream … “SLIDE!” The driver had momentarily lost control of the bus on the snow and ice, and the back of the bus slid to the left toward the mountain. He countered by turning to the right and the bus slid again, this time toward the unprotected edge of the road and a precipitous 500 foot embankment. In seconds he wrangled the bus back into his control and stopped the vehicle. We were dangerously close to the exposed edge of mountain!

Things get a bit fuzzy for me here. Tom Waites (Windows), will tell you that the bus was hanging over the abyss and that we pushed it back onto the road. What I remember is that the adrenalized cast took a moment to calm down and we all made our way to the front of the bus and, once under way again, we watched our progress intently over the driver’s shoulder as the windshield wipers ticked off the snow and the minutes as we crept our way through the continuing blizzard, the headlights only making visible what was 20 feet ahead.

At 2 AM we turned right onto a hillside parking lot for a rest stop, the rear of the bus then got stuck on some ice where the driveway went uphill to the parking lot. Others from the cast will tell you differently, but it was me who suggested that we all get off the bus, go to the rear, and push the bus back and forth until the tires caught some traction. Everyone, except Peter Maloney (Bennings), who was sick and passed out from a touch of food poisoning in the back row of the bus, got out to push. We rocked the bus forward and back, the tires quickly grabbed some purchase of the road, and we climbed into the parking lot. I remember saying to someone, “I can’t believe Universal would risk millions of dollars (meaning our lives) by bussing us over a mountain in a snow storm”. Well I guess the show must go on!

Tired and a little traumatized, we continued on our way and arrived in Stewart, British Columbia at 5 AM. We were greeted by an excited and chipper John Carpenter who was totally unaware of the harrowing ride we had just survived. Now that was some real life excitement and terrific fun.

HL: Talk of a sequel will probably never go away. Do you think it would be possible to create something that could work? Or is The Thing the ultimate example of a story that had a perfect ending which should remain untouched?

JL: I saw the prequel, which revealed the events at the Norwegian Ice Station that led to its destruction and into OUR story. The movie didn’t work for me. The lead actress was excellent, and there were a couple of chilling images that haunted me, but there was so much CGI and their special effects didn’t touch the brash invention, immediacy, or imagination of our effects. I also felt our characters were more clearly defined and memorable (of course I’m biased). I thought the best sequence was when they used the footage from the opening of OUR film of the helicopter chasing the dog through the snow to Outpost 31.

I don’t know that a sequel or remake ever needs to be made. The 1951 version spoke loudly to movie goers about the paranoia of that time – Communism, the Cold War, and the nuclear race. That’s why it became such a staple of early science fiction movies. John Carpenter’s remake, going back to the original 1939 story, Who goes there? by John W. Campbell, is even more powerful than the first film. It successfully crossed genres as a psychological thriller, science fiction, and horror film. It’s the best remake that I have ever seen, hands down.

I mean, have you seen the newest remake of Ben Hur? … Why bother?

HL: Finally, what do YOU think happened to Fuchs? … Murdered with a shovel? Heroic Suicide? Ran away and is living happily somewhere hot?

JP: What do I think happened to Fuchs? Well, it was pretty obvious that I did not make the next transport to MacMurdo Station. Motive is the only question. Why would I go out alone into a freezing and dangerous night to discover who ran by the door while I was in the lab? Richard Masur (Clark), commented when we finished filming that I was the only character who acted selflessly, heroically really, in the movie, and died for my actions.

I’ll answer you with this. In my favorite Western, The Magnificent Seven, Calvera, the bandit, asks Steve McQueen why he would come all the way across the border to help a village of dirt farmers for no money. McQueen says, “I knew a guy in Texas once that took all of his clothes off and jumped into a cactus!” Calvera asks, “Why?” McQueen answers. “He said it seemed like a good idea at the time.” LOL … 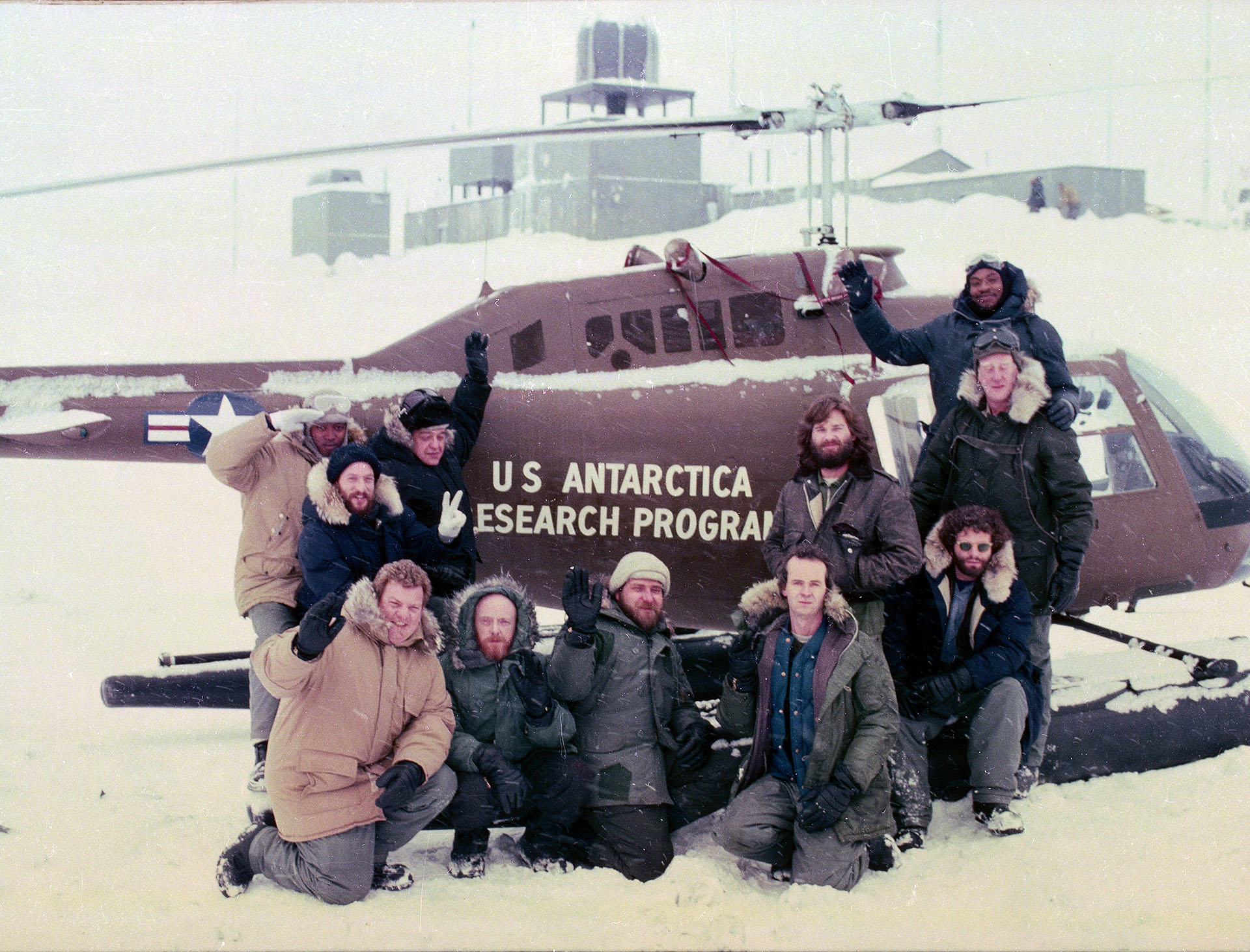 I want to say a HUGE thank you to Joel for agreeing to be involved. He spent a lot of valuable time working on the questions, and it was a pleasure to communicate with him.