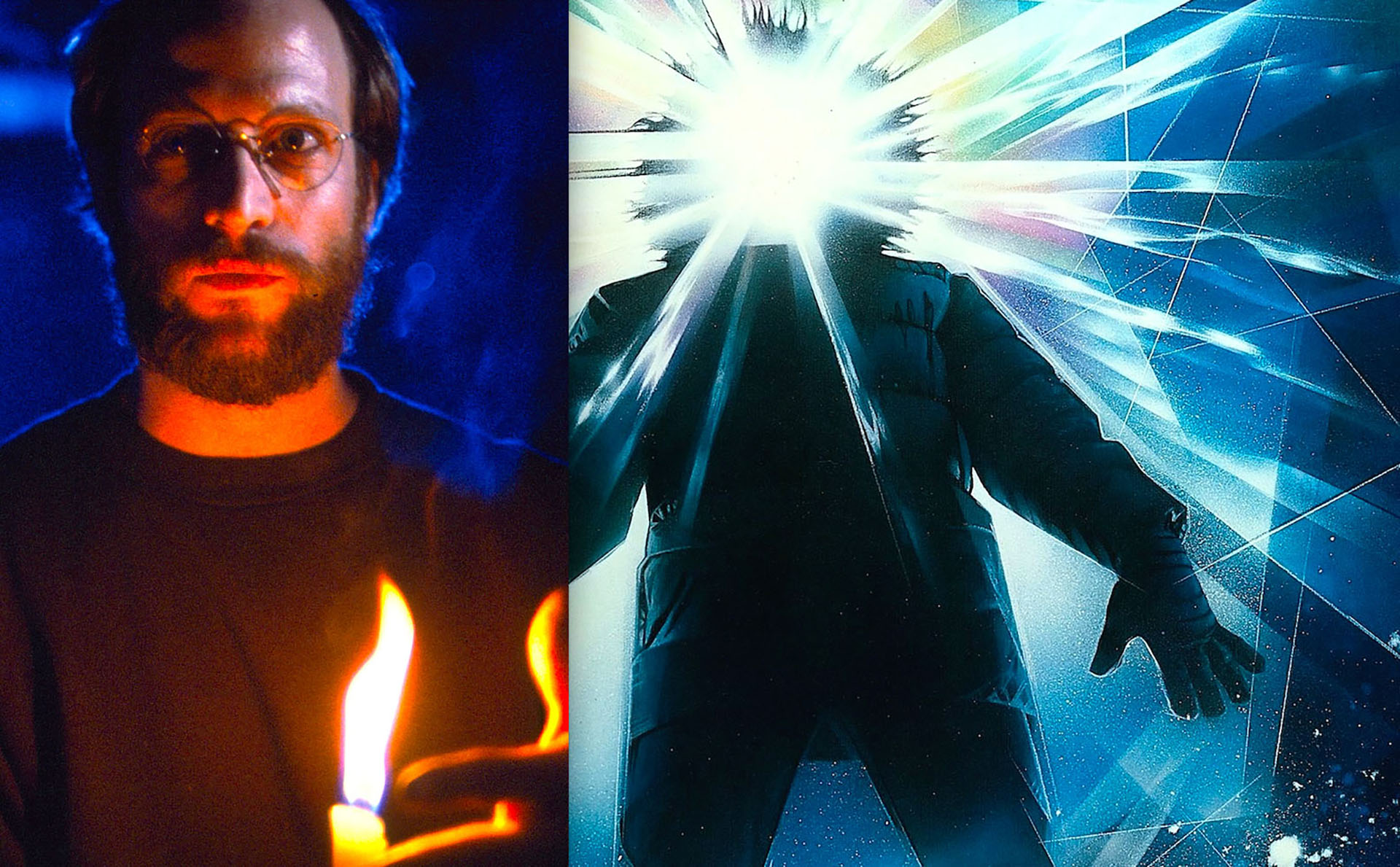 I’m going to keep this introduction short today, because what you are about to read below is just far too fascinating and awesome to be delayed by my urge to write ANOTHER love letter to John Carpenter. I could quite happily tap away on the keyboard and blast out two thousand words of worship right now! But that isn’t really why you followed this link, so I’ll save my detailed praise for the man and his movie for another day.

The Thing is, without question, one of the most perfectly structured horror movies ever made. Unappreciated upon its release, it was able to slowly creep into our homes during the early days of VHS rental, and from there the sheer quality contained within the film began to be noticed and rightfully celebrated.

These days The Thing is universally revered and studied by a constantly growing army of passionate fans, and I’m thrilled to be able to add my own contribution to the online treasure trove of information about the film, thanks to this interview I was lucky enough to set up with Joel Polis, who portrayed Fuchs.

Joel went above and beyond when it came to the time he spent answering the questions I sent his way, so much so that I’ve decided to publish this interview in TWO parts. It was a genuine pleasure to communicate with him, and I hope you enjoy reading this as much as I enjoyed putting it all together.

HL: First of all can you briefly tell me how you came to be cast in The Thing, and how were you feeling when the time came to travel to the set to begin work?

JP: I had been living in NY since 1977 and had begun to work off-Broadway and in the Regional Theater circuit around the East Coast, when in December of 1980 I got an audition through my agent for a remake of the 1951 Sci-Fi Classic, The Thing (From Another World). Having watched that movie on TV a dozen times while growing up (it scared the bejesus out of me, especially that scene where the dogs attacked the Thing in the snow and he was throwing them around like stuffed animals), I was completely stoked for the reading.

I went to some midtown location and met John Carpenter and producer Lawrence Turman, for a first meeting. It turned out that John, as a cinema student at USC, my alma mater, had actually seen me act in a student film (the only one I ever made), and he remembered me from a particular moment in the film. However, we really connected through an abrasive remark I made to him about his not ever having directed in the theater and, God Bless him, he smiled at my brashness. Lawrence was appalled at my choice of language and I’m sure just wanted me to leave, but I am convinced that my moment of cockiness won me the part. Anyway, he called me back and I don’t remember what scene I read, but after the callback was over I do recall re-enacting the reading in my head twenty times as I walked home through Central Park, convinced that I had blown my chance of being in the movie.

John had other plans for me.

Returning to Los Angeles for the first time in 8 years to begin filming, I spent 11 weeks shooting at Universal Studios in the blazing heat of late summer. (Of course, we shot on an air-conditioned sound stage where the ambient temperature was lowered to 40 degrees.) Suffice to say, I was in heaven. Surrounded by an astounding collection of accomplished actors, whose names, except for Kurt Russell, had not yet become famous. I spent part of August, September, and the beginning of October filming the movie. It was a memorable and happy time for me, from start to finish.

HL: How would you personally describe Fuchs as a person/character? What were his strengths and weaknesses?

JP: The character of Fuchs was described by screenwriter Bill Lancaster as intelligent, sensitive, and unassuming. John cast me because I fit the description, or at least could act it. LOL. Fuchs is a biologist, devoted to his post-graduate research while assisting his mentor (Blair) in the rarefied venue of the Antarctic.

He’s driven as a scientist, curious, detail oriented and intense. All of the characters personalities are revealed by their behavior in the deadly circumstances of the alien’s invasion of Outpost 31, and Fuchs desperately works to discover the possible behaviors and weaknesses of the intruder. However, he forgoes discretion and allows his curiosity to lead him to his own death.

HL: Were you able to observe much of the work and preparation that went into the incredible practical effects that have made The Thing such an iconic movie? And as someone who was around them so closely, was it obvious that they would ultimately ‘work’ so well when the movie was seen in a completed form?

JP: The work of the genius man-child, 23 year old Rob Bottin (a strapping, hirsute, bear of a boy), was given great attention and respect on the set at Universal during the filming. We were not necessarily invited to watch the work, but were not discouraged either, to my recollection. Rob, John Carpenter, and Dean Cundey the cinematographer (who developed new ways of using the camera and footage to create some of the spectacular effects), were painstaking in their attention to detail. Rob was always painting the creatures, touching them up, refreshing the goo, spraying mineral oil on them, and pumping “fog” onto the sets. I remember Wilford Brimley, in his inimitable way, telling me that the movie was about “rubber and steam”, a laugh floating just under his gruff pronouncement.

Some of the effects were revealed in our presence and some not, so that we, as a cast, had different amounts of information about what was being created depending on what scenes we were in. For instance, I seem to remember being there for the dog’s face exploding open like a slowly spinning orchid. We were astonished. Also, I was there when Norris (Charlie Hallahan) was being defibrillated by Doc (Richard Dysart). His torso cracked open and became a set of teeth that bit off Doc’s arms. That was a real moment for me. They had found a double amputee that was made up to look exactly like Richard Dysart, and as he pulled his arms out of the creature’s mouth, two fake forearms were pulled off the stunt double’s arms and remained inside the creature while geysers of blood erupted into the air as he fell backward in pain and horror. It looked as real as it could get.

As for whether the effects were going to work on the screen as planned. I remember an interview with John where he said that when they watched the Norris head sprout legs after the defibrillation scene and scurry away from the danger in the room, (to which Palmer utters in amazement, “you gotta be fucking kidding!”, the biggest laugh in the film) he KNEW the effects were going to work, and breathed a great sigh of relief.

The production team was really creating new ways of filming, editing, designing and building the effects, finding their way as they went. A lot of it had never been done before, but John had implicit confidence in Bottin’s imagination and work ethic and, of course, that is one reason why the film continues to age well. I have always admired Carpenter for being willing to indulge Rob and his effects team, believing that from the mist and chaos of the creative mind, practical invention and art would evolve and thrive.

HL: It’s well documented that The Thing received a lukewarm response when it was originally released. Then as the years rolled by, the sheer quality within the movie started to be noticed, appreciated and respected. Now, many consider it one of the best horror/monster movies ever made. Did you personally notice and follow this gradual rise for the film? And did you expect it to arrive based on your exposure to the hard work everyone put into the production?

JP: The opening of the film was, quite frankly, a real let down for me. It was rushed without much fanfare or promotion to wide release because Universal had another movie that was supposed to open that weekend but was not ready. We were … so they pushed us into the weekend following E.T.‘s history making opening, which was also the weekend before Poltergeist was set to open. The result was disastrous. We were reviewed very coldly and faded from the marquees quickly.

I was bewildered by all of it. This was my first big movie and I was unfamiliar with movie marketing and promotion, we seemed to have just simply disappeared. Years went by and I got on with my career. I moved back to Los Angeles from New York, and slowly I noticed that The Thing was working its way into a cult classic status. And when the convention circuit for horror and Sci-Fi movies started to grow, I was invited to attend my first “Monsterpalooza” in Los Angeles. That’s when I really came to understand what a popular and seminal film it was, and why.

Now, after 35+ years as a career actor, my appreciation for the movie, for my wonderful cast, crew, and director, and for the entire experience continues to grow. I consider The Thing one of the most fun and creative projects that I have ever worked on, and I still remain friendly with many from the cast.

Make sure you return to HL later this week to read the second part of this exclusive chat with Joel. Until then, stay safe, and keep it horror!