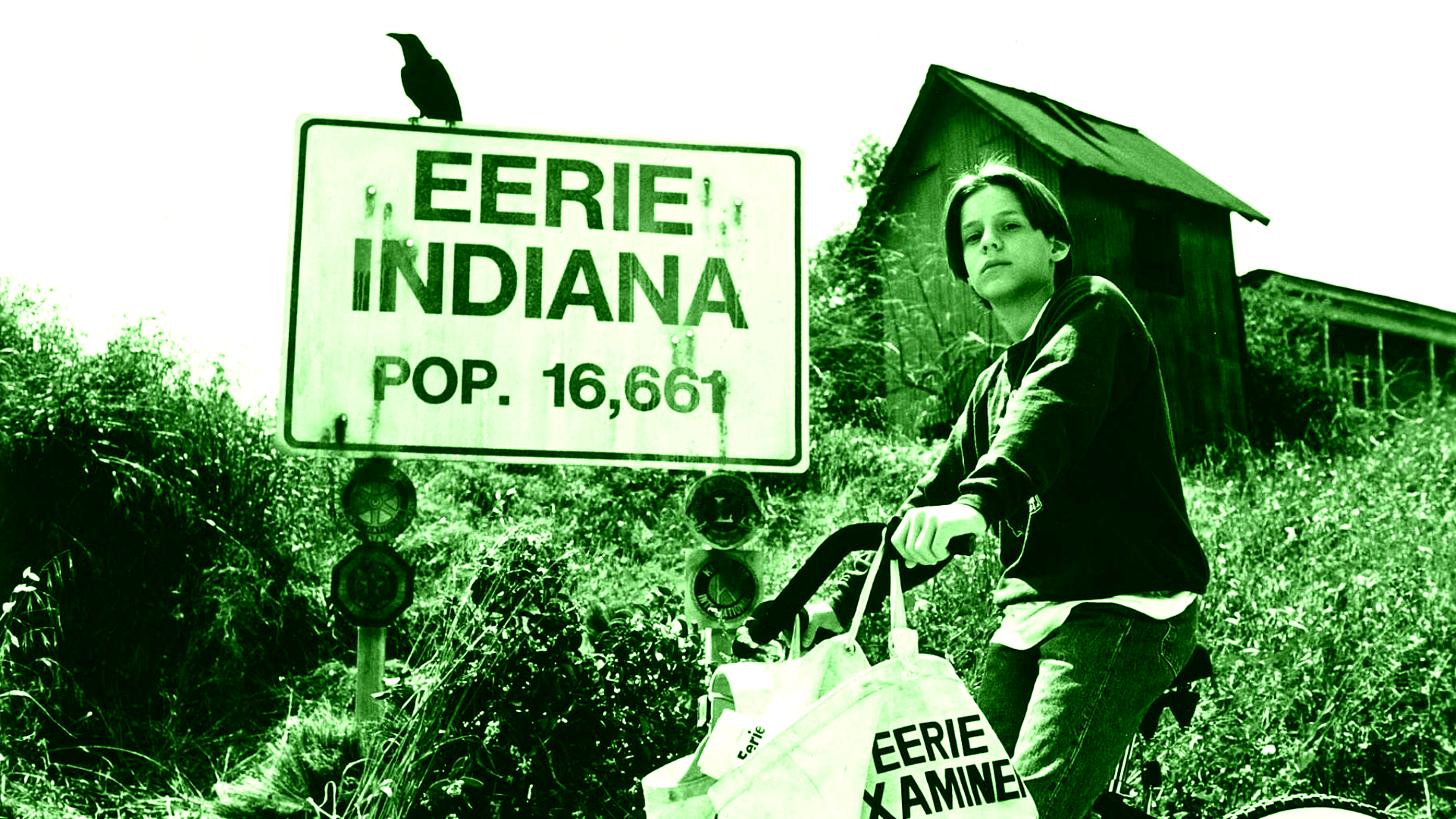 Revisiting a beloved show from your early childhood can be a wonderful stroll down memory lane.

Or, it can end up being a frustrating trip into the questionable tastes of your youth.

Today I would like to share with you my thoughts on one such show I chose to re-watch, almost 25 years after I had originally watched it, Eerie, Indiana.

The show first aired on NBC just in time for the Spooky Season, September 1991.

After the original airing of 18 episodes (where the 5th episode was omitted from broadcast), it re-ran in syndication on The Disney Channel and the 5th episode, previously unseen, was added back to the roster. In 1997, the series re-ran in its entirety again, this time on the popular Fox Kids Saturday morning block, which is when I would have seen and remembered it since I was too young to remember most things in 1991 and too poor to have the Disney Channel in 1993. 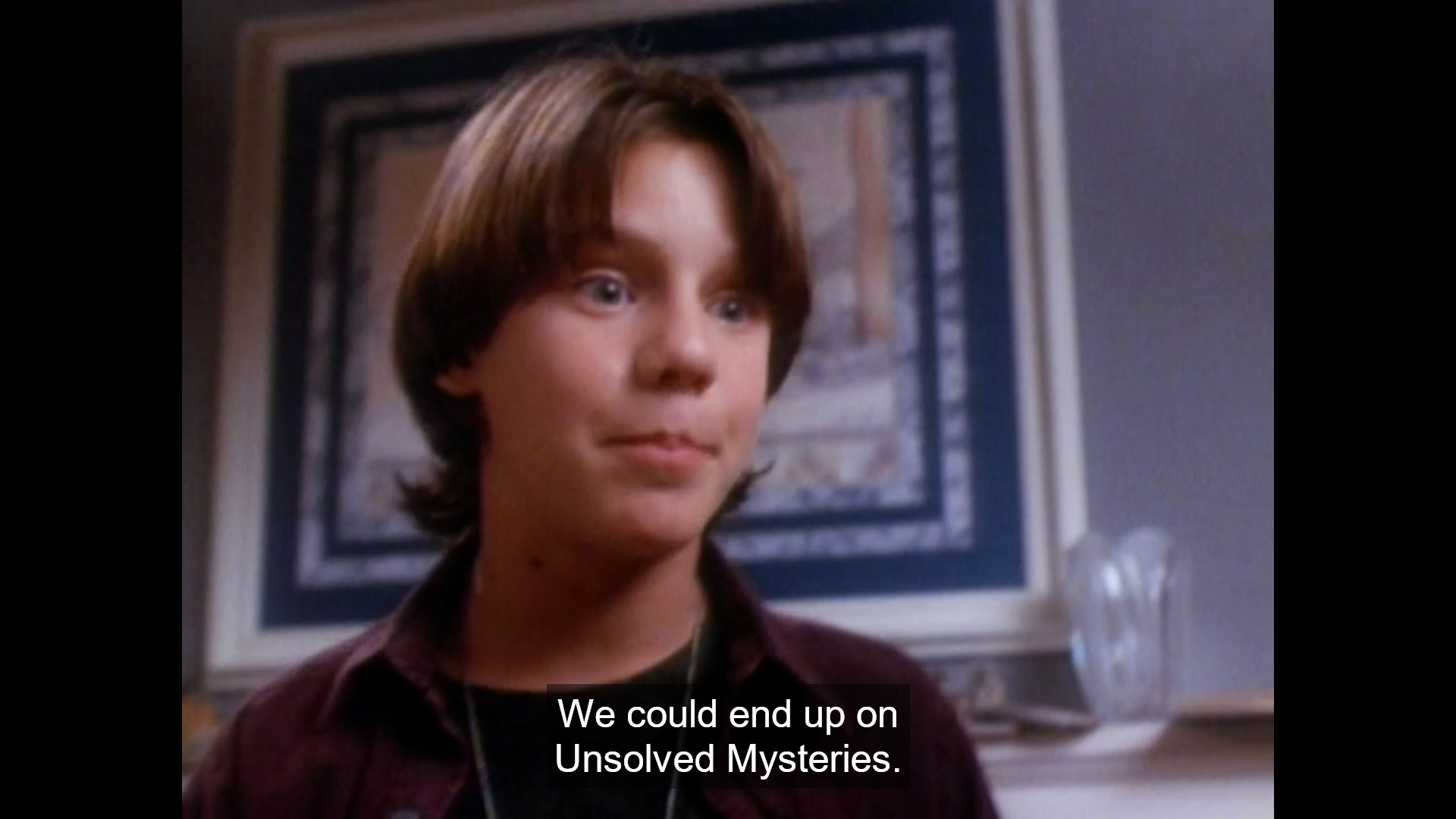 The only thing I remembered about the show before rewatching it is it was less horror than Goosebumps or Are You Afraid of the Dark and more quirky, weird, and well, eerie. I was really into aliens and paranormal mystery at that age and it seemed like a kid-friendly X-Files or Outer Limits made just for me.

I loved the sidekick character as a kid, he was always down for anything, but I couldn’t remember his name (it’s Simon). I did remember Marsh’s (the main character’s) mother and I shared a name. It’s very weird to hear your name so much coming from the TV. How do people with more common names deal with that?!

Re-watching it was a lot of fun, at first.

I enjoyed the storytelling and the show’s ability to mix the surreal with the real. There is a multitude of “visual gags” and esoteric easter eggs throughout the show that I was able to appreciate this time around that my 10-year-old brain would not have noticed or understood. I wonder how many I missed this time around too? I could spend another entire rewatch just looking in the background!

The writing and plots are easy enough to understand for the kiddos but every episode has something that went *woosh* right over my head when I was a kid. Especially the references in every episode to old movies, music, TV shows, and books all from the horror, science fiction, or mystery genre. 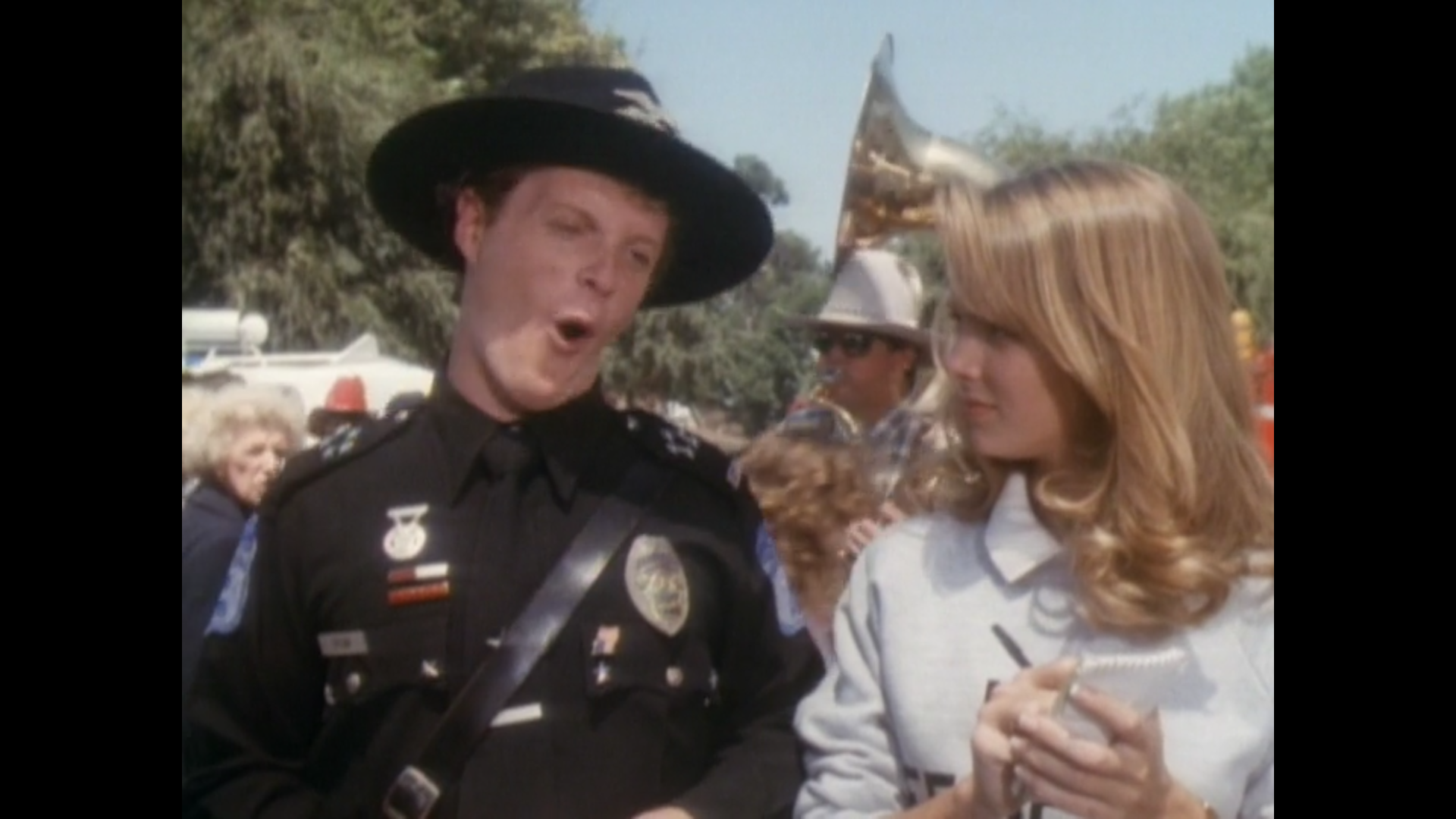 I understand these references now, of course, having obsessively sought out and consumed popular media of those genres for most of my life at this point. However, when it was airing and I was 10, I was really just starting to get into seeking out those types of stories on my own instead of just the stuff my family was showing me.

if you count the one which did not air during the first network run, the series was re-worked to include Jason Marsden’s “Dash X” who I absolutely hate as a main character. He would have been okay to be in his premiere episode, where he is part of the mystery itself, plus maybe a background player in one or two more episodes. I just think he ruins the mood of the show in the final 6 episodes.

The character of Dash-X is mean-spirited and sabotages the fun and mystery I really enjoyed about the show. Jason Marsden really over-acts in a way that is distracting and his gravelly Batman voice gets on my last nerve. I’ll say after comparing the first 13 episodes to the final 6, a significant portion of the charm is gone with Mr. Negative-Positive-Minus-Plus-Dash-X around. 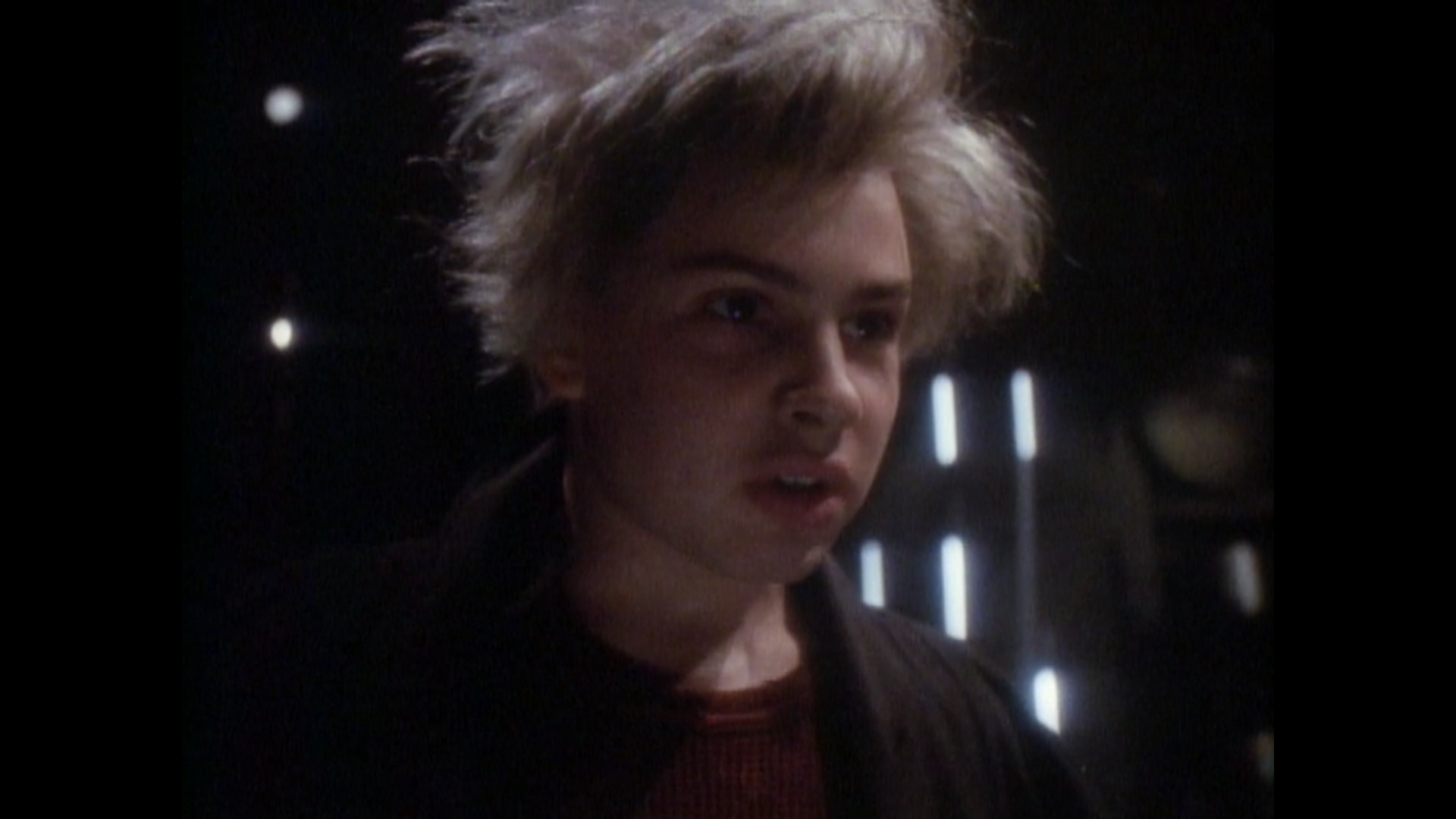 I was unable to find a clear reason why the episode that didn’t originally air was kept off the screen on October 13th, 1991, but it’s a really heavy episode and I wonder if the subject matter or possible world events prevented it from being shown on-schedule. I did some digging trying to find any world events or major crimes that may have happened in the weeks leading up to the scheduled broadcast but was unable to find anything that gave me an “Ah-ha!” moment. Maybe instead the timeslot was given to a very special episode of another show or a one-off Halloween kids special of some kind?

and it is about classmate and friend of our regular characters, Todd. Todd is the modern, early ’90s, tween son of an out-of-work farmer who, a year after losing their farm and being unable to find supplementary work, had begun to take out his frustrations on his young son in the form of relentless verbal abuse. Much like I am sure his father did before him.

Marsh introduces Todd to a Pit Bull Surfers album (I believe this to be a play on Butthole Surfers but have nothing to verify that claim as this episode was written 5 years before they had a huge hit outside of the Texas avant-garde rock scene), which contains the song “Eardrum Lobotomy.” With lyrics like:

“No one understands you. No one digs your dream. Just crank up the music, don’t want to hear your parents scream. What you need is an Eardrum Lobotomy, yeah yeah yeah!“

This really resonates with Todd and his parental issues, so he takes the album home. 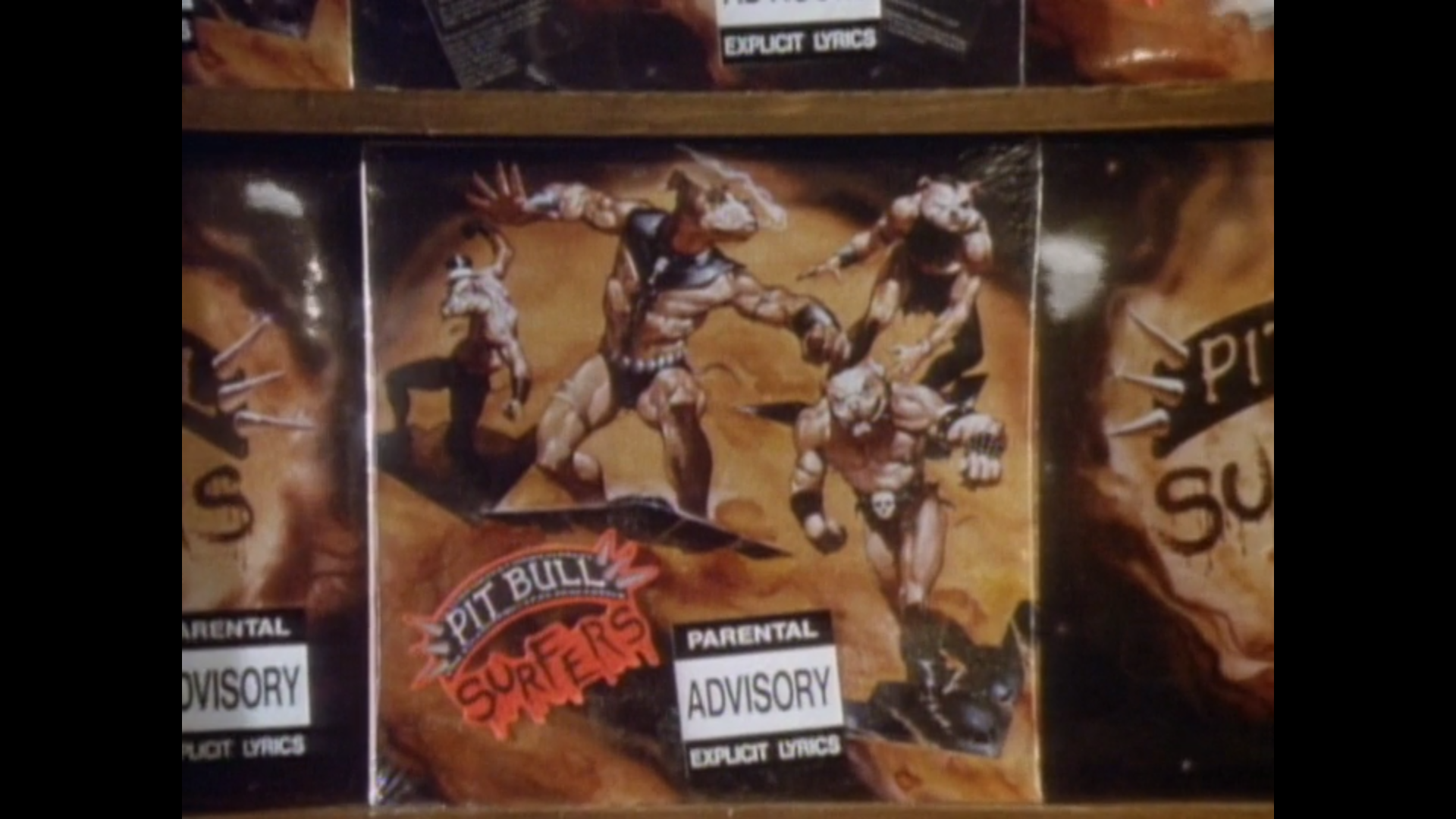 Marsh tells his young friend Todd (who’s really getting into the band The Pit Bull Surfers at this point) that Marsh doesn’t take the band very seriously due to “all that dumb Nazi stuff” and it’s just good music for mindless headbanging to help alleviate the aggression of their 12-year-old lives. It’s never elaborated on, but I like to think that because of their distaste for parental control, Pit Bull Surfers have several other songs about being against authoritarian ultra-nationalism and dictatorial power. 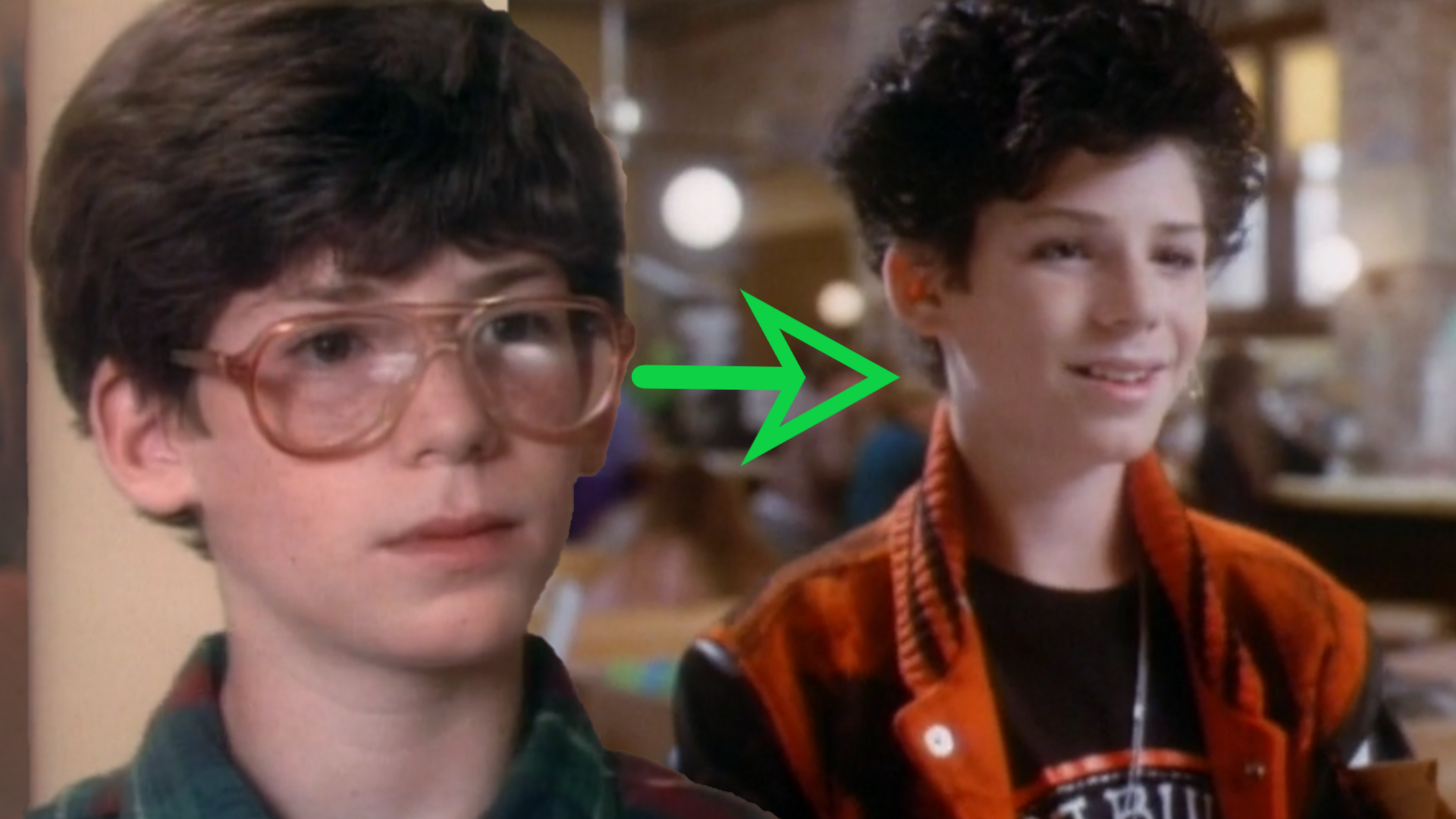 Then later in the episode, Todd’s father calls all rock music “Communist Liberal garbage” and that everyone knows messages are embedded in rock music, and “those people hide their intentions.” Once the message about parental abuse having a dramatic impact on a child’s demeanor is well-established, we enter the climax of the episode.

Todd steals and then crashes a dairy truck because like most 12-year-olds, Todd doesn’t know how to drive. It is mentioned that Todd gets quite banged up in the crash, but the fear of his father has him up and moving around in just minutes. Todd’s ex-farmer father has a huge anger explosion where, in an attempt to prove hidden messages in music are what is making his child misbehave, not his bad parenting and verbal abuse, he plays the records backward, and learns a valuable lesson.

Broken Record is a pretty good episode, but certainly not the best one of the first 13.

After re-watching the entire series twice,

once for fun and once for when I decided to write this article, I would say I highly recommend it. If you’re a first-timer or you would be re-visiting the series it’s worth the time. If you have children who are into the weird and wacky, I imagine watching it with them would be a blast!

There’s a spin-off series from 1997 called Eerie, Indiana: The Other Dimension, as well as several young adult paperback novels, written around the same time as the spin-off, taking place in the Eerie universe that I really want to check out.

I would like to end this retrospective with a nugget of wisdom that would have flown over my head at 9 but really spoke to me as an adult:

“Do not trust a dude with a ponytail whose first name is ‘The.’“

As always, I would like to know what you think! Did you watch Eerie as a kid? Have you re-watched it as an adult? Have you introduced any kids now to it and if so, did they think it was dated? Please reach out to me on Twitter if you would like to talk about the show and let me know!