If you search for DayZ reviews, you’re going to discover that A. many sites simply omitted reviewing the game at all (probably because they didn’t know how to), and B. of those that did review the game, they didn’t review it very favorably. I first noticed this when I was downloading the game, especially on console, how poor the ratings for this game were.

DayZ is quite a unique game, and it is definitely not intended for everyone. In fact, this game is really only for a very specific kind of hardcore gamer. It’s not for casual gamers or even the average gamer. This game is a survival simulator, where you’re more likely to die from starvation than you are from a zombie attack. It’s like trying to play other games on Insane difficulty.

The creators probably sum it up best, and this is more of a warning than it is marketing copy:

“DayZ is an unforgiving, authentic, open world sandbox online game where each one of 60 players on a server follows a single goal – to survive as long as they can, by all means necessary.“

Additionally, the game is persistent, so as long as you can survive, you can continue building up your gear: weapons, ammo, food, clothing, etc. The “unforgiving” part is especially true if you’re just jumping into the game all alone. It’s a very jarring and confusing experience actually. You’ll be running around for a long time and rarely find anything useful (that is if the area hasn’t already been picked clean by other players).

Your biggest enemy is the environment: rain, cold, shelter, food, water, stamina, etc. You can actually get sick from staying in wet clothes for too long. Running into zombies and other players is far and few between, but if you’re spotted by either, they can kill you very quickly and easily.

Zombies are of the 28 Days Later variety, meaning that they don’t just shamble toward you, they sprint after you. If you run into other players, it’s possible they’ll leave you in peace if you do the same in return, or possibly, you could even join forces to help each other survive. However, if they’re hostile, your best chance is to run. They’re likely more experienced than you, with better weapons.

This game is pretty cool actually, but it doesn’t create fun for you; it literally throws you into a sandbox and it’s up to you to create your own fun. Most people don’t want to work that hard to have fun in a video game, and that’s why most people jumping into a game like this are understandably pissed, confused, frustrated, and because they can’t get a refund, head for the reviews section to give the developers a piece of their mind. This is a perfect example of the 80/20 rule, because the game has millions of loyal players.

So, before you spend $30-$50 on this game, make sure it’s your cup of tea. And if money’s no object for you, do your research anyway to at least spare yourself the wasted time and to spare the creators some more bad reviews from people that really had no business playing this game in the first place.

It’s difficult to encapsulate just how difficult the game is and how long it takes to build things up, mainly because everyone’s first day is going to be a little different, but this is a fairly decent video that helps illustrate my point:

You’ll see lot’s of other cinematic and gameplay videos on YouTube, but these are showing all the best bits (without the endless running around in-between), and a lot of these videos are by professional gamers who have already spent countless hours on the game; it’s very misleading. While it’s possible to get to a point where you’re hunting, setting up camp, having campfires, driving cars, and shooting machine guns, it takes a very long time to get to that point, and if you die before then… you lose everything and start all over. That is without a doubt the most polarizing aspect of the entire game.

I’m going to keep trying myself, because it looks rewarding (eventually), but you’ve been warned.

Snaps of My Journey Through the Game (so far) 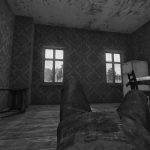 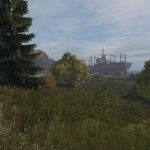 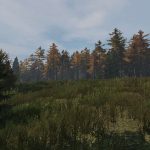 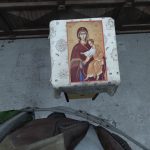 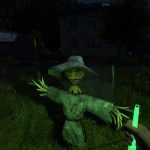