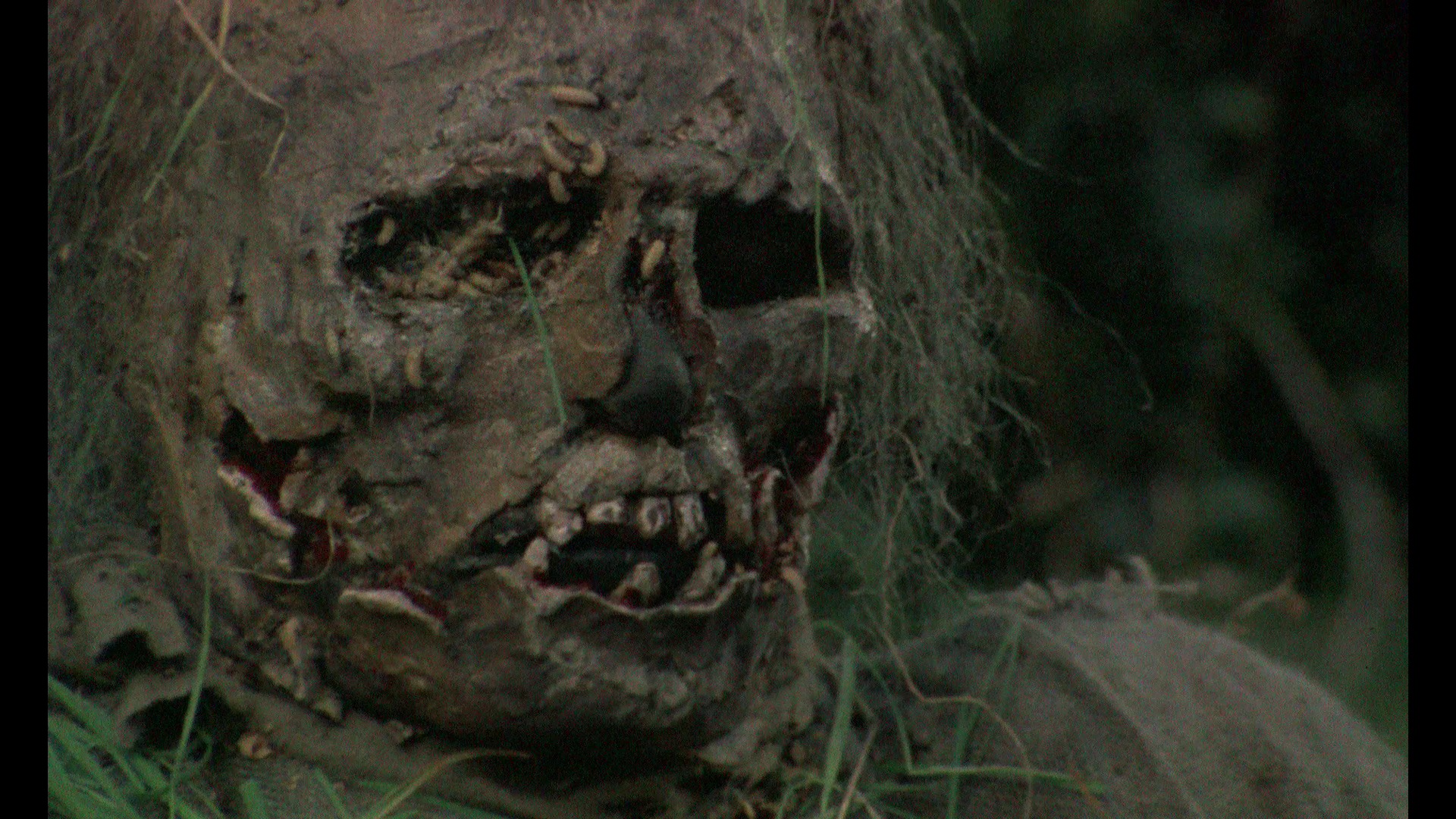 Burial Ground (1981) could not get more Italian if it tried. I recently revisited the film by watching Severin’s remastered Blu-ray of the classic, and it is exactly how I remember, though it looks far better than it did on the VHS tape I originally watched it on decades ago.

If you have not seen it, three words sum it up quite beautifully: nudity, zombies, and incest.

It seems like this film exists only to show breasts and gore, and while there is not anything inherently wrong with that, I do like a story to hold those things together. There is one here, but it is not delved into and can be missed if you blink. The “plot” is that a professor opens a crypt, unleashing zombies. Before his unfortunate discovery, he had invited three couples to come see him at the mansion.

They show up and are also attacked. One of those couples is newly married, and the woman has a son (really played by the small actor Pietro Barzocchini) who has an unhealthy attraction to her. During all of this, people get naked and have sex, and they get killed in various gruesome ways … all to fulfill the “Profecy of the Black Spider,” as revealed at the end. (The film was also called The Nights of Terror, which makes sense when one reads the “profecy.”)

Today’s current crop of zombie fans all seem to have one thing in common: they have not watched ’80s Italian zombie films. Honestly, if you have not delved into those (and there are many), how can you call yourself a zombie fan? You can’t. It’s that simple. You need to start somewhere, and here is as good a place as any despite the film’s problems.

Incest, gore, and some great quotes help make this movie stand out. The zombie make-up, however, is best left in the trash bin. It is all over the place and ultimately makes no sense in the context of the film. However, that’s a small complaint against this cult classic.

It has earned its place in zombie film history despite that … and despite the fact that few of today’s audiences have seen it. With Severin’s remastered version of the film out there, I hope this changes. It may not provide the thrills of The Walking Dead, but I guarantee you’ll get some enjoyment out of it … more so than you did with World War Z.