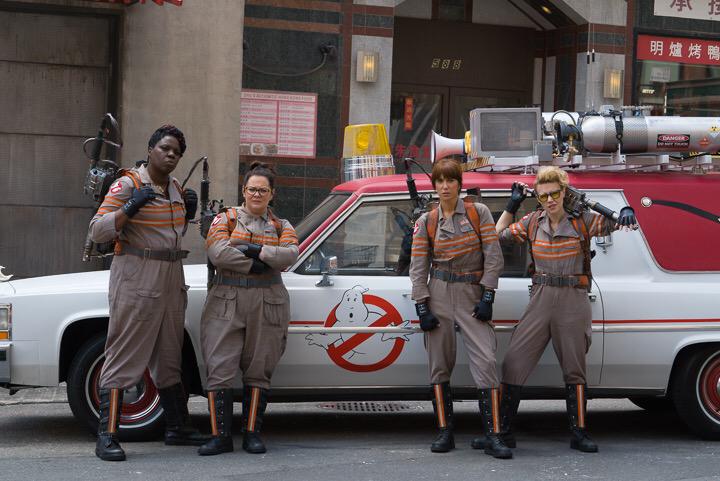 With the successes of films like The Hunger Games and Divergent, the burst of the “strong female lead” has been one of the most wildly discussed and debated topics in cinema. Citing examples like Buffy The Vampire Slayer and Black Widow of The Avengers, there are many that believe this is one of the best times in history to be a film loving female. However, these strong female leads are often individual portrayals “defeating the odds” amongst a boys’ club. These strong female characters are great, but they’re usually presented as special snowflakes, rather than the norm.

All too often we see women talking about how they “hate girls” or “only have guy friends” or claim that they’re “not like other girls.” The sense of camaraderie for girls isn’t encouraged the same way it is for the boys. Historically, if you think of the most popular films about groups of girls, it’s often portrayals of girls fighting amongst each other. Mean Girls, Heathers, and even the crucial conflict in The Sisterhood of the Traveling Pants are all focused on girls tearing each other down to make themselves feel more important. Whereas boys are given things like Fast & Furious, and Superbad which tend to focus on the “brotherhood” of male friendships. Growing up is hard for everyone, but growing up as a girl is a downright battlefield. Media influences paint a picture that girls are constantly in a battle with one another to be the hottest, fastest, and most popular. It is for this reason, that girls often get it in their mind that it’s every woman for herself.

Ghostbusters are a beloved franchise, so the accessibility of the new film is surely going to be a big one. I doubt it will reach the cartoon spin-off level of accessibility achieved by the first one, but this is a film that will be plastered everywhere. For an entire generation of girls, this very well be the way they are introduced to the Ghostbusters. Egon, Venkman, and Raymond are three of the most iconic characters in film history, and it’s only assumed that the newest batch of Ghostbusters are trying to catch that lightning in a bottle. While the decision to cast an all-female team says a lot of positive things about women’s representation in film, the respect for female comedians, and a positive step for female casting in general, the most important word in their description is “team.”

The 2016 Ghostbusters film is going to show a group of four women working together (presumably) to fight some sort of paranormal creature and save the world. Strong female roles are important, but strong bonds between women are just as important. It’s hard enough to see groups of women joining forces together in any genre, let alone science fiction or horror which is notorious for just throwing in one girl to fight it all on her own. This isn’t going to be a film about one woman defying the odds or a token lady superhero serving as eye-candy for the men to do the dirty work. No. The new Ghostbusters is going to show a new generation of girls that they don’t have to be one-girl revolutions, but that they can work together to do absolutely anything.