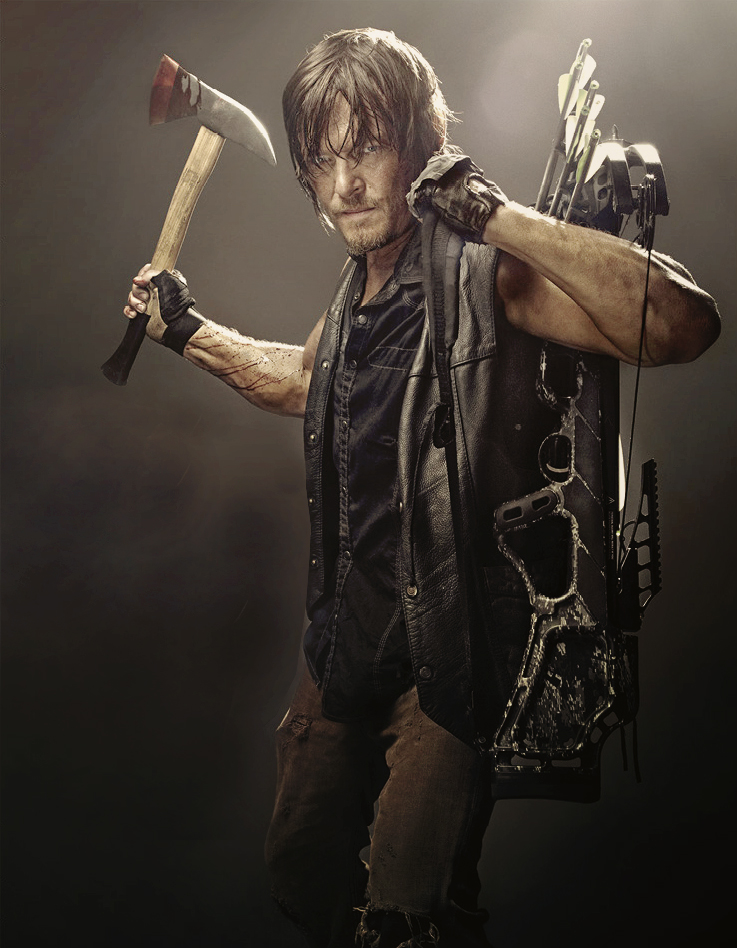 In addition to the Academy Awards and the second to last episode of HBO’s phenomenal show True Detective, last night also saw the premiere of The Walking Dead‘s latest episode, which has proven to be an incredibly polarizing one.

And when I say polarizing, I mean that most fans of the show seem to have totally hated it.

I’ve seen countless fans bashing the episode on all forms of social media today, which kind of surprises me, given that I thought it was one of the stronger episodes we’ve seen this season.

The episode entirely centered around Daryl Dixon and Hershel’s ‘other’ daughter Beth, who have become somewhat of a zombie-killing duo, in the wake of the gang’s forced ejection from their cozy prison. Beth has no idea if her sister Maggie is still alive, nor do they know if any of their friends survived the attack, and the greasy-haired badass and the blonde-haired songbird are just doing their best to do the only thing they can really do; survive.

Just like the previous two episodes of this second part of Season 4, last night’s episode was slow as molasses, and nothing really happened, at least as far as the bigger picture is concerned. This episode in particular was about things other than the zombie apocalypse, such as Beth’s thirst for booze and Daryl’s inability to let go of his traumatic past.

And ya know what? It’s precisely the kind of episode a show like The Walking Dead needs, from time to time.

Ever since the start of the show, there’s been this horror fan backlash against it, with many unable to get past the fact that there’s just not enough zombie action. Some have even humorously dubbed the show ‘The Talking Living,’ in lieu of the fact that it tends to focus on the survivors a whole lot more than it does the titular Walking Dead.

Maybe it’s just me, but the reason I personally watch The Walking Dead is not because of the zombies, it’s because of the story, and the characters that fill out that ever evolving story. Above all else, the show is a character driven one, and if you’re asking me, that’s precisely what makes it so good.

Sure, nonstop zombie action would perhaps make for a more fun and exciting show, but as we’ve seen in countless zombie movies that focus on the zombies rather than character and story, zombies alone do not make for a solid piece of entertainment. Sorry, but it’s the truth.

The best zombie movies, like the ones George Romero churned out early in his career, are surprisingly human – focusing on human relationships, human problems and human drama – and in following Romero’s lead, The Walking Dead has allowed for itself to be the most riveting piece of zombie entertainment in the last several decades.

Again, it’s the characters that drive the show, and that’s why it’s so important that they pepper in ‘slow’ episodes like last night’s. Every season has them, and to call them ‘boring’ or ‘filler’ is kinda missing the entire point of the show. If we don’t care about the characters, nothing that happens to them means anything, and I feel that the writers have done an incredible job of truly making us care about them, which is what keeps me coming back every Sunday night.

I don’t think anyone will argue with me when I say that Daryl is the most interesting character on the show, and I thought it was a brilliant move to devote an entire episode to learning more about him. Sure, we didn’t learn much about his past that we couldn’t already figure out, but it was really nice to see him show emotion for once, and get that glimpse into what’s going on in his head. Daryl is an even stronger character in the wake of last night’s episode, and that right there is why the episode was anything but ‘filler.’

As for Beth, I also enjoyed getting to know her a bit, since she’s a character that’s kinda been in the background over the seasons, never doing or saying all that much. Up until last night, we knew very little about who Beth really is, and I can’t think of a single reason why we shouldn’t all be happy about the fact that they took some time to develop her character.

Sure, on the surface her pursuit for booze may seem kind of silly, and I know many fans were unhappy about the whole episode centering around that hunt, but the way I saw it, it really wasn’t so much about the booze as it was her need to experience the things a normal girl of her age is supposed to be experiencing. The alcohol was merely the symbol of that, just as the hunt for Sophia was a symbol of the group’s desire to find some small glimmer of hope, amidst all the death and destruction.

Ultimately though, it’s an episode like last night’s that will make us care when Beth meets her end, which is really what makes the episode – as well as all character heavy episodes – so important. Call these kinds of episodes slow, and call them boring, but without them, The Walking Dead is just another lifeless hunk of zombie fare, and it’s for that reason that we should all be thankful for the downtime.

Yes, The Walking Dead is indeed more about ‘The Talking Living,’ and that’s why it’s so good. I’m not saying you have to like it, or agree with me, but I find it kind of odd when fans hate on the show for taking its time, and developing those characters. You want less story? You don’t care about characters? Go rent any one of the dozen zombie movies that go direct to DVD every single week. Maybe then you’ll realize how lucky all of us horror fans are, to have a show like The Walking Dead in our lives.

Besides, Daryl ate a fucking snake… what’s not to love?!