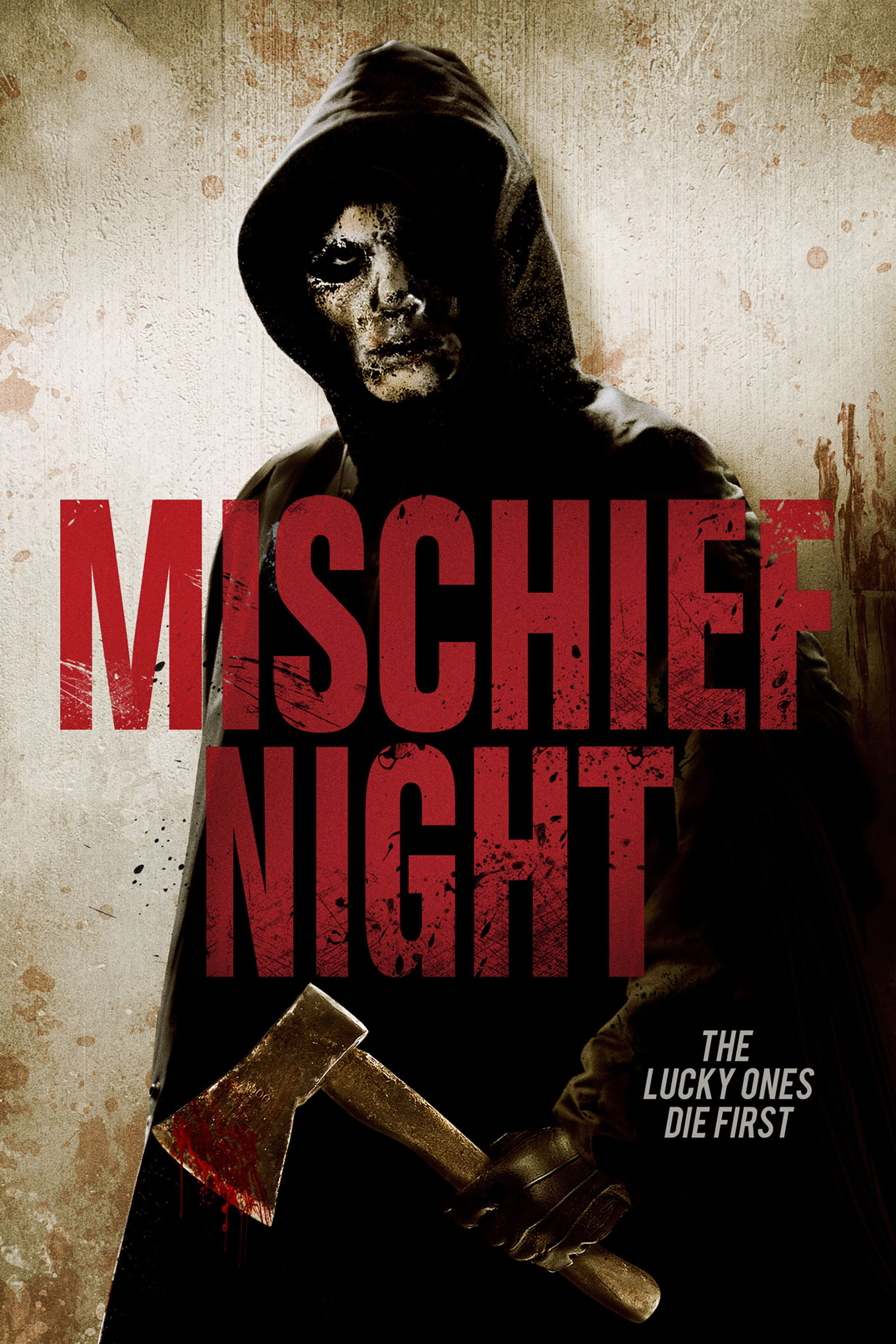 If you took away everything that made Scream the movie that it was, you’d be left with precisely the sort of generic horror movie that Scream was poking fun at, and that’s pretty much the best possible way I can describe the movie I watched tonight.

Released at the tail end of last year, that movie is called Mischief Night, and though this post was originally intended to be a review of said movie, I ultimately decided that there’s little point in writing such a post.

Centering on a blind young girl who’s the target of a Halloween Eve home invasion, Mischief Night is about as generic and by the numbers as horror movies get, and I could spend at least 2,000 words tearing it apart, if I was so inclined. I could rip on the horribly annoying main character, the terribly dull killer and the eye-rolling way the movie turns out to be a 90-minute anti-texting and driving PSA… but again I say, what’s the point?

Personally, I find absolutely zero point in ripping apart one generic horror movie when there are so many others out there. The problem here is not that Mischief Night is bad – which it is – but rather the problem is that filmmakers think us horror fans are just way too stupid for our own good, which is why movies like Mischief Night continue to get made.

Halfway through the movie, when yet another character did yet another totally idiotic thing, my wife turned to me and asked me if I was offended, as a horror fan, by what I was watching. ‘What do you mean?’ I asked, to which she clarified by asking if I was offended by the way that so many filmmakers treat fans like myself as total idiots, by regurgitating the same bullshit ideas over and over again, and expecting us to fall for it… over and over again.

Yes. Yes I am. And you should be too.

Quite frankly, it amazes me that nearly two decades after Scream pointed out and poked fun at the inherent tropes of the genre, and a couple years after Cabin in the Woods more or less demanded that horror filmmakers start thinking outside the box, people are still making those same formulaic horror movies, and continuing to look at us fans as total idiots who will buy and support any movie that boasts a masked killer chasing around a cute young girl.

Sorry. But you’re just gonna have to try harder than that.

Obviously, given that I write about them for a living, I absolutely love horror movies. Always have and always will. But when I watch a movie like Mischief Night, I can’t help but hate the genre as a whole, and understand why so many non-horror fans have so much fun poking fun at it, by shouting at the screen when characters continually do stupid things, and rolling their eyes when everything plays out exactly like they had figured it would. And it’s because I love the genre so much that I hate feeling the way that I feel right about now.

The brilliant genre dissections that were Scream and Cabin in the Woods forever changed the way I watch horror movies, and I only wish that they also forever changed the way people made them. It’s enough already. Stop doing the same things. Stop with the stupid characters. Stop with the dead cell phone batteries. Stop with the lame masked killers and stop with the cars that won’t start, at the one time that the person holding the keys needs them so badly to start. Stop splitting up characters, when danger is clearly right around the corner. Stop painting by the numbers, and coloring in between the lines.

Just stop. And start being original for a change. Whether you’re making a remake, a sequel or a movie that’s all your own, just give us something other than more of the same. Now that all the genre tropes and formulas have been exposed and lampooned, it’s time to disregard them, and start from scratch. Yea, I know. It’s just so easy to make a formulaic horror movie, because all you have to do is plug your own two-dimensional characters into that formula, and voila, horror fans will flock to see you. But enough is enough. And it’s time for a change.

So yea. That’s my review of Mischief Night. Can you tell that I didn’t like it?

In closing, I urge you to watch 1967’s Wait Until Dark instead, which effectively pulls off the whole blind girl/home invasion thing. Now that’s a movie worth seeking out.