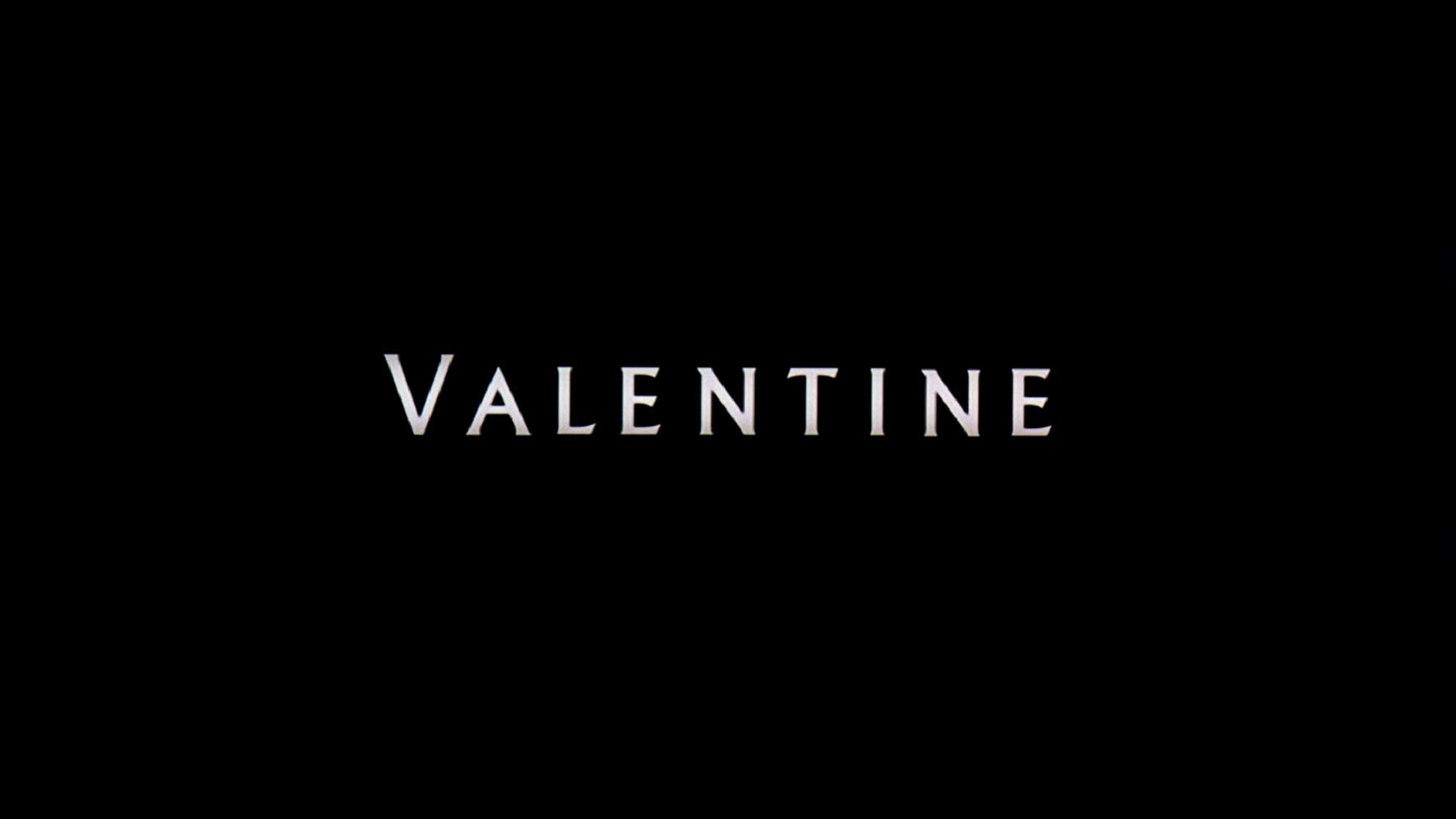 Do you remember this movie?

I think Valentine pretty much disappeared within a few years of its release, but I did find some fans out there while researching on the web. I remember when I saw it in theaters. February 16th, 2001, with a large group of my friends.

Weekly movie theater night was a big thing at my middle school, I’d say at least 50 kids descended on that theater once a week for the entire school year. Sometimes I would see a movie, sometimes my friends and I would just walk around the area of the theater eating fast food and playing DDR at the arcade.

During Valentine, we were laughing and cracking wise the whole time. The theater was otherwise empty so nobody complained about our youthful shenanigans (unlike the time we saw Dungeons & Dragons and got kicked out). I don’t actually remember anything about the movie itself other than the killer’s mask (and the fact that we all thought the movie was corny). 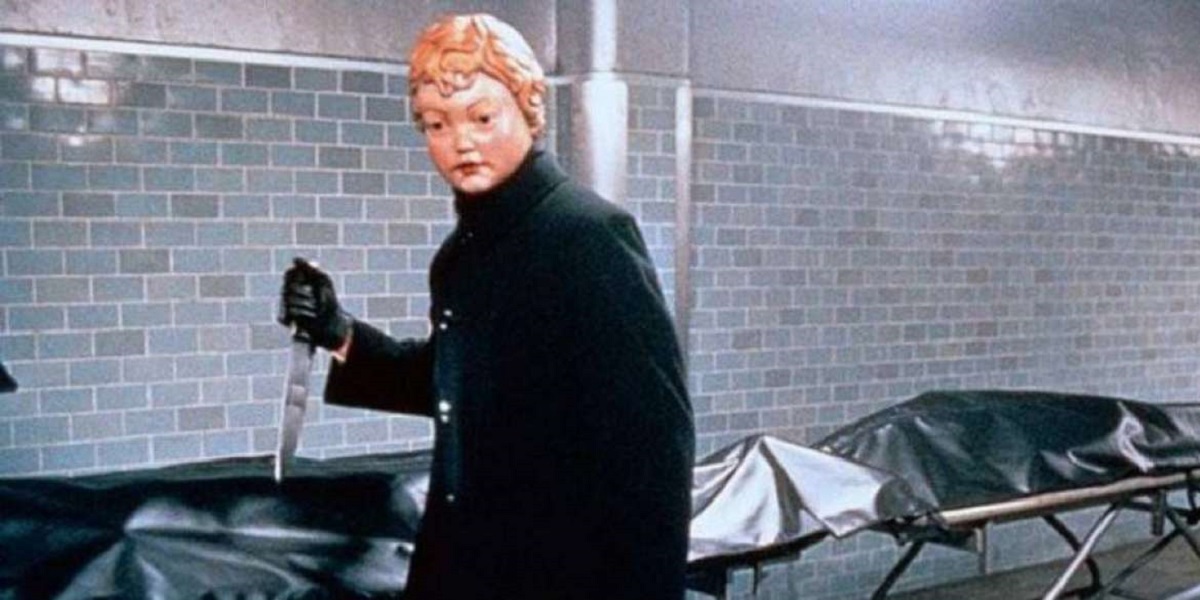 Seeing as how Valentine’s Day is this week, probably today once I get this edited and published, I figured now is the time to revisit this goofy slasher gem!

Check out this trailer! It is such a product of the time, much like the movie itself!

Starring Denise Richards (and her freakin’ twin of a child actor), David Boreanaz, Katherine Heigl, and Mary Shelton. Directed by Jamie Blanks, who also directed Urban Legend (1998)! Based on a novel by Tom Savage, but I have not read it so I am not sure how true to the book this screen adaptation is. 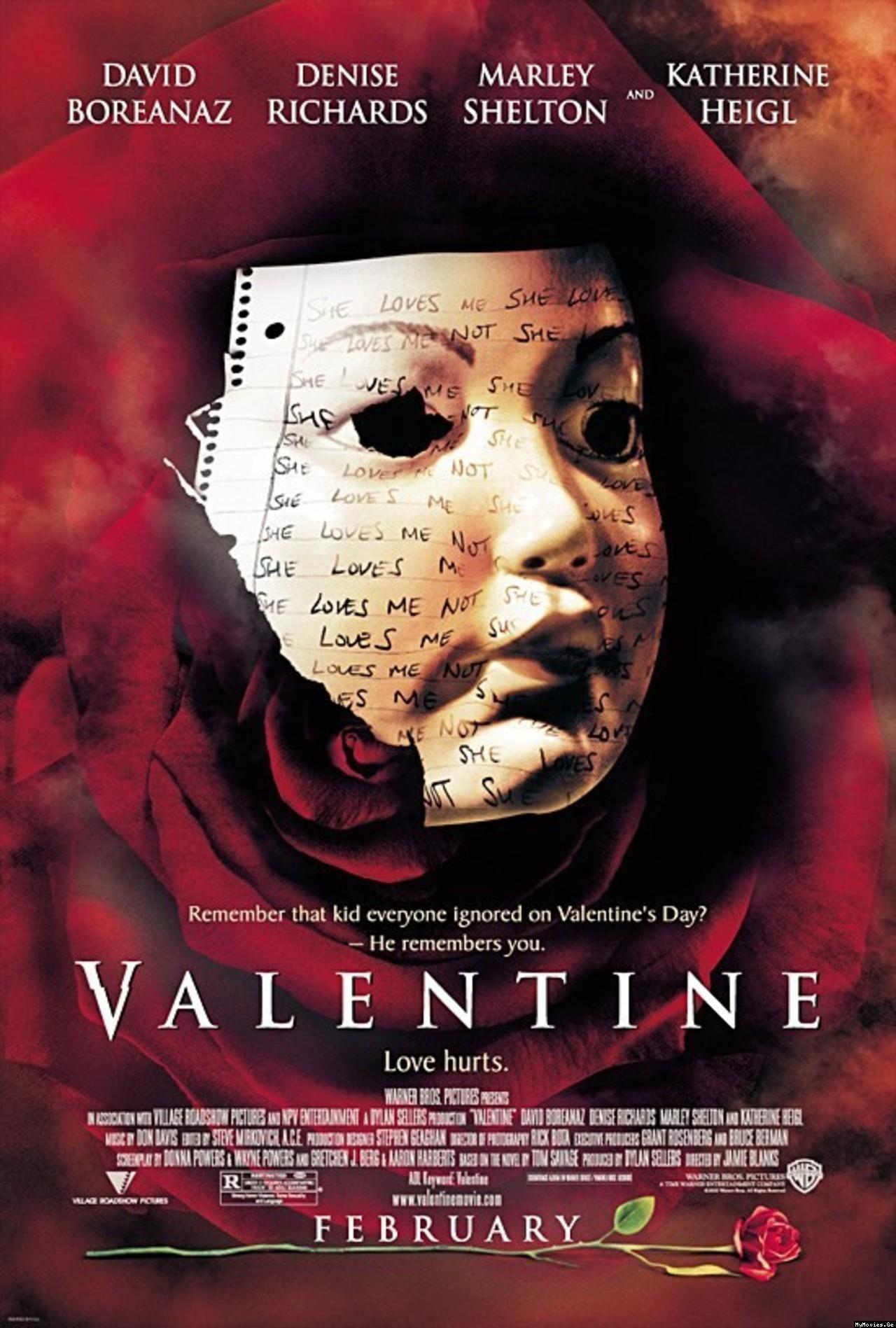 What I liked: Fun. Murder mystery slasher of the era.
What I didn’t like: Some of the acting is a little hokey. The ending felt rushed.

As for an actual review of this movie:

It’s not as bad as I remembered it to be. I had quite a bit of fun watching it actually, and would watch it again, not even waiting 19 years to revisit this time either. Valentine is very much a masked-slasher-chasing-college-kids style movie, which I’m really into because I was (and like to think I still am) the target demographic. 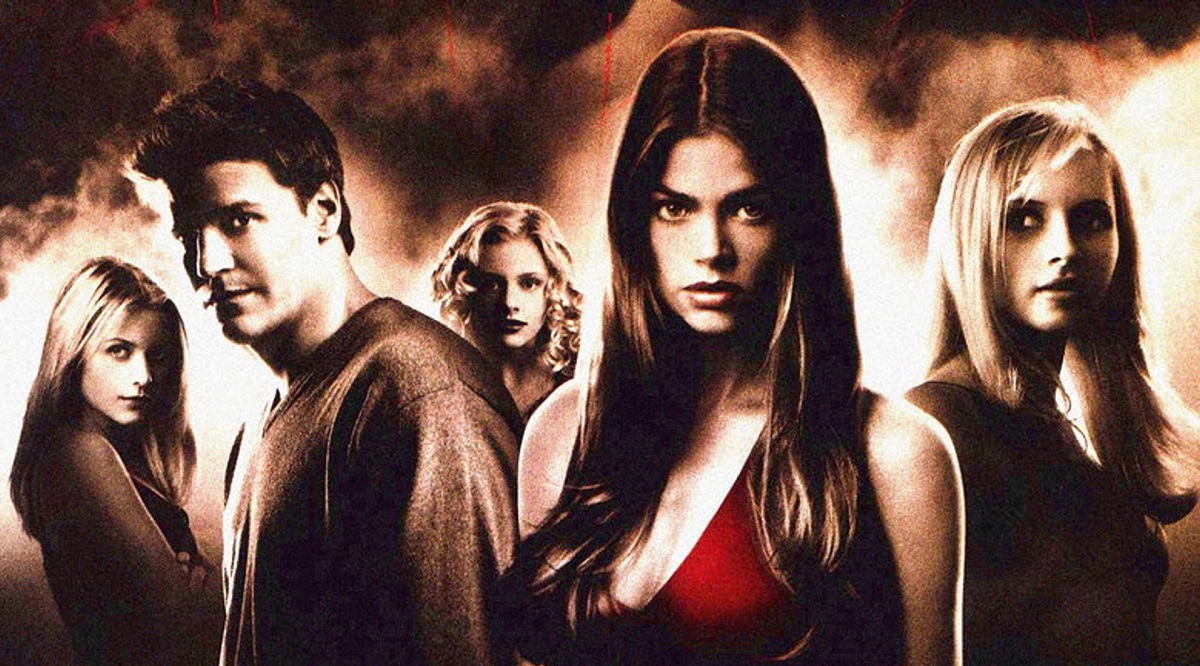 The lighting and set dressing are really spot on. The use of red light was very Giallo, which really helped set the mystery tone. The sets seemed very realistic to me and I know attention to detail by the set and prop department are to thank for that.

The soundtrack is absolutely killer. I actually downloaded it after I watched the movie, and am questioning why I didn’t have the CD when I was a teen. 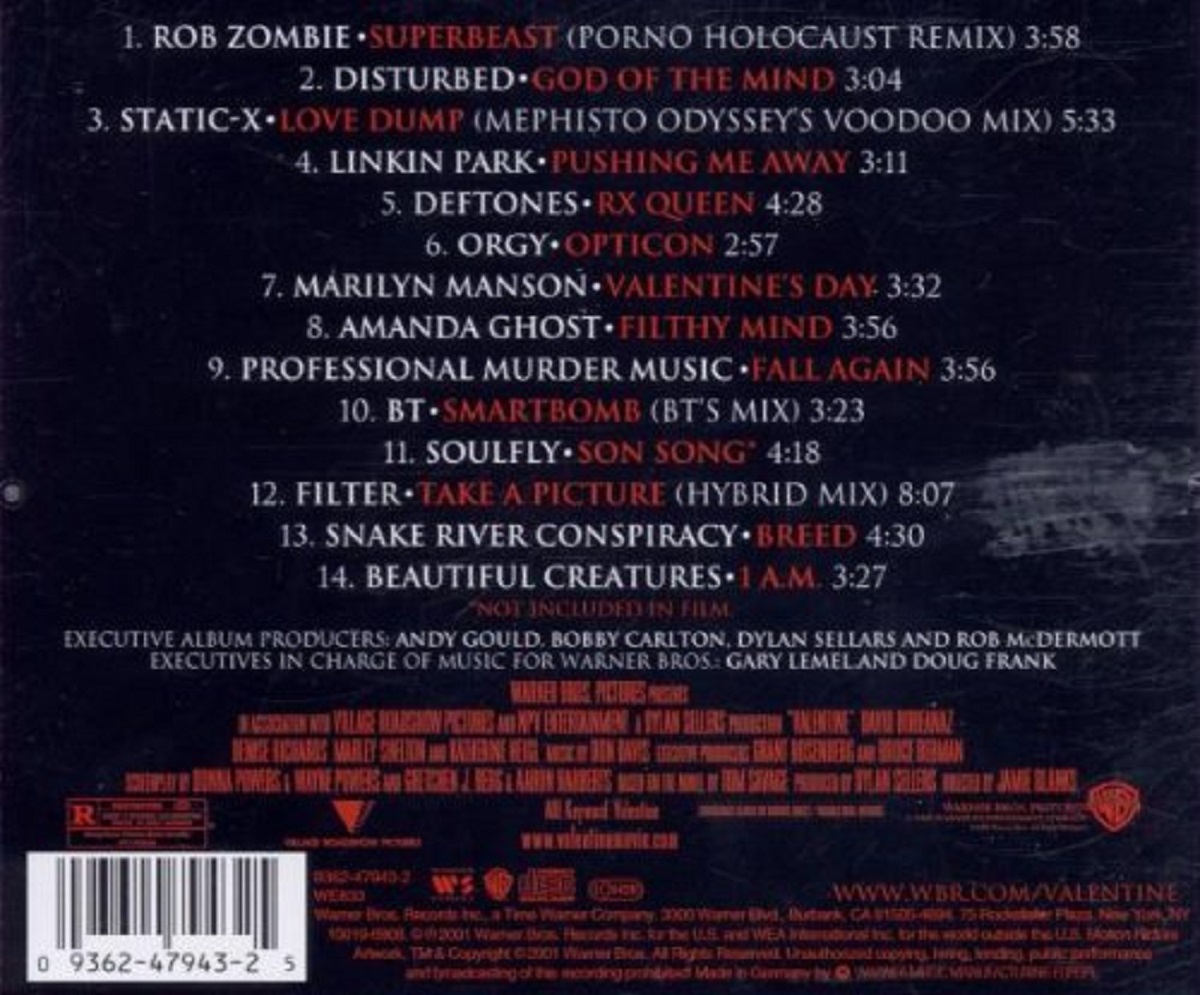 Below this point are spoilers (kinda).

If you would like to watch this movie with your sweet babboo and haven’t already seen it, or do not remember seeing it, stop here.

Valentine has a lot of red herrings. I thought I knew who the killer was at least five times, turns out I was right on my third guess. Don’t ever quadruple or quintuple guess yourself.

The cards the killer passes out to his victims are splendid.

I need to learn how to make cards like this. The first reads:

“The journey of our love is an arduous trek. My love grows for you as you bleed from your neck.“

and there’s a little pull tab that puts a knife to a woman’s throat. How sweet! Another reads:

“Roses are red. Violets are blue. They’ll need dental records to identify you.“

D’aaw, someone wants to brutally murder me. Swoon. This is just the kind of stuff that makes me want to get crafty.

The kills are so much fun!

There’s not a lot of gore, but I still took a sharp breath when a girl got a giant piece of jagged glass shoved into her head by entering through her submental space (yes I had to search “what is the muscle under your chin called?”). Another girl gets electrocuted in a hot tub and up until the offending device is tossed into the water, I had no idea that’s how she was going to go.

It’s nice when a slasher makes you think someone is going to be killed in one way then NO! it’s something different. Someone gets not only burned by a hot iron, but then smashed to death in the face with it. That made me wince. I also really appreciated that the first kill was hiding in a body bag. 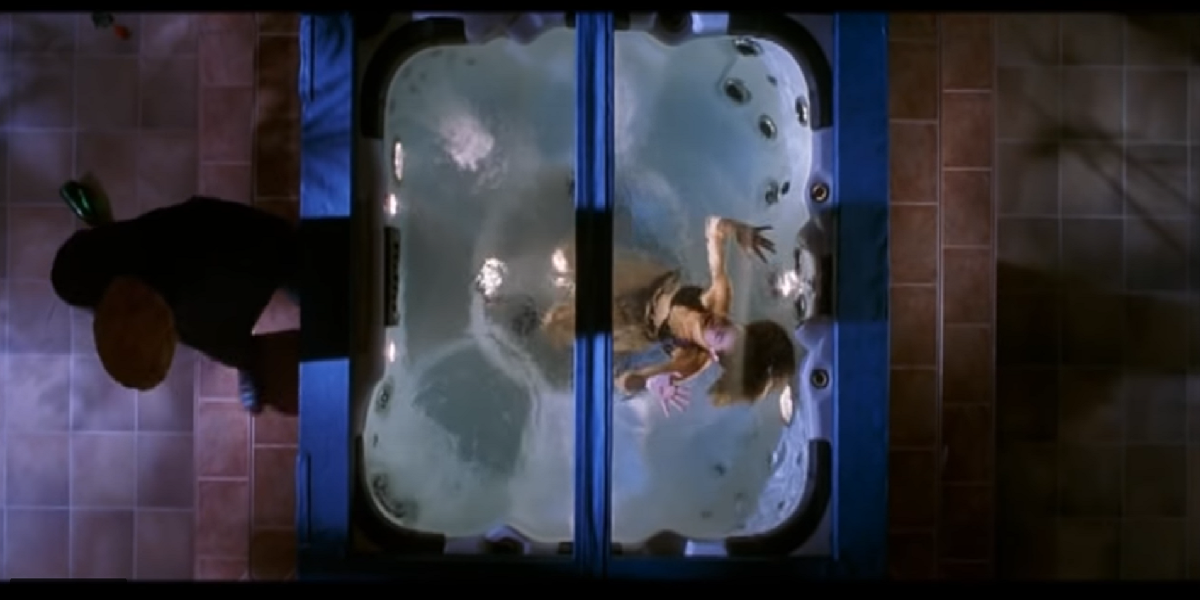 I’ve decided 2001 me was being overly critical.

I was too busy busting chops and pretending to be an MST3K riffer to have actually really seen the movie that night. Maybe I was trying to impress a boy named Ross with how cool and edgy I was and how unscary I found the scary movie to be. I am so glad I decided to revisit Valentine. I saw there’s a DVD with commentary available; I think I’ll be looking to buy that sometime within the next year. I might even make it a holiday tradition to watch this movie.

As always, I invite you to tell me what you think about this movie. Did you see it when it came out? Are you one of those fans I saw online when I was researching the movie? Do you think I am less cool now because I admitted to liking it, huh Ross?! Just kidding, I know I am cool and edgy.

Happy Valentine’s Day my Halloween Love family! On this day of love I am so glad that the appreciation of another holiday has brought us together.