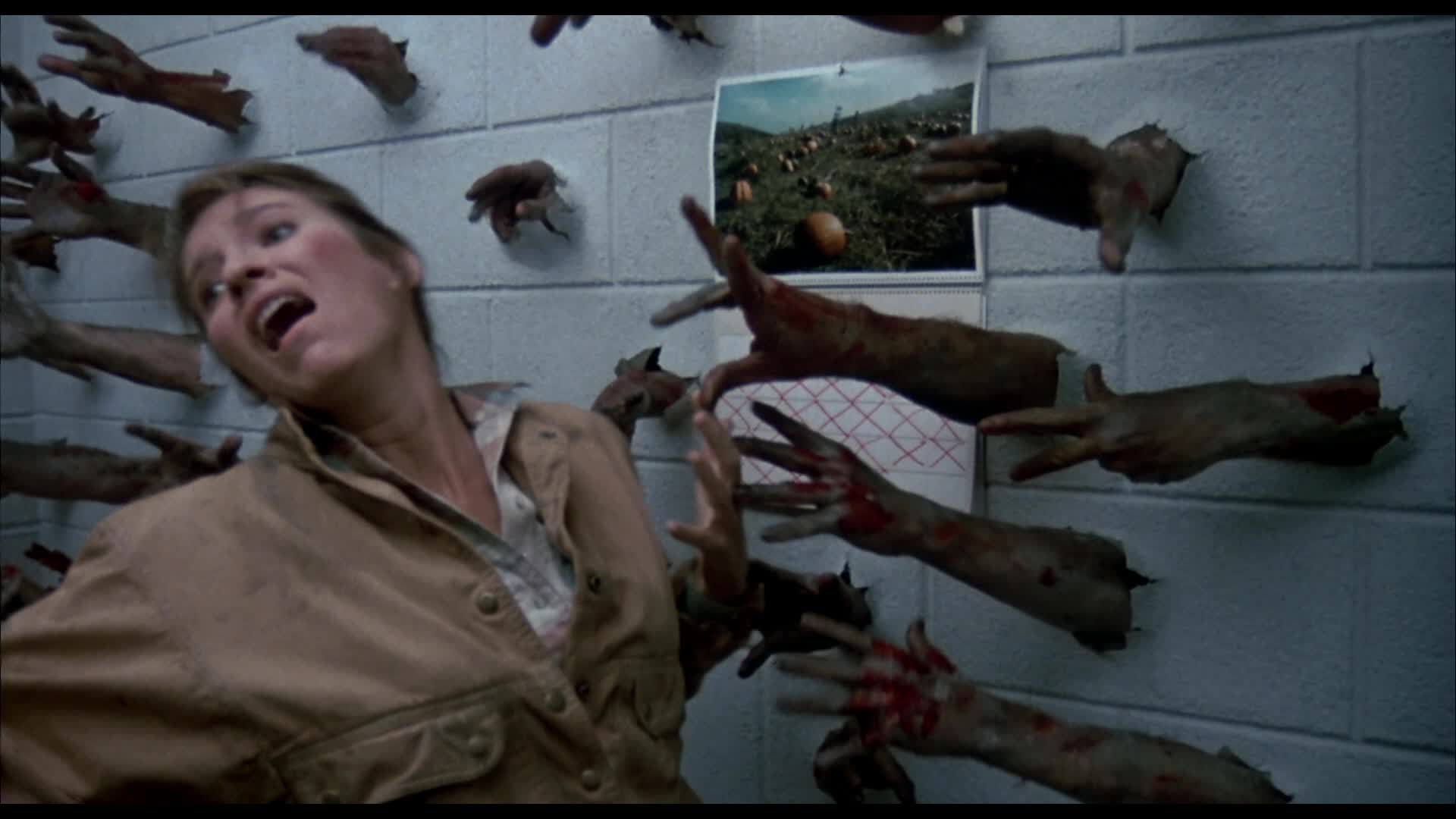 Although I would never argue that Romero‘s original classic isn’t the most important zombie movie ever made (especially as far as our modern-day boilerplate for zombie behavior and rules “you’ve got to get them in the head” is concerned), a movie that if never existed we probably never would have had dozens of the great zombie or Romero-zombie-inspired movies, TV shows like The Walking Dead, video games like The Last of Us etc. that followed, I still like the remake a lot more.

The main reason is that I enjoy the new direction the remake took with the character Barbara (played by Patricia Tallman), immensely. If you watch them both back-to-back, the original and then the remake, I think most will appreciate how much smarter, stronger, and faster the female lead is.

The original Barbara is so weak, slow, and dopey that it feels like you’re in a bad nightmare where you can’t move or hit. In fact, the original Barbara is so slow and sluggish compared to the remake Barbara that I actually find it cringe-worthy at times (though arguably, that paralyzed-in-fear feeling may have been intentionally given to the viewer).

In a lot of ways, the two movies compliment one another. There are a lot of great homages in the remake and a surrealistic feel almost of time travel, “If I could go back and do it better or differently.”

Both of them have that wonderful trademark Romero atmospheric feeling of dread, melancholy, and impending doom. The remake is a bit more fun in its pacing and is directed by makeup-effects legend Tom Savini, with cast and cameos sprinkled with horror regulars, Tony Todd, William Butler, Bill Moseley, horror host Bill ‘Chilly Billy’ Cardille, and perhaps a few others I missed.

All in all, for whatever other reasons, this will likely be my most favorite zombie movie of all time until I, myself, am dead.