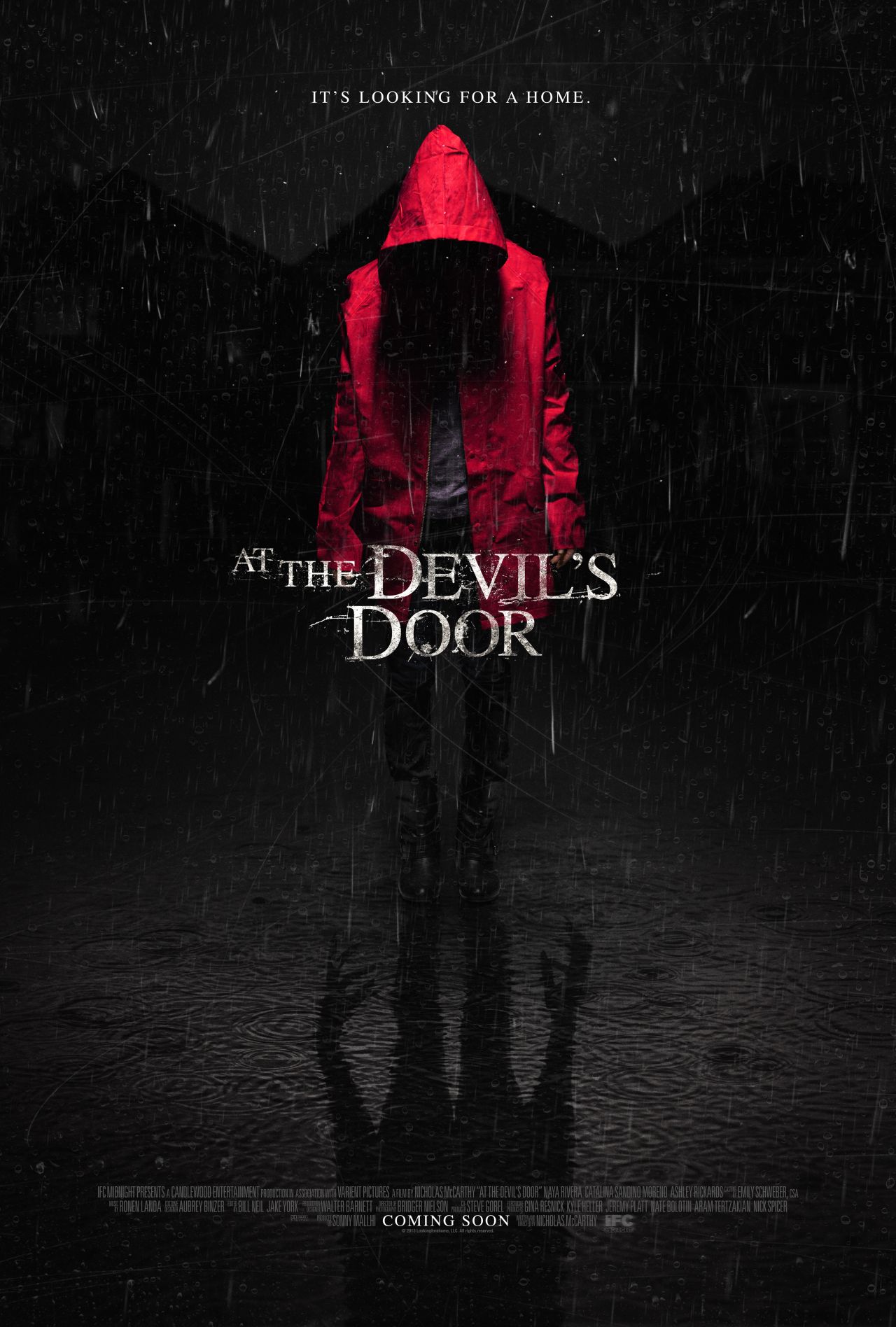 Looking at the work-in-progress list of my favorite 2014 horror films, I’ve noticed that many of them share the common trait of taking familiar ideas and injecting fresh life into them. Both The Taking of Deborah Logan and The Babadook, in particular, did just that, and so too does my latest addition to the list.

Written/directed by Nicolas McCarthy (The Pact), At the Devil’s Door was just released onto DVD today, and interestingly enough it is also already available for streaming on Netflix. The film centers on a real estate agent who crosses paths with a mysterious young girl in a home she’s trying to sell, the fateful encounter thrusting her into a decades-spanning web of demonic activity.

Though that’s the general plot of the film, the truth is that At the Devil’s Door is not the sort of movie that can be reduced to a two-sentence logline, which is the beauty of what Nicolas McCarthy has created here. More than any other horror film this year, this one has an organic flow to the point of being completely unpredictable from one scene to the next, going to places that make the back-of-the-box plot seem deceptively simple.

Modern horror films, especially of the paranormal variety, have become so generic and by-the-numbers that it’s quite frankly been easy to review them without even seeing them, and At the Devil’s Door is a breath of fresh air that slaps a brand new coat of paint over that tired formula. Nothing about McCarthy’s script plays by the rules of the genre, or even by the rules of Filmmaking 101, as it admirably hops from one time period to another time period, one main character to another main character.

In less capable hands, this unconventional approach to the story admittedly could’ve been a mess, but McCarthy has proven with At the Devil’s Door that he’s as capable as any filmmaker working within the genre today. James Wan by way of Stanley Kubrick, McCarthy understands exactly what it is that makes a scary movie scary and a good horror movie a good horror movie, and his second film is one of the downright best that 2014 has provided us.

In many ways, At the Devil’s Door is a master class of modern horror, the sort of movie that Hollywood has been trying – and failing – to make for a nauseating number of years now. Aspects of all the recent theatrical horror releases are present in the film, though you’d be hard pressed to find one – at least one directed by anyone other than James Wan – that so effectively hit those nails squarely on their heads.

Despite the familiarity of the villain and of many things going on in it, At the Devil’s Door never for a second feels like anything less than a wholly original effort. From the manner in which it’s told to the way in which it plays out, At the Devil’s Door is one of the most ambitious horror films in recent years, full of more genuine creativity than anything Hollywood could ever dream of churning out. In many ways, it feels like an entire paranormal franchise rolled into one, and McCarthy deserves all the respect in the world for pulling it off.

It would be criminal to heap praise on the back of At the Devil’s Door and not make mention of the three female leads, played by Ashley Rickards, Naya Rivera and Catalina Sandino Moreno. All three are fantastic in their respective roles, their performances making the characters feel less like movie characters and more like ordinary, and wholly relatable, human beings. McCarthy’s script must also be credited for that, though words on the page are nothing without someone effectively delivering them.

On the terror scale, At the Devil’s Door is pretty damn scary, giving this year’s The Taking of Deborah Logan a run for its money. It’s scary in the way that the best horror movies are scary, getting under your skin rather than jolting you awake with quick moments. Slow, quiet and in no rush to get to any one plot development, the film is both thick with atmosphere and genuinely unsettling, McCarthy milking optimum terror out of lingering shots and barely-seen frights.

A traditional horror story told in anything but a traditional way, At the Devil’s Door is one of the most engrossing and impressive horror films of 2014, cementing Nicolas McCarthy’s status as a filmmaking voice worth listening to. This is the horror genre at its finest, the sort of film that carves out a little home in your subconscious and will likely nest out in there for a long time to come.

Stream this one. Immediately.