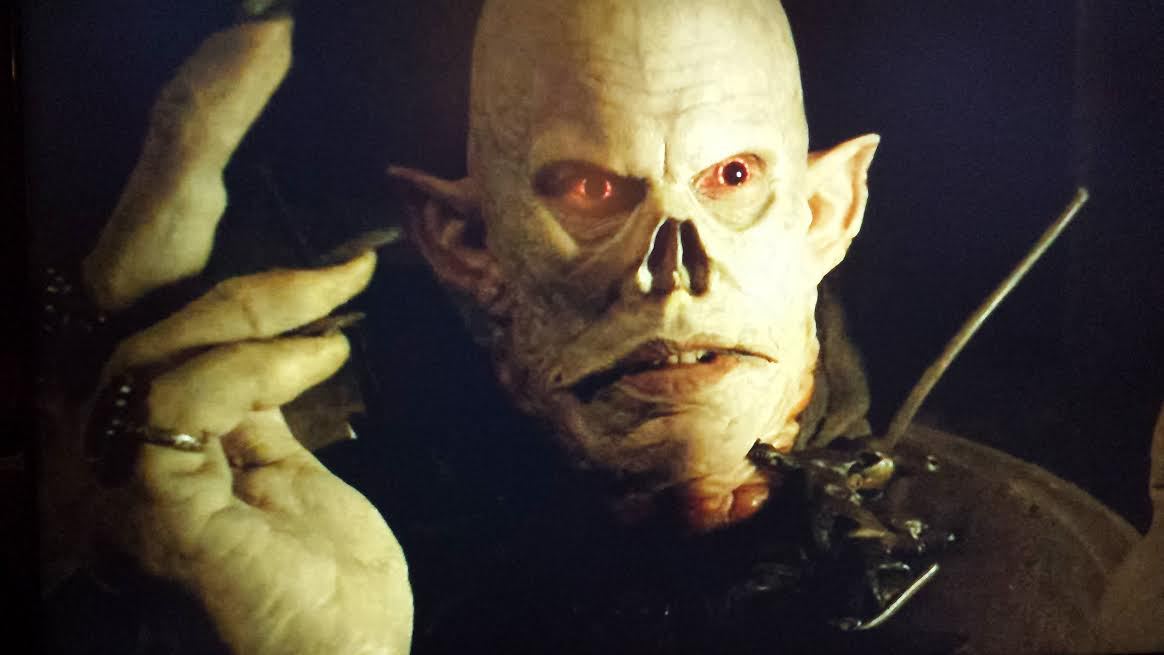 One of the best television episodes this year was the Season 2 premiere of FX’s vampire series The Strain, which featured a pre-credits scene directed by Guillermo del Toro, co-writer of the novel trilogy the show is based on. The flashback sequence showed us the origin story of the so-called Master, who we learned was once a gentle giant named Jusef Sardu – transformed into a monster by the previous Master.

It was former professional wrestler Robert Maillet who was tasked with playing The Master throughout the first season and first half of the recently wrapped up second season, an inspired bit of casting that exploited the actor’s massive 7-foot frame to evoke optimum terror. The Master, in so many words, is the leader of the vampires, and Maillet’s size made him an appropriately imposing small screen villain.

One of the things that initially drew me to The Strain, when it premiered last year, was indeed The Master, a hulking monster that I often (lovingly) described as a giant rubber Halloween decoration come to life. The relative cheesiness of the character design perfectly fit the overall tone of the show, and he felt like a classic movie monster that was just begging to become a beloved icon of the horror genre.

The Master, personally speaking, is one of my favorite horror monsters in recent years.

Significantly damaged in battle at the end of Season 1, the writers of The Strain made the decision to implant The Master’s essence into a new host body at around Season 2’s midway point. It was in Episode 6 of the show’s latest season that The Master chose rockstar Gabriel Bolivar as his new vessel, and the lifeless husk of Jusef Sardu fell to the ground after the worm-infested transfer was memorably carried out.

The Master is dead. Long live The Master.

In regards to storytelling, the swap made total sense. Sardu’s body was failing and needed to be exchanged for a new one, and The Master’s decision to take over the body of Bolivar served as a great way to enhance the character of Thomas Eichorst – who will forever be INCREDIBLY butt-hurt over the fact that the supreme being didn’t choose him. Eichorst, in turn, is now more deliciously evil than ever.

But the replacement of Robert Maillet also created a fairly massive problem for the show – a negative that outweighs the positive effects of Bolivar taking over. There are many villainous characters on The Strain, including Eichorst, Eldritch Palmer, and of course, the vampires themselves, but the lead villain – the one controlling EVERYTHING – is The Master… and mega-Bolivar, well, just isn’t very imposing.

On a purely visual level, this new iteration of The Master is incredibly dull, lacking the monster movie charm of the previous form. Once a massive creature who stood out from everyone and everything else on the show, the lead villain is now a skinny dude who doesn’t look all that much different from the other vampires, nor does anything about him suggest that he’s the most badass beast of them all.

Seven episodes of The Strain have to date aired in the wake of Bolivar becoming The Master, and if you’re asking me, there’s a decided difference between his reign and Sardu’s. Throughout Season 1, The Master always felt like a dominant force whose appearances we, as viewers, respected/feared right along with the characters, and with actor Jack Kesy underneath the makeup, that impact is no longer there.

If you don’t think that’s hurting the show as a whole, I’d have to respectfully disagree with you.

As much as I love The Strain, there are admittedly a handful of problems with the series at the moment, including the increasing awfulness of Zach Goodweather (KILL HIM) and the fact that it’s often hard to tell just how much the vampire goddamn apocalypse is effecting the city – at times, it’s easy to forget that anything is even going wrong out there. I can – and do – overlook all of these problematic issues.

But guys. C’mon. The Master should be the ultimate motherfucking badass – that is, after all, the way the character has been presented on the show since the very beginning – and the dick-less goth rocker just isn’t cutting it. He’s not scary, he’s not imposing, he’s not cool, and despite what they’re telling us, he’s not The Master. As far as I’m concerned, The Master died in the sixth episode of the second season.

And The Strain lost something important on that night.