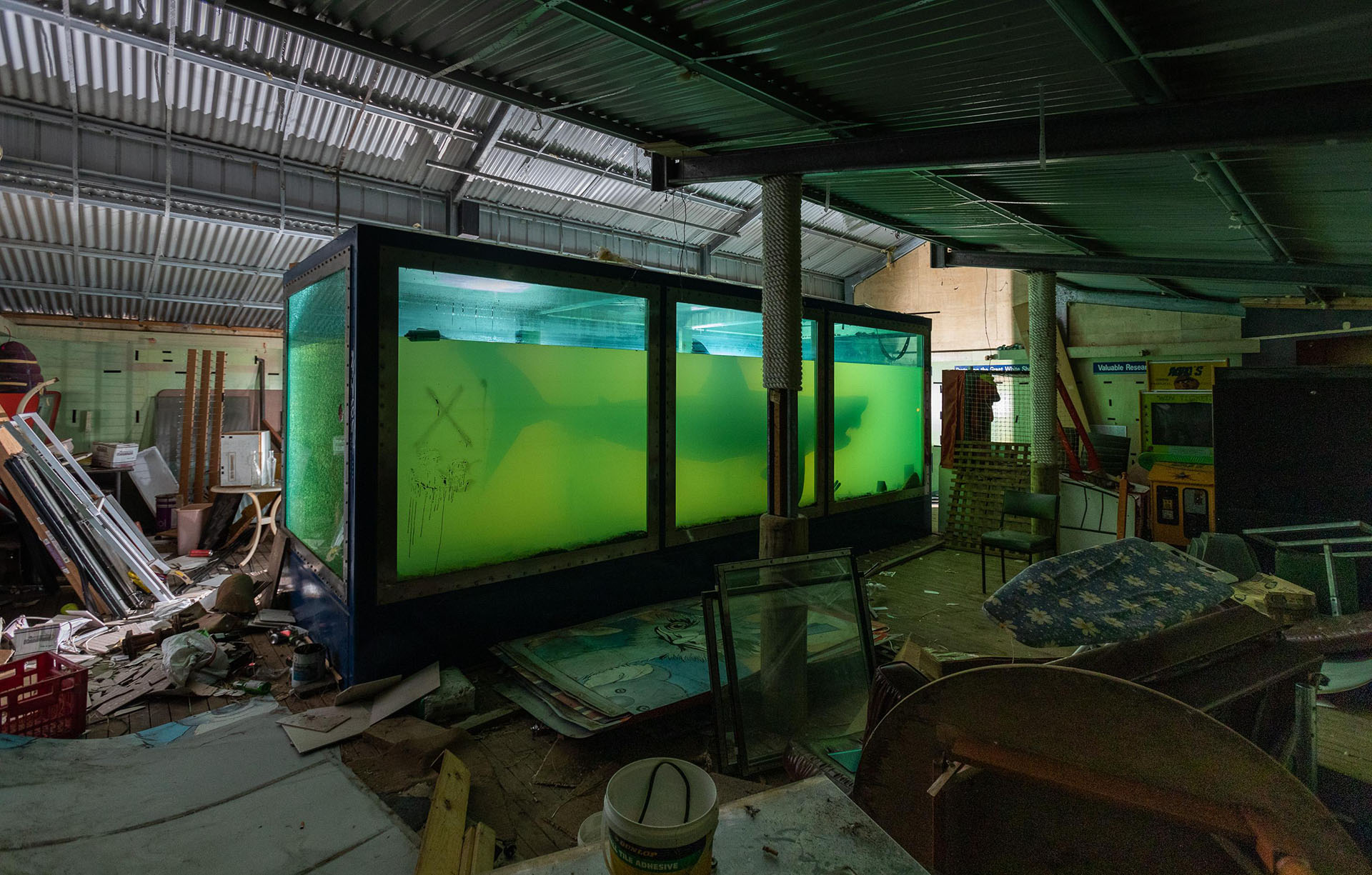 I love sharks; they’re a big deal for me. I saw JAWS at a very young age (around 5-years-old or so), and it’s been deeply embedded in my dreams, my nightmares, and my waking thoughts ever since. It’s perhaps not a full-blown obsession, but definitely a fascination. I’m intrigued by both mechanical sharks and real sharks alike. Like my curiosity for Bruce the Shark and where he ended up, I’ve got a new mystery now, Rosie the Shark, only she’s the real deal.

I personally only just learned about Rosie yesterday from my new Twitter friend @thatspicegirl, which then led to me seeing the first video about the abandoned Rosie (which has a whopping 14 million views — guess I’m not alone in my interest):

The abandoned shark might just be the coolest discovery ever made in urban exploring history (at least caught on camera anyway), and as I dig deeper, the whole story (which started 20 years ago) just keeps getting weirder. The shark itself is huge. At first, I thought it was a fake shark for display, much like fake dinosaur displays, because this is the biggest real shark I’ve ever seen in this context.

It probably doesn’t hold the world record for great white sharks in written and photographic recorded history, but this is the only shark of this size that I’m aware of that has actually been preserved for all to see. Some attempts have been made to keep great whites in captivity, but they never seem to survive or there are other complications.

I didn’t initially think there was anything here that deserved more than a tweet when I first heard about it, but like I said, the story just keeps getting more interesting. Let’s break it down into a timeline of what I’ve discovered about this story so far:

It’s unknown where Rosie got her name, but she’s got a Facebook page and is currently on public display during 10am-5pm on weekdays at:

But, don’t stop here! This is merely a summary of this crazy story, at best. There are a ton of videos, images, and articles about Rosie to check out.