This article is a long, long, long time coming now.

JAWS (1975) is one of my all-time favorite films, but more so, has left a deep psychological mark on me. I first saw JAWS at a very young age and it almost immediately drove a fascination and fear of sharks into me that would last a lifetime. 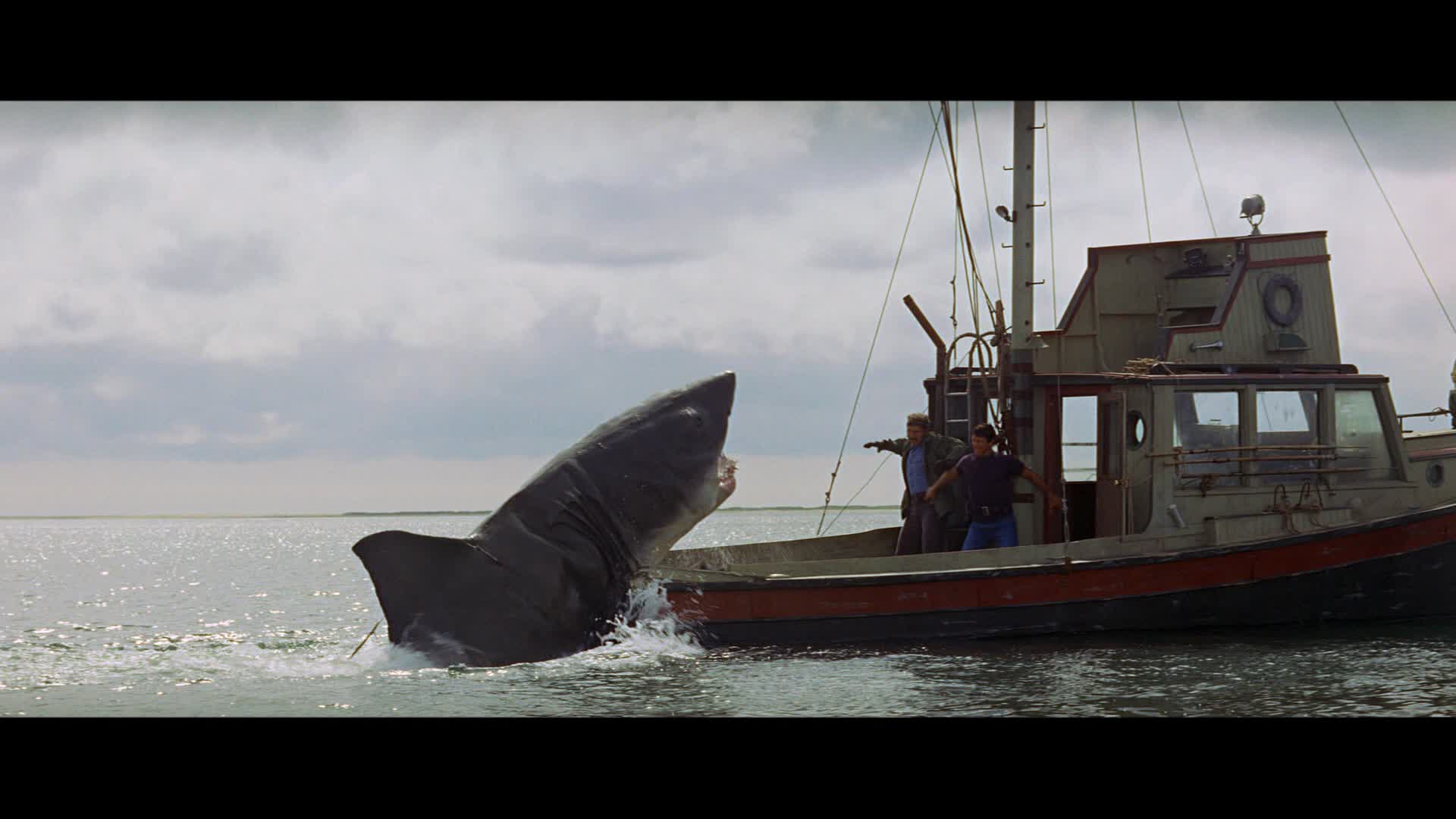 In my life, I’ve had thousands of dreams in which my mortal fear of the ocean and sharks have been the subject of terror. I’ve been chased, killed, eaten alive by sharks in all kinds of manners and settings from oceans, to seas, lakes, rivers, canals, and even indoor pools and tanks (something you might find at SeaWorld).

Essentially, water, in almost any form, can set it off. My fear has become so sharp that water is often a trigger for me to become lucid in the dream world as well. If and when that happens, my fear of what’s coming (that “uh oh” moment) can become so intense that supernatural forces will come out to drag me to my watery grave, from whatever setting I’m currently in. I’ve been dragged toward bodies of water by invisible forces where there is almost certainly a Great White shark waiting there mindlessly circling and ferociously determined to kill me. I’ve also simply teleported into water or falling from the sky into water.

The terror can become so unbearable that if I focus hard enough, I can actually force myself to wake before being killed or even seeing the shark (if I’m lucky). I love sharks so much I always tried to incorporate them into my life. I of course loved all the shark movies that came out, had shark toys, had a chart of all the shark species poster on my wall, love any video game that have sharks in it and even for a while, wanted to grow up to become a Marine Biologist (which would have required conquering many fears — oh, and finishing school probably would have helped).

The part that’s so amazing about it to me is that the ocean is an almost mythical place with giant man-eating monsters lurking about… only… it’s real! In my mind (when my imagination is acting up), the ocean is an almost certain doom, that dark, reflective water, with unknown monsters waiting for you just beneath the surface. If you fell into the water you’d be almost completely immobilized, like when you’re running from a monster in a nightmare and you’re slow and sluggish or stuck in place and hopelessly weak to escape or even defend yourself.

Despite my intense fears, I have actually swam in the ocean on several occasions. One time I was so overtaken with the beauty and awe of the ocean and with the fact that I love to swim, without even thinking… I found myself way out there, even past where the surfers were willing to go and then it hit me, just one innocent thought of a shark and I was frozen in fright. My paranoia took over and overwhelmed me with the thoughts of my dangling feet, shifting my eyes around not even being able to see an inch below the surface at every glimmering wave and shadow, I began hyperventilating.

Thinking back to all the Shark Weeks I’d seen, I remembered that lots of splashing on the surface in one spot can attract sharks because to them, that’s what they’ve come to expect from injured prey, in other words, easy pickings. So, avoiding my initial thought to just frantically swim back as fast as I could which would have only caused more panic, I waded back very slowly. It took forever, trapped in my irrational fear all the way back, praying that nothing bump into my legs or I would have a heart attack.

As much as I love thinking about real sharks and the unknown depths of the ocean, I get pretty excited about the movie magic ones too, specifically the mechanical sharks used in JAWS and its three sequels. I’ve been semi-obsessed with the idea that if they were able to pull off a fairly decent mechanical shark in the 70s (granted the damn thing was usually broke — just watch any of the JAWS featurettes and you’ll know what I’m talking about), what could they come up with now? Unfortunately, that would probably mean a CGI shark, that in the case of such an epic monster movie, would really ruin that special feel.