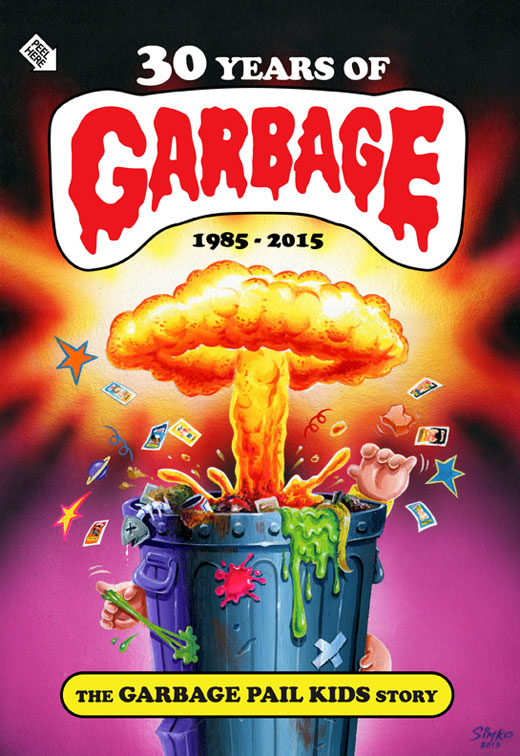 I must be honest about something before we begin with this post. Truth be told, I’ve gotten pretty damn tired of everyone’s Kickstarter campaigns and Indiegogo funds – it seems that everyone’s got one, and it also seems that they’re always hounding me to donate and spread the word. It just gets a little annoying after a while, and I’ve more or less learned to tune them all out over the years.

Now, it’s not that I’m against people looking to others to help fund their movies and various projects. Quite the contrary. In fact, I think it’s pretty cool that the filmmakers of today have platforms like Kickstarter and Indiegogo, where they can go to help raise the funds needed to make their dreams a reality. I support it, I just don’t support the endless badgering. And besides, it seems like 199 out of every 200 campaigns are trying to get me to donate my hard earned money to help fund crappy zombie movies that are going to be filmed in someone’s mother’s backyard. Sorry, but no thanks.

That said, there is always that 1 out of 200 – that one gem that demands your attention, makes you pull out your credit card and inspires you to stand up on your virtual soapbox and proclaim to all your friends that they too should drain their bank account in support of it.

As you probably gathered by now, this is that one.

Originally released by the Topps trading card company in 1985, one year before my birth, Garbage Pail Kids were hands down the most successful product to come out of the 80’s gross-out era. Cabbage Patch Kids for boys, so to speak, the Garbage Pail Kids were about as gloriously gross as it gets, trading cards/stickers depicting kids doing all sorts of horrifying and disgusting things to themselves – from ripping off their own skin to cutting off their own heads, bathing in the toilet to vomiting all over themselves. With clever names like Adam Bomb, Peeled Paul and Jay Decay, the name of the game was gross, and the Garbage Pail Kids delivered grossness in spades.

The Garbage Pail Kids became an instant hit amongst kids like myself, a gross-out sensation that spawned a live-action movie, an animated TV series and a whole host of tie-in merchandise. Now nearly 30 years after they first hit the market, the Garbage Pail Kids are as popular as they ever were, brand new lines of the trading cards inspiring nostalgia in 80s kids while at the same time making a whole new generation fall in love with the grossest kids in the world.

2015 marks the 30 year anniversary of their release, and filmmaker Sean Tiedeman is hoping to celebrate the occasion with a documentary about the popular trading card line, called 30 Years of Garbage: The Garbage Pail Kids Story. The unauthorized documentary is set to be the first time such a story has ever been told, Tiedeman painting a picture of their history and legacy by interviewing artists who have created some of the most iconic cards as well as the super-fans who have devoted years of their lives to collecting them all.

Many interviews have already been secured and filmed, and Sean is hoping to raise $75,000 to cover travel expenses, camera equipment, music licensing and various things of that nature. The fund was kicked off a few weeks back and nearly $14,000 has already been raised, with the campaign coming to a close on January 5th of next year. Whether or not the documentary gets completed is entirely in our hands, and Sean is looking to have the film finished and out there in the world in 2015, if all goes as planned.

Head over to the 30 Years of Garbage Kickstarter campaign to learn more and help out. Perks for donating include copies of the DVD once it’s completed, special thanks in the credits, rare art prints and even V.I.P. access to the production.

Check out the pitch video below, to get a small taste of what it’s store if you help make this awesome documentary a reality!