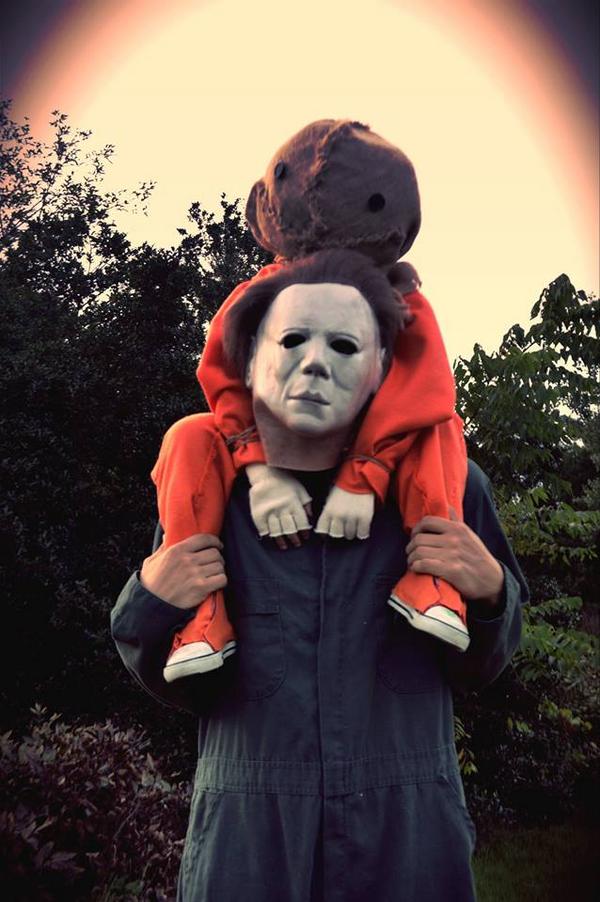 At long last, two of the Halloween season’s biggest icons join forces for this adorable cosplay photo, which warms my Halloween-loving heart in ways that few things are able to. Making the image even more heartwarming is the fact that it’s two brothers underneath the costumes – older brother Jakob Sanders playing Myers and his younger brother portraying Sam. Now that’s my kind of family photo! 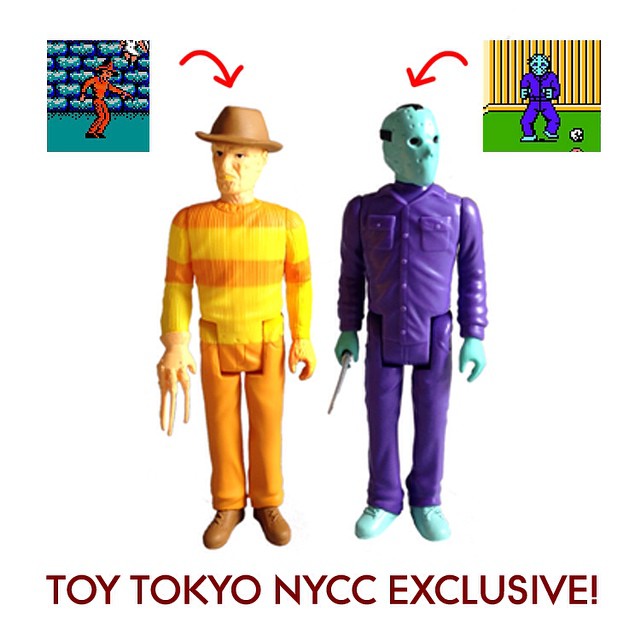 Though we had previously seen a sneak peek of these two upcoming ReAction figures from Funko, this week we were provided with the first real good look at them, courtesy of this image. The vintage-style NES Jason and NES Freddy figures will be available exclusively from Toy Tokyo at next month’s New York Comic Con, and from what I understand, none of them will be going up for grabs online. Sad face. 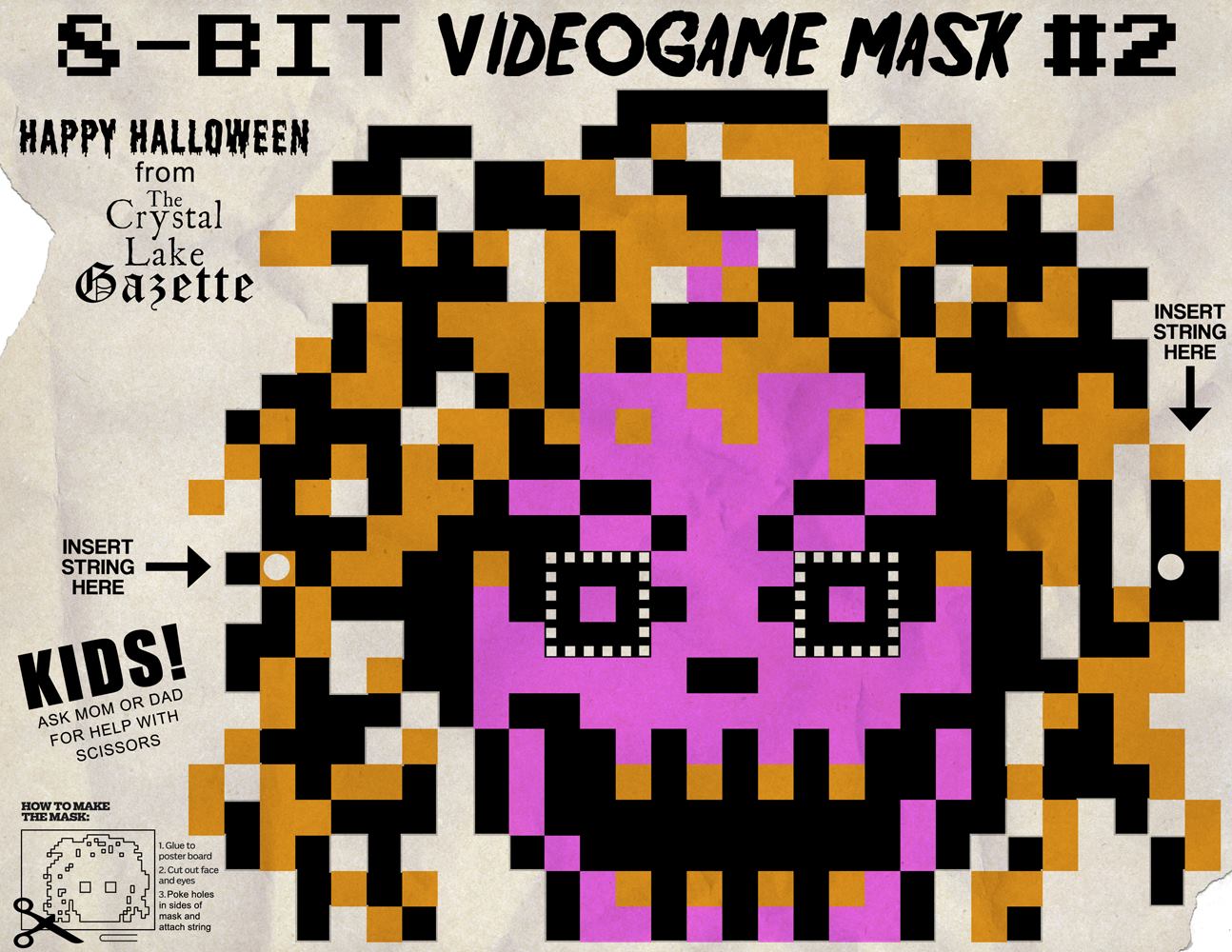 Speaking of the horror NES craze, website Jack’s Attic just put up for printing this free Mrs. Voorhees mask, based on her appearance in the Friday the 13th Nintendo game. As you may recall, Pamela was a severed, floating head in the oddball game, and this printable mask recreates the bizarre look. Head over to Jack’s Attic to print out the full image, and you’ll also find a printable NES Jason mask to go along with it! 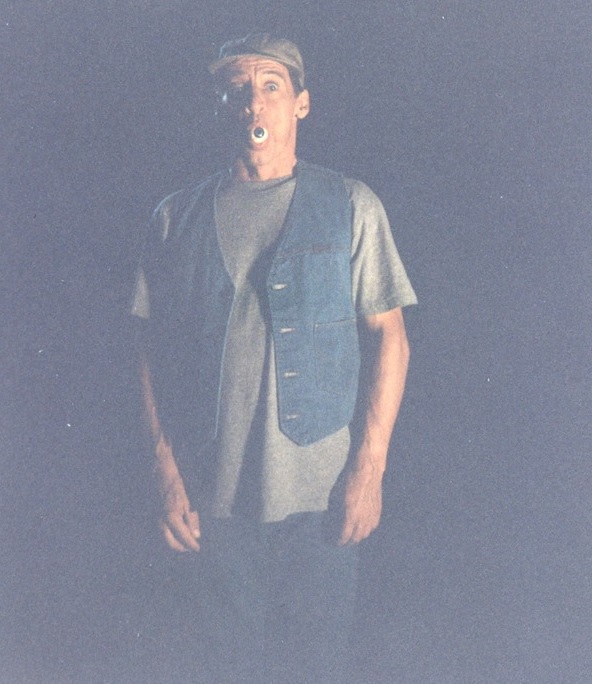 I don’t know about you, but I’ve always been a big fan of the late Jim Varney’s character Ernest P. Worrell, and it’s of course the sequel Ernest Scared Stupid that I’m most fond of. The Facebook fan page for the book The Importance of Being Ernest posted this behind the scenes shot from the film yesterday, showing Varney goofing around with an eyeball in his mouth. Had never seen this before, and it needless to say brought a big time smile to my face! 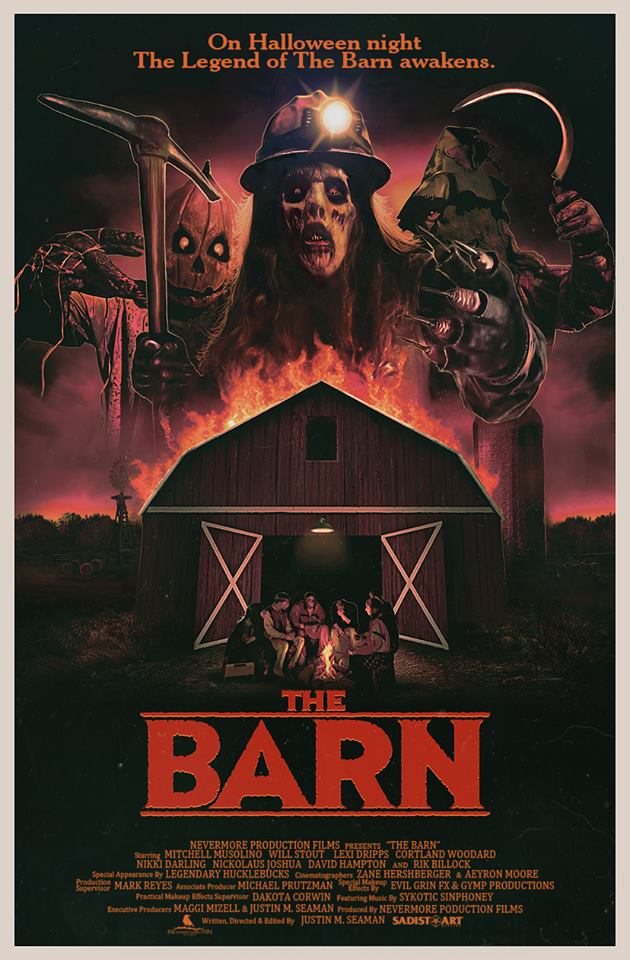 There’s no artist that nails the retro, VHS-era style better than Marc Schoenbach, who runs the company Sadist Art Designs. Serving as proof of that fact is his latest piece of period-authentic poster art, for the upcoming Halloween-set film The Barn. Even before knowing what the movie was about, I already was dying to see it, which is always the sign of a great poster! 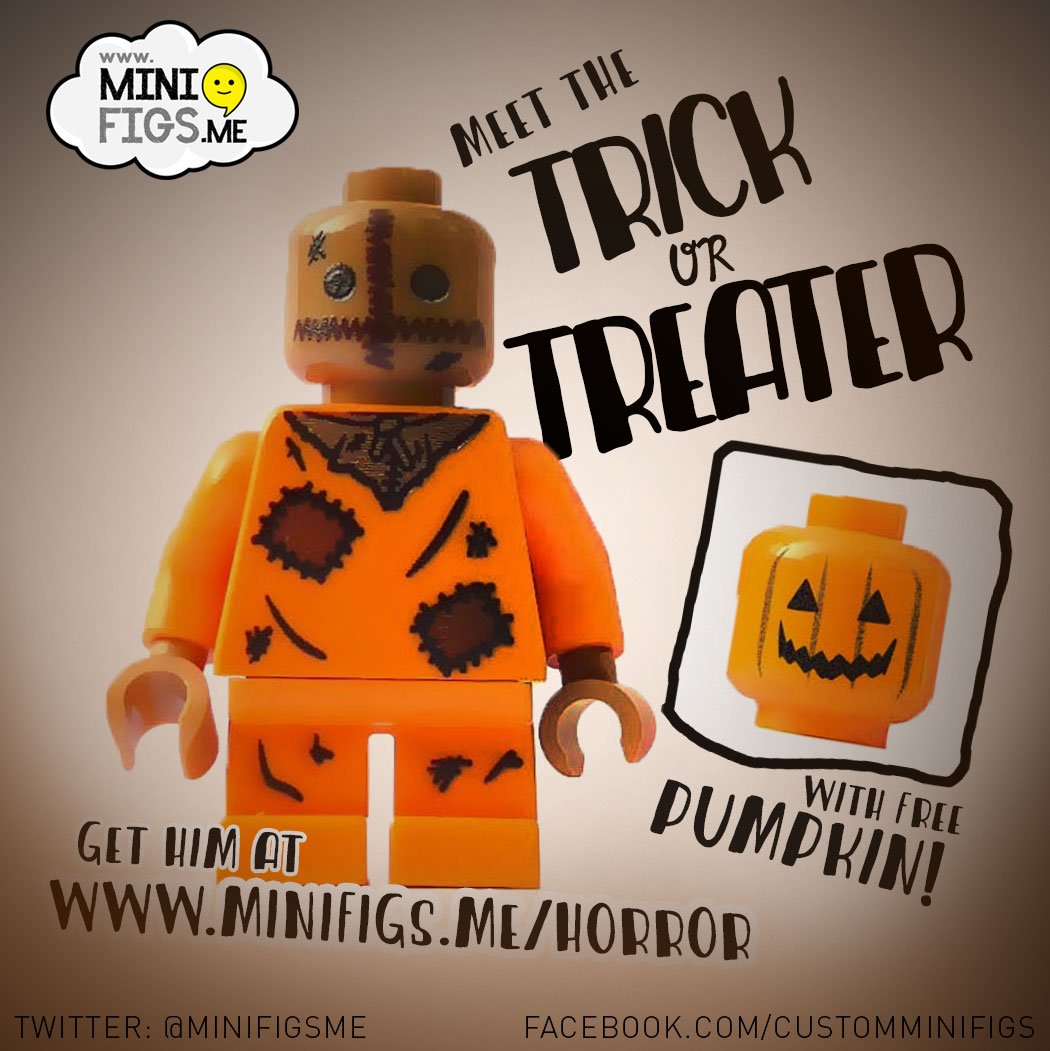 After releasing a line of horror icon LEGO figurines last year, UK company Mini Figs put out a second series this week, bringing characters like Pinhead, Ash, Chucky and Ghostface into the mix. In my opinion, the most must-own figure in the new batch is Trick ‘r Treat‘s Sam, which features both masked and unmasked heads. Each figure is selling for approximately $20, and you’ll find both Series 1 and Series 2 on the Mini Figs website. 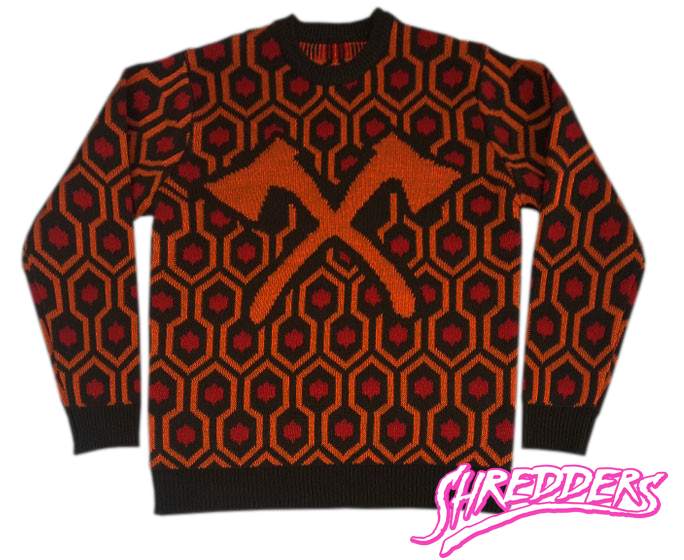 Though we haven’t yet crossed over into October, the temperature in my area is already starting to rapidly decline, ushering in the start of sweatshirt season. To help you make it through these upcoming colder months in style, Shredders has just put up for grabs this Shining-inspired sweater, which is of the ‘ugly Christmas’ variety. A little birdie told me that they’re next releasing a Silent Night, Deadly Night sweater, which I pretty much already need – sight unseen! 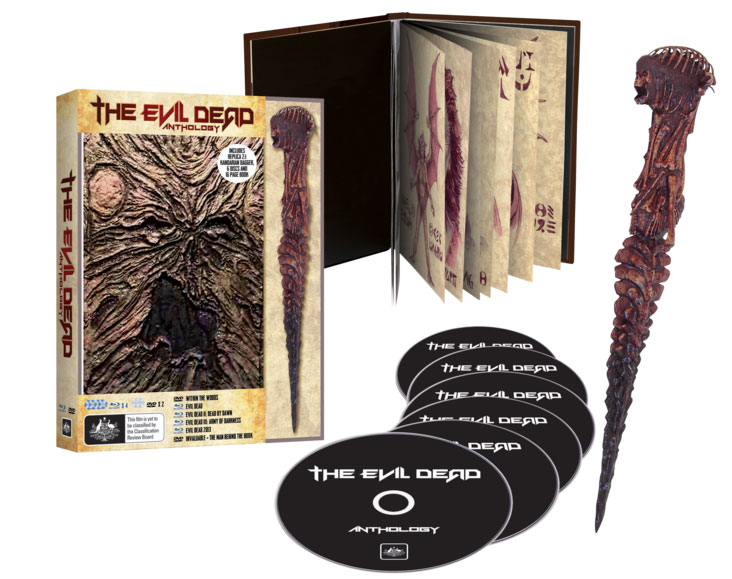 And finally, this upcoming Australian DVD/Blu-ray release was just announced, collecting together all three original Evil Dead films PLUS the remake. Also included within the set is Sam Raimi’s original short film, Within the Woods, and it comes packaged with a replica prop dagger and Book of the Dead. The Evil Dead movies have been released countless times on home video over the years, but this is perhaps the most ultimate edition they have ever received. Lucky you, Aussies!