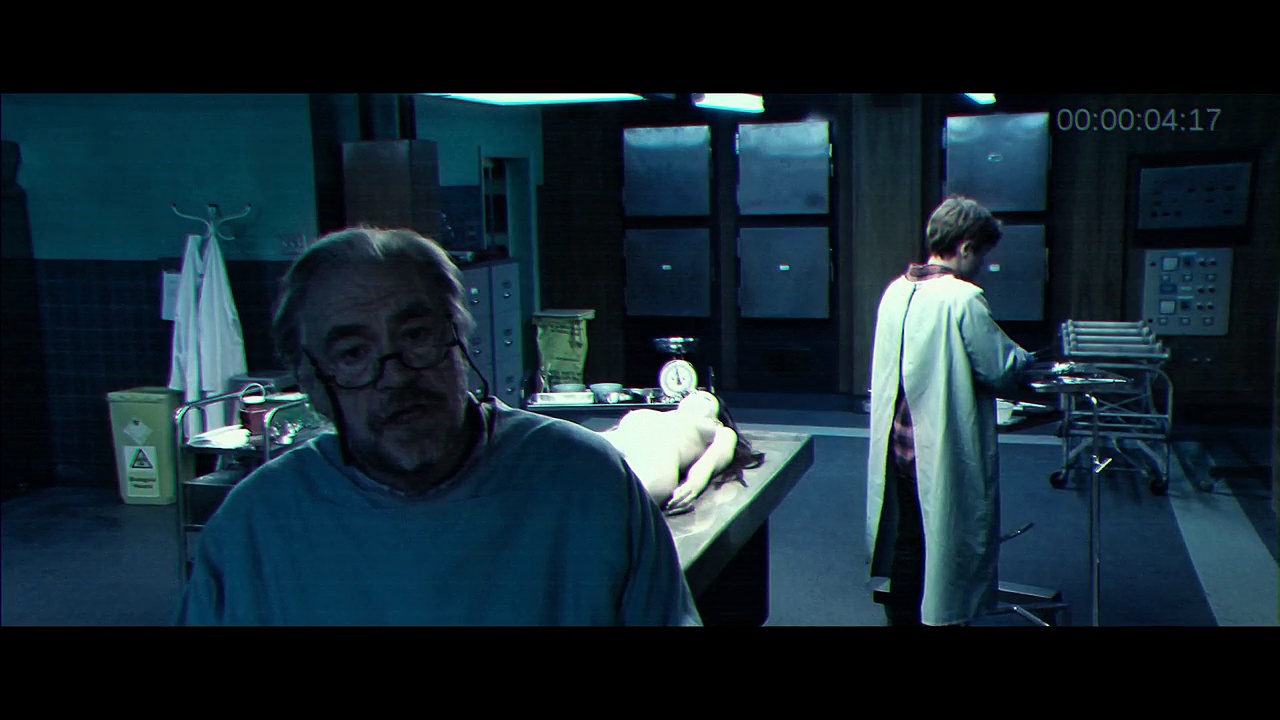 One of my favorite aspects of the modern horror scene is the tendency of some its best filmmakers to bend the genre and mash it up into a wonderful crock pot full of horror goodies. Norwegian director Andre Ovredal is one such voice in this community and his 2010 film Troll Hunter showed us just how talented he is at making these kinds of stories. It has been six years since the release of that film, however, and all of us fans were craving his next feature.

The Autopsy of Jane Doe is this year’s quiet surprise blending together aspects of all different kinds of genres to craft a story that is both terrifying, thrilling, and creepy all around a mystery that will keep you at the edge of your seat. The less you know about the plot going in the better, this film banks on you being unaware of any of the twists and turns. All you need to know is the story centers on a pair of corners, father, and son, played by Brian Cox and Emile Hirsch, who receive a mysterious Jane Doe homicide victim late at night. They are tasked with determining a cause of Death before morning, which proves to be much trickier and dangerous than they ever expected.

If there is one thing we learned about Ovredal from Troll Hunter, it is that he has a great talent for building massive worlds in a small setting. He achieves that once again here, building an entire world and mythology out of nothing more than a coroner’s examination room and a mysterious dead body. From the opening shot of a gruesome murder scene, the film wants you to wonder why and it digs its hooks in right out of the gate, slowly feeding you the answers you want gradually over the next ninety or so minutes.

What separates this from your average murder mystery is that it’s not only about the final twist. Yeah, the ending is a huge moment and the first time it hits you it may blow your mind, but there is so much more throughout this film to enjoy outside of that. For starters, this movie boasts a totally different kind of body horror that is sure to get under plenty of people’s skin. This isn’t your average autopsy and watching them peel her apart like a banana makes for some wonderfully gruesome moments.

Being an isolated film, this movie is also banking on the performances of its two leads, who we spend almost the entirety of the film with. Brian Cox and Emile Hirsch are both at the top of their game here and the two strike great chemistry. Watching both of them take in what they are experiencing in different ways, one an old coroner who is trying to explain away everything as something he has seen before, and his young son who see’s these anomalies for what they are, makes for some great acting moments.

We don’t just see the story blend together different genres and tropes either, Ovredal was able to use multiple different styles of filming throughout. At times feeling like some kind of Hitchcockian suspense film, and at others having the atmosphere of a bloody slasher, he is able to shift the tone of the film seamlessly throughout. Hell, he even has a few moments where the found-footage flavor of Troll Hunter finds it’s way through, and it just fits, no question about it.

The flick is a tight ninety-ish minutes and there isn’t a bit of fat on it. Ovredral did well to make sure every shot that made the cut was one that was absolutely necessary to the story. He is able to combine multiple different types of genres and horror tropes into a movie that is totally engaging from start to finish. Waiting six years in between features is rough but if it means he is going to release unique films like this and Troll Hunter, then I guess it’s more than worth it. The Autopsy of Jane Doe is in a limited theatrical run currently and is available on all major VOD platforms, definitely, check this one out.

P.S. I kept this review fairly brief, as it is hard to talk much about this movie without spoiling the specifics. So, if any of you want to see a spoiler review, where I go in depth about all the wonderful little twists of this movie, let me know, I’d be more than happy to talk more about this awesome little flick.