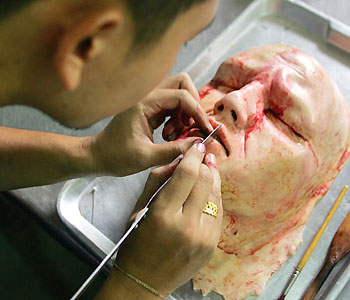 Severed hands and peeled off faces are hardly what a person would think of when breakfast comes to mind, but to Thai baker Kittiwat Unarrom, it’s what’s for dinner. At least, it’s what he’s serving you.

Unarrom has been cooking up these gruesome delights since 2006 in his family owned bakery in Thailand, and has taken baking to a whole new level — to the point where his family’s bakery has become a common tourist attraction in Thailand. His artwork is both unsettling and disturbing, but assuredly it still tastes like normal bread. Cut the face in half and add a little brother, and you have the perfect side for your holiday dinner. 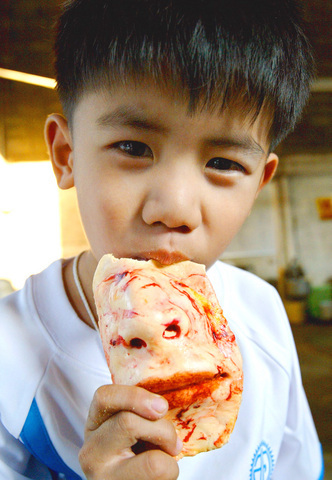 His baking career began when he was very young, living with his parents and learning to bake at their side. However, he wanted to use the customary utensils and recipes to create unique works of art. He became inspired by the idea of “we are what we eat,” but his ability to create such pieces did not come to him naturally. Instead, he practiced experimenting, molding and carving for three years before he came to the point at which he is now. Now, he can spend up to six hours a day on his artwork. When asked about his artwork, he mentions his inspiration from the buddhist saying, “Don’t blindly believe what I say … Find out for yourself what is truth, what is real.” While the bread he sells looks malicious, it is only bread, and should be treated as such.

Not to mention his body parts have become a big hit, both locally and globally. Articles about him are plastered all over the internet, residents from all around visit the store and pay up to hundreds of dollars a piece, and a tourist line even stops at the bakery to introduce folks from various other places to the exciting artwork. Unarrom has won prizes for his pieces, and in turn, has used that to help him further his studies in his university. People challenge themselves to eat it, while others cringe at the very idea.

Now tell me, would you eat something like that if you got the chance?