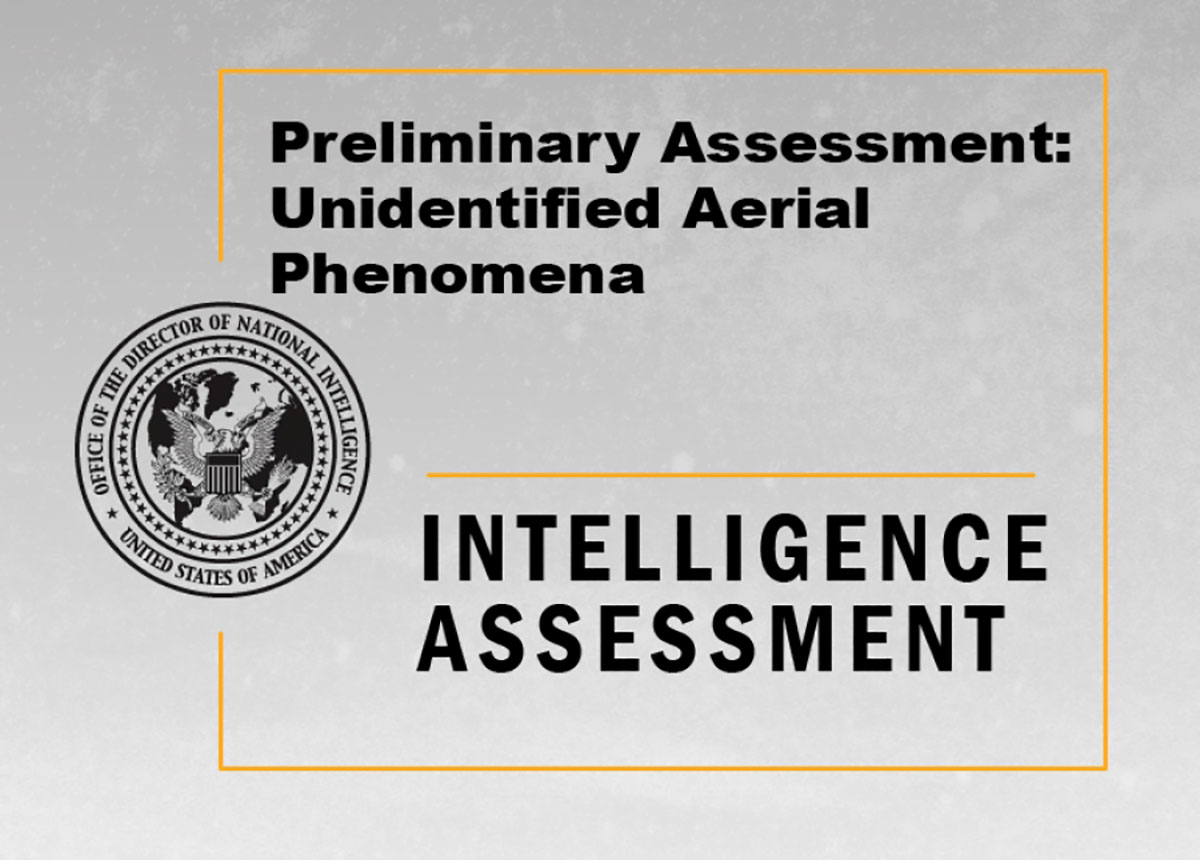 Aside from a hopeful few, I don’t think many of us expected a smoking gun revealing that we are in fact being visited by off-world beings. However, the 9-page preliminary report (PDF) we did receive does do a hell of a good job outlining a strategy for better recording and analyzing these events, if we ever are going to find the evidence we need.

In a nutshell, here are the main takeaways from the report:

Of course, they’re now officially referred to as UAPs (Unidentified Aerial Phenomena) because of a wise choice to rebrand away from the stigma that the term UFO (Unidentified Flying Object) carries.

Obviously, that’s not to say that they can prove (yet) that any of these events are for sure of alien origin and not other possible unknown tech from some private inventor or another country’s military, but that’s what leads me to…

One of the most common arguments you’ll hear from skeptics and debunkers is:

“If UFOs are real, over all these years, wouldn’t someone have caught a clear, high-definition recording of one by now?“

That makes a lot of incredibly generous assumptions about the sophistication of people and technology. All-in-all, we’re still pretty dumb, infants really. However, the technology is getting much better, exponentially (part of the reason we’re so dumb actually).

But, it’s only been in the past decade that it became common for nearly every human being on the planet to be walking around with a smart device, and even with those smart devices, the average person doesn’t even have the capacity to hold a smartphone still and sideways to get a clear video recording of anything, that is, when they take a break to point the camera at anything other than themselves.

With the advent of this technology and the impact it’s had on society, we are now capturing more than ever before things that have never been caught on camera with such detail and variety, like new discoveries in wildlife and police brutality. These things have always existed, it’s just that we’re now seeing it happen more than ever before, which has created a frighteningly common fallacy about the frequency these things are occurring.

Many people think that there is more crime, more violence, more racism, more sexism, etc. than ever before, but that’s factually, statistically, incorrect. Again, it’s only that these events are more frequently caught on camera than ever before, not actually occurring more, which blurs the perception of those that cannot make that distinction.

So, how can we have gone all this time without capturing irrefutable evidence of UFOs on camera? The same reason many other mysteries have gone uncaught on camera for so long. The same reason this guy can have a successful business and YouTube channel where his team tracks down and solves missing person and murder mysteries where he finds submerged vehicles (usually with the bodies still inside) in ponds, rivers, and lakes, even where dive teams have already searched before, that have been sitting there, right under the noses of townsfolk for decades.

He has the motivation, the time, the money, the right tools, the expertise, and most importantly, he has excellent organization and communication skills to talk to people, ask the right questions, and take tips from “internet wackos” who see a dark spot in the water from Google Earth images.

Most UFO sightings aren’t even by civilians, but rather take place near military installations and by pilots, hundreds, thousands of reports and recordings. But, until now, there’s never really been a truly organized effort to actually have official policies and procedures in place for personnel across all branches of military to:

We wouldn’t even be discussing this matter seriously if it weren’t for the whistleblowers that leaked the UFO footage brought to the world stage by The New York Times.

Before now, the “Where’s the video evidence?” argument had absolutely no logic or validity. However, if the UAPTF receives all the acceptance, approval, cooperation, and funding it needs for the foreseeable future, if we make absolutely no progress on our ignorance of this subject over the next decade, you have my blessing to resurrect the argument.

That’s the basic outline of the report: UFOs are real, and now we need more resources to figure out what they are.