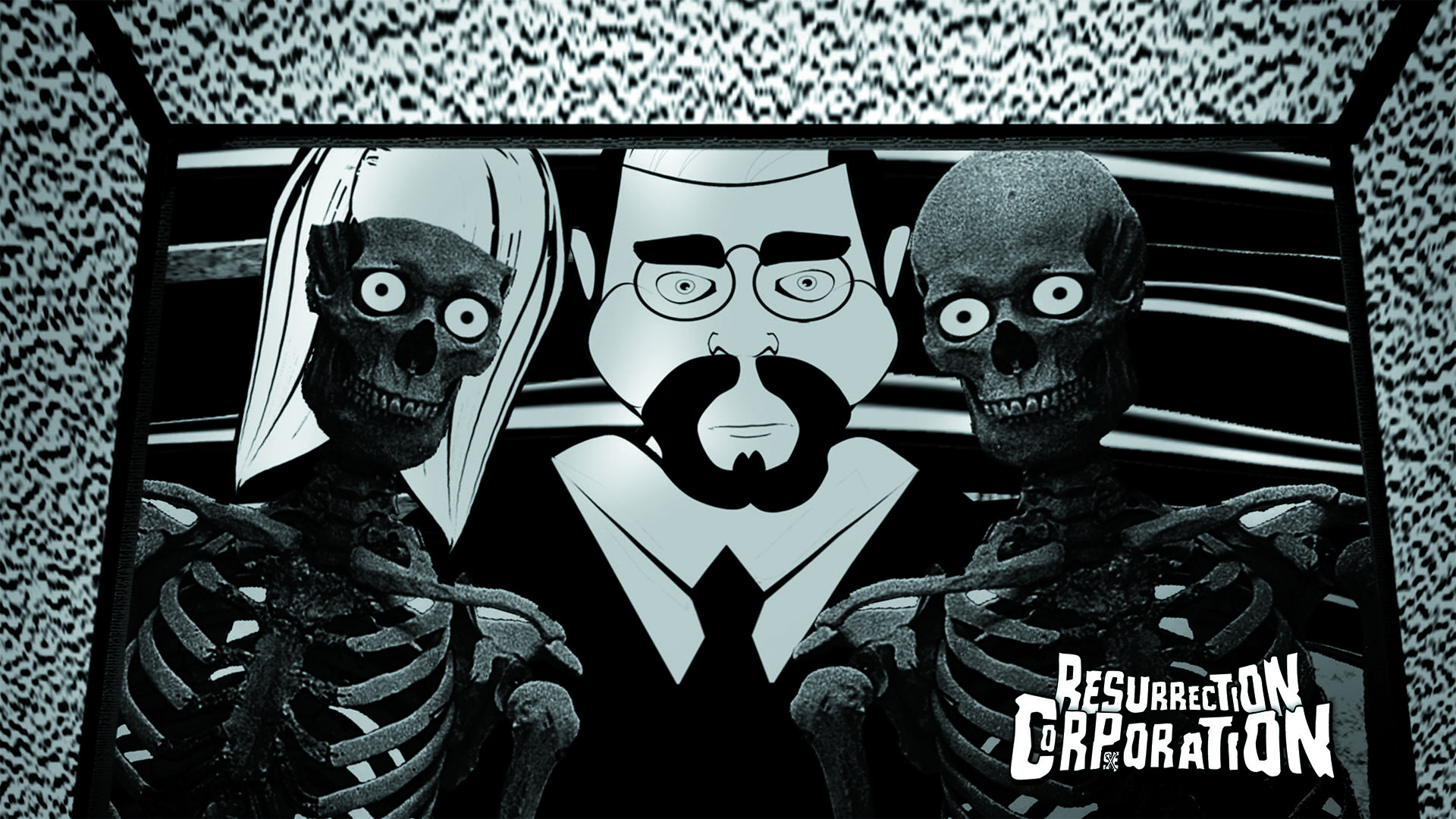 The idea I had in my mind when I started working on Resurrection Corporation was to adapt Edgar Allan Poe’s story The Facts in the Case of M. Valdemar in an animated version, in fact the original title of the project was Neurotic Hypnotic from Beyond the Grave. Entering below in collaboration with the screenwriter Mattia De Pascali, we have outlined the traces of the story that he has elaborated transforming it into the original screenplay.

In 2015, I had already used animation as a cinematic expressive form in Sick Sock Monsters from Outer Space, using cloth puppets as characters, the film had turned out very well and Lloyd Kaufman’s Troma had fallen in love with it to the point of immediately inserting it in their catalog.

On the strength of this success, however, I wanted to make a pure animation film and I was very fascinated by the idea of being inspired, as a style, by German expressionist cinema. At this point the protagonist could only be Doctor Caligari, a very explicit homage to Robert Wiene’s masterpiece The Cabinet of Doctor Caligari.

But there is not only this in the film, I wanted to put inside this movie all my passion and love for Mario Bava and Antonio Margheriti’s Italian gothic style, Roger Corman’s cycle of Poe and Jacques Torneur’s horror cinema. A passion that began when, at 12, I shut myself up for a whole afternoon in an old cinema where Wiene’s masterpiece, Nosferatu by Murnau and Vampyr by Carl Theodore Dreyer were shown in a row.

The working of the film started in 2016 and two years later I had finished all the scenes, but the result did not satisfy me, the animation was still too static and needed to be improved so I started from the beginning and started to redo everything and it took another two years to finally complete the film, needless to do it on purpose in 2020 when the 100th anniversary of The Cabinet of Doctor Caligari was released. A twist of fate, perhaps, even if I still think it’s a positive sign and that Resurrection Corporation will be able to give me great satisfaction.